Meta, the parent company of Facebook and Instagram, has repeatedly failed to keep users safe, even as its platforms have contributed to real-world violence and various other harms. Meta frequently boasts about its focus on content moderation policies, yet the company has prioritized new features like the metaverse, short-form video, and artificial intelligence-driven video recommendations, rather than addressing the issues of its current products by developing adequate policies and consistently enforcing them.

On May 25, Meta will hold its annual meeting of shareholders against a backdrop of a less active user base, its slowest revenue growth since its initial public offering, reduced earnings, and, as our latest study suggests: more risk for shareholders as its platforms continue to be plagued by issues that Meta refuses to adequately address, including misinformation, hate speech, and dangerous users.

Over the last year, Media Matters has regularly reported on Meta’s failure to enforce its community standards on Facebook and Instagram (by not identifying, labeling, or removing violations), and we have reported on its very narrow interpretations of these standards, which in some cases were not adequate to begin with.

We compiled all of our reporting from the last year (May 1, 2021, through April 30, 2022) and found over 13,500 violations of Meta’s policies on Facebook and Instagram, with much of the violative content still active or not appropriately labeled. 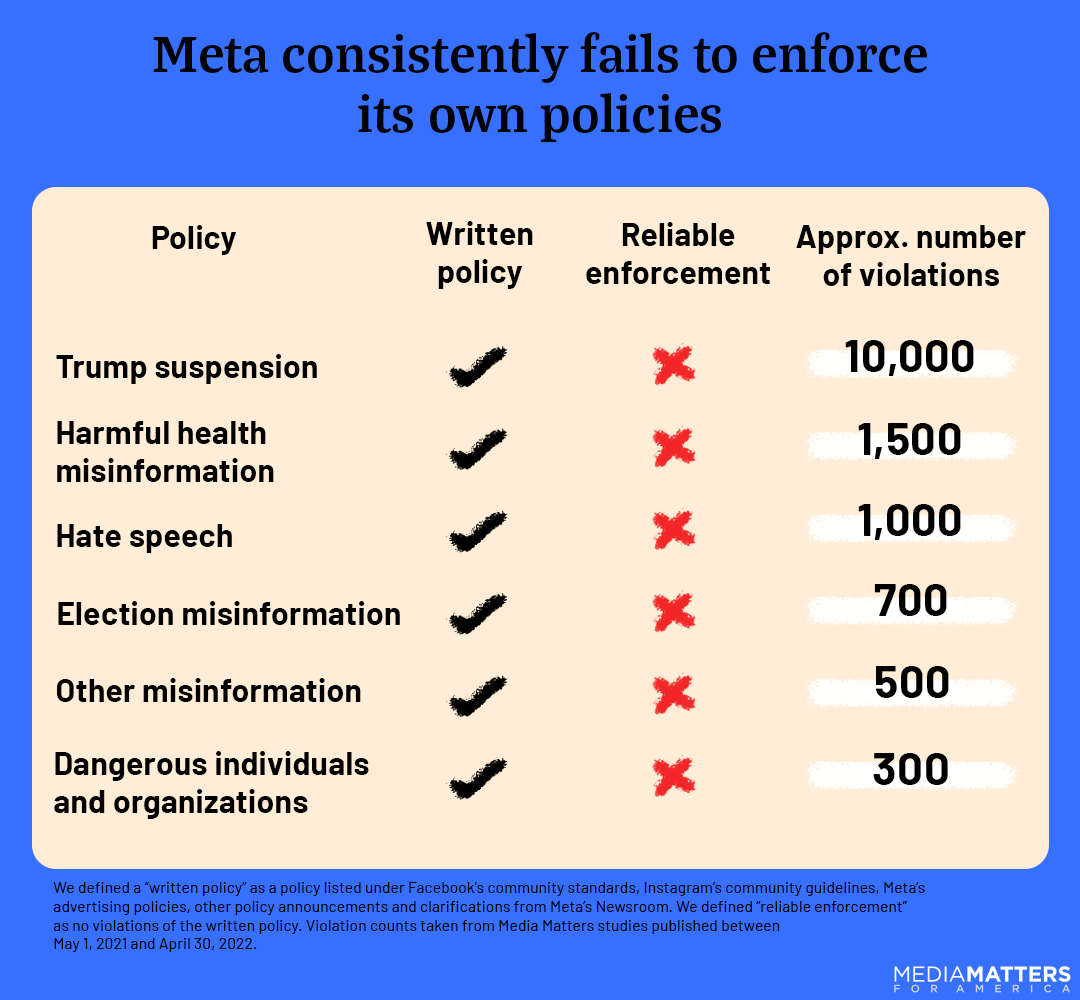 Key findings of our survey include: