Since June 16, Facebook has allowed former President Donald Trump’s political action committee to run thousands of ads on its platform, some of which have similar rhetoric to the election misinformation that contributed to the incitement of violence on January 6 and led to Trump’s two-year suspension from the platform.

Trump’s Save America Joint Fundraising Committee, a joint venture between his Make America Great Again PAC and his newer Save America leadership PAC, ran nearly 2,000 ads on four Facebook pages in the last two months. According to data from the Dewey Square Adwatch tool set, the political action committee paid Facebook anywhere from $25,000 to $220,000 for the ads, which earned between 5.3 and 8 million impressions. (Facebook’s Ad Library reports only a range for spending and impressions for each ad related to social issues, elections, or politics. It does not report an exact number.)

Media Matters previously reported on some of the PAC’s ads, including ads fundraising off Trump’s visit to the border, attacking President Joe Biden, supporting Trump and “the MAGA Movement,” and promoting rallies in Ohio and Florida.

Media Matters’ latest analysis found that Facebook has allowed Trump’s PAC to continue -- and even expand -- its advertising on the platform. The PAC now runs at least eight Facebook pages, five of which were created in June, and is sponsoring Facebook ads on four of the eight pages. 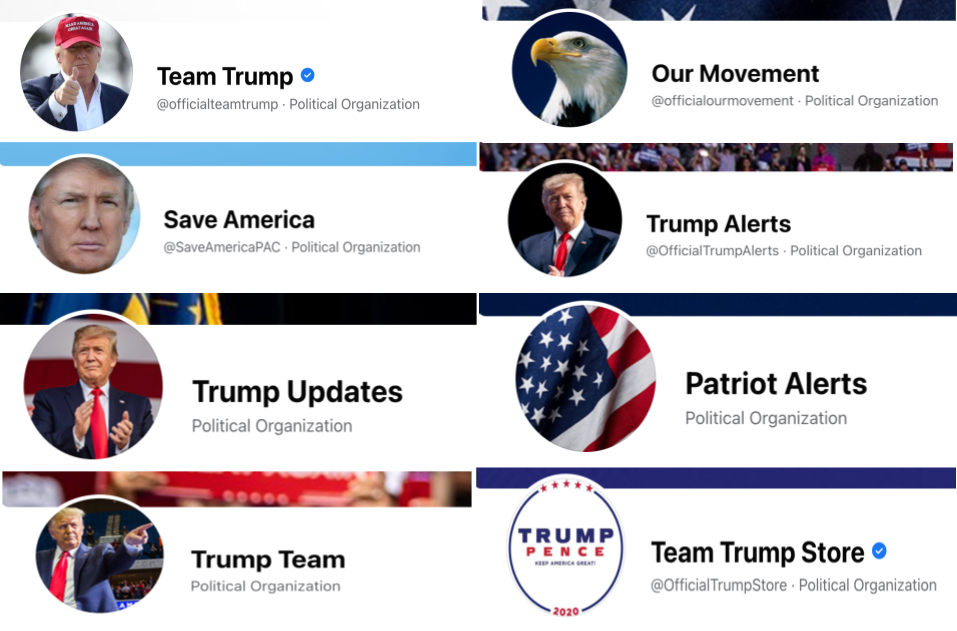 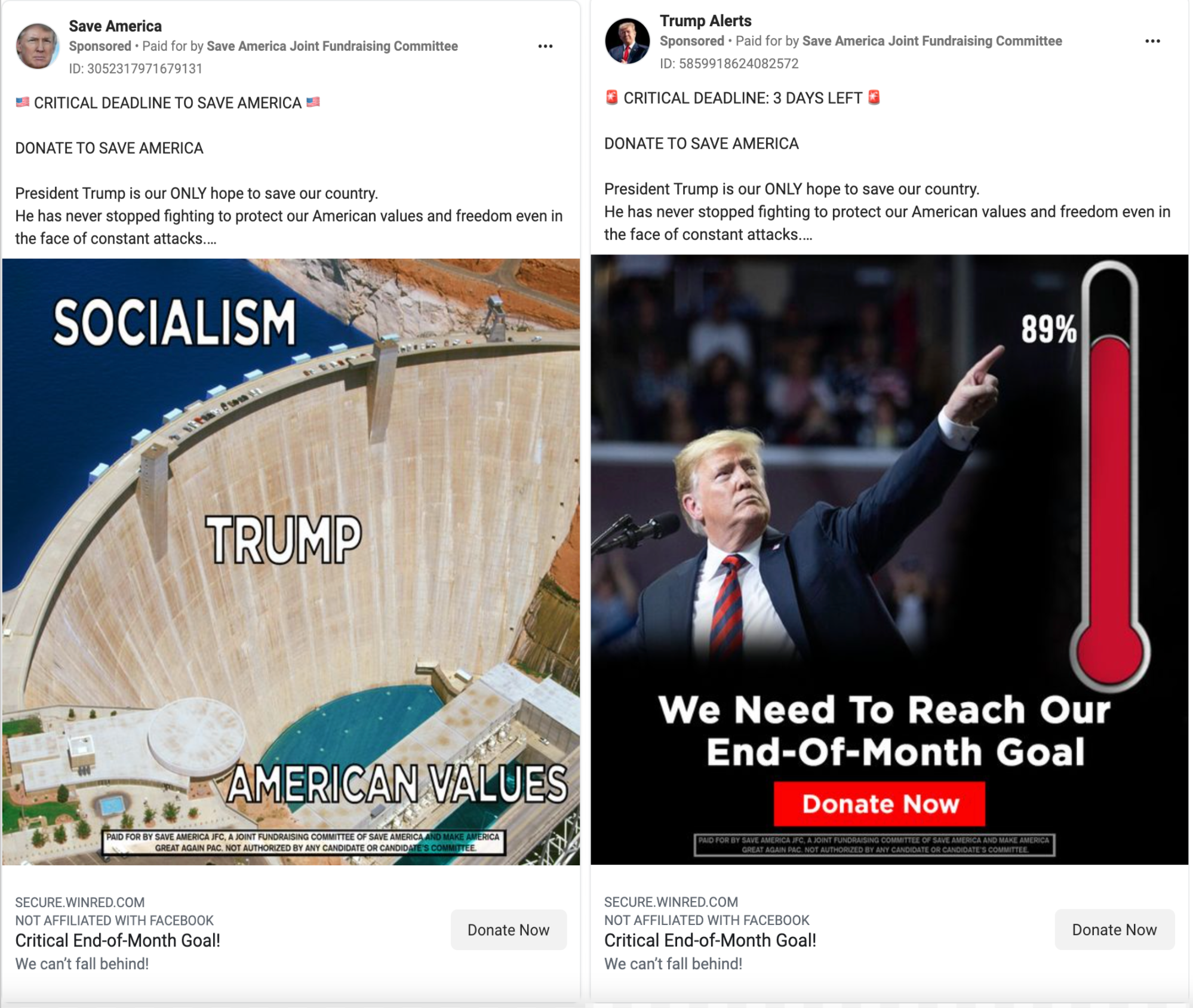 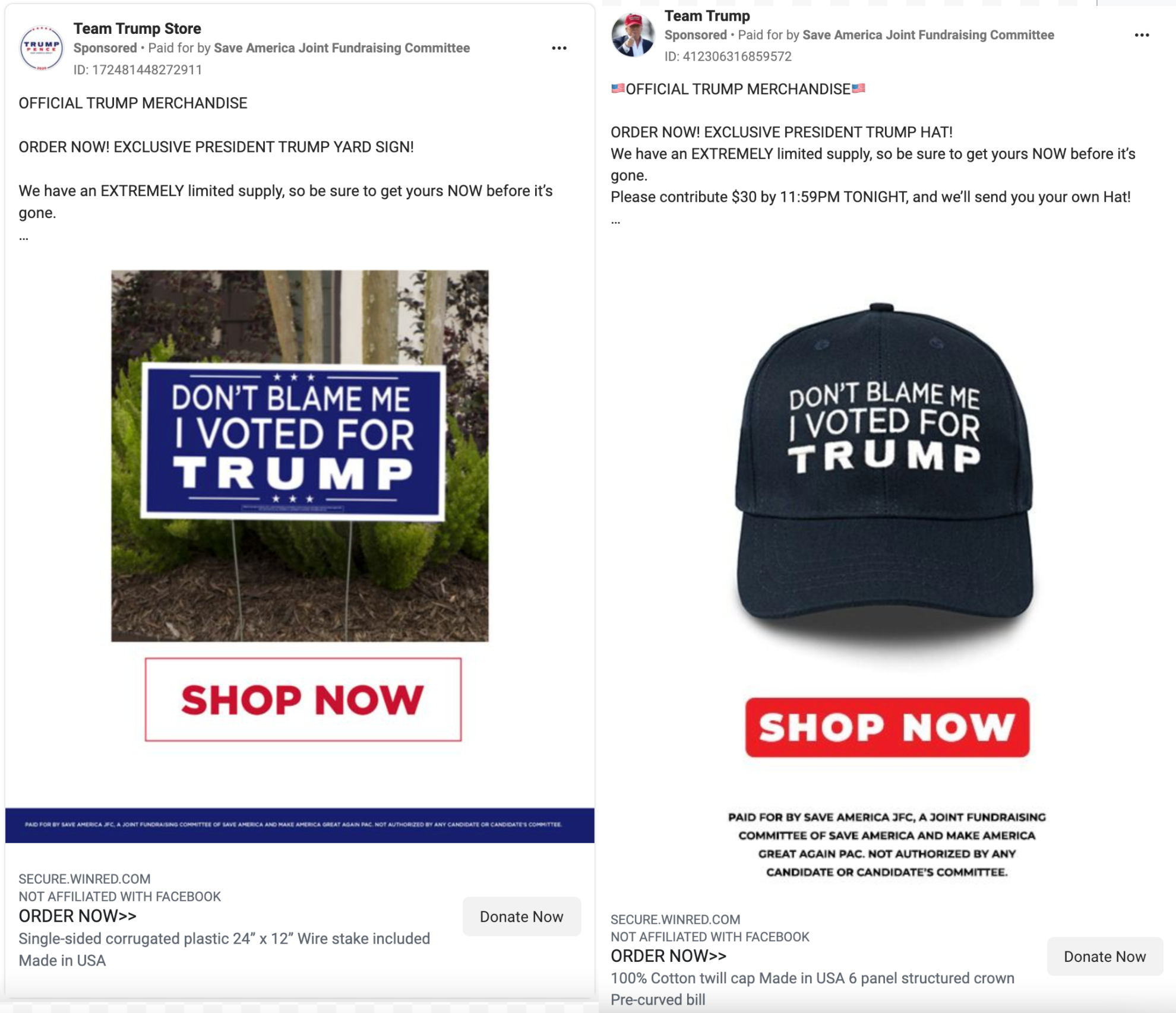 The PAC’s ads include ads promoting Trump’s rallies, attacking policies requiring children to wear masks in school, and attacking tech companies. Some ads even echo the language Trump utilized in the lead-up to the January 6 Capitol attack, calling for people to “defend our elections” and claiming only Trump can “save our country”: 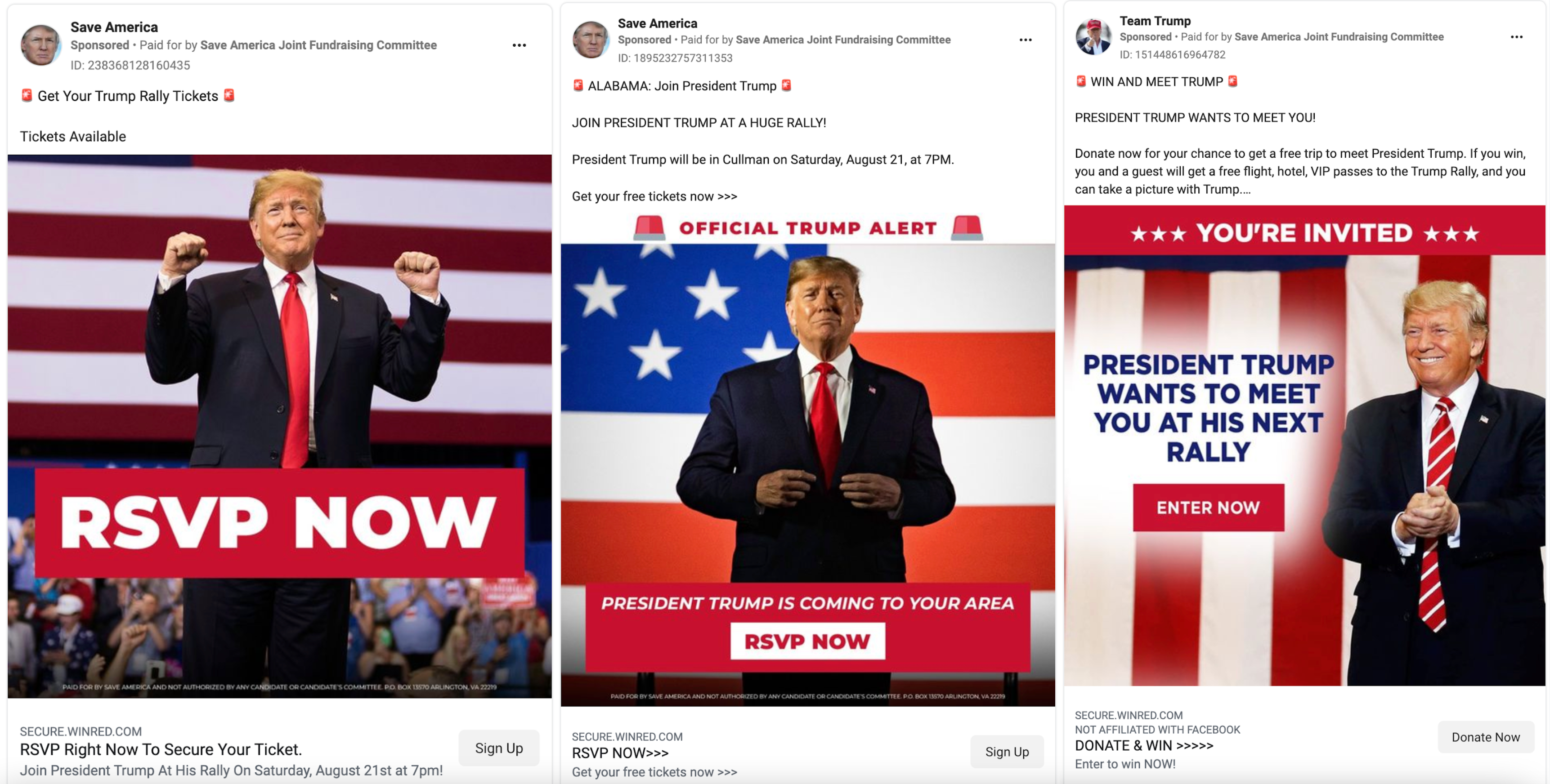 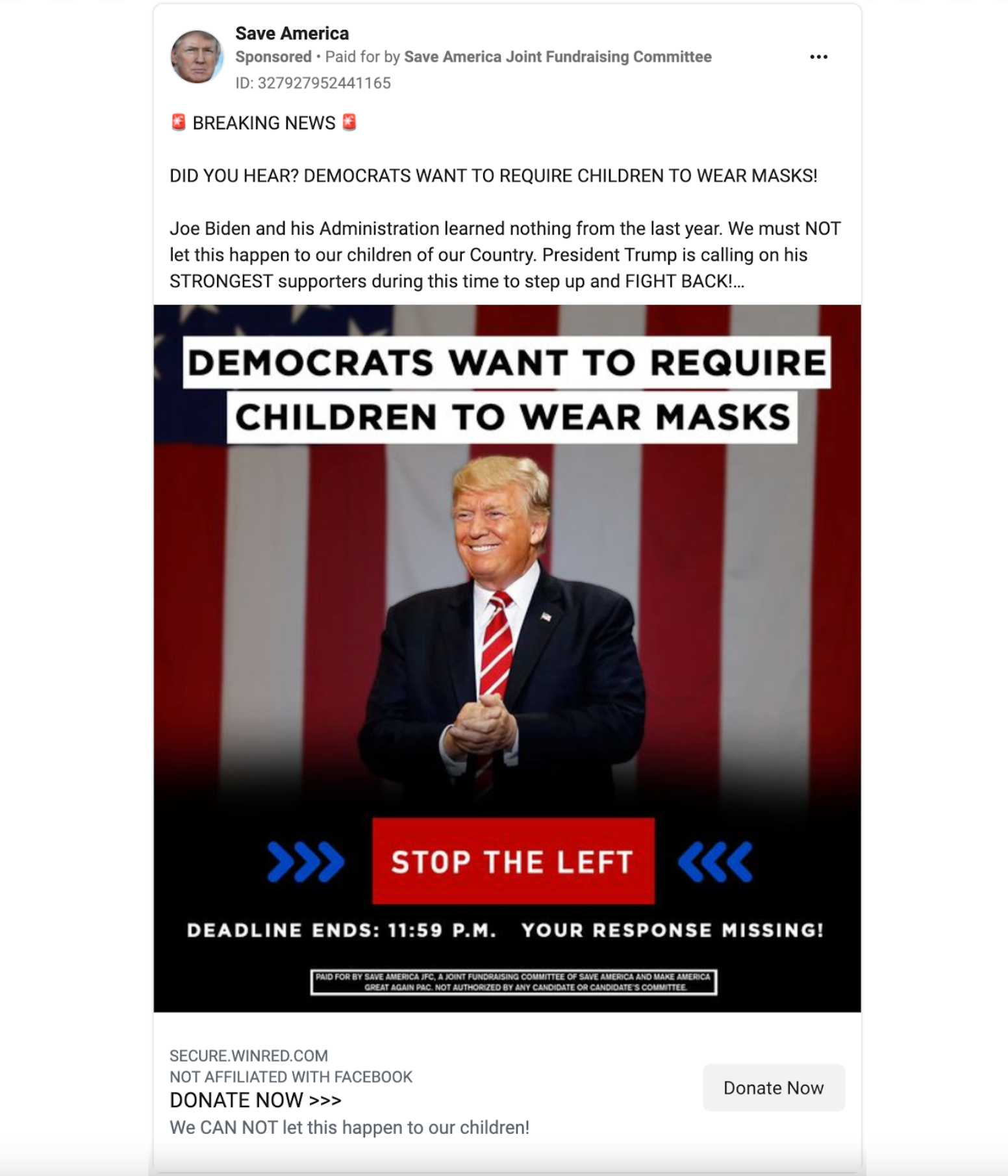 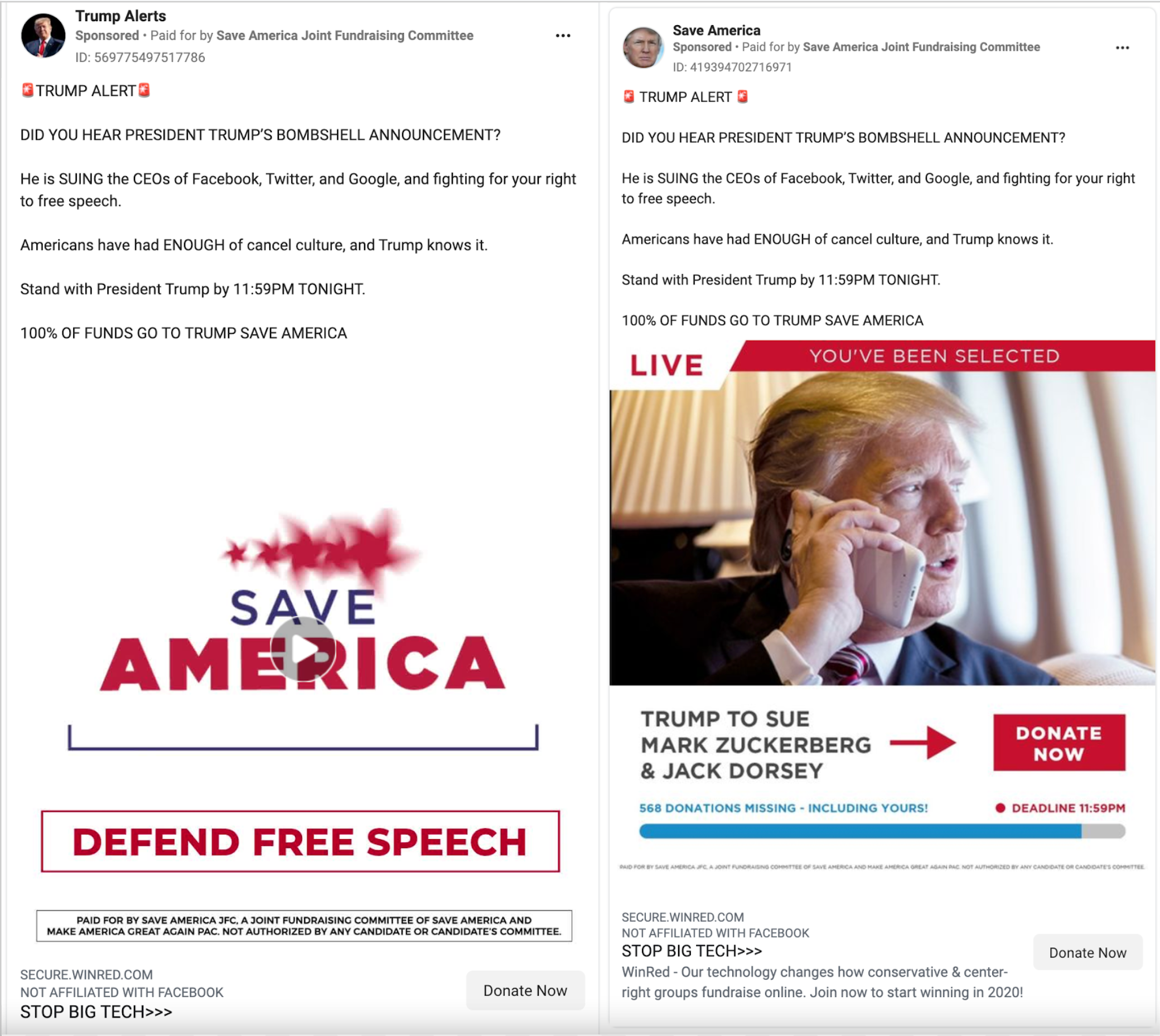 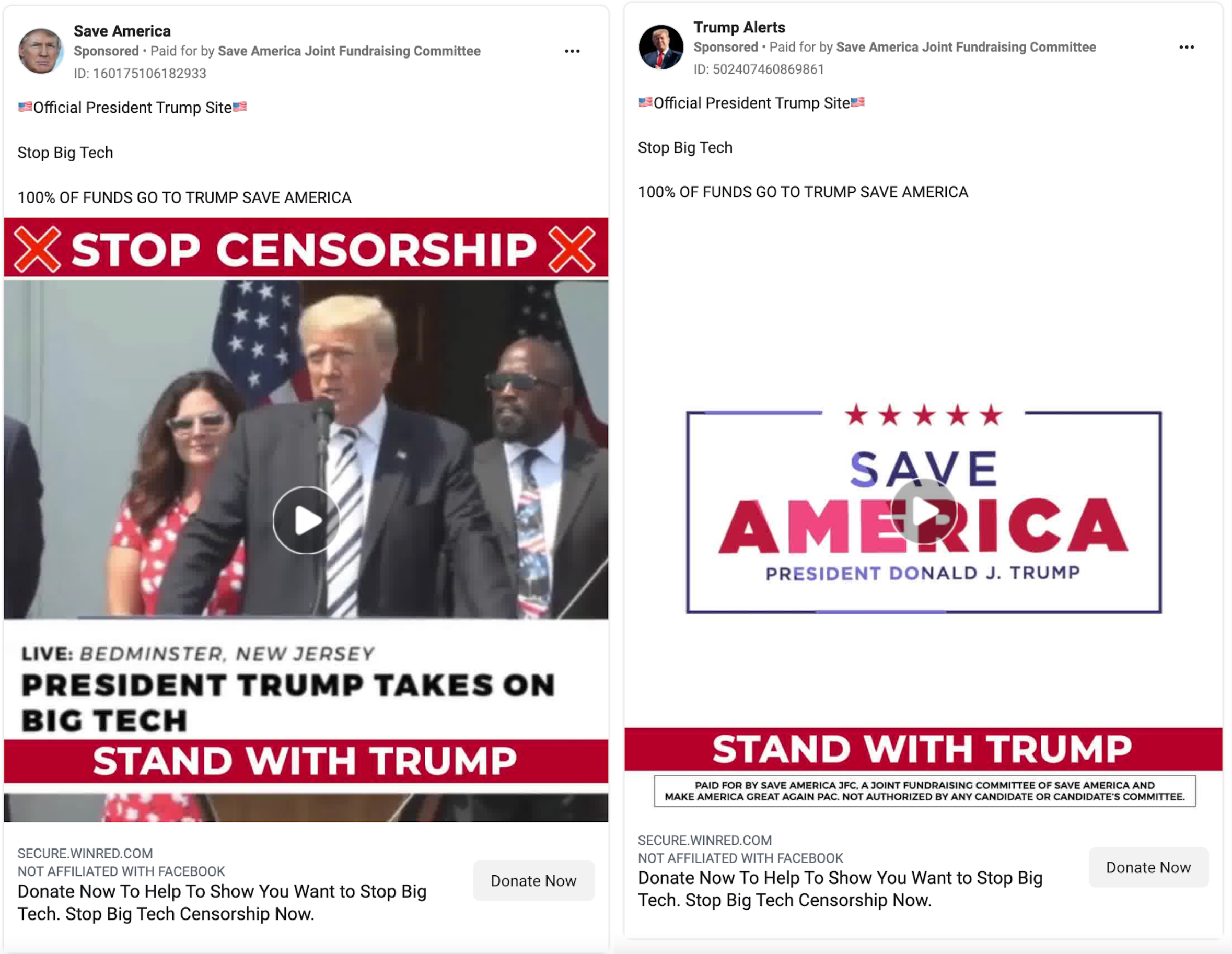 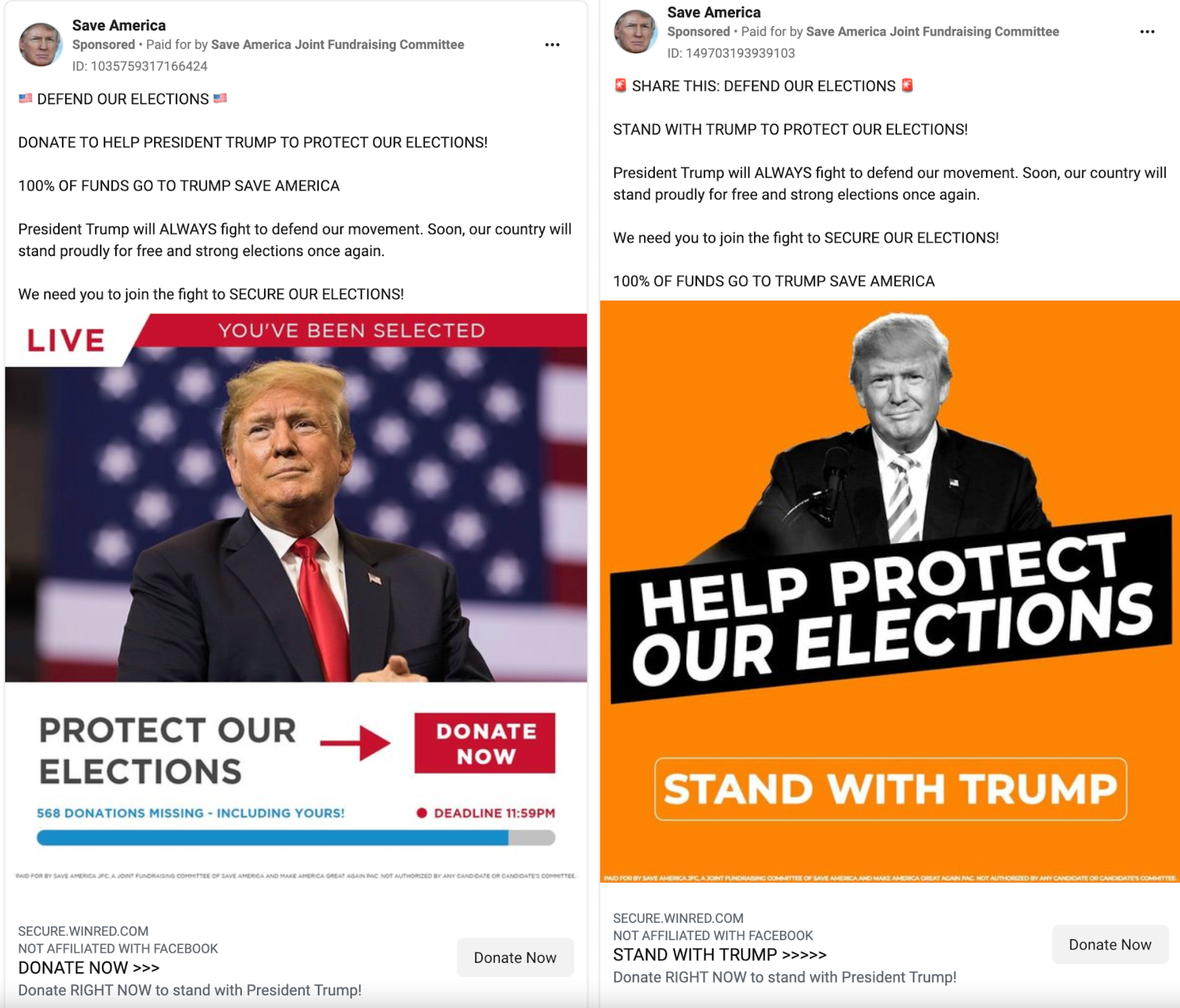 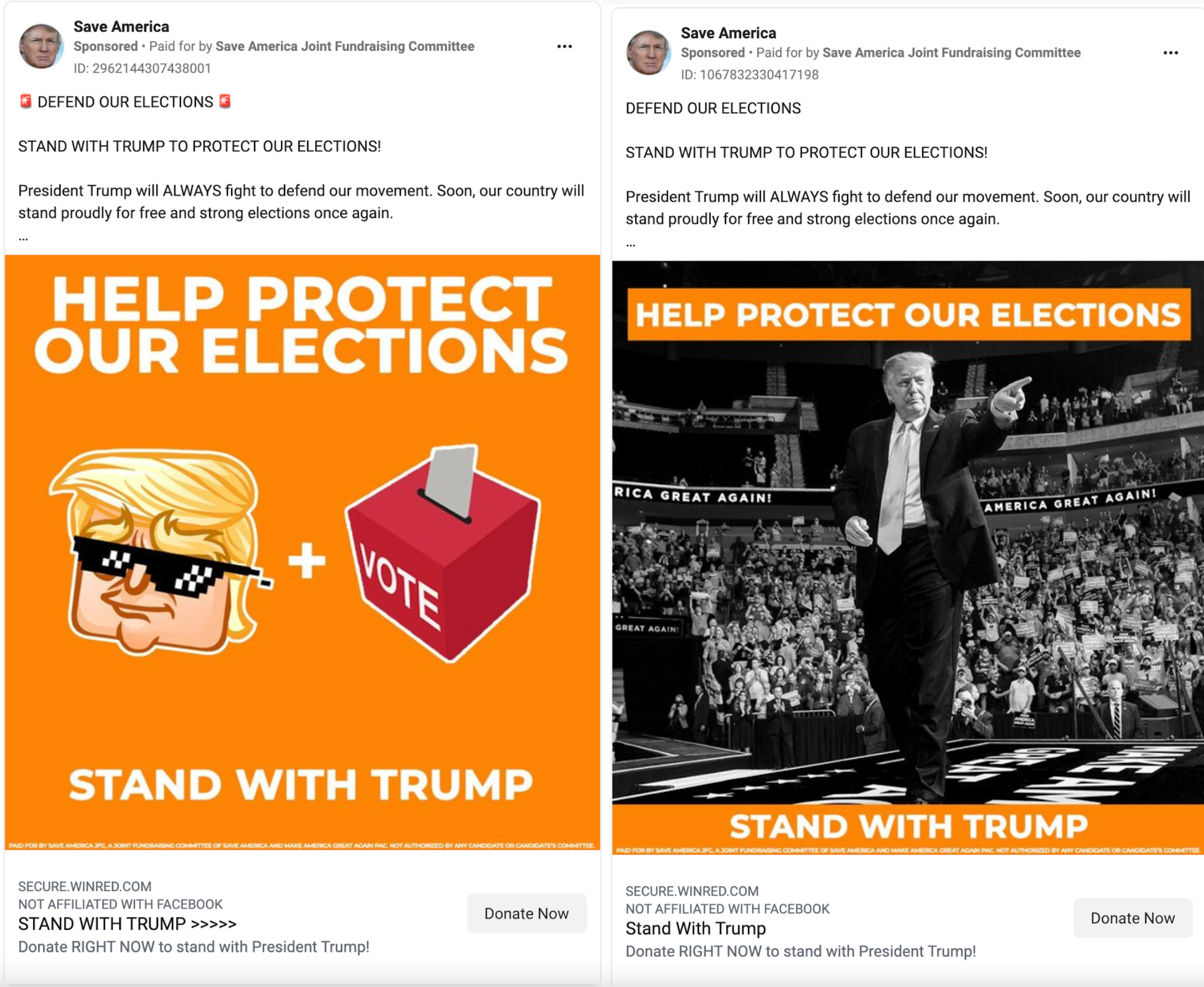 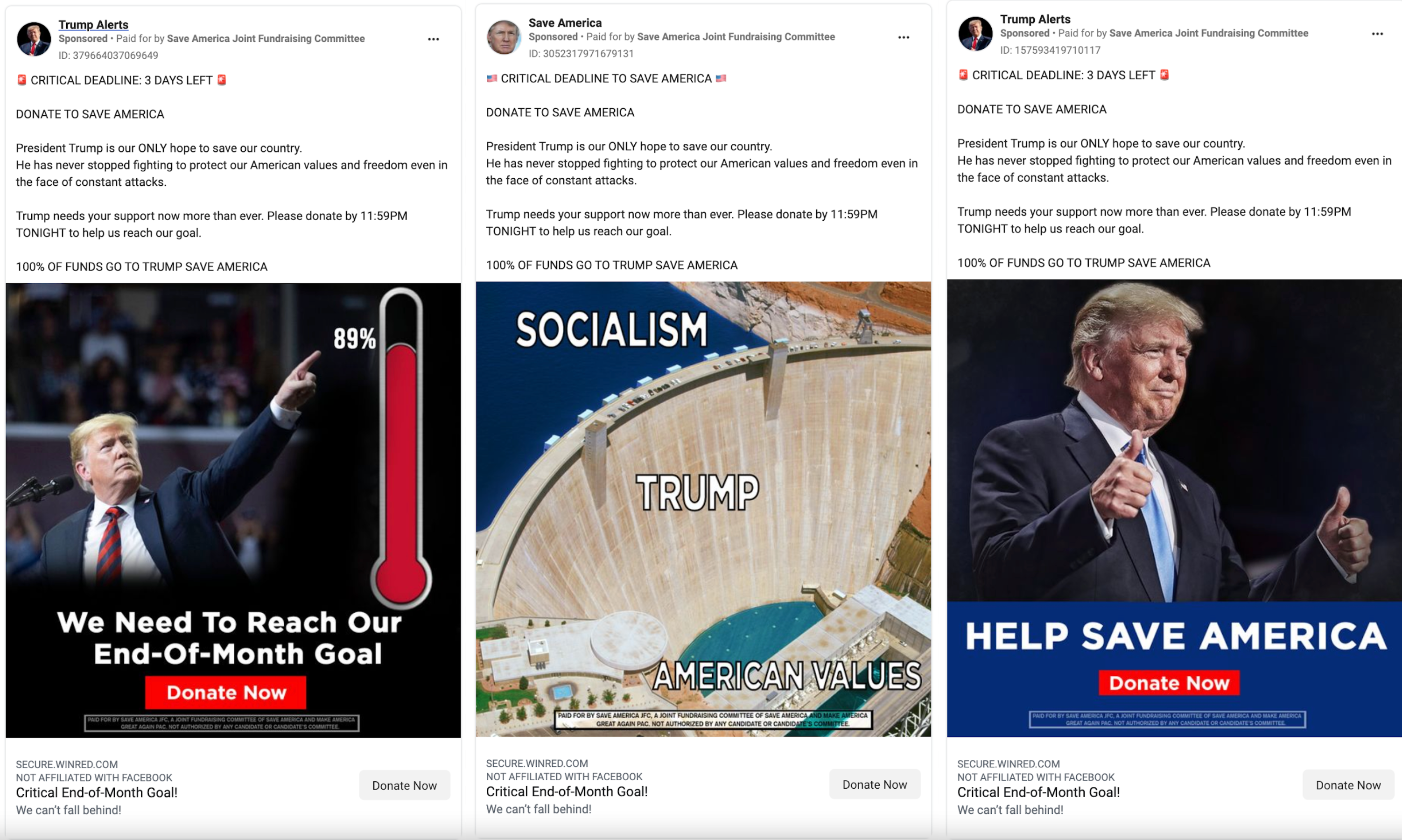