In less than 30 days, former President Donald Trump’s blog failed and was pulled offline after garnering exceptionally low traffic. Given that Trump is currently banned or suspended from major social media platforms, his ability to spread misinformation and extreme rhetoric to millions of users online now depends on Facebook’s upcoming decision on whether to permanently ban or reinstate his account.

After pro-Trump rioters stormed the Capitol on January 6, social media platforms took action against Trump’s accounts, fearing that he would incite further violence. Twitter and Snapchat permanently banned him, while Facebook, Instagram, and YouTube indefinitely suspended him.

On May 4, Trump launched his blog, which his spokesperson touted as “a great resource to find his latest statements and highlights from his first term in office.” But in less than a month, the blog was pulled after reportedly “attracting fewer visitors than the pet-adoption service Petfinder and the recipe site Delish,” according to The Washington Post.

For example, in addition to posting links to the blog and its posts, pro-Trump pages and public and private groups were trying to spread his messaging and misinformation on Facebook by sharing photos and text from his statements. 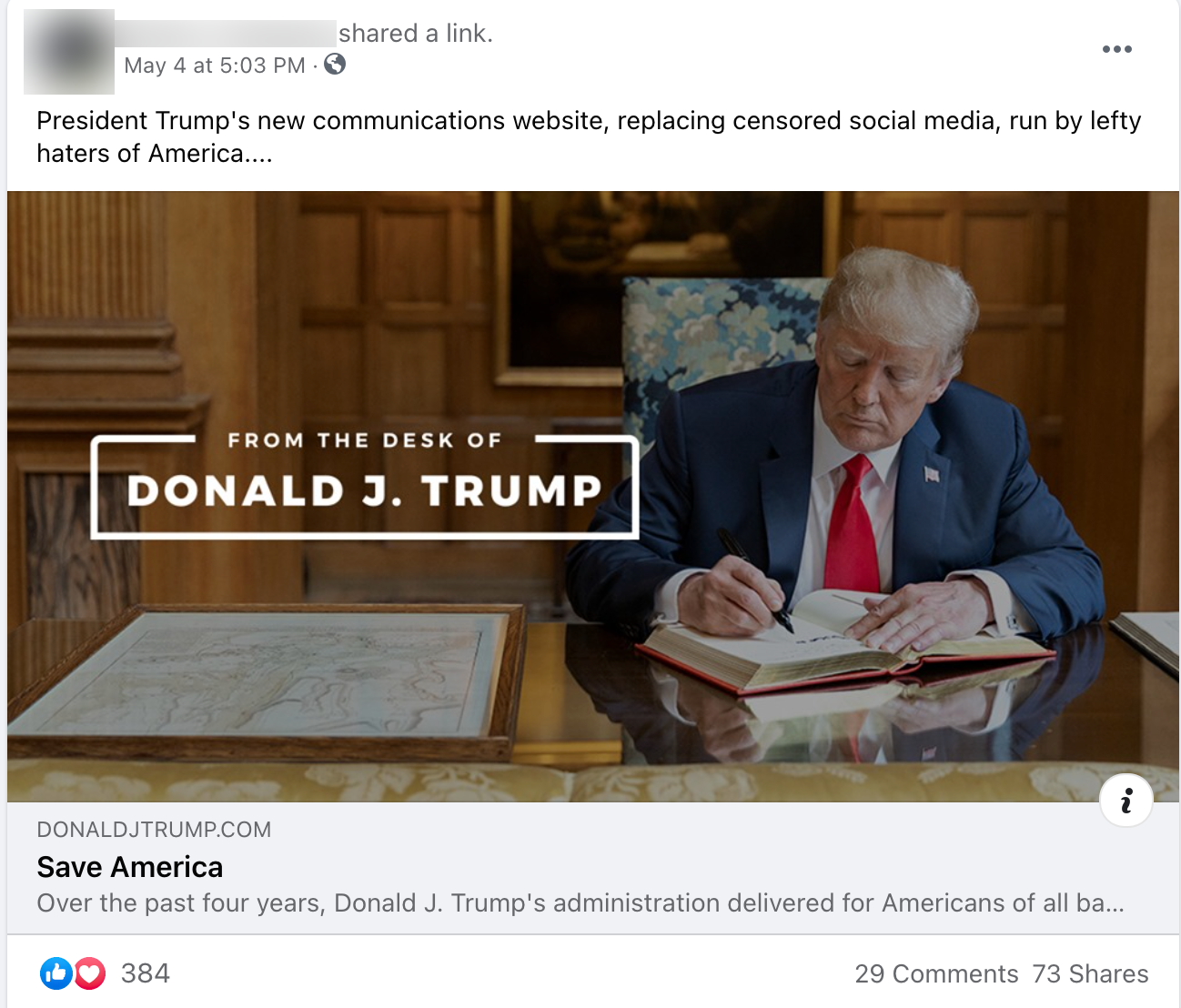 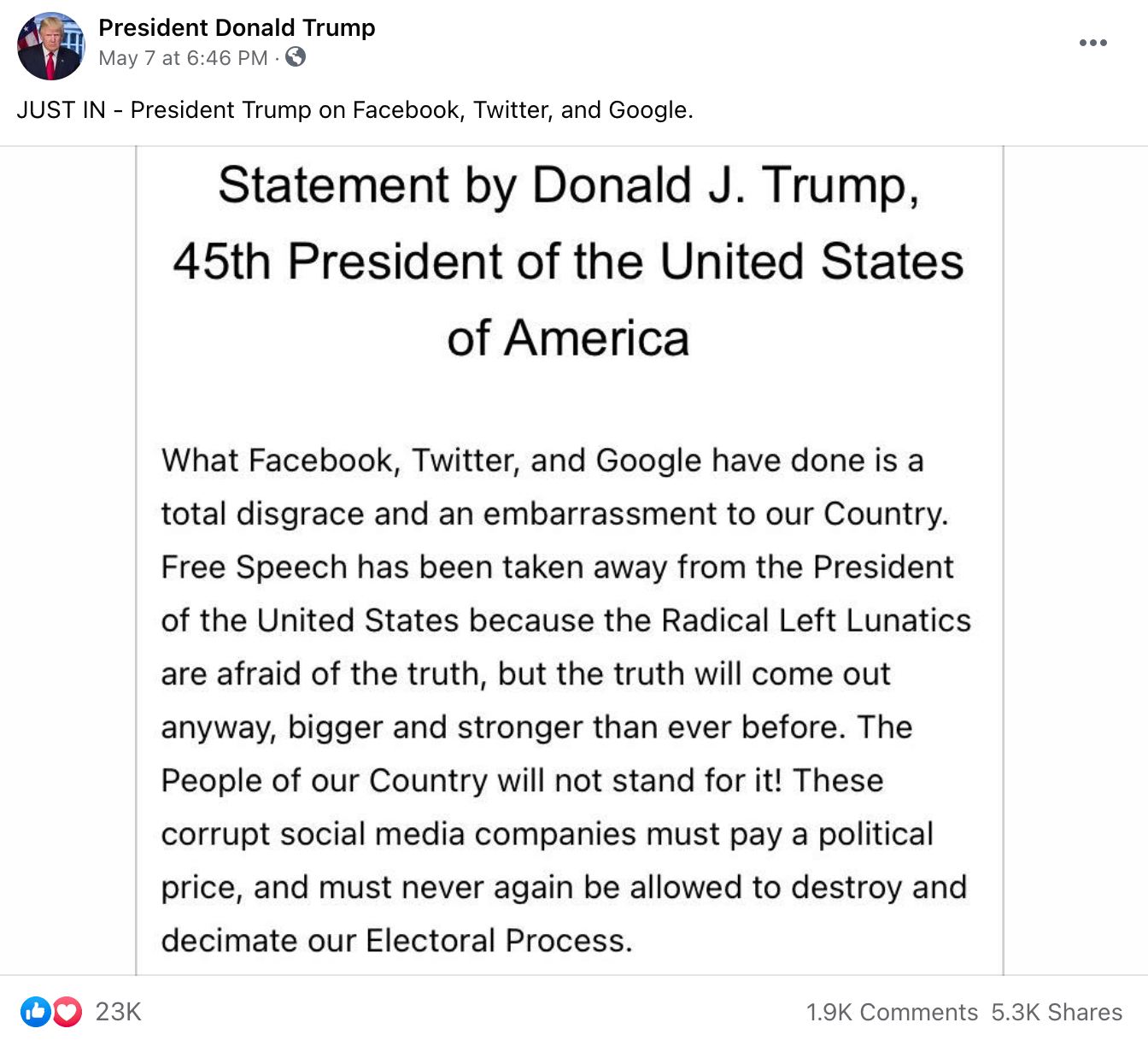 Facebook is currently deciding whether to reinstate Trump’s account or permanently ban him. If Trump’s pattern of posting both prior to the ban and afterward, on his blog, is any indication of his behavior if reinstated, then he will misuse the platform and continue to push extreme rhetoric and dangerous misinformation to the public.