Less than nine months into his suspension on Facebook, former President Donald Trump is using his political action committee to run ads on the platform containing election misinformation, including claiming “the election was tainted” and implying that Trump is “the true president.”

In June, Facebook announced Trump’s suspension from the platform for at least two years, citing his “acts of incitement” and claiming the suspension would “be significant enough to be a deterrent to Mr. Trump and others from committing such severe violations in future.” That same month, Trump’s Save America Joint Fundraising Committee, a joint venture between his Make America Great Again PAC and his newer Save America leadership PAC, started sponsoring Facebook ads.

Kyle Tharp’s newsletter FWIW, which tracks digital spending and strategy in politics, reported on September 24 that the latest ads from Trump’s PAC attempt to undermine the U.S. election process and contain misinformation about the 2020 election, even suggesting that Trump is “the true president.”

Media Matters has previously reported on ads from Trump’s PAC, including ads that Trump used to fundraise and promote his events, ads that attack tech companies or policies requiring children to wear masks in school, and ads that call on Trump supporters to “defend,” “protect,” and “secure our elections.” We found that these previous ads have earned millions of impressions for Trump's message -- and Facebook earned hundreds of thousands in revenue in return.

Our latest study has found that Trump’s PAC has created over 1,600 ads since we last reported in August. Among these new ads, 186 pushed election misinformation, 322 were about Trump’s September rally in Georgia, and 139 were about Trump’s October rally in Iowa. (Trump often pushes election misinformation at his post-presidency political events and rallies.) According to data from the Dewey Square Adwatch tool set, the PAC paid Facebook at least $93,000 for these 647 ads, which earned at least 2.9 million impressions. 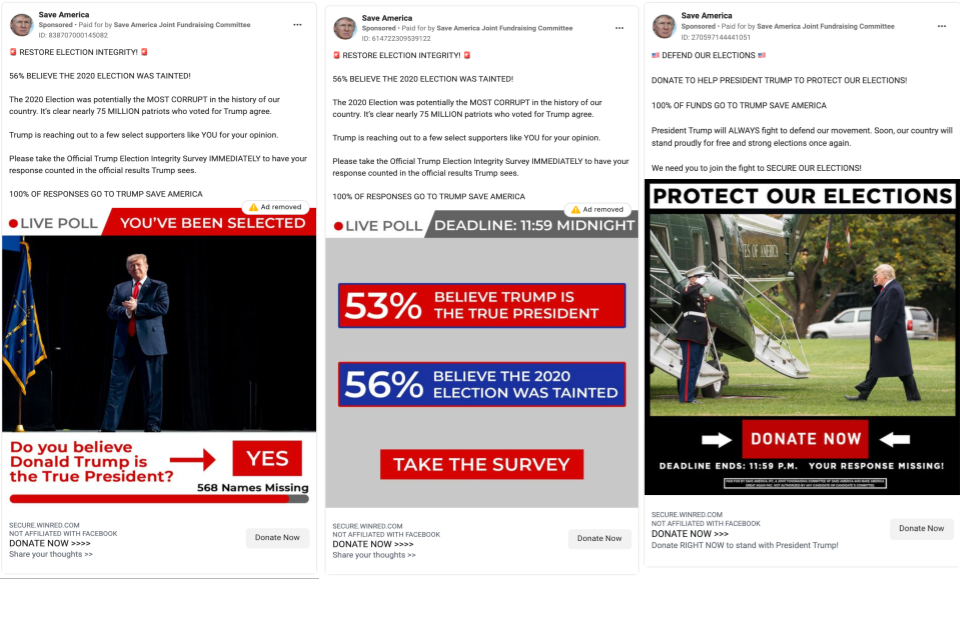 Facebook removed 35 of the ads that claimed the election was “tainted” or Trump is “the true president.” The platform did not remove over 100 other ads that had identical text or image. 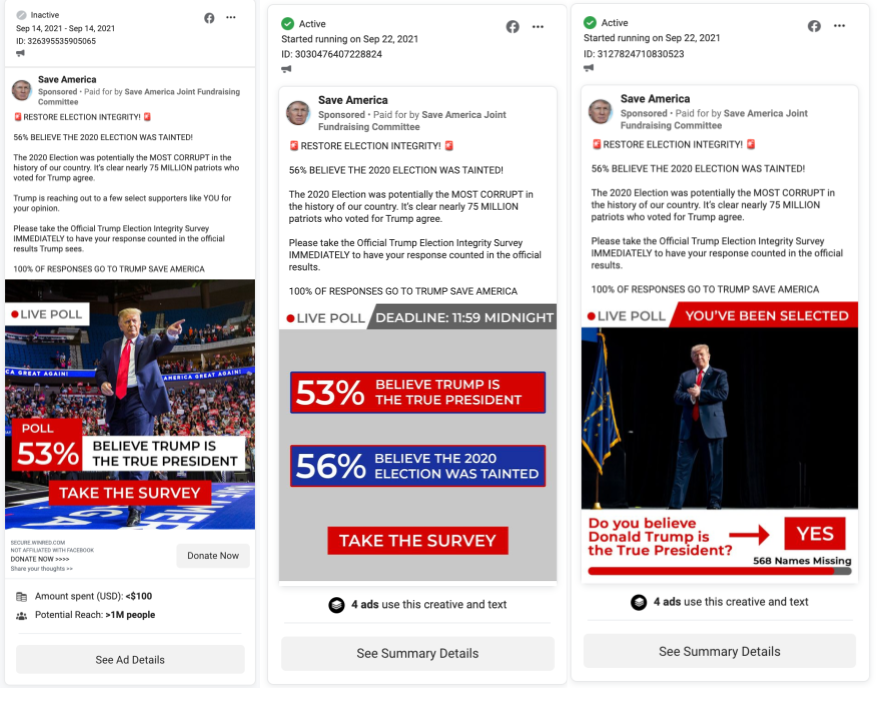 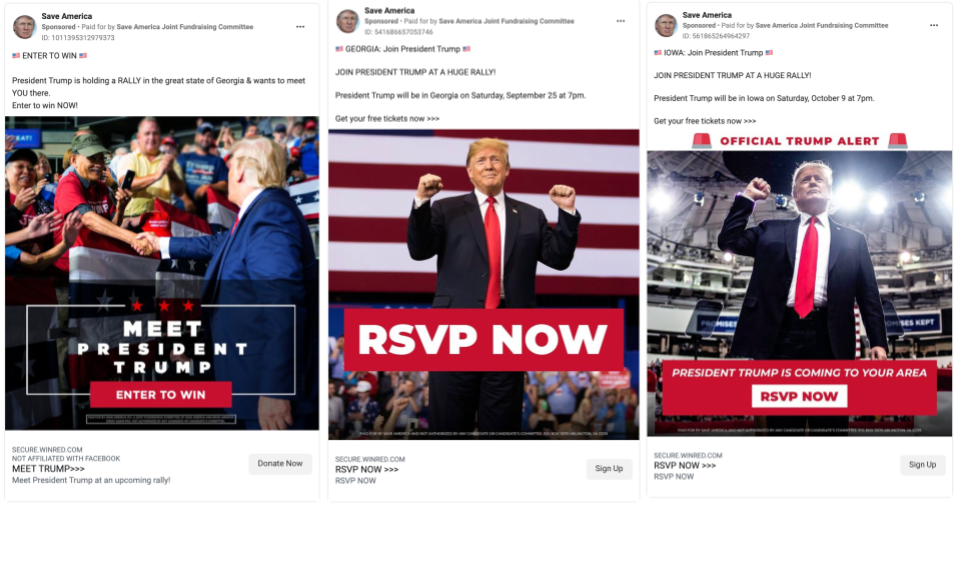 Correction (10/4/21): This piece originally stated that David Tvrdon’s newsletter reported on the ads on September 24. In fact, it was Kyle Tharp’s newsletter.