Known anti-vaccine organizations and figures are promoting “Defeat the Mandates: An American Homecoming” — an event marking their latest push to deter COVID-19 vaccination efforts — across social media platforms. These platforms include Facebook, which has repeatedly failed to enforce its policies against COVID-19 and vaccine misinformation, and Telegram and Spotify, which have become home for right-wing extremists and misinformers.

On January 23, anti-vaccine organizations the Children’s Health Defense, the Front Line COVID-19 Critical Care (FLCCC) Alliance, and the deceptively named Vaccine Safety Research Foundation plan on holding an anti-vaccine mandate march and rally in Washington, D.C. The event will likely be riddled with COVID-19 and vaccine misinformation, as speakers and performers scheduled for the march range from Fox Nation host Lara Logan, who recently compared Dr. Anthony Fauci to an infamous Nazi war criminal, to the FLCCC’s Dr. Pierre Kory, who has repeatedly promoted ivermectin as a “first line” medicine to treat COVID-19. Also on the list is right-wing comedian JP Sears, who has claimed that vaccine mandates and freedom are like “oil and water” in that “you either have one or the other.”

Now, the sponsors and organizers behind the march — six prominent anti-vaccine organizations and coalitions — are vigorously promoting the event through platforms such as Facebook, Twitter, Instagram, and Spotify, despite some of these platforms having policies against vaccine misinformation and promotion of events that can cause real-world harm. One of these groups is Robert F. Kennedy Jr.’s Children’s Health Defense, which submitted the permit for the event.

The official Facebook group for the event, “Defeat the Mandates DC,” has over 12,000 members, including many who have been organizing buses and sharing tips for people to find hotels that don’t require proof of vaccinations. Concurrently, the “Defeat the Mandates” Twitter page, with almost 4,000 followers, has been retweeting vaccine misinformation to rile supporters. Fringe platform accounts have also been created for the march on Telegram, Gab, and Rumble, totaling almost 3,000 subscribers. The event has also raised over $200,000 for the “Pandemic Health Alliance” through GiveSendGo, a Christian crowdfunding site. 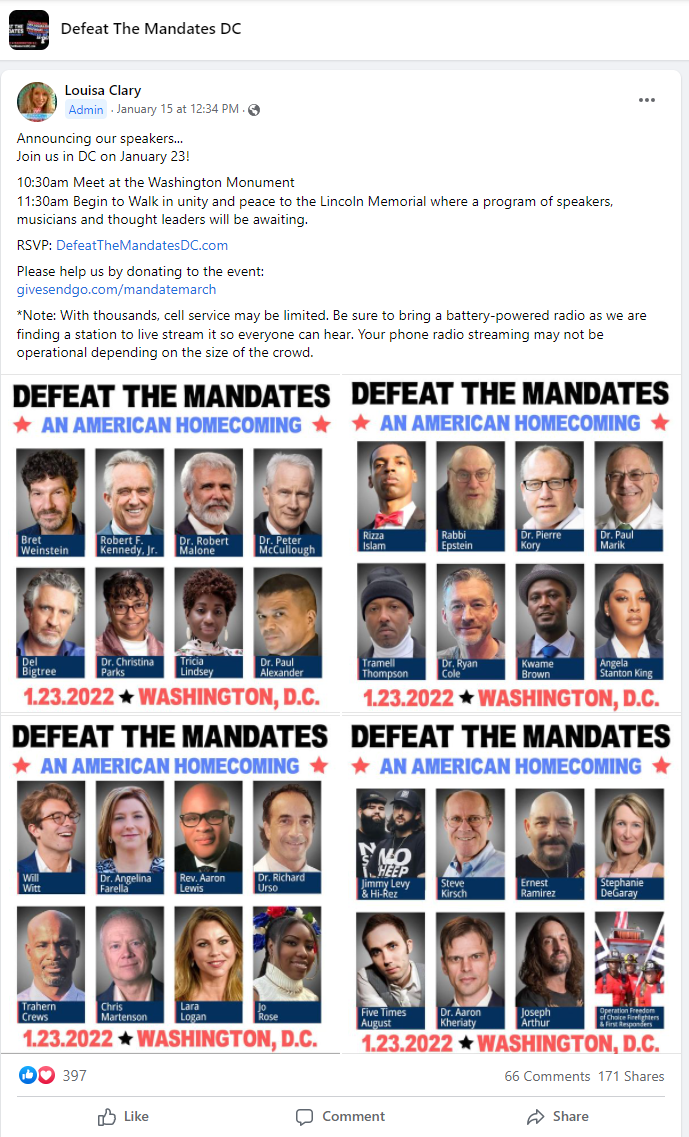 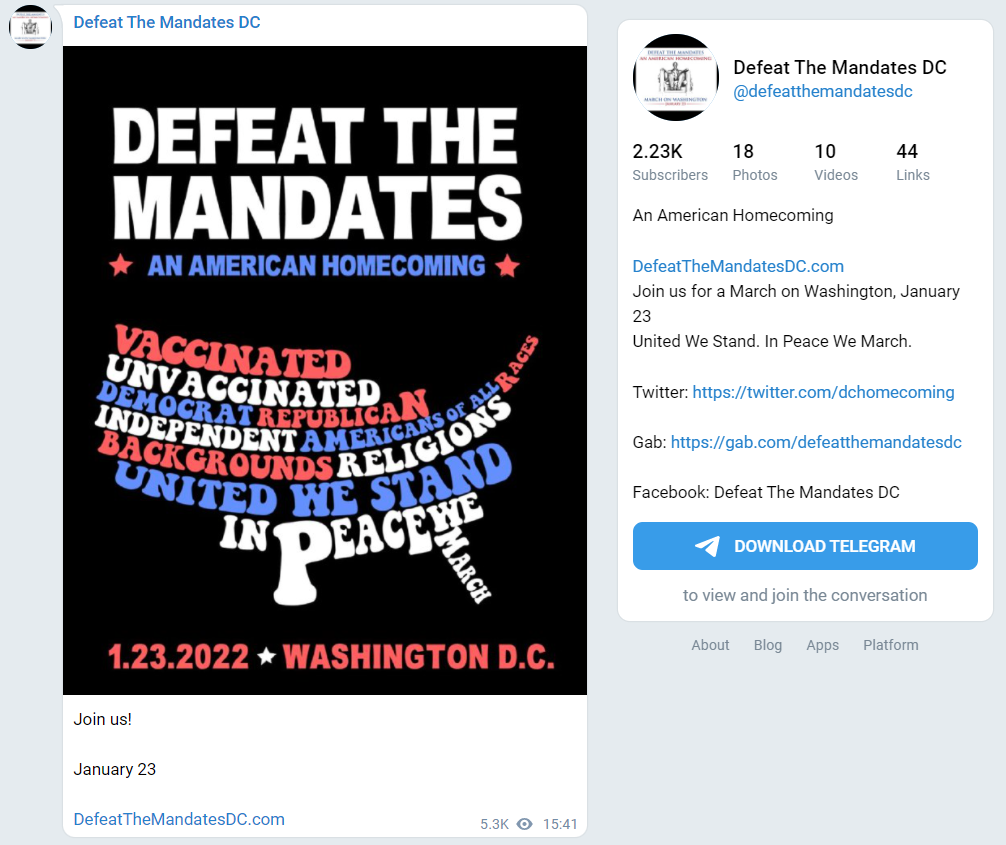 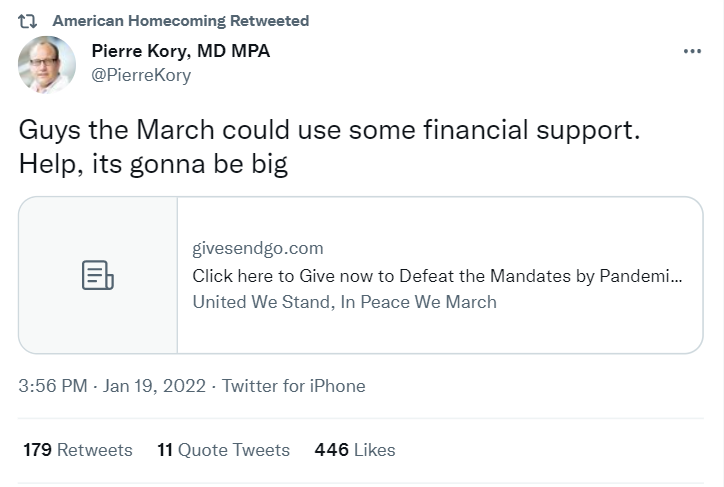 The anti-vaccine event has also been promoted on Spotify, which exclusively hosts The Joe Rogan Experience — a podcast hosted by comedian Joe Rogan that promotes anti-trans rhetoric and COVID-19 misinformation. Event organizers and speakers such as Dr. Robert Malone and Dr. Peter McCullough — both staunch anti-vaxxers who have spread egregious misinformation — went on Rogan’s podcast to promote the march.

This is not the first time the Children’s Health Defense has backed events and protests against COVID-19 vaccines, mask usage, mandates, or lockdowns. In November 2021, the organization tried to organize “Worldwide Walkouts” — leading to at least 65 protests across the country. Some of these events have been in Washington, D.C., but this latest event on January 23 that will be held at the National Mall has additional sponsors and has gotten the attention of fringe right-wing groups, with the far-right group Proud Boys sharing the fliers on its channels.