Despite Facebook's promises and efforts to keep election misinformation off of its platform -- and its renewed claims of victory against such misinformation -- the social media company is still not effectively curbing claims that the 2020 election was stolen. Accounts, groups, and posts on both Facebook and Instagram are pushing the same sort of claims that “Stop the Steal” groups promoted ahead of the January 6 insurrection at the U.S. Capitol.

Facebook Vice President of Content Policy Monika Bickert -- responding to whistleblower testimony that the company dismantled safety systems after Election Day and allowed misinformation to fester up to January 6 -- said she is “very proud” of the work the company did before and after the 2020 election.

But in the months after the election, Facebook took minimal action against election misinformation and efforts to organize and promote “Stop the Steal” events on its platform, despite a clear problem. The company finally made changes after the January 6 Capitol riot, announcing that it would remove content with the phrase “stop the steal” in the lead-up to President Joe Biden’s inauguration, and saying posts attempting to “delegitimize the election results” would be labeled to “reflect that Joe Biden is the sitting president.”

Media Matters previously wrote about Facebook’s narrow interpretation of these policies, noting that the platform’s moderation efforts were limited to hashtags, posts, and groups with the specific phrase “stop the steal.” We've also highlighted Facebook’s failure to label posts pushing election misinformation about the sham Arizona “audit.” Nine months after the insurrection, some users are still finding ways around Facebook’s fact-checking, using phrases such as “stolen election” instead while pushing the same false claims used by the “Stop the Steal” groups behind January 6. Others continue to use the phrase “stop the steal” without any moderation whatsoever.

In fact, Media Matters found 22 public and private groups still active and three groups that are archived that specifically mention “Stop the Steal” or similar language about a “stolen election” in their name or posts, including groups such as “Free Speech Matters or Biden Stole The Election.” These groups have over 1,800 members combined. 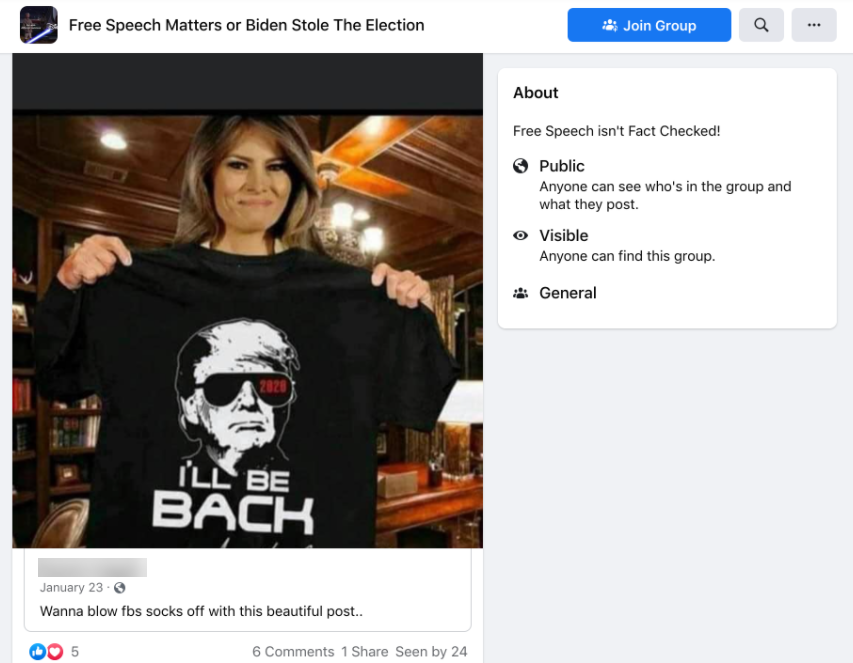 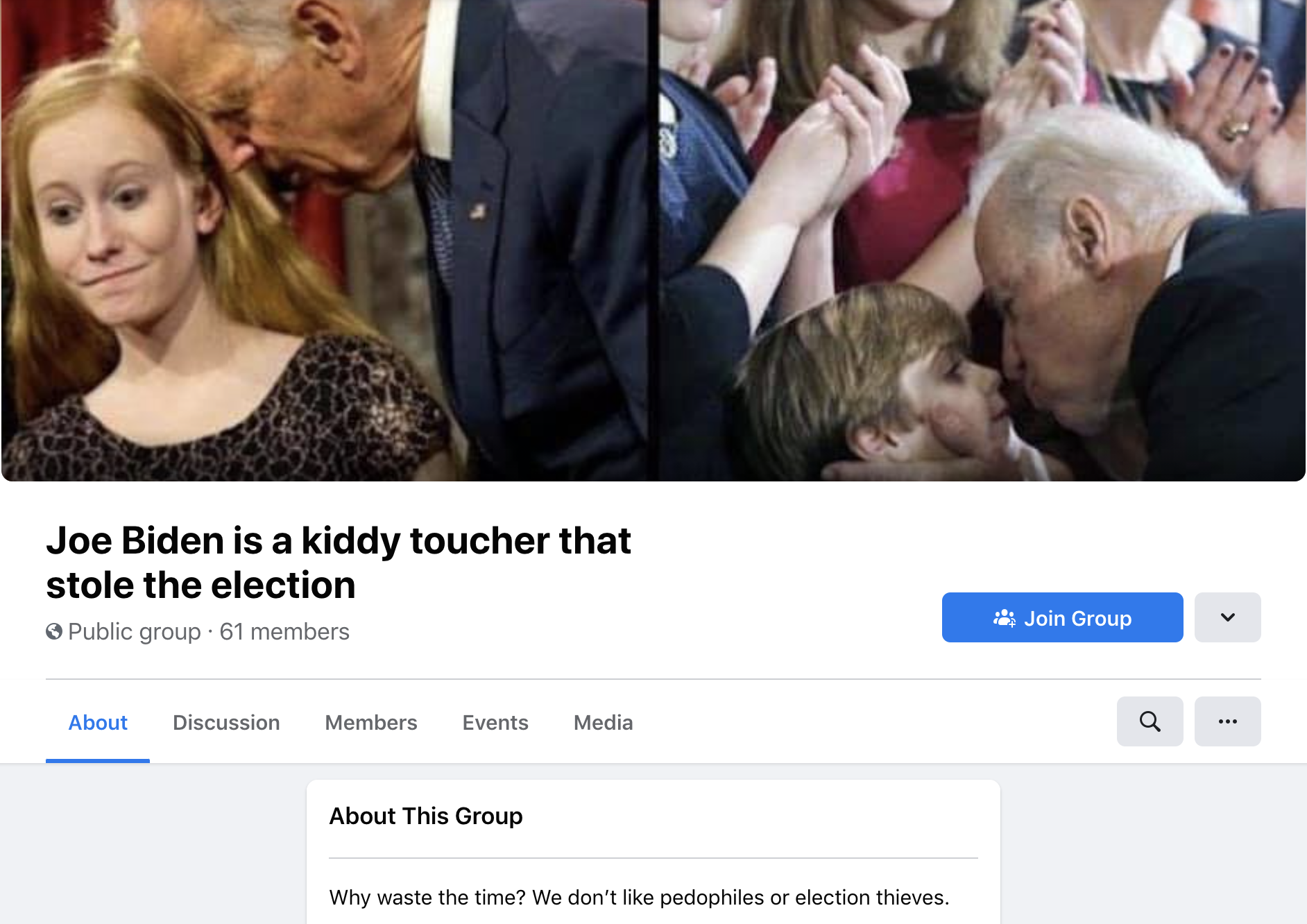 In addition to finding groups dedicated to election misinformation, Media Matters also found that other groups on Facebook are still posting false and debunked claims of election fraud. Posts claiming “a fake election” had stolen “a landslide victory” from Trump or that the election was rigged by a “cartel of traitors and degenerates” remain unlabeled on the platform. 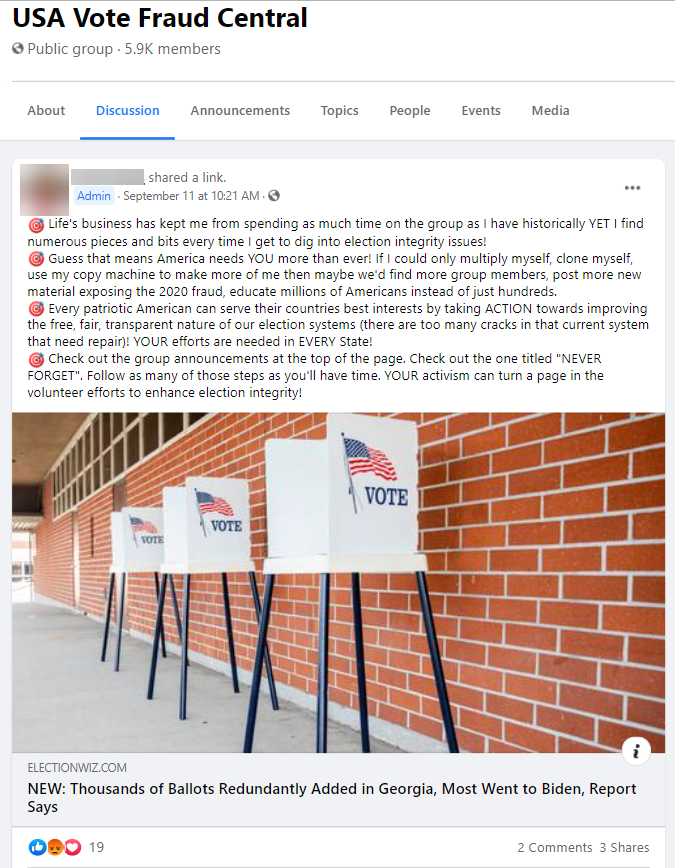 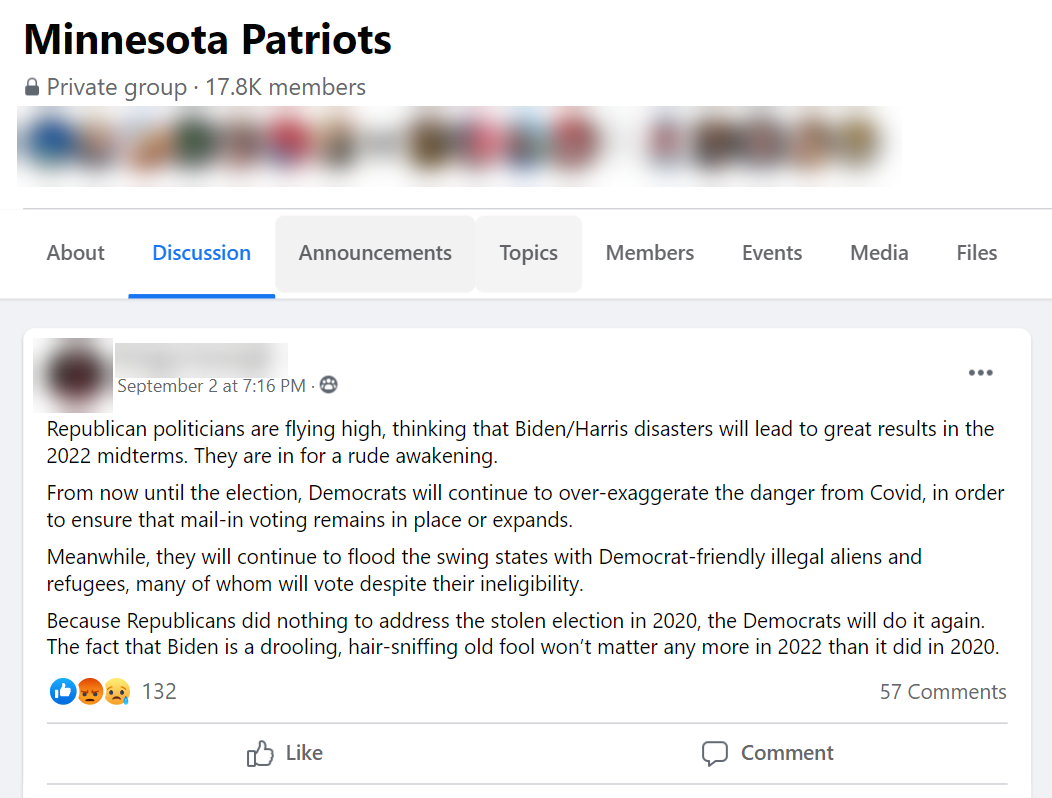 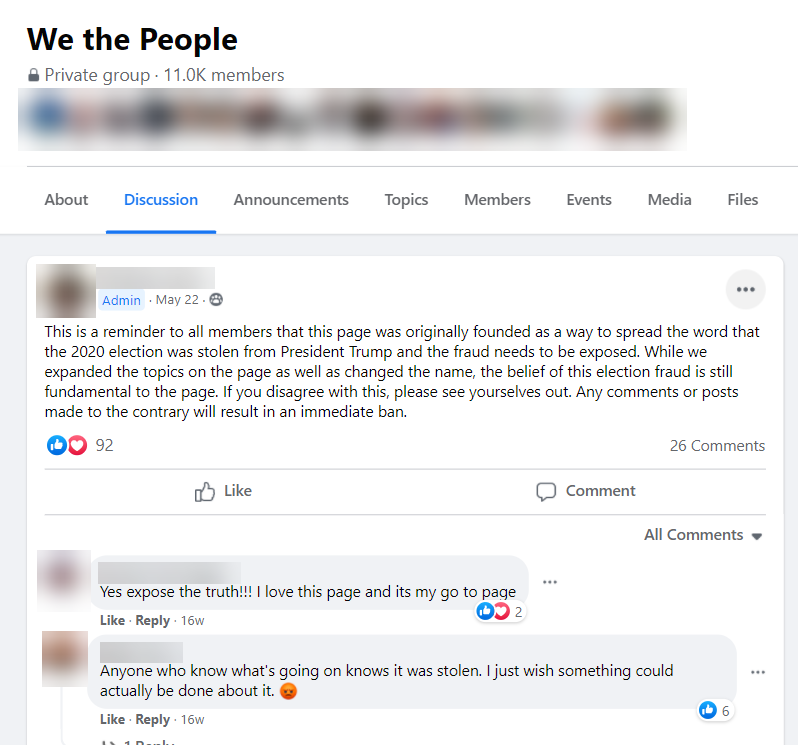 Some right-wing Facebook pages, such as the verified page of anti-Muslim blogger Pamela Geller and the page of Arizona state Sen. Wendy Rogers, have also been discussing the bogus “audit” of the 2020 election results in Maricopa County, Arizona, and pushing false claims that there were more than 173,000 “lost votes.” 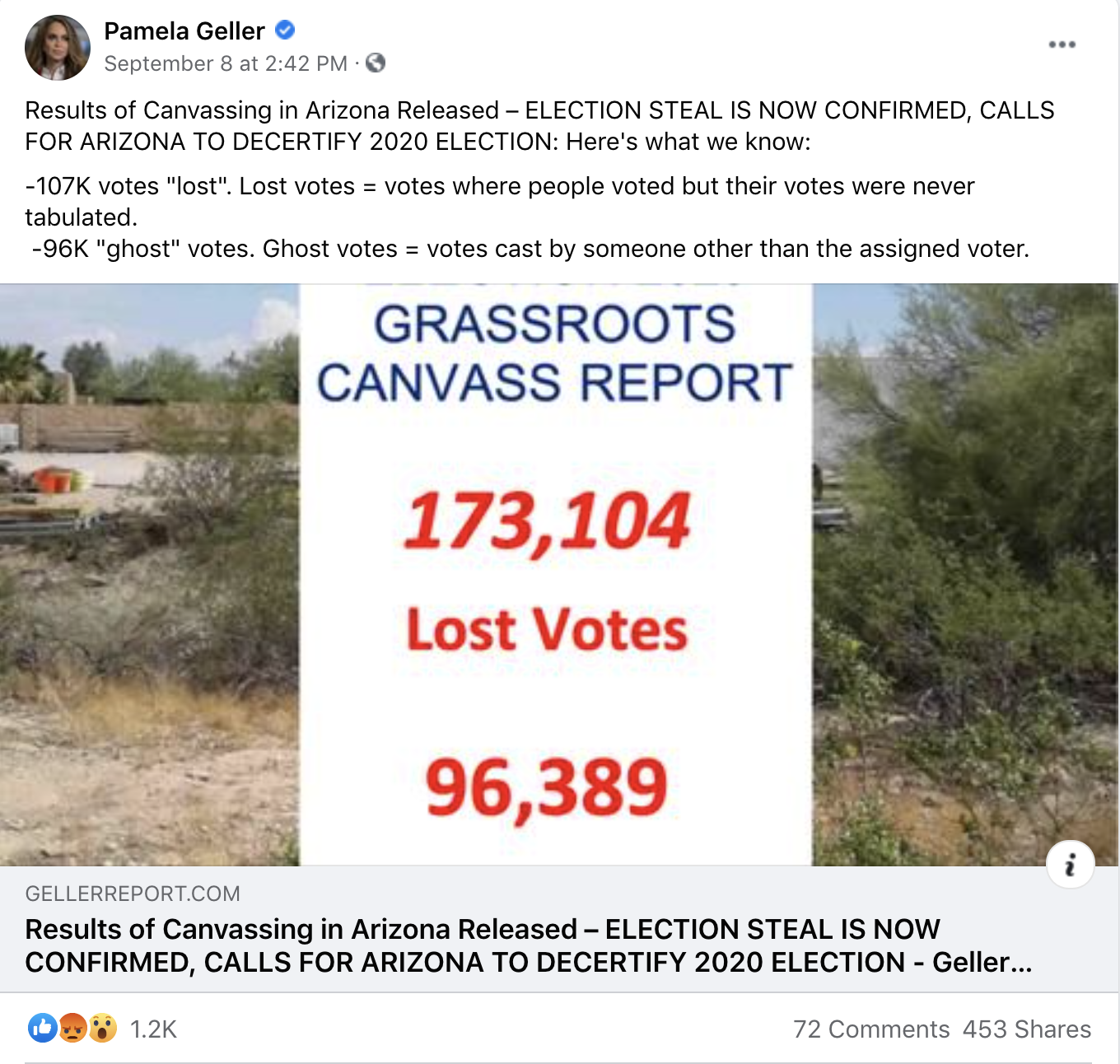 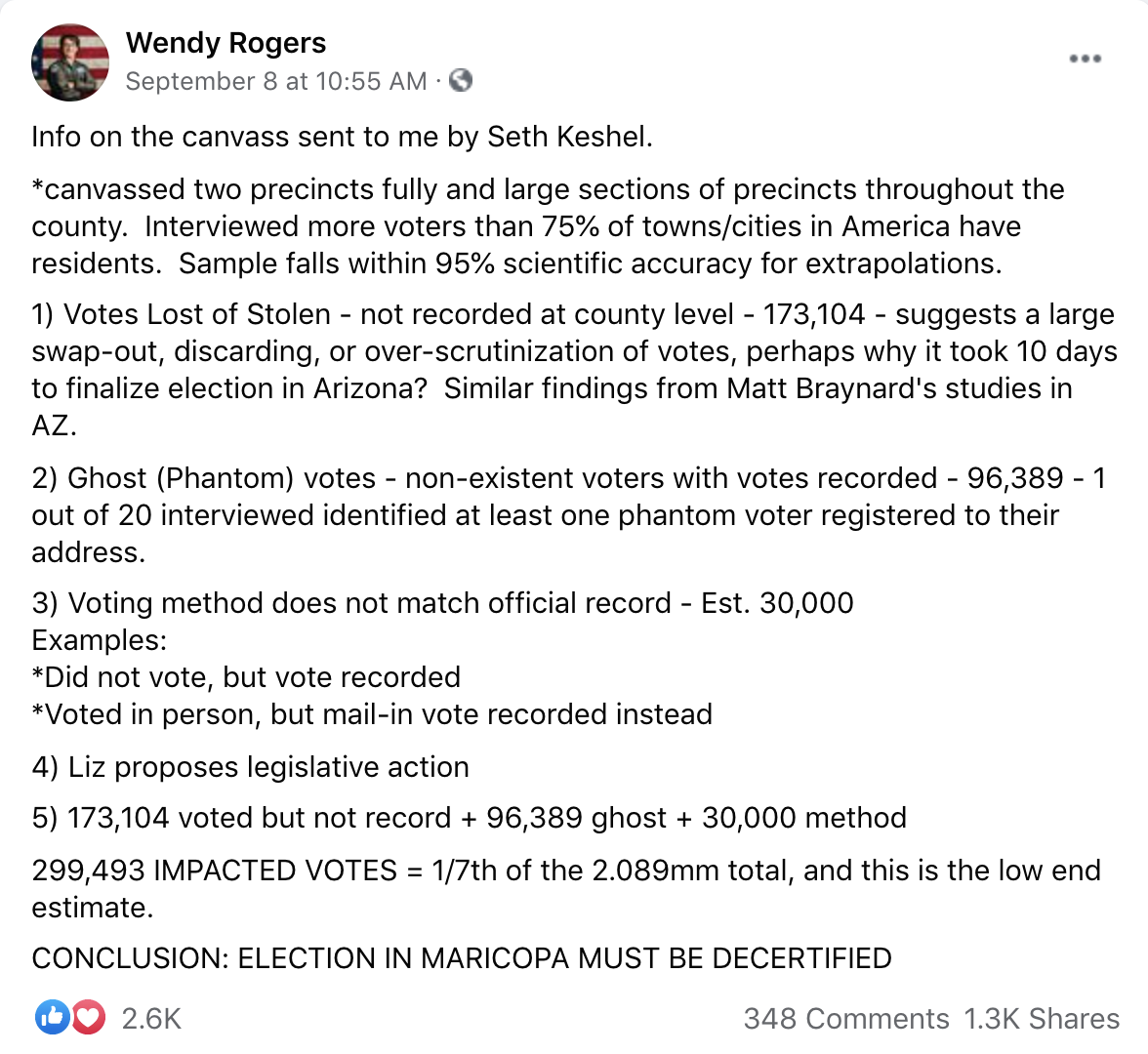 Additionally, some Instagram accounts related to “Stop the Steal” that have posted election misinformation are still online. Facebook owns Instagram and the two platforms share similar moderation policies. Leading up to the 2020 election, for example, Instagram added “Altered” and “Missing Context” labels to warn users of misleading content in an effort to prepare for the discourse that would occur on its platform. While the hashtag “#stopthesteal” has since been taken down, there are now nearly 15,000 posts on Instagram with the hashtag “#stolenelection.” 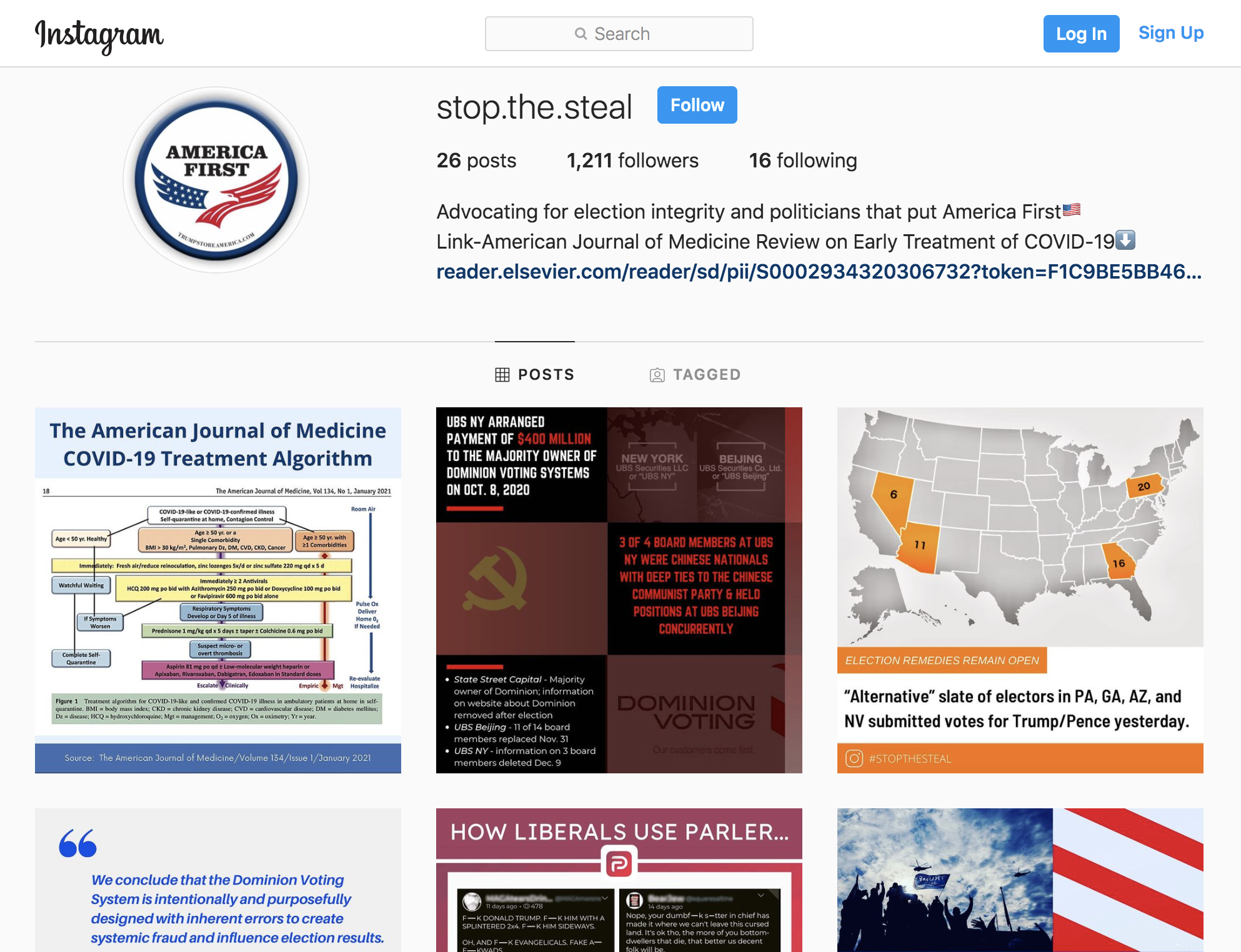 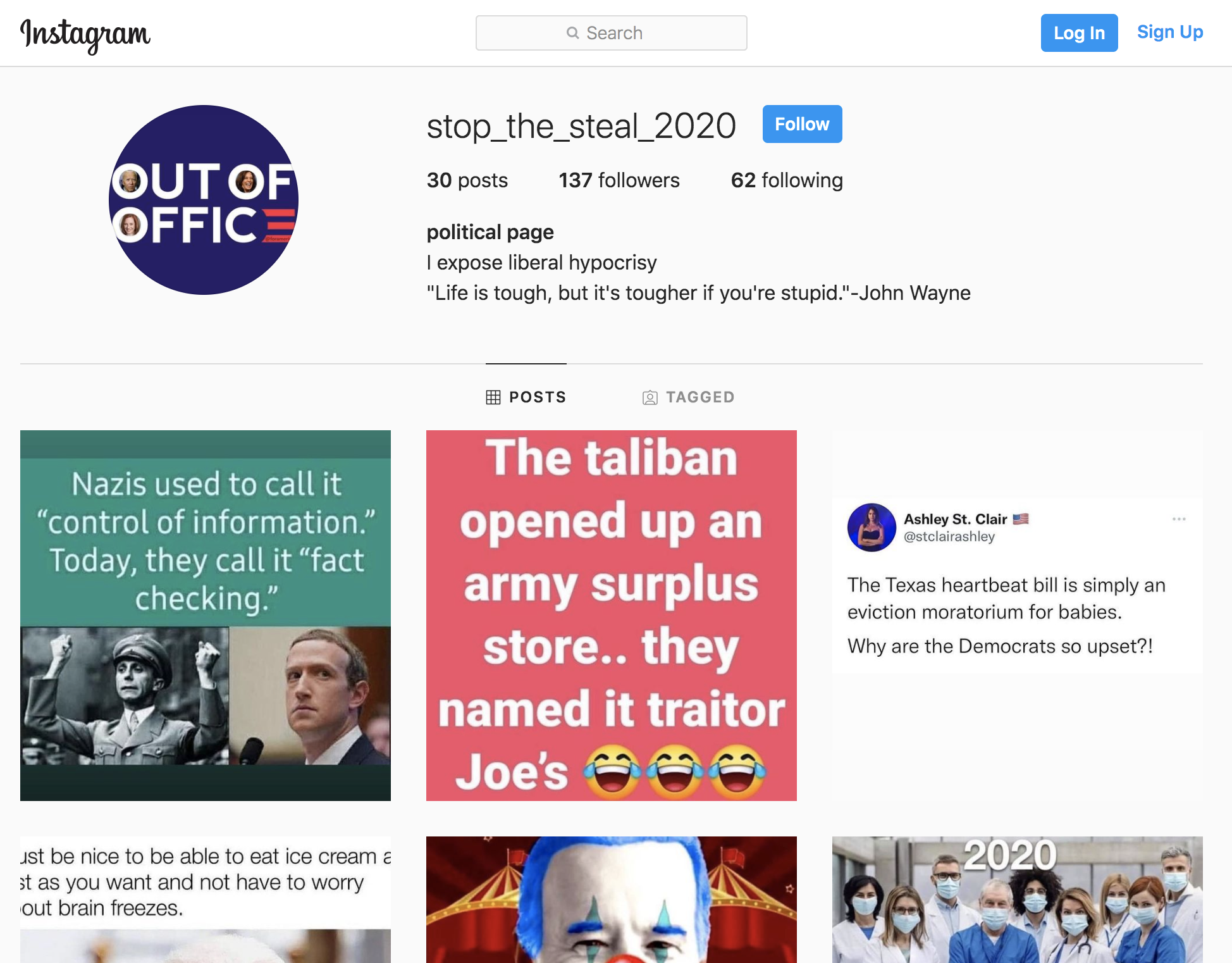 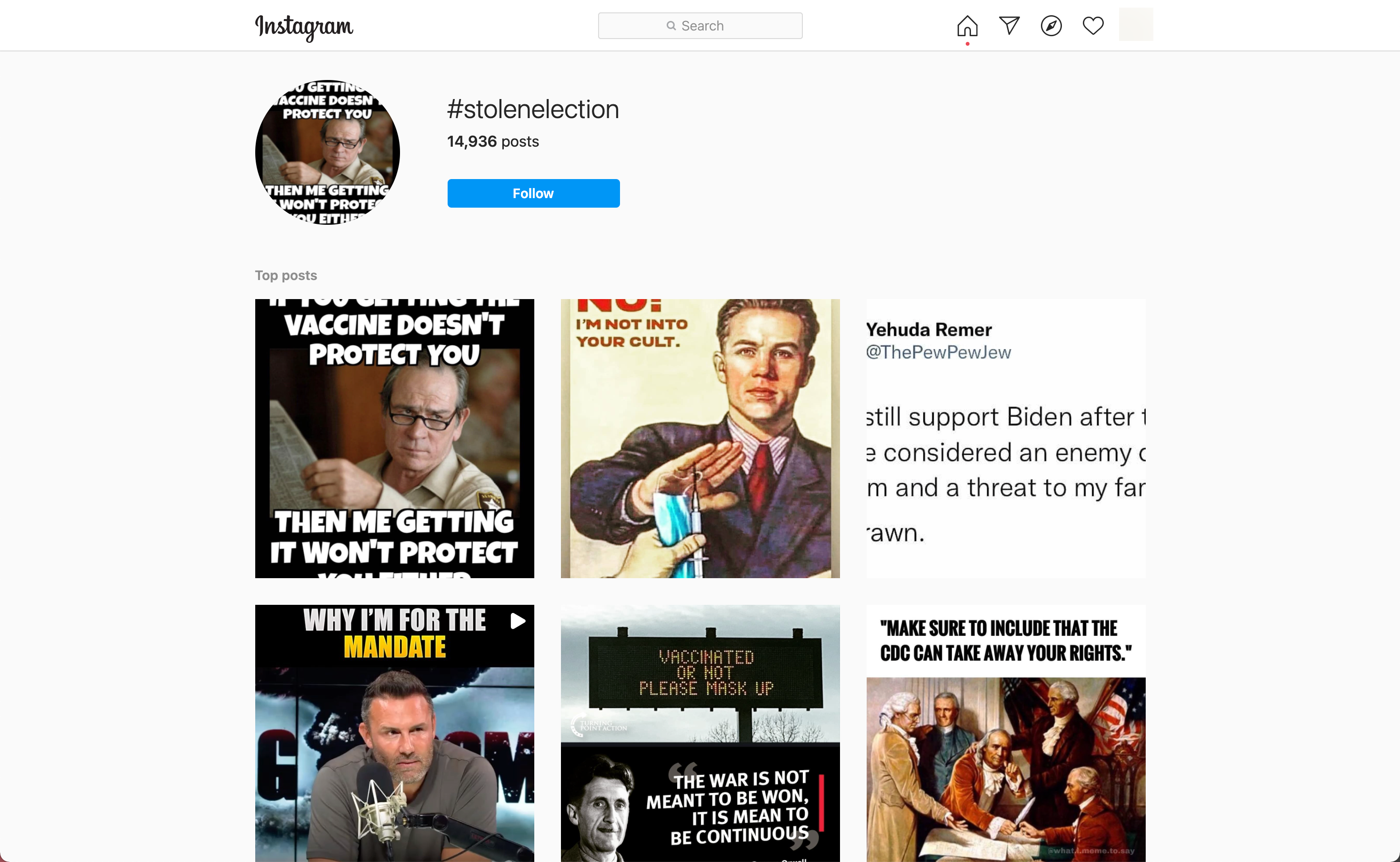 Facebook’s failure to enforce its own policies -- and its inability to accept responsibility for these failures -- continues to enable the spread of election misinformation on its platforms.