After a pro-Trump mob stormed the Capitol last week seeking to overturn the presidential election, Facebook finally took action against efforts to organize and promote “Stop the Steal” events on its platform, including by removing “Stop the Steal” content and organizer Ali Alexander from the site. But the pro-Trump group Women for America First and its leaders Kylie Jane Kremer and Amy Kremer, who organized the “Save America March” along with Alexander, are still on Facebook and Instagram even though they post almost exclusively to promote “Stop the Steal” events.

During an interview on January 11, Sheryl Sandberg, Facebook’s chief operating officer, dismissed the company’s role in enabling the insurrection, claiming that “these events were largely organized on platforms that don’t have our abilities to stop hate, don’t have our standards and don’t have our transparency.”

But in reality, Facebook struggled to stop the spread of election misinformation during the campaign and after the election, and the platform’s response to “Stop the Steal” and similar efforts has been reactive, despite many clear warning signs. For example, although the platform removed one of the original “Stop the Steal” groups on Facebook in the days following the election, the company ultimately failed to take action against hundreds more similar groups that were trying to delegitimize the election. Earlier, Media Matters had identified at least 70 “Stop the Steal” groups on Facebook, 46 of which were private. Facebook has struggled to enforce its policies within private groups.

The tragic events at the Capitol were a culmination of months of President Donald Trump and his supporters in right-wing media and on social media repeatedly pushing misinformation to subvert the election and promoting events to “stop the steal,” a phrase used to baselessly accuse Democrats of election fraud. Prior to the mob’s violent attack on January 6, Trump spoke at the “March to Save America,” which was organized and promoted by Women for America First and Alexander, and the president urged his supporters “to show strength” and to go to the Capitol.

“You don’t concede when there’s theft involved,” Trump said. “And to use a favorite term that all of you people really came up with, we will stop the steal.”

Following the violence at the Capitol, Facebook announced it would remove content with the phrase “stop the steal” in the lead-up to President-elect Joe Biden’s inauguration, and the company temporarily banned Trump from its platform.

But as with many Facebook enforcement actions, the slow removal of “Stop the Steal” events and organizers is too little, too late. Before Facebook took action against Alexander, he spent months pushing election misinformation on Instagram, amplifying Trump and his allies’ endorsement of Alexander's events, and promoting “Stop the Steal” events across the country, including the January 6 rally in Washington, D.C. In one post, Alexander even called for a “hostile takeover” and promised to “remove anyone with a title or paycheck in our way.”

Notable posts from these organizers promoting the “March to Save America” and other “Stop the Steal” events include one telling Trump that “the calvary is coming” on January 6, among these others: 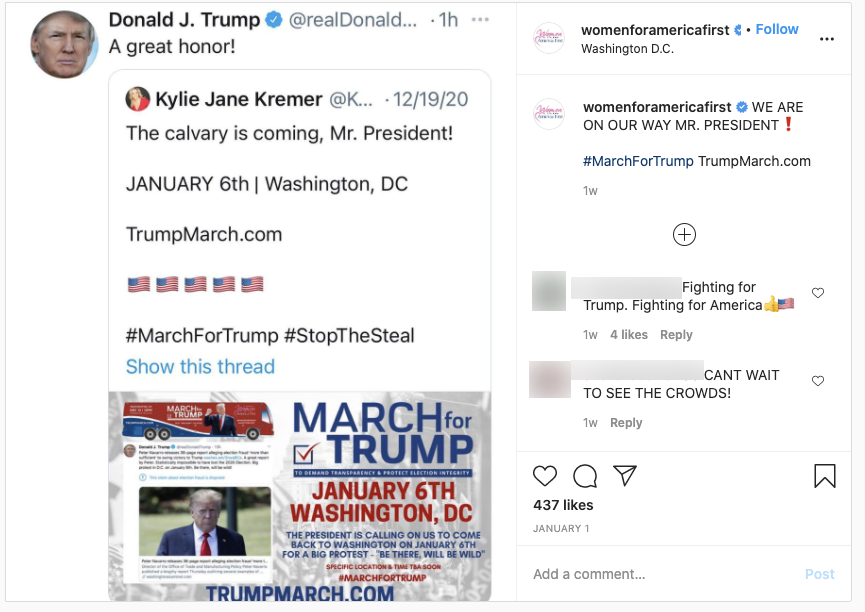 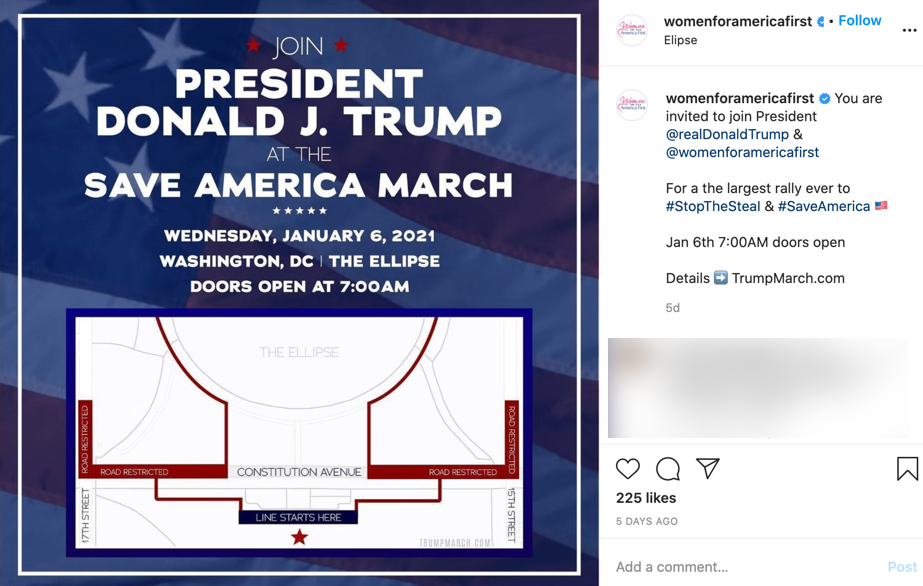 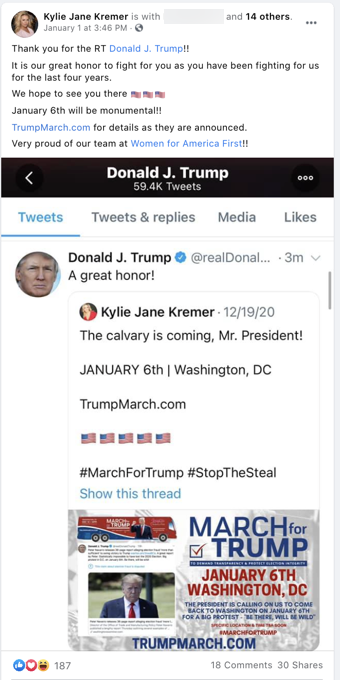 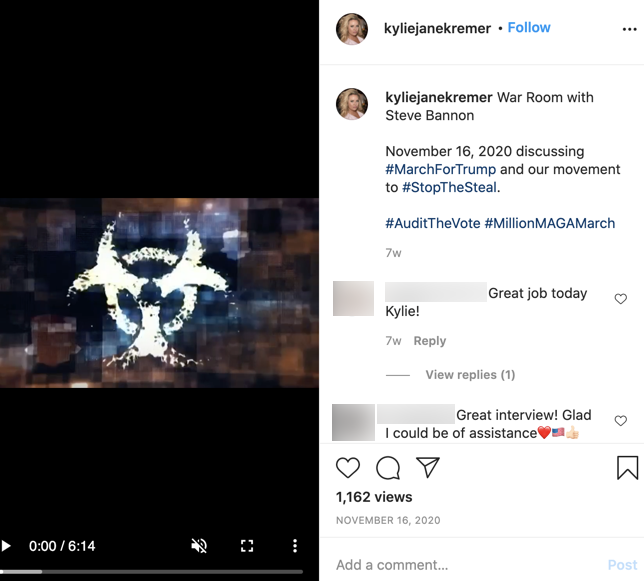 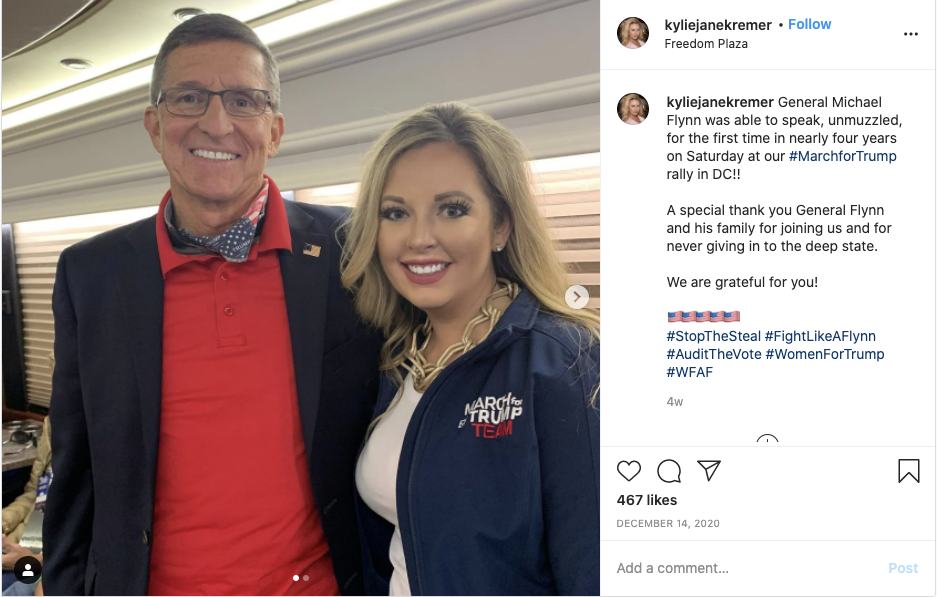 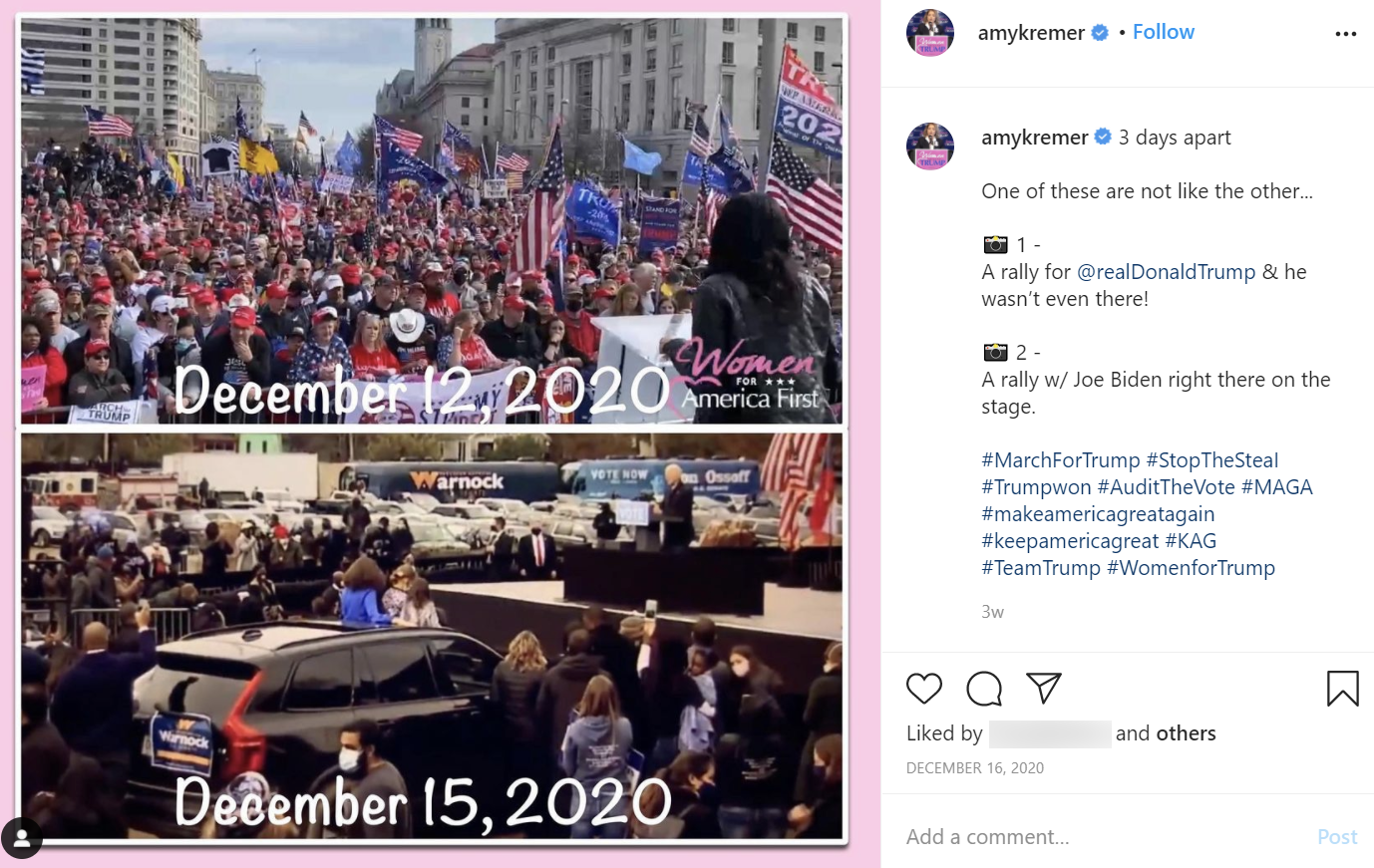