The Facebook Oversight Board just announced its decision to uphold the suspension of former President Donald Trump in response to his actions on January 6. But the board ruled that Facebook should not have imposed “the indeterminate and standardless penalty of indefinite suspension” and the platform now must “decide the appropriate penalty” for the former president within the next six months.

With this decision, the board has recognized the harm that Trump caused by using the platform to promote misinformation and harmful rhetoric, but has also chosen to put Trump’s fate back in Facebook's hands. And given the platform’s track record, we’re not optimistic Facebook will make the right decision.

Permanently banning Trump is a necessary step if Facebook is serious about addressing its role as a conduit for promoting misinformation and organizing real-world harm. In fact, based on Trump’s pattern of posting on Facebook in 2020, if he hadn’t been suspended, we estimate that he likely would have posted misinformation and/or extreme rhetoric over 463 times in the 119 days since he was suspended.

Facebook referred the case to the oversight board after removing two of Trump’s January 6 posts for violating its Community Standards on “Dangerous Individuals and Organizations” as his supporters stormed the Capitol. Facebook also suspended Trump from posting on Facebook and Instagram for 24 hours, the next morning extending the suspension “indefinitely.” The board was asked to review two of Trump’s posts to render judgement on whether Facebook “made the correct decision in removing President Trump's posts on January 6 and later imposing indefinite restrictions on his access to its platforms.”

However, as Media Matters argued in a study of the 6,000-plus posts Trump made as president, by looking at only two of his posts, the board missed the bigger picture of the various harmful ways Trump used the platform. Between January 1, 2020, and January 6, 2021, Trump repeatedly used his Facebook page to attack others and spread harmful misinformation; such posts made up roughly 24% of his total posts and roughly 36% of all his interactions.

The oversight board has punted to Facebook, which has a history of allowing Trump to post misinformation and extreme rhetoric with no penalty. If Facebook allows Trump back on the platform, it will embolden the former president to return to posting misinformation with impunity.

If Trump’s statements on his new website are any indication, he will use his regained platform to continue posting election misinformation and using harmful rhetoric to attack his critics: 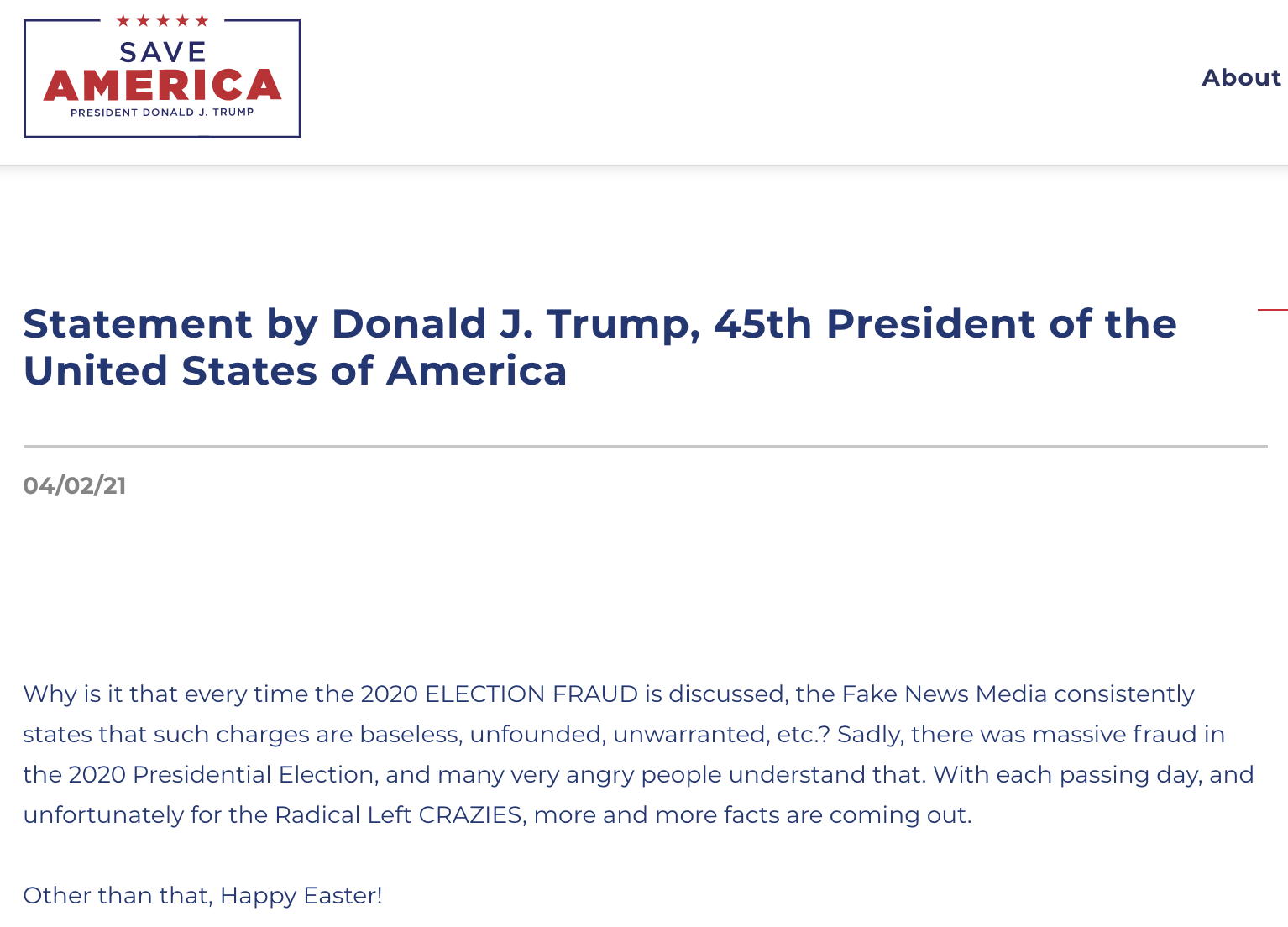 Media Matters has repeatedly reported on Facebook’s failures during the pandemic and during and after the 2020 presidential election, as well as on its role in the events on January 6. Some of our key findings are:

Facebook was correct in the decision to suspend Trump — even if it took an armed insurrection in the nation’s capital to make the platform do even this bare minimum. Facebook presented a narrow case to the board, asking it to review only two of Trump’s posts to render judgement, likely because in spite of the platform’s claim, Trump’s brand of sensationalism is good for business.

In putting the decision in Facebook’s hands, the board has merely affirmed suspicions that it is yet another symbolic but ultimately hollow check on Facebook’s power. Facebook has struggled to address the platform’s problem of spreading misinformation and incitement of real-world harm and truly seems unwilling to do anything about it. Permanently banning Trump is crucial if Facebook wants to truly address its role as a conduit for dangerous misinformation.