Even though former President Donald Trump is suspended from Facebook, the platform continues to profit off him. The social media giant is allowing ads that encourage users to join Trump’s new social network, Truth Social — and it has earned over $1.9 million in revenue from over 4,400 ads.

Last June, Facebook announced Trump’s two-year suspension from the platform due to his “acts of incitement” leading up to the January 6, 2021, insurrection. However, the platform hasn’t removed Trump’s page and his posts have continued to earn hundreds of thousands of interactions. Additionally, Media Matters has repeatedly found that Facebook silently allowed Trump’s Save America Joint Fundraising Committee to continue fundraising on the platform, earning hundreds of thousands of dollars while boasting the suspension was “accountability in action.”

In our latest study, we used ad data from the Dewey Square Adwatch tool set and found that various right-wing entities ran at least 4,422 ads that promoted Truth Social, with many ads asking users if they will “join Trump’s social media.” The ads, which earned Facebook over $1.9 million in revenue, had at least 117 million impressions combined.

Nearly all these ads explicitly ask users whether they will join Trump’s new platform, and some accuse Big Tech of being “out of control.” Many of the ads also lead users to websites asking for user information and/or a donation. 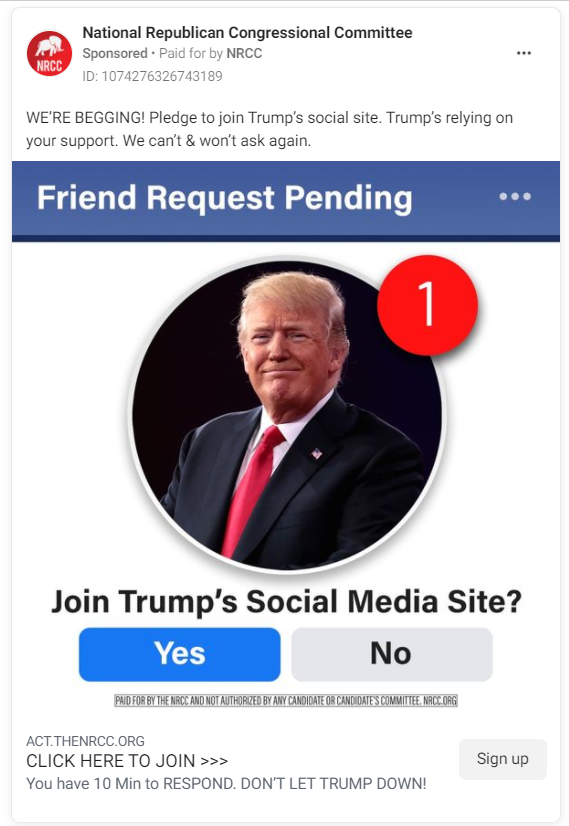 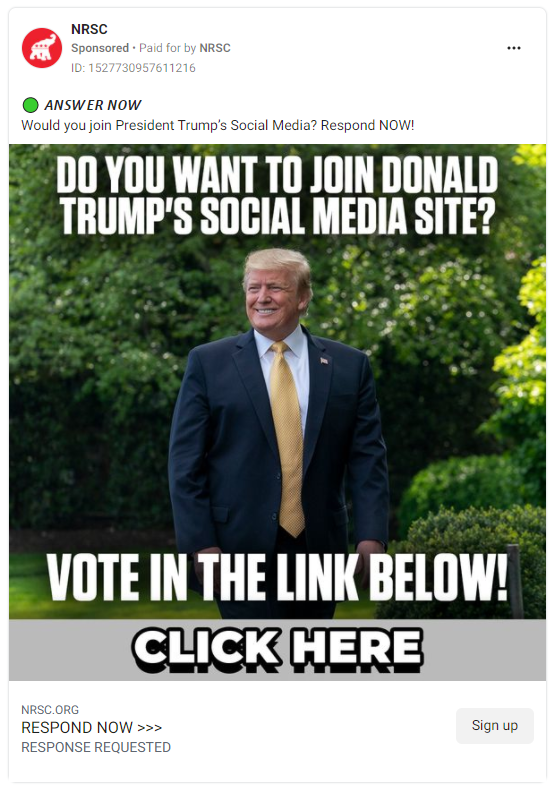 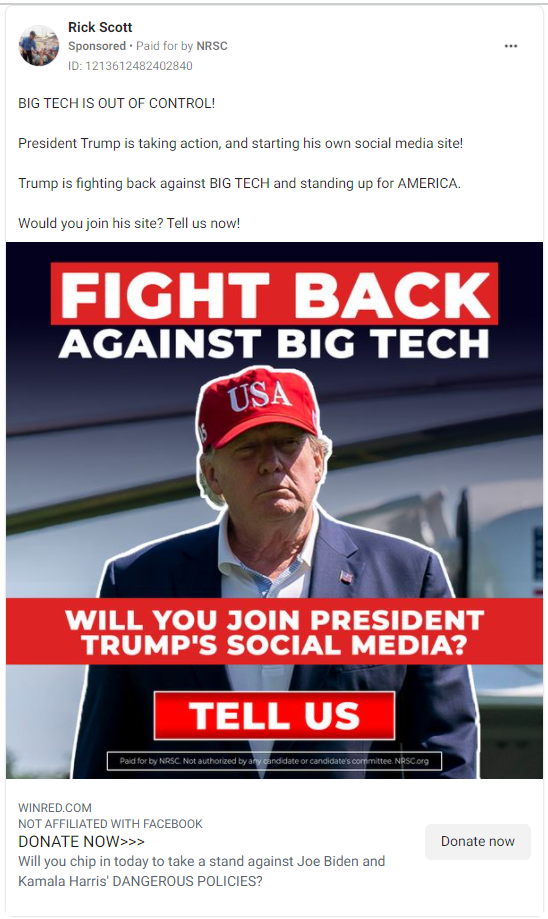