Facebook has barely taken any action in response to Media Matters’ July 20 report on anti-vaccine groups spreading COVID-19 vaccine misinformation; nearly 85% of anti-vaccine groups that we identified are still active, new groups have been created, and some were even reinstated after appeal.

On July 20, Media Matters reported that we had identified at least 284 public and private anti-vaccine Facebook groups -- more than double the 117 anti-vaccine groups we reported on in April -- that were spreading COVID-19 vaccine misinformation and/or conspiracy theories to over 520,000 combined members. This report followed the Biden administration’s criticism of COVID-19 vaccine misinformation spreading on social media, particularly Facebook.

A week after our reporting, Facebook has barely taken action against the groups, even though the platform told Fast Company that it was “reviewing the report, and will take action against groups that violate our policies.” Of the 284 private and public groups we identified that contained misinformation and conspiracy theories about the COVID-19 vaccine, 236 groups -- or nearly 85% -- are still active on the platform and have gained nearly 20,000 more members. We have also identified 35 additional anti-vaccine groups, including five groups that were created since July 18. These 271 active anti-vaccine groups have over 456,000 combined members.

In our previous report, Media Matters specifically identified six groups with over 15,000 members apiece. Of these groups, only one -- Canadian Deaths and Adverse Reactions -- is no longer active, and two -- Covid19 Vaccine Victims & Families and The Unvaccinated Arms -- appear to have been briefly taken down and then reinstated.

An administrator for Covid19 Vaccine Victims & Families boasted that the group was reinstated after he appealed Facebook’s decision to remove it. The group has since gained roughly 9,000 members, totaling over 57,000 members. 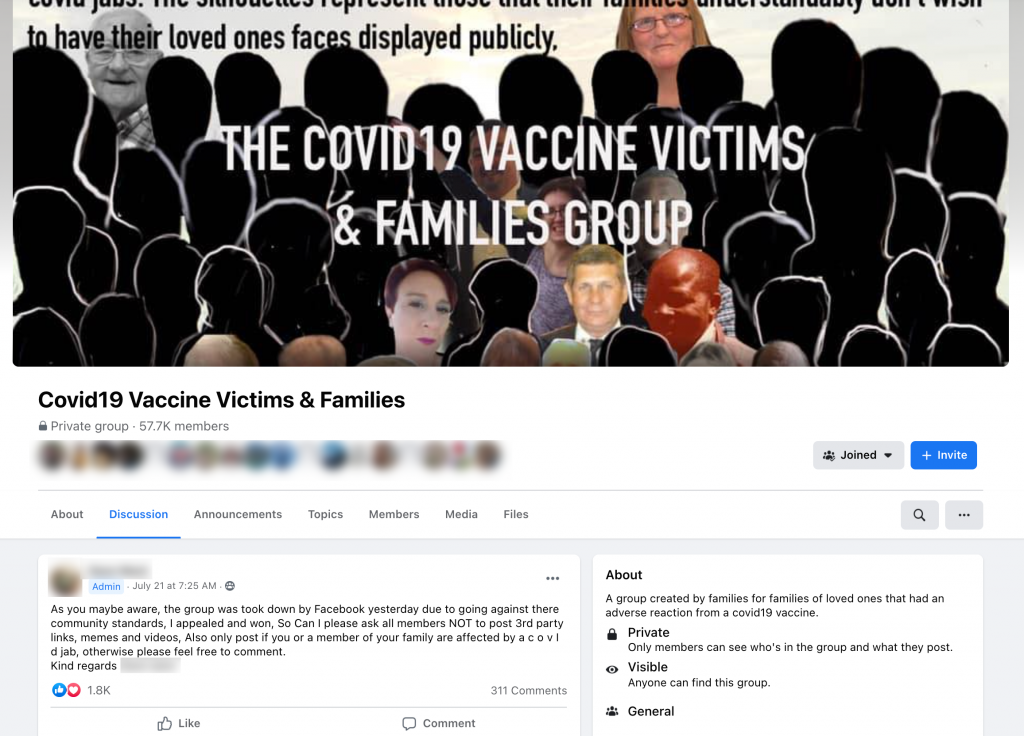 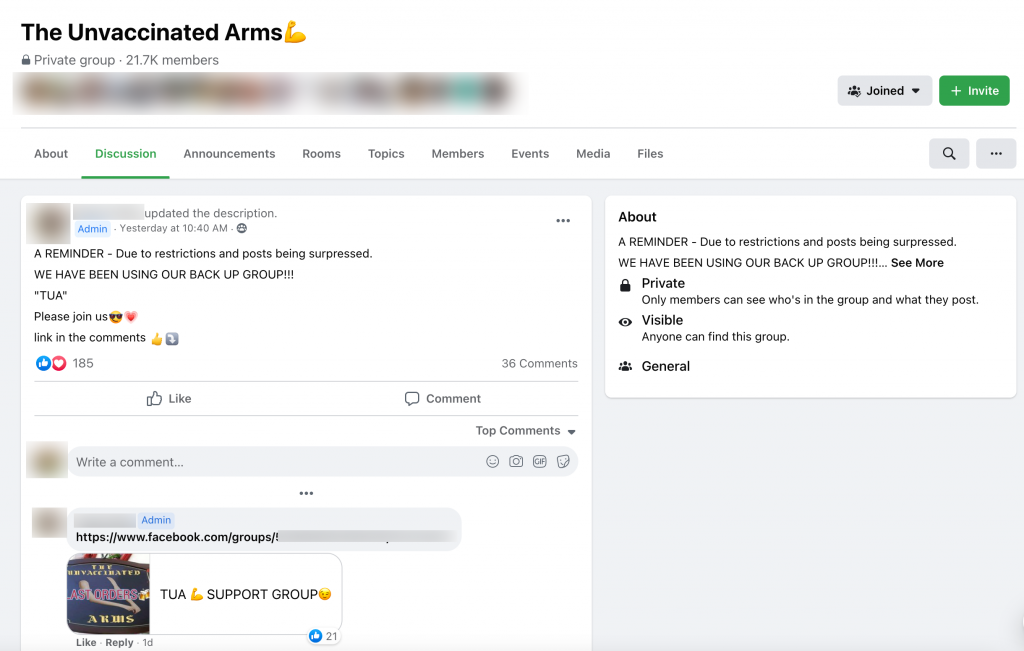 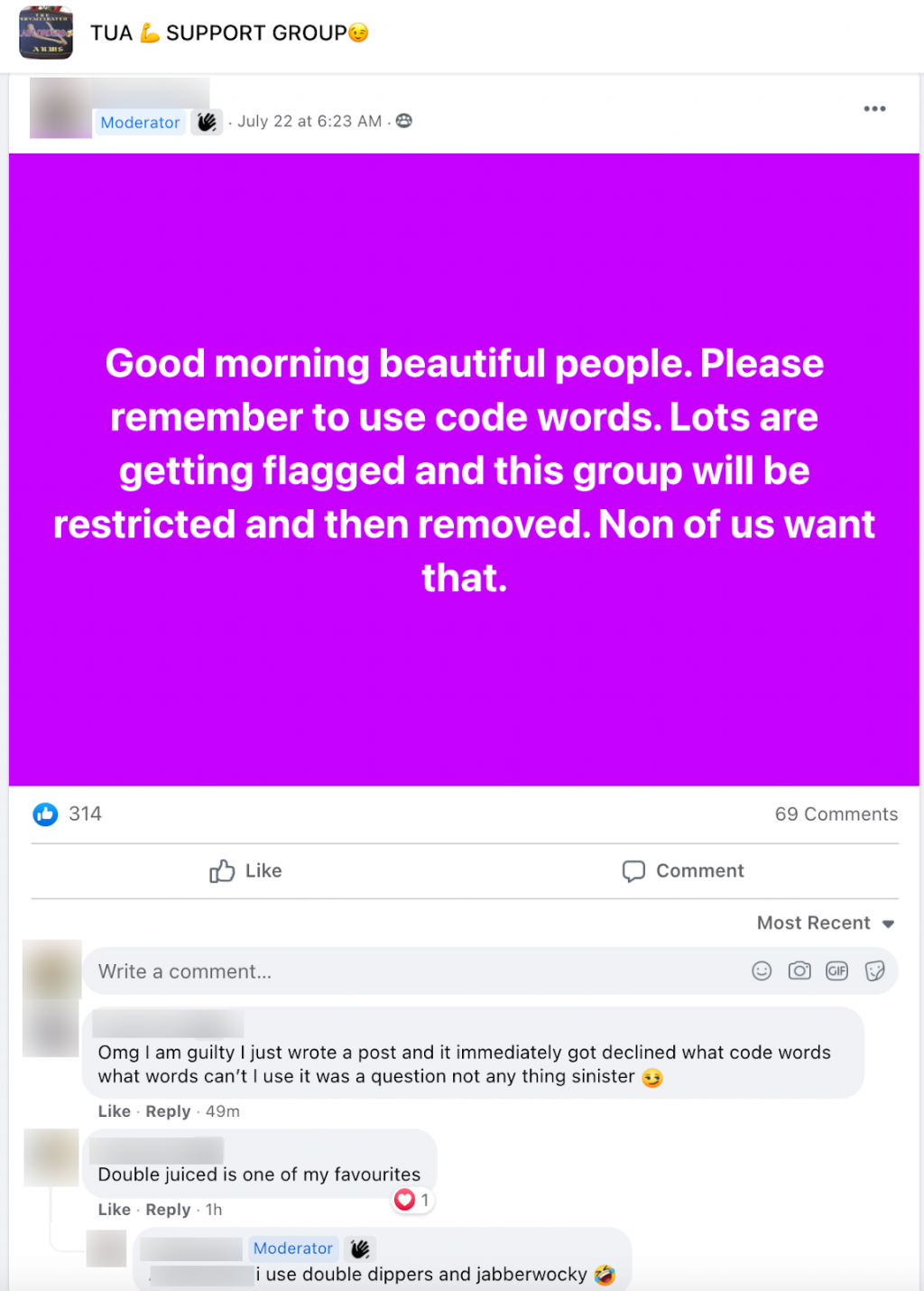 Facebook’s failure to take action against anti-vaccine groups and figures on its platforms is just another example of the company refusing to take any concrete actions to address its persistent, and deadly, problems.