Facebook has had a policy against harmful mask misinformation on the site since at least May 2020. Over a year later, Facebook is still allowing anti-mask groups to spread misinformation on its platform, even permitting the creation of new groups that are focused on opposing children's mask usage in school.

Media Matters has identified 171 anti-mask groups, including 88 -- or over 50% -- that were created between April and July 2021. These 171 groups push anti-mask rhetoric and misinformation to nearly 200,000 members, with many specifically targeting the use of masks by children and in schools.

In fact, nearly 60% of the groups created this year are focused on children and/or schools. Their presence on Facebook is particularly concerning right now, with school COVID-19 mitigation policies still being developed or finalized before the year starts, the delta variant spreading among unvaccinated Americans, and children under 12 ineligible for the vaccine.

Under Facebook’s Community Standards, the platform claims to “remove misinformation when public health authorities conclude that the information is false and likely to contribute to imminent violence or physical harm.” More specifically, Facebook says that it removes false claims about masks, such as “wearing a face mask does not help prevent the spread of COVID-19” and “can make the wearer ill.” Facebook had alluded to such a policy as early as May 2020 but didn't spell out the details until more recently.

Of these anti-mask groups, the largest is UNMASK THE KIDS-NEW YORK, which has over 14,000 members and contains anti-mask misinformation. Posts in the group have falsely called masks “poisonous” and have inaccurately said there is no science to back up the use of masks, particularly for children. Other groups push similar anti-mask rhetoric and misinformation. 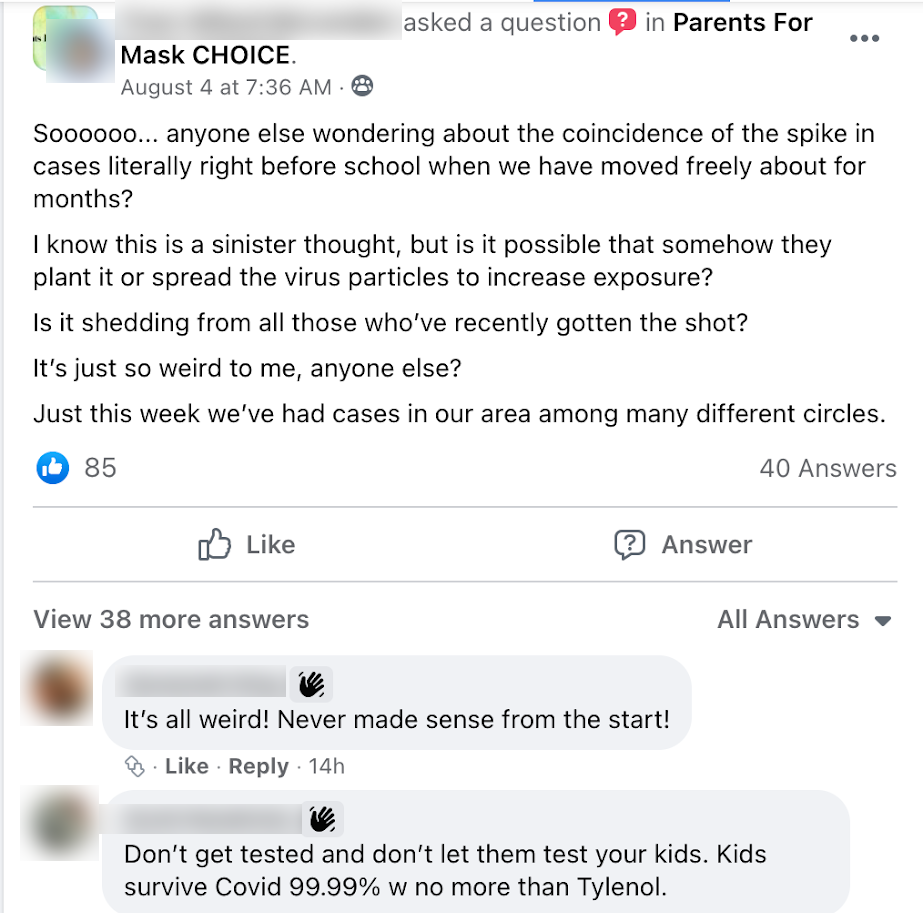 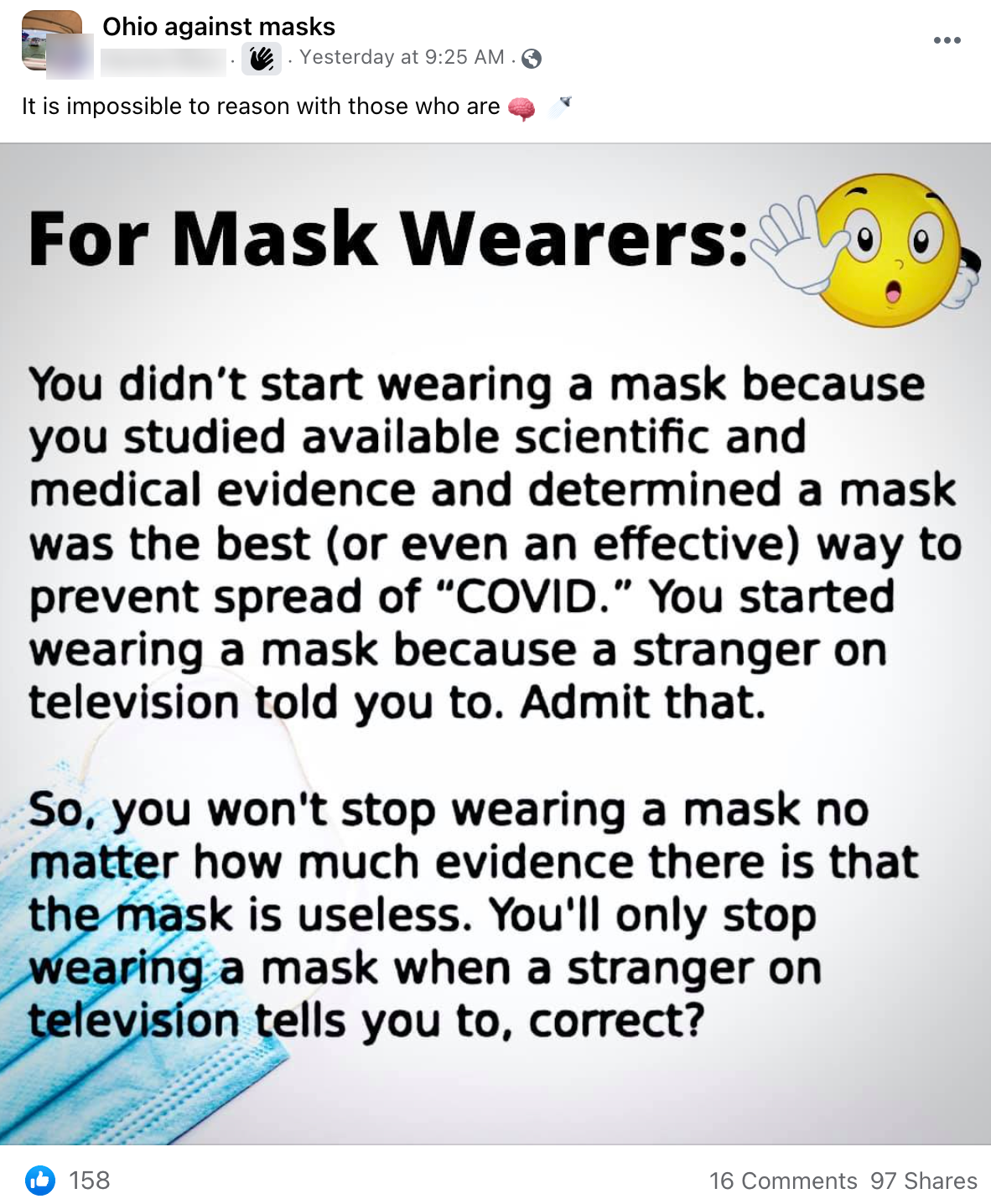 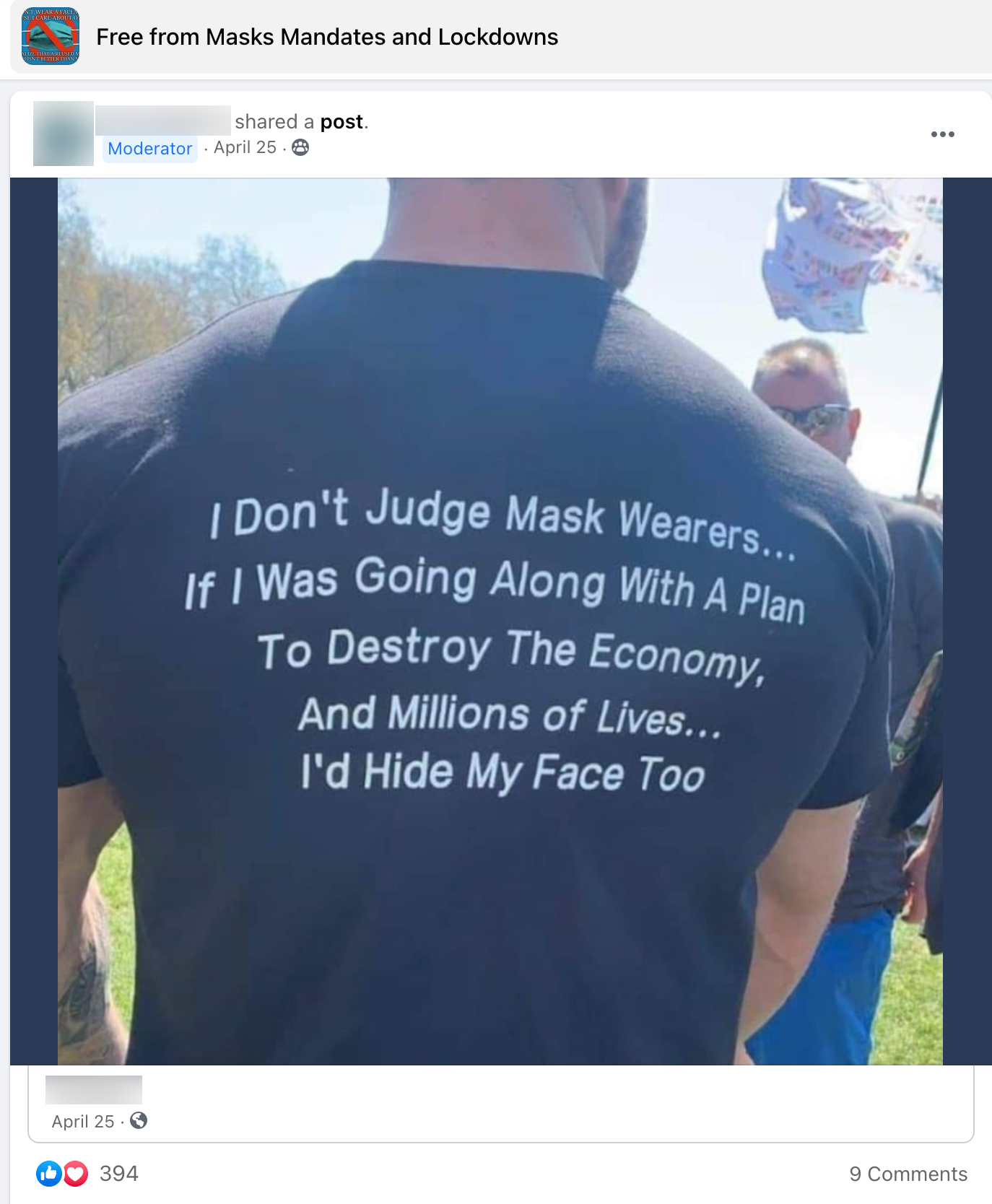 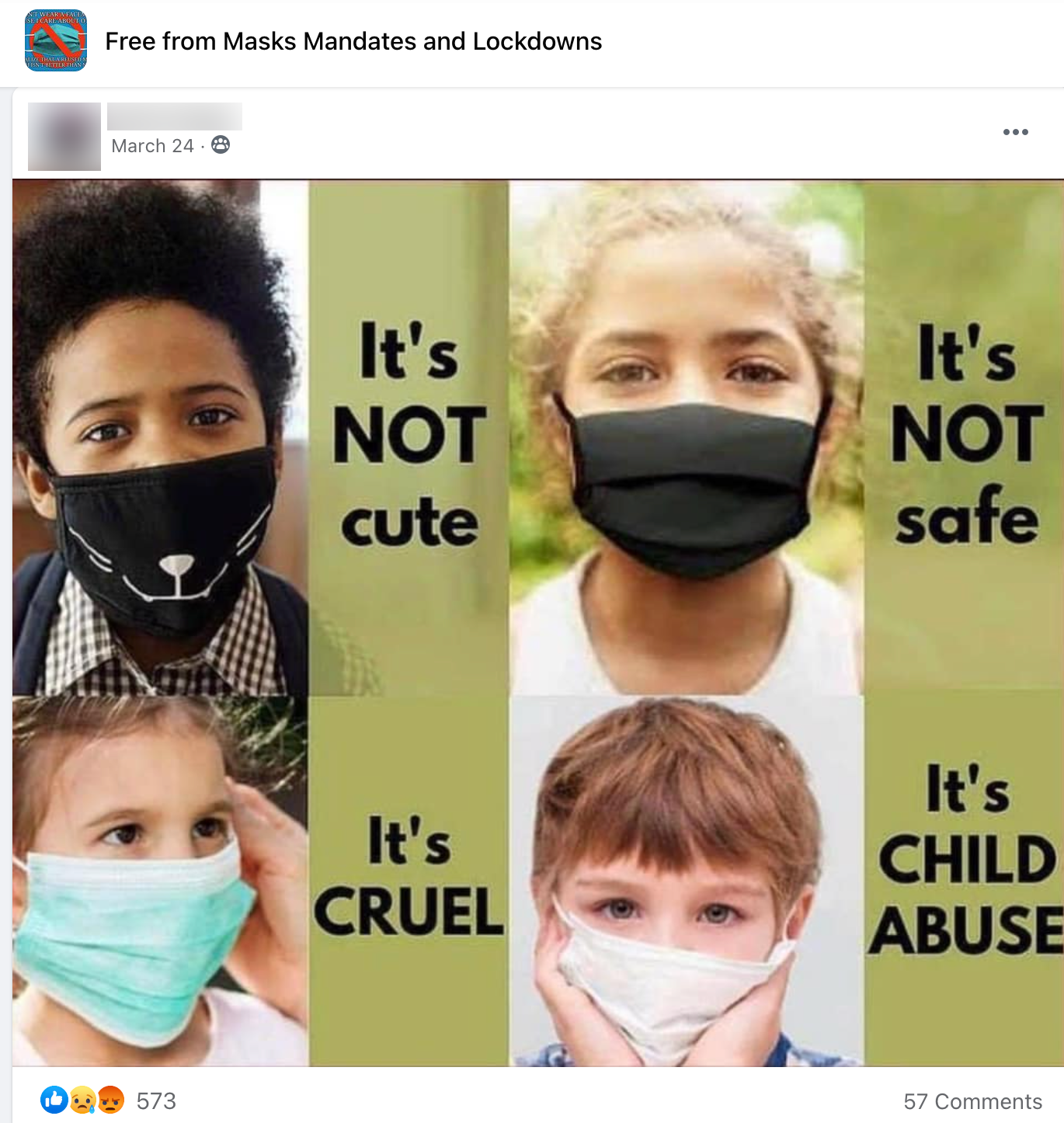 This misinformation appears elsewhere on Facebook as well. In July, using a method similar to those of other Media Matters studies, we looked at politically oriented Facebook pages and found that right-leaning pages posted at least 870 times about masks in relation to children, parents, or schools, earning over 2.4 million interactions. These posts accounted for nearly 50% of all interactions earned on posts in our dataset, despite accounting for only 20% of the posts.

Anti-mask misinformation is also pervasive in right-wing media, and then it circles back onto Facebook, with anti-mask groups amplifying media claims.