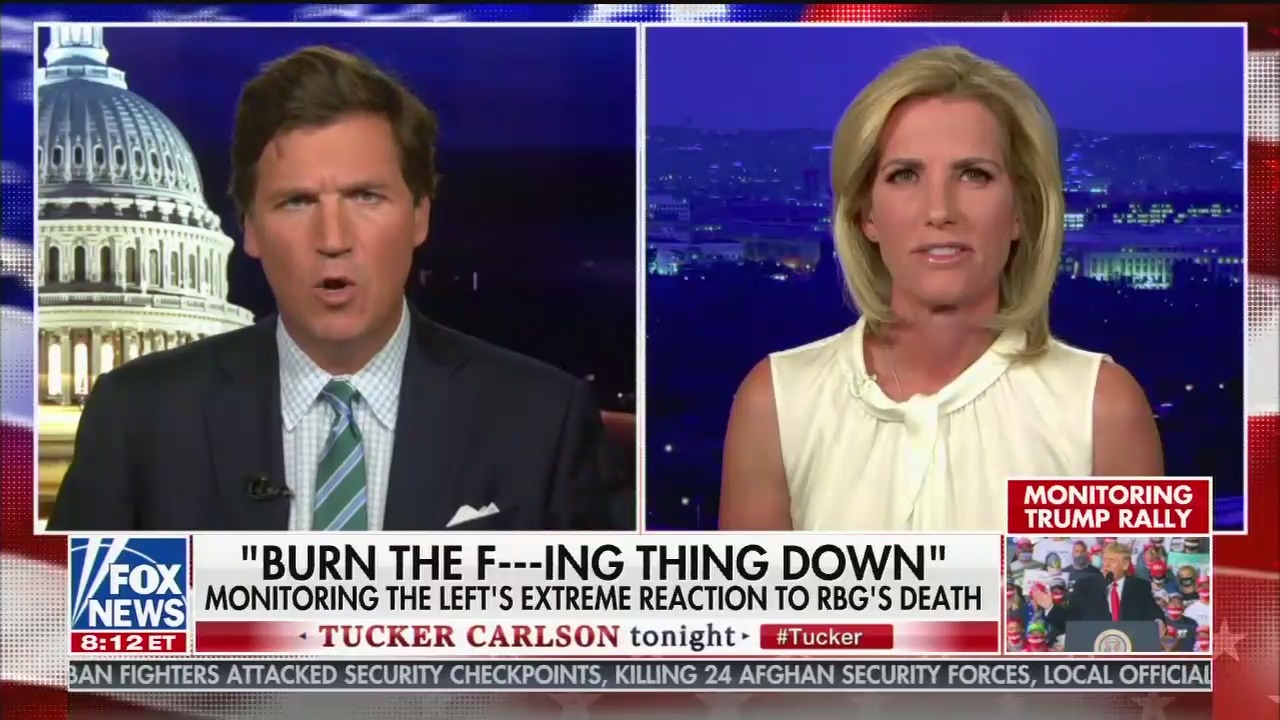 As President Donald Trump and Senate Republicans rush to push through a Supreme Court justice appointment following the death of Justice Ruth Bader Ginsburg, their allies in conservative media are attempting to scare audiences into believing the left will respond with violence if a Republican nominee like Trump pick Amy Coney Barrett is confirmed.

In reality, many of these predictions rest almost entirely on a few scattered tweets and distorted interpretations of comments from public figures. For example, conservative media pointed to tweets by writers Reza Aslan and Laura Bassett as evidence that “radical left-wing activists are now planning” to engage in violence. Right-wing media also seized on a comment from CNN anchor Don Lemon that “we're going to have to blow up the entire system” — even though these remarks were made in reference to reforming the Electoral College, and Lemon later clarified his comments. And after Rep. Alexandria Ocasio-Cortez (D-NY) argued that the political moment following Ginsburg’s death should “radicalize” supporters to vote in November’s election, critics assailed her comments as supposedly calling for violence.

Right-wing media figures have also cited Black Lives Matter protests — which have been largely peaceful, ongoing nationwide demonstrations against police brutality and systemic racism — as an example of the type of violence the left will supposedly resort to if the Senate confirms Trump’s nominee.

These scare tactics are not new. Conservative media figures have been hyping potential political violence for weeks, and the battle over the Supreme Court vacancy simply provides another venue for this right-wing fearmongering ahead of Election Day.

After erupting into a historic outbreak of civil unrest this summer that claimed the lives of more than 30 people while trashing minority businesses, launching violent assaults on state and federal police officers, and carrying out more than $1 billion in property damage in the name of social justice, radical left-wing activists are now planning to do it all again if the president executes his mandated White House authority to appoint a new Supreme Court justice.