Insufficient moderation of extremist content on TikTok has allowed far-right violent videos to spread widely, and in the days before the inauguration of Joe Biden as president, unchecked calls to violence were circulating on the platform.

One such video opened with the question “your gonna die for a 244 year old declaration?” A man wearing tactical gear and holding an AR-15 style assault weapon equipped with a high-capacity ammunition magazine walked into view. The man slowly pointed the weapon at the camera. “Someone will,” read the final message. 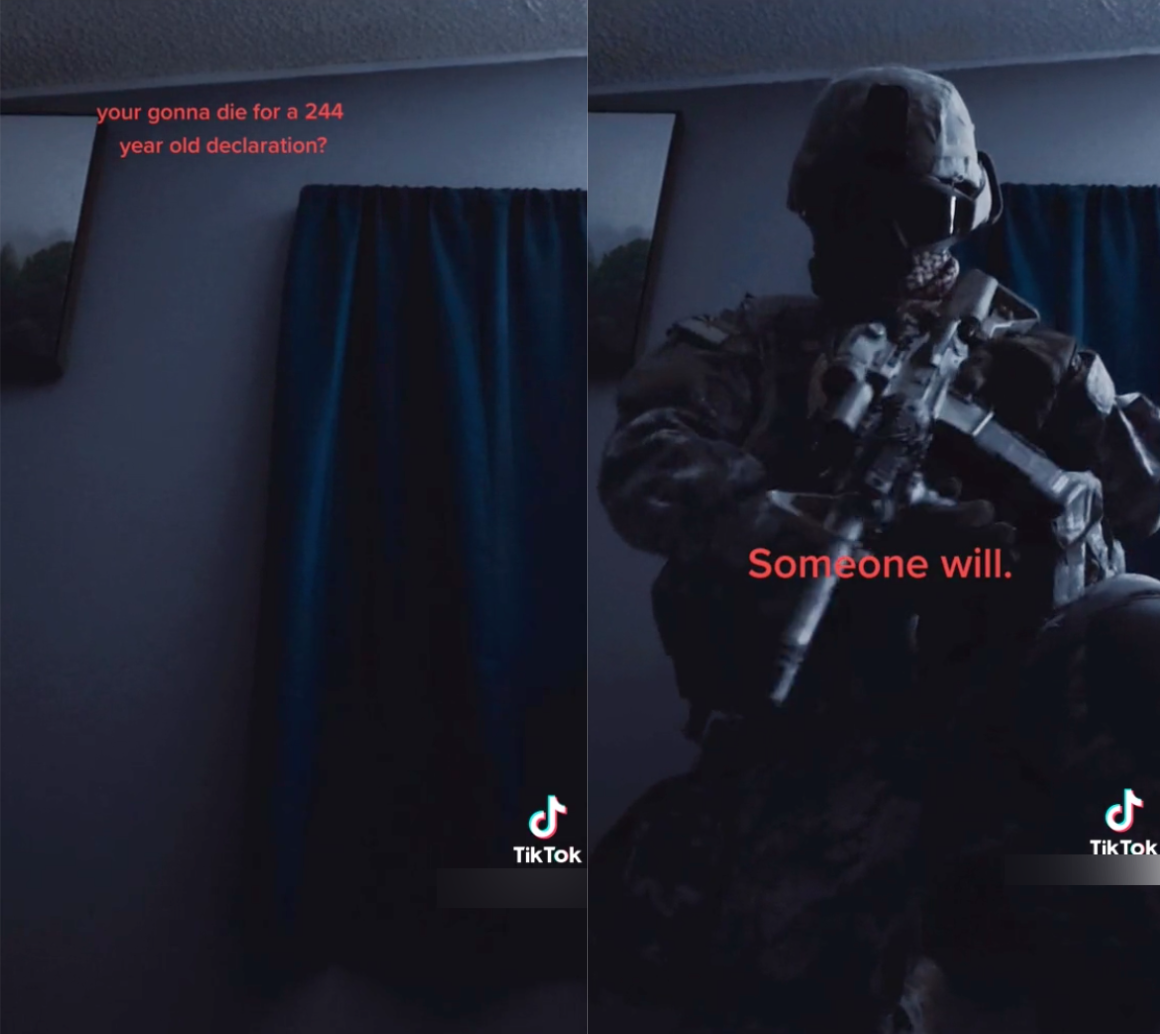 The video is captioned “things are gonna get spicy” along with hashtags including “#1776,” “#3%,” and “#trumpisyourpresident.” The user’s profile picture displays the Three Percenter logo, referring to a far-right violent militia movement some of whose adherents took part in the Capitol insurrection. The TikTok has amassed over 131,000 views.

In another video, text said, “Where are the patriots that are ready when the call comes?” The video showed a user opening a safe containing ammunition. 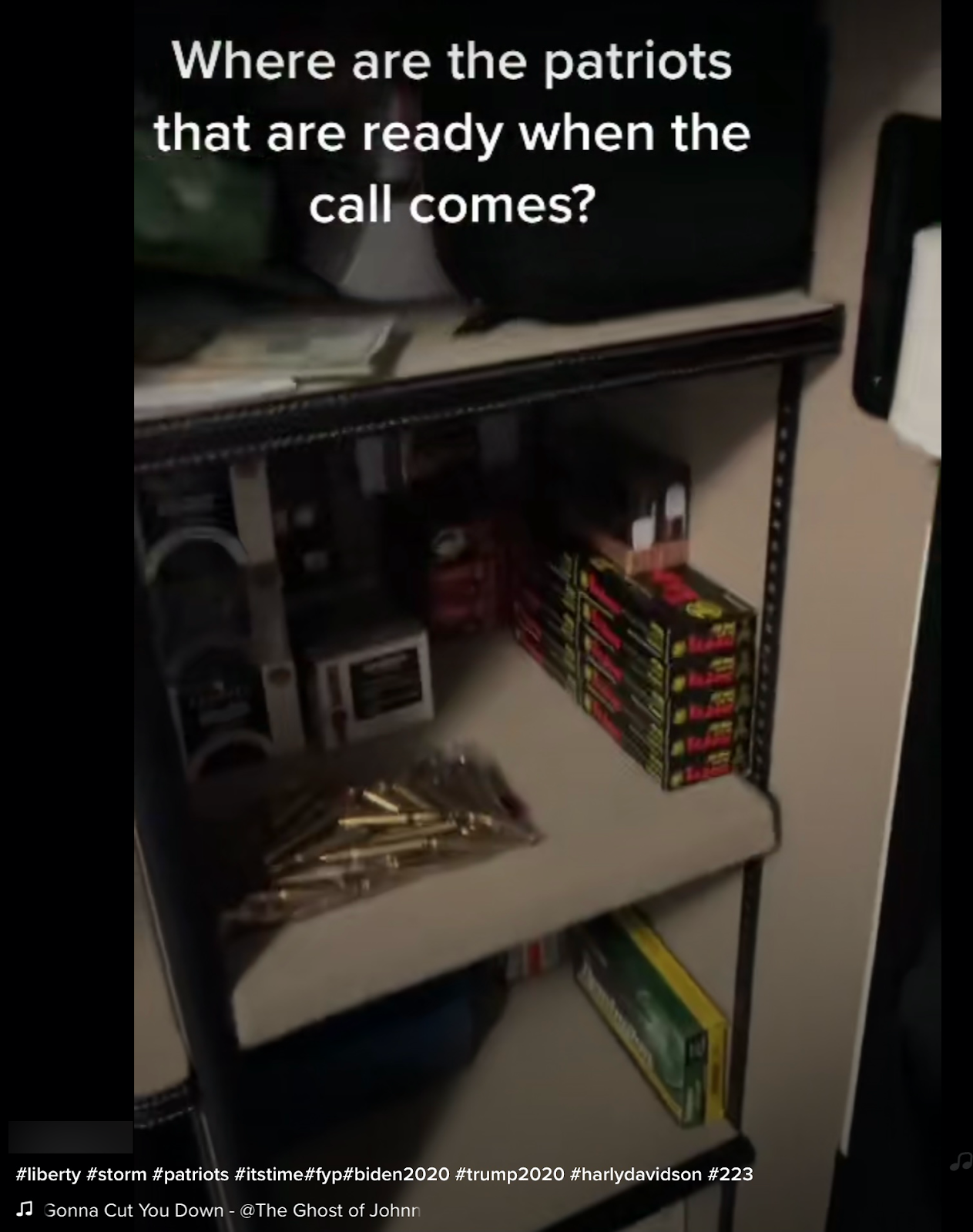 Another commented, “I think it’s time to find an underground way for Patriots to communicate. Even if it means old fashioned notes that can be burned.”

Another user, who appears to be an adherent of the Three Percenter movement, uploaded a video of him building his own gun-like device. “I lost all my 6uns in a voting accident, nothing to see here except a 40$ home depot receipt. Taken down at 2k no tags this time.” The video ended by showing that the improvised firearm can shoot. It has over 1 million views. “Anyone just waiting for this sound?” one TikTok read, while the siren from the movie “The Purge” played in the background. (In the movie, the siren signals the beginning of the “purge,” when all crime becomes legal.) “Oh and locked and loaded,” commented a user.

“Yes and very scared..but locked and loaded,” wrote another.

“Those against the constitution should hang,” read another video’s text. 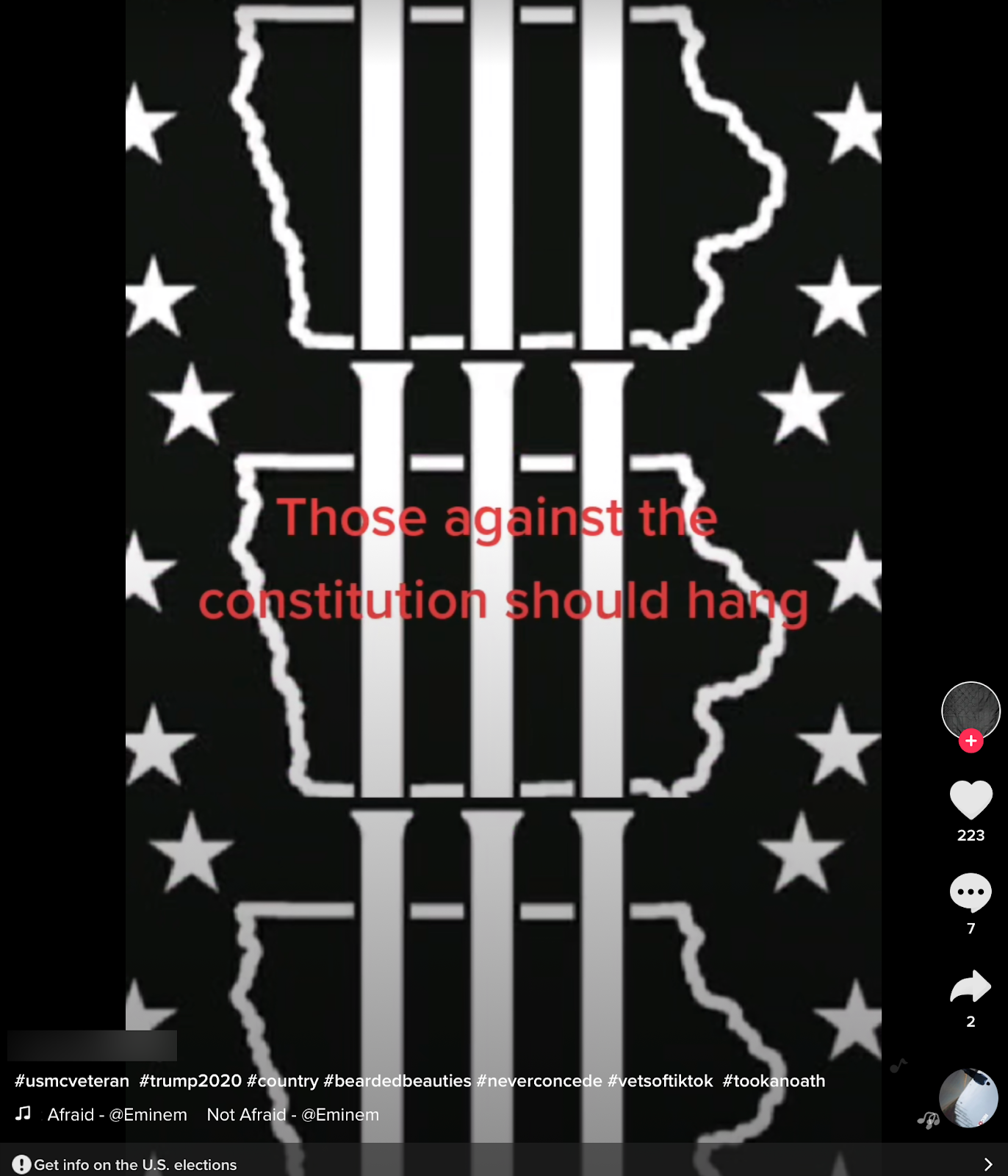 Calls for forming a “proud girls” group — a woman-led alternative to the violent hate group the Proud Boys — are also circulating on the platform. “We have the proud boys! Where is all my proud girls? #womenForTrump #ReadyLocked&Loaded.”