Despite clear policies against using the platform to “threaten or incite violence, or to promote dangerous individuals or organizations,” TikTok continues to host numerous recruitment and other videos from the Three Percenters and the American Patriot Women militias.

This content was circulating prior to the Capitol insurrection and remains on the platform after, even though members of both groups were present at the riot and some even used TikTok to share their videos of the event.

The Three Percenters (also known as the III%ers or 3%ers) is an extremist militia group whose name originates from the false claim that only 3% of Americans fought in the Revolutionary War. The Anti-Defamation League reports that since the group’s origin in 2008, Three Percenters “have engaged in significant criminal activity, including terrorist plots and acts.”

This is the Three Percenter logo, for reference: 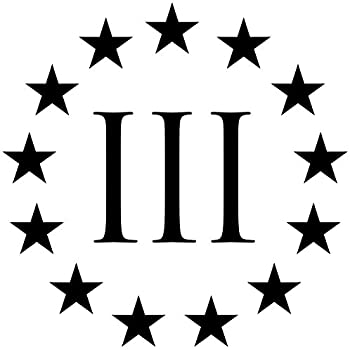 Three Percenters are using TikTok to both popularize their group and possibly recruit new members. TikTok does not allow users to search for “Three Percenters” — a move the company sometimes makes to limit spread of prohibited content — but they can search for “#iii,” and the hashtag’s top content is entirely Three Percenter member videos.

Additionally, by breaking up search terms (e.g., “three trump percenters”), users are able to find blocked content; this is a glaring enforcement loophole on TikTok’s part that must be closed. There are also posts showing active Three Percenter recruitment and participation in the riots on January 6: 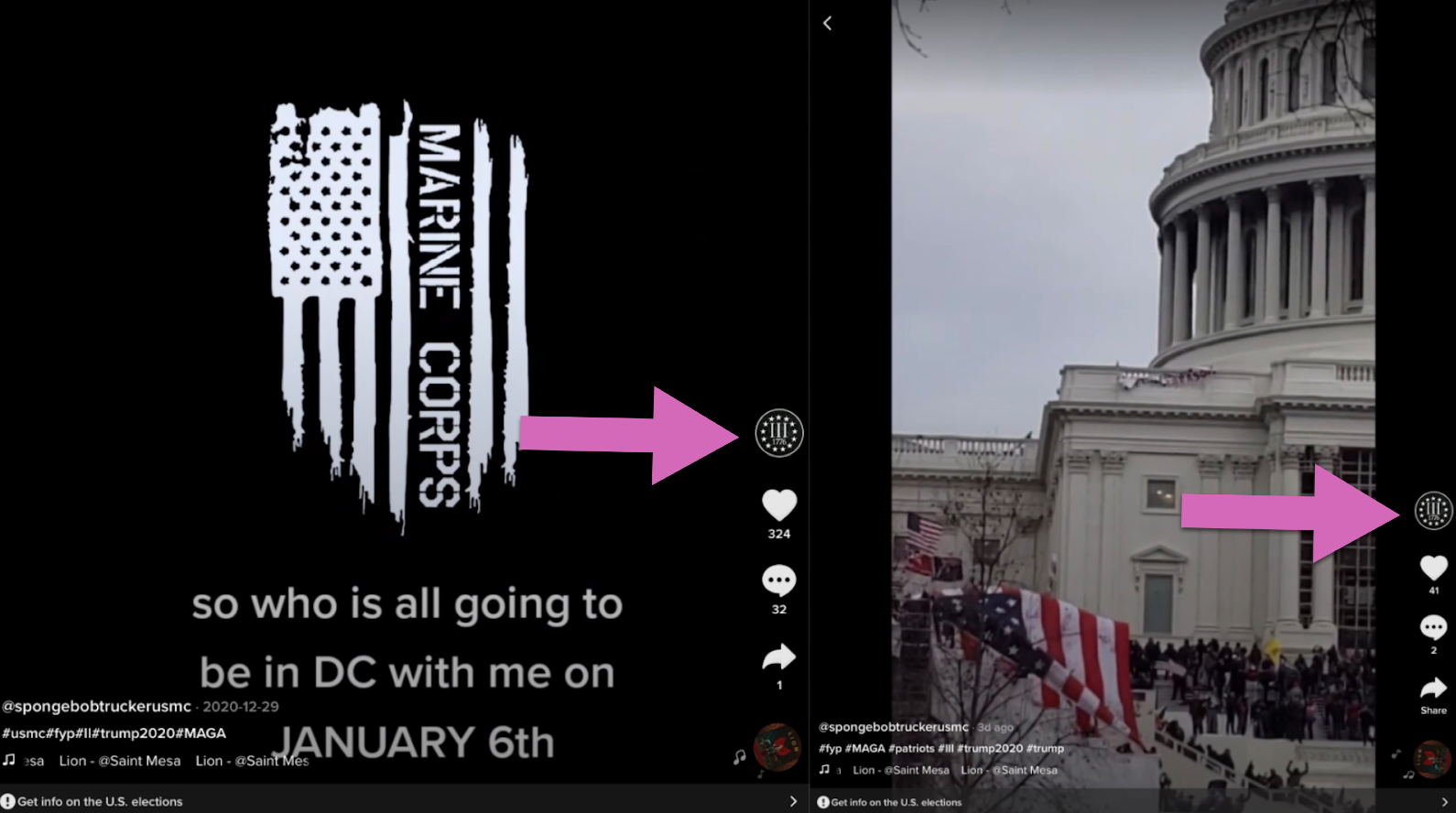 And there is evidence of Three Percenters trying to use TikTok to recruit for state chapters of the organization, and even attempting to move users from TikTok to specific organizing networks: 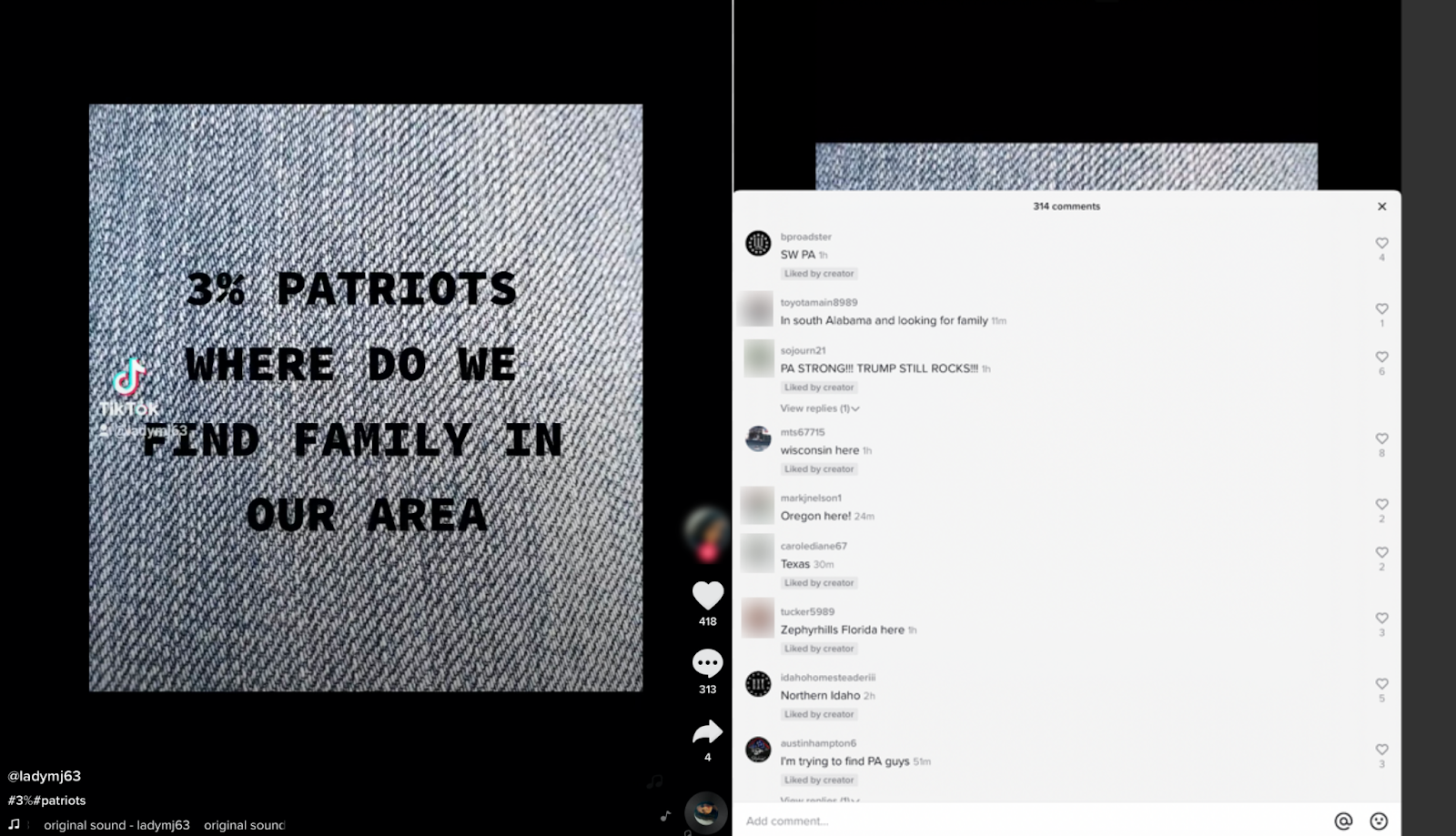 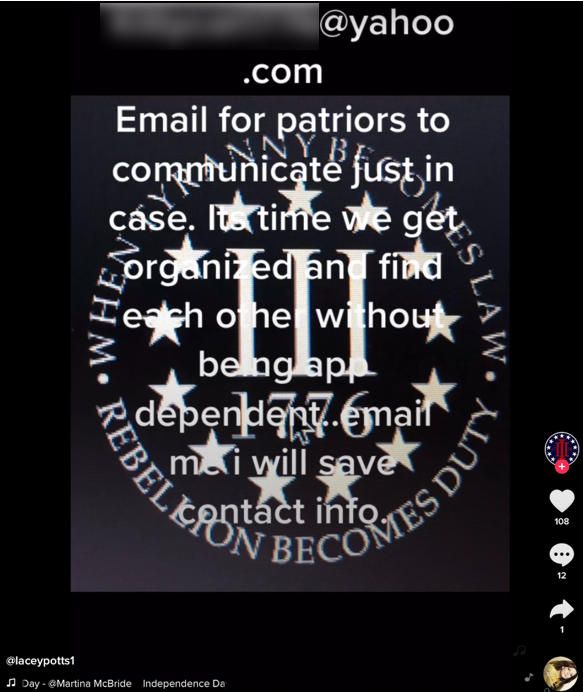 In addition to being searchable, Three Percenter content is also delivered to some users on their “For You" page: 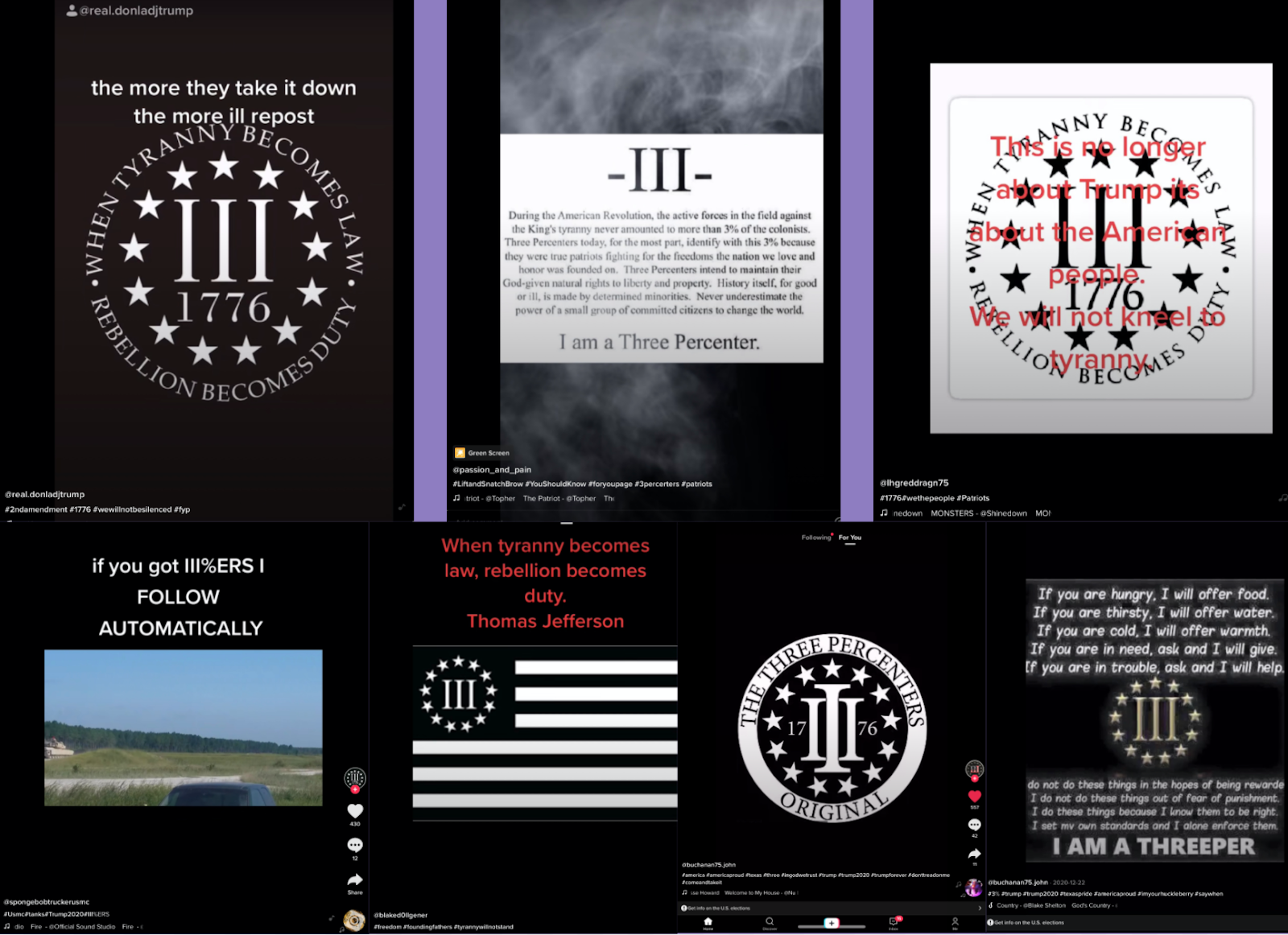 The American Patriot Women is a far-right militia that describes itself as being on a “ride or die mission” to help “drain the swamp in DC.”

This is APW’s logo, which includes imagery associated with the Three Percenters (“III” and “1776”): 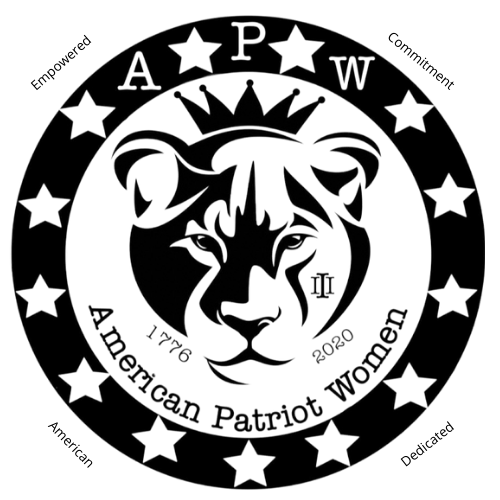 “American Patriot Women” is not a searchable term on TikTok, but “APW” is.

There are also posts showing active APW participation in the riots on January 6. This user posted an APW recruitment video and her footage from around the Capitol: 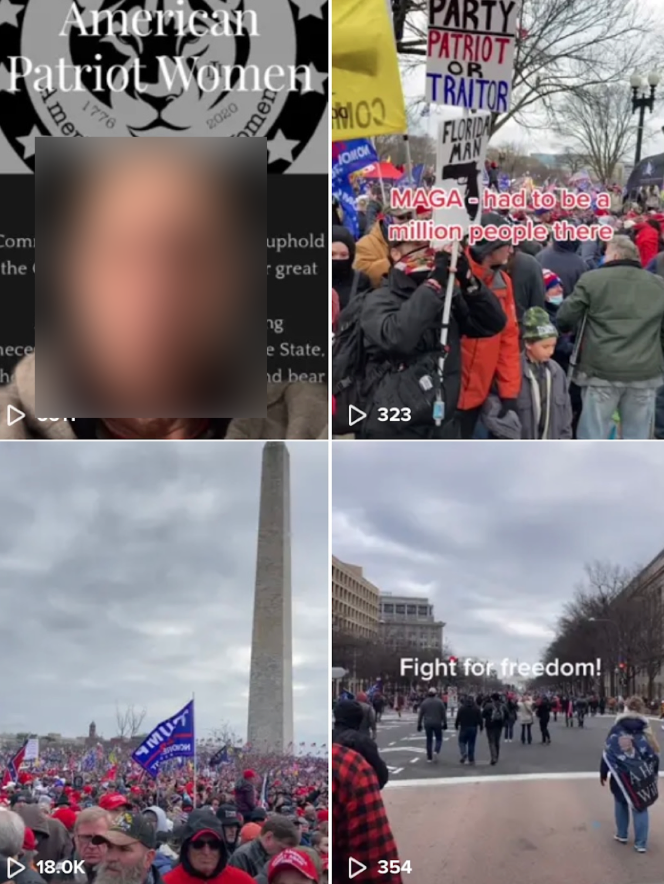 APW members also appear to be attempting to use TikTok to recruit users to their network: