Update (10/19/20): According to Business Insider, Spotify has since removed the four QAnon podcasts identified in Media Matters’ reporting.

Update (10/21/20): According to Business Insider, Vimeo has since removed instances of the QAnon recruitment video Fall of the Cabal and other conspiracy theory content identified in Media Matters’ reporting: “A spokesperson for the company told Insider that QAnon content is not allowed on the platform, citing guidelines that prohibit ‘conspiracy theory-related content where the underlying conspiracy theory spreads, among other things, hate speech, large scale defamation, false or misleading vaccination or health-safety content.’”

QAnon followers are jumping to other platforms following YouTube’s slow crackdown on content pushing the conspiracy theory. Media Matters has identified four major platforms -- Spotify, Vimeo, Apple Podcasts, Google Podcasts -- where QAnon content is flourishing. These platforms must follow other tech companies’ lead and commit to swiftly banning all QAnon content; anything short of that will only further enable the spread of this inherently dangerous conspiracy theory.

Following YouTube’s decision to ban QAnon content from the platform, discussion about where to find major accounts supporting the conspiracy theory surfaced in a private QAnon Facebook group which is still active, despite Facebook’s promise to remove QAnon content from its platform as well. One user decried “youtube censorship,” suggesting, “try Vimeo it’s a decent site.” Another wrote, “X22 is on Spotify as well,” referring to a popular QAnon account recently banned from YouTube.

There is no denying QAnon’s ties to violence; the FBI even classified the conspiracy theory as a domestic terrorist threat last year. The conspiracy theory is centered around claims that President Donald Trump is secretly fighting against members of the “deep state” and “pedophiles,” who will supposedly be rounded up and executed soon -- it is also wildly anti-Semitic. This unfounded conspiracy theory promoting imminent violence against the president’s enemies has been directly linked to multiple killings, a kidnapping, and even terrorism.

With social media companies struggling to enforce piecemeal bans on the conspiracy theory, many of its major supporters have had ample time to create backups or move to other platforms. With that in mind, Media Matters has identified four major platforms where QAnon video and audio content continues to spread with seemingly no restrictions. The examples below are just a small sample of the much larger amount of QAnon content circulating on these platforms.

Indigenous Mike, a QAnon account whose content on Spotify has included the QAnon slogan “where we go one, we go all,” often abbreviated as “WWG1WGA.” 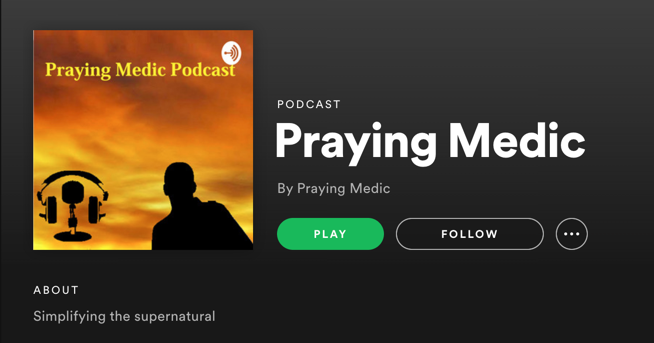 Pardon My American has discussed “Red October,” a reference to the QAnon conspiracy theory that Trump is preparing to finally take down his “deep state” enemies.

Fall of the Cabal, a violent QAnon video series used to recruit new members and which suggests that the Clintons and former President Barack Obama should be hanged for committing “high treason,” was removed from YouTube yesterday but remains active on Vimeo. 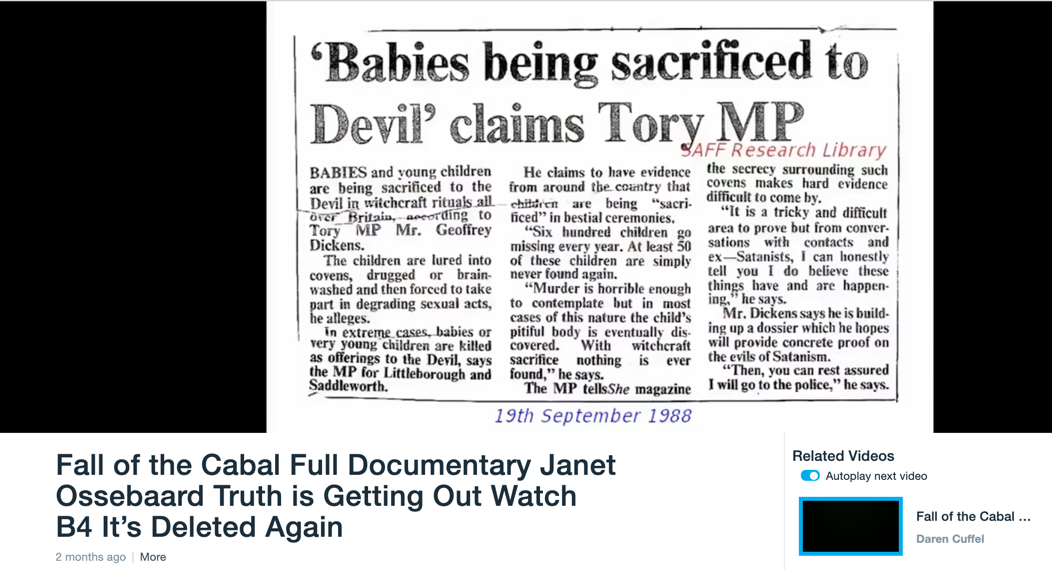 A search for the QAnon slogan “WWG1WGA” on Vimeo brings up the following results: 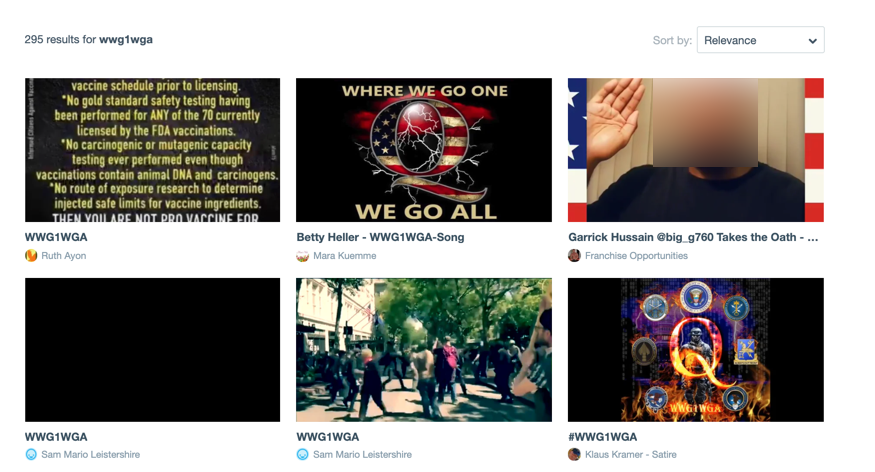 A search for the phrase “QAnon” brings up additional examples of the conspiracy theory spreading on Vimeo: 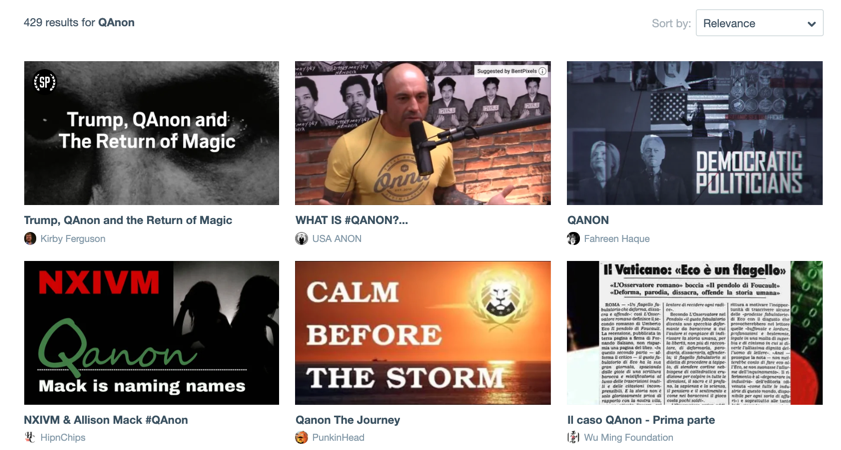 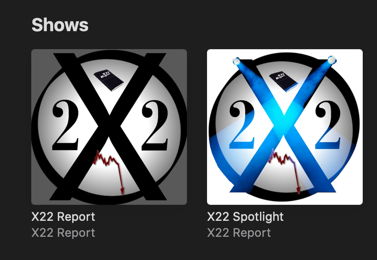 Woke Societies’s Podcast, which has discussed “the storm,” a key phrase related to the conspiracy theory; Pardon My American; and Red Pill News, hosted by another QAnon account recently banned from YouTube. 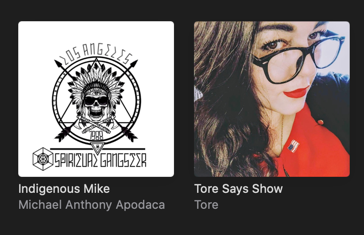 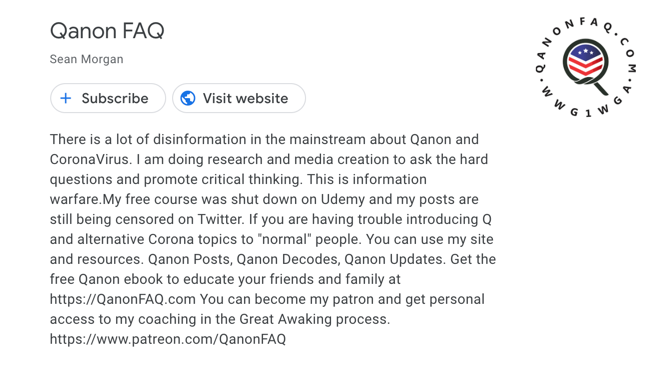