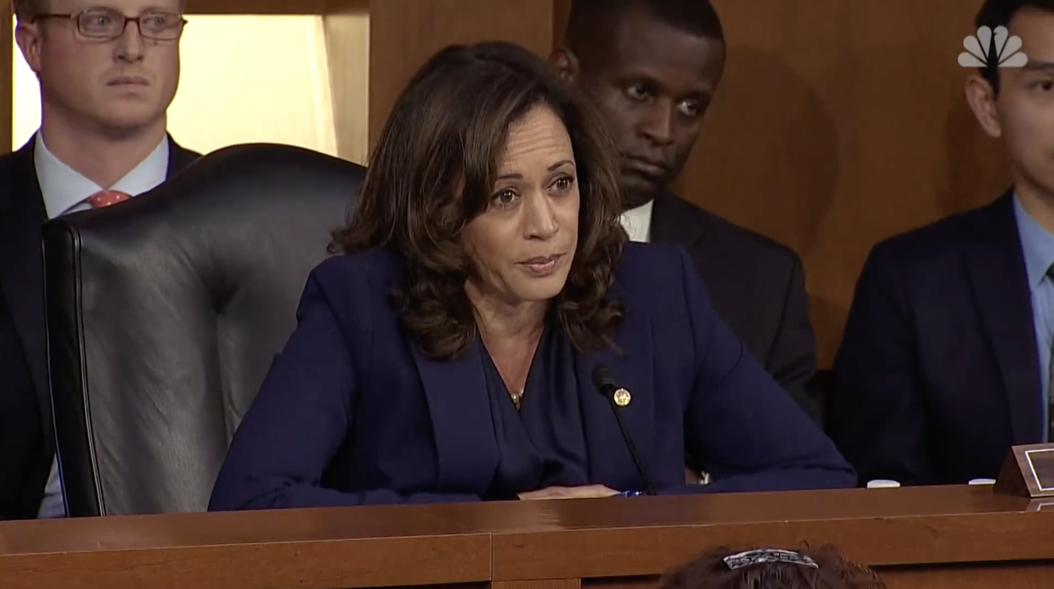 The NRA deployed a similar attack against Harris, and other Democratic candidates, during the primary and it made as little sense then as it does now. Democrats running for the 2020 presidency collectively took stronger positions on gun regulation than at any time in recent history, reflecting changing attitudes of the public and especially supporters of the Democratic Party.

The NRA’s narrative -- that supporting extensive gun regulation was a campaign killer for Democrats in the 2020 primary -- is an amateurish attempt at deception and comes in the first election cycle since the gun group’s highly public falling out with advertising firm Ackerman McQueen, which had crafted the NRA’s public messaging for decades. The NRA  -- which is facing dissolution as a nonprofit following years of alleged corruption and financial fraud -- has pledged to spend tens of millions of dollars to reelect President Trump, though so far it has yet to spend even $1 million.

Shortly after Harris was announced as the vice president pick, the NRA took to social media to issue its response. In an August 11 tweet, the NRA applied a filter to an image of Harris and claimed that she and Biden “will dismantle the Second Amendment.”

The NRA made a similar argument after Harris ended her candidacy for president in December 2019, writing on Instagram and Twitter, “Another gun confiscation candidate bites the dust. When are they going to learn that is a losing platform.”

Following the NRA’s logic, one might expect that whoever ended up as the Democratic nominee would be the candidate who held the most conservative position on gun regulation. But after Biden clinched the Democratic nomination, LaPierre wrote in an NRA online magazine that “no presidential nominee in American history -- not Barack Obama or even Hillary Clinton -- has made it more clear than Joe Biden that freedom is in his crosshairs and he’s coming for our guns,” suggesting this line of attack would continue regardless of the choice.  (The NRA routinely declares every election cycle the most important in our lifetimes, premised on the claim the Second Amendment is about to be destroyed.)

All of this NRA messaging is deceptive and nonsensical and should serve as a warning to mainstream media outlets that have sometimes credulously adopted the NRA’s claims that any political candidate who opposes its agenda is in special danger of losing an election.

The NRA’s characterization of why Harris, and other primary candidates, dropped out is self-serving as it suggests the gun group has a potency on the gun regulation issue that it clearly does not. For example, in October 2019, The New York Times reported that Democratic candidates were “far more forceful and united on gun control than their predecessors,” noting that “the political terrain on guns has been shifting for several years in response to a seemingly unending series of mass shootings” and that “a wide range” of gun safety proposals “are supported by a majority of Americans.” Ahead of a primary debate, Democratic voters cited gun policy as the top issue they wanted to see discussed. As Sen. Chris Murphy (D-CT) -- one of the most prominent backers of stronger gun laws -- said, “I love the idea these candidates are thinking creatively about this issue ... and trying to outdo one another on gun control.”