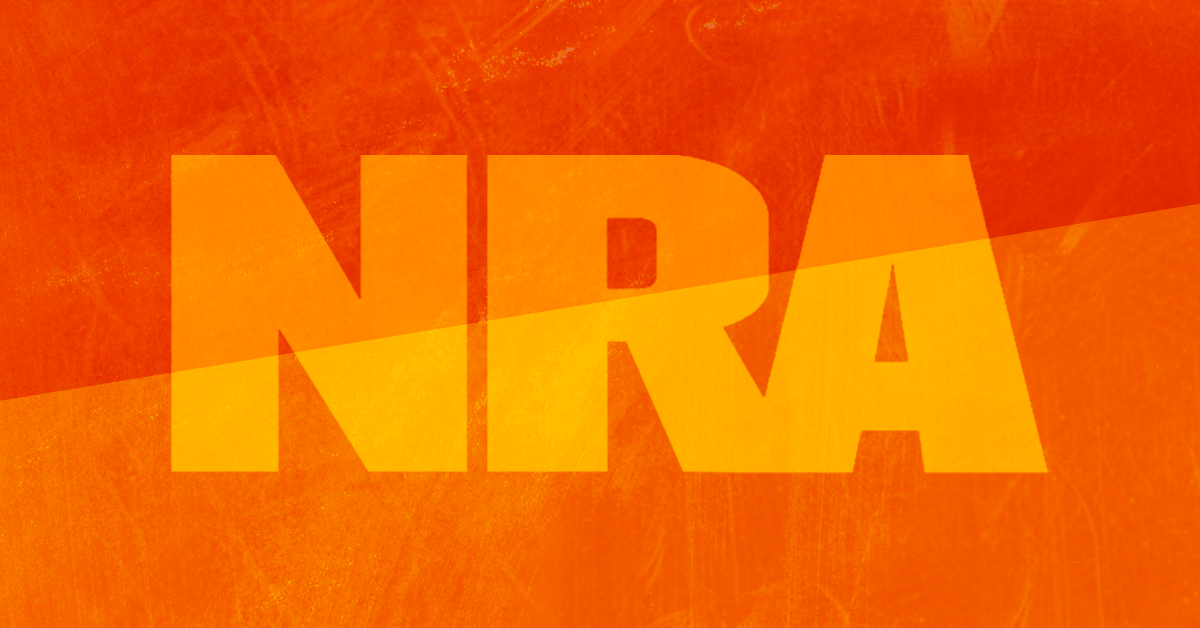 The Washington Post undeservedly credited the National Rifle Association with blocking a package of gun safety proposals in the Virginia General Assembly to set up a contrast with the massive turmoil the gun group is currently experiencing. In doing so, the paper baselessly overstated the NRA’s power to influence the legislative process and elections in Virginia.

In fact, the primary reason Virginia's GOP-controlled legislature is in a position to vote down gun safety laws and other progressive proposals is racist and partisan gerrymandering implemented by the state’s Republican lawmakers.

On July 12, the General Assembly’s GOP leadership adjourned just 90 minutes into a special session called by Democratic Gov. Ralph Northam to vote on several gun safety proposals. Northam had called the session in the wake of a May 31 mass shooting in Virginia Beach in which a man armed with a suppressed handgun and high-capacity magazines killed 12 people in a municipal building. No votes were taken on Northam’s proposals, which included implementing universal background checks, reinstating Virginia’s one-gun-a-month law, and banning silencers like the one used by the Virginia Beach shooter.

Writing about the NRA’s activities leading up to and during the special session, The Washington Post published an article with the headline “The NRA is in turmoil. But in Virginia gun debate this week, the group flexed its muscles.” The report claimed that the session’s early adjournment “was a display of political muscle for the NRA, a brand that has appeared crippled in recent months” -- a reference to the massive turmoil and infighting occurring in the NRA -- and that “this week’s events in Richmond showed that the organization continues to wield significant influence at the grass-roots level.” The article described routine NRA outreach and lobbying activities -- including briefing lawmakers, holding events prior to the special session, emailing its supporters, and handing out T-shirts and pizza -- in crediting the NRA with blocking Virginia’s gun safety proposals.

The article included only a single piece of plausible analysis. Contrary to the narrative adopted by the rest of the piece, Coalition to Stop Gun Violence Virginia Director Lori Haas told the paper, “I don’t believe that Republicans in the General Assembly are doing this only because of the influence of the gun lobby” because “most of them believe in an extremist version of the Second Amendment.” (I previously worked with Haas at CSGV.)

Haas is correct that Virginia GOP lawmakers seem to need little outside encouragement from the NRA to push an anti-gun-safety agenda. For example, one of the leading pro-gun figures in the Virginia legislature, Republican state Sen. Dick Black, recently published an opinion piece in the Post attacking the gun safety proposals ahead of the legislature’s special session. Black is closely aligned with the extremist state gun group Virginia Citizens Defense League. VCDL has suggested that if its legislative agenda is not passed in the General Assembly, violence would be an acceptable response. VCDL also publishes a newsletter that has shared racist content in encouraging people to arm themselves.

Another GOP lawmaker in Virginia carries a gun on the state Senate floor.

The reason GOP legislators are in a position to block the passage of gun safety laws in Virginia is because of gerrymandering, not the influence of the NRA. Virginia has been one of the most gerrymandered states in the country dating back to when the General Assembly redrew districts following the 2010 census. In fact, GOP changes to district lines in 2011 were recently found to be an unconstitutional racial gerrymander, and there will be new districts for the 2019 elections. During the last election for state offices in 2017, Republicans retained control of the General Assembly’s lower chamber, the House of Delegates, only because of GOP gerrymandering. Gerrymandering also explains the outcome of the 2015 state Senate elections, the last time that chamber was up for reelection.

The Post’s analysis of the special session for gun safety legislation missed the impact of gerrymandering on elections in Virginia and instead baselessly postulated that the NRA’s “legions of members — the group does not release figures but said it has ‘hundreds of thousands’ in Virginia — are reliable voters who show up even during off-year elections.”

All state office elections in Virginia occur during off years, and the NRA’s recent record is dismal. In 2013, the NRA deployed heavy resources against Democratic Virginia Gov. Terry McAuliffe, only for him to win in a race where the Post reported McAuliffe was “talking tough about gun control, as if daring the National Rifle Association to take him on.”

Like 2013, the 2017 elections -- which were held shortly after the Las Vegas country music festival massacre -- featured significant discussion of gun policy. Pro-gun-safety Democrats won all three of the races for statewide office -- governor, lieutenent governor, and attorney general -- to capture a rare trifecta of power in the commonwealth. Chris Hurst, whose girlfriend Alison Parker was shot to death during a live news broadcast, also ran for office and won.

The three statewide candidates endorsed by the NRA in 2017 all lost despite heavy NRA spending. Northam and Lt. Gov. Justin Fairfax both received “F” ratings from the NRA, and the gun group had called Attorney General Mark Herring “one of the most anti-gun lawmakers in Virginia history” after Herring credited his support for gun safety measures for his 2013 attornery general election victory. According to election night exit polls, Northam and Republican gubernatorial candidate Ed Gillespie tied among voters whose primary issue was gun policy -- evidence that the enthusiasm gap described by the Post doesn’t actually exist.

This is not the first time the Post has published evidence-free claims about the NRA’s influence in Virginia. Following the 2015 elections, the Post published an analysis that claimed without evidence that the gun policy issue caused Democrats to fail to capture the state Senate. After publication, the Post made several changes to its article to soften its claims.