Right-wing writer Bill Fawell, a congressional nominee in Illinois who has received support from several Republican groups, has repeatedly claimed that Israel helped carry out 9/11.

Fawell is a real estate broker and author who has frequently posted right-wing commentaries online. He ran unopposed in the March 20 Illinois GOP primary to represent District 17 in the U.S. House of Representatives and is now challenging incumbent Democratic Rep. Cheri Bustos.

CNN's Nathan McDermott and Andrew Kaczynski reported in May that Fawell previously “pushed a conspiracy theory that 7 World Trade Center collapsed as part of a controlled demolition and the attacks were a plot to destroy documents.” CNN also wrote that Fawell “said Beyonce had ties to the Illuminati.” CNN asked the state party at the time for comment but did not receive a response.

Media Matters found in a new review of Fawell's writings that he claimed “9/11's masterminds” were “our CIA and Israel's Mossad”; 9/11 was an “obvious false flag attack whose work was farmed out to Israel’s Mossad by elements high up in our government"; and if “there is another” 9/11-type attack, “you can bet … they’ll [the CIA and Mossad] have made it too.”

The Israel-9/11 claim has been a popular conspiracy theory among anti-Semitic media figures. Anti-semite John Fitzgerald, a Republican congressional nominee in California, has also claimed that Israel was involved in the 9/11 attacks.

Here are four posts from Fawell in which he connected Israel to the 9/11 attacks. 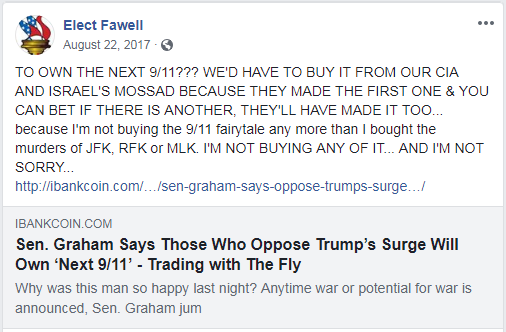 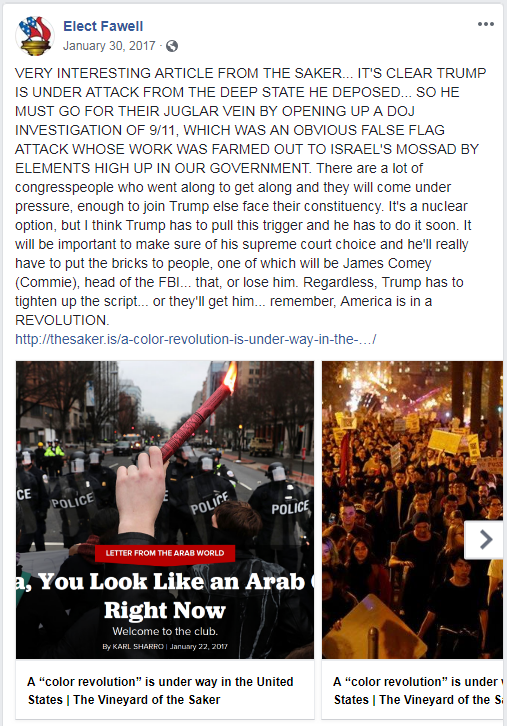 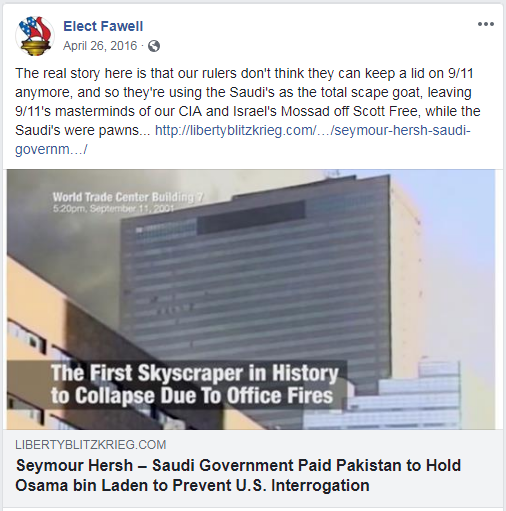 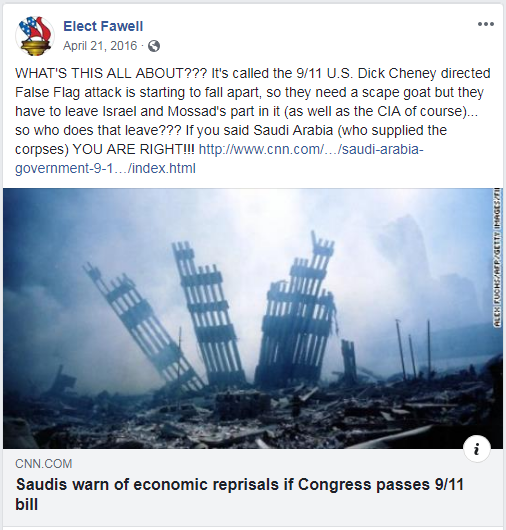