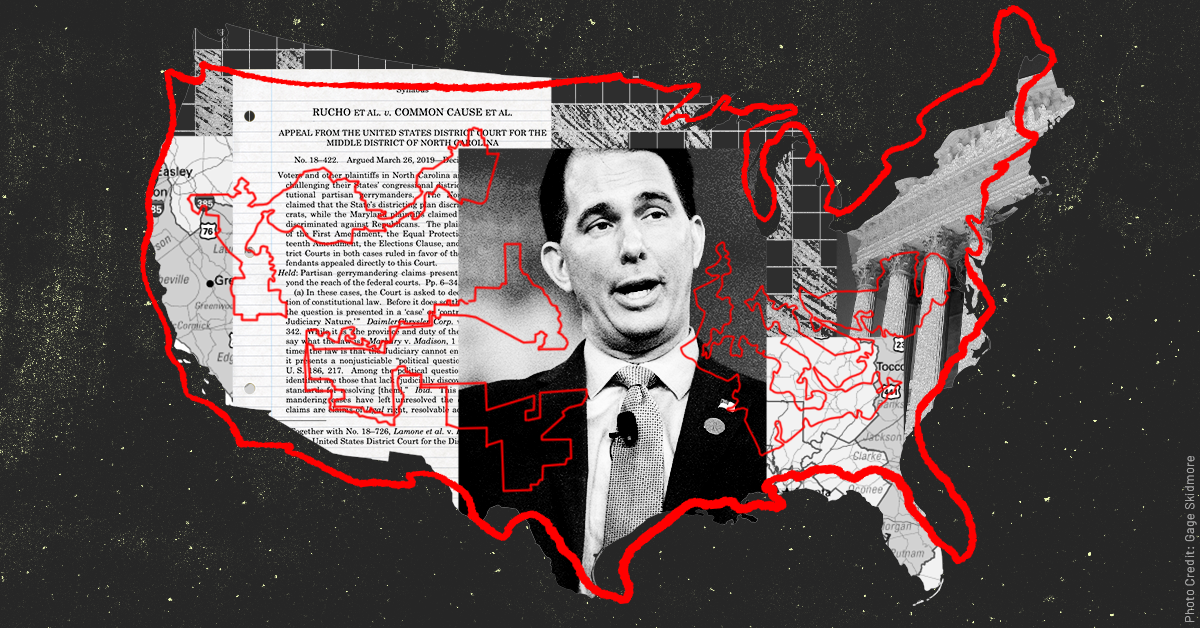 In the wake of a Supreme Court decision that ruled partisan gerrymandering of voting districts is not in the high court’s purview, expect to hear more shameless and outlandish pro-gerrymandering commentary from antidemocratic conservative pundits.

On June 27, the Supreme Court issued a 5-4 decision in Rucho v. Common Cause and Lamone v. Benisek. In its majority opinion, the conservative wing of the bench said the court had no jurisdiction to review the constitutionality of partisan gerrymandering -- when the majority party in a state legislature redraws voting districts to its own numerical advantage -- because the issue is a political question.

Hours after the decision was released, former Republican Wisconsin Gov. Scott Walker attempted to tout the supposed fairness of Wisconsin’s 2018 State Assembly elections in which Democrats captured just 36 of 99 seats despite winning 54% of votes statewide. 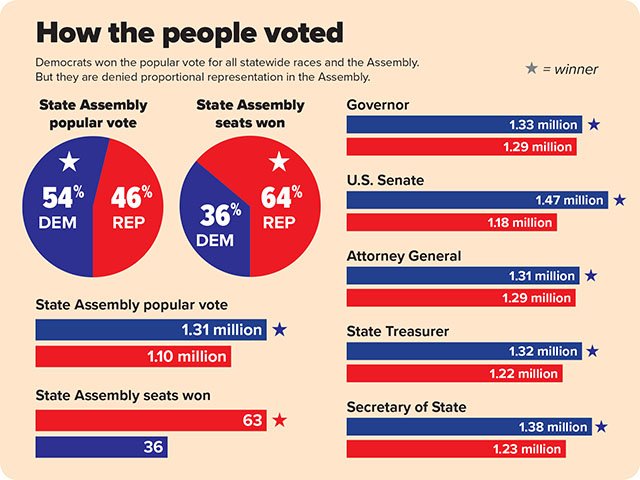 During his time in office, Walker had been involved in gerrymandering districts to GOP advantage. (Walker, who was seeking a third term, lost his 2018 election because -- get this -- he lost the popular vote.)

This map says it all. Democrats win by big margins in places like Madison (which counts the same as any other vote in statewide races) but that doesn’t mean they should have a larger share of the seats just because they win by big margins in some districts. https://t.co/MuYo2calUl pic.twitter.com/QCkRqCb7PT

Since losing his bid for a third term as governor, Walker has turned to conservative punditry with a podcast called You Can’t Recall Courage -- a reference to Walker’s escape from a 2012 recall election after he led a massive union-busting initiative. Walker also recently joined right-wing campus group Young Americans Foundation and, importantly, he is the national finance chair for the National Republican Redistricting Trust, which Politico described as “the GOP’s data and legal hub preparing for redistricting after the next census” in 2020.

During the July 5 edition of You Can’t Recall Courage, Walker offered further justification of his tweet. Complaining about high voter turnout in liberal-leaning Madison and “unbelievably big” Democratic margins of victory in districts in and around Madison, Walker said it’s a “flawed argument” to say that “a vote in Madison counts the same as a vote in a very rural community or in a suburban community.”

“Just because a bunch of votes are packed into one given area doesn’t mean the rest of the state has to have an equal number of legislative districts held by Republicans and Democrats,” Walker added.

The logic behind this argument is confounding. For example, high margins of victory are a direct consequence of partisan gerrymandering, where minority-party voters are packed into small numbers of districts with the goal of diluting the impact of their votes. And Walker’s previous citation that the vast majority of districts in Wisconsin -- which, again, have been gerrymandered for partisan advantage -- voted Republican in 2018 is itself an argument that boils down to saying that plots of land, rather than residents, should determine representation in the Assembly.

Walker’s argument is a spinoff of other right-wing attempts to paper over what it means to win in antidemocratic systems; President Donald Trump infamously displayed a photo of all of the land area he won during the 2016 presidential election in the White House to try to hide the fact that he lost the popular vote.

Spotted: A map to be hung somewhere in the West Wing pic.twitter.com/TpPPDyNFtE

Trump’s map seems like an ego-soothing exercise for the president. But Walker apparently actually believes the faulty premise behind such a move and is in a position to advance that dangerous logic through his role with the National Republican Redistricting Trust. Given the Trump administration’s meddling in the 2020 census and the Supreme Court’s recent abdication on gerrymandering, there may be no limits to what partisans like Walker can do to keep their allies in power.