Conservative radio host Larry Elder, who is running to be the next governor of California in the upcoming special election, has repeatedly used his platform to spread COVID-19 misinformation and downplay the severity of the virus.

California will be holding its recall gubernatorial election on September 14, and Elder announced his candidacy for the position on July 12, joining a lengthy list of candidates. Though Elder initially failed to qualify for the ballot, a court ruling in his favor secured his place.

Elder has previously used his radio show to embrace right-wing narratives about police violence, denigrate the Americans with Disabilities Act, dismiss working mothers, and spread election fraud conspiracy theories. Throughout the pandemic, Elder has also used his platform — including his radio show, Facebook page, and YouTube show with fringe outlet The Epoch Times — to spread misinformation about COVID-19 precautions and downplayed the virus’s fatality rate:

Beyond his radio program, Elder has also repeated misinformation about COVID-19 on his Facebook page and YouTube show. 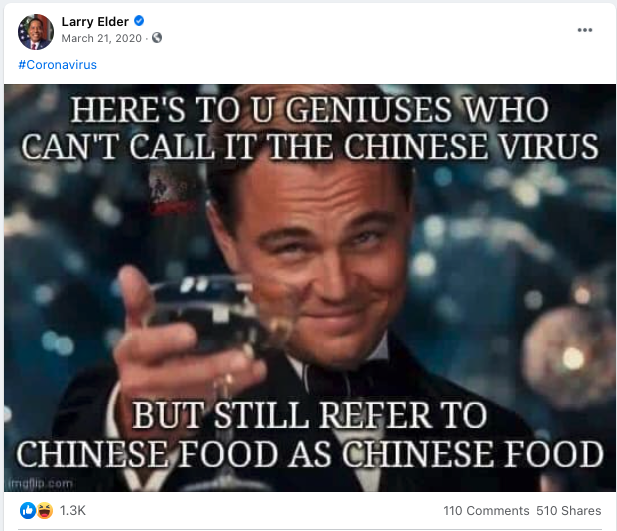