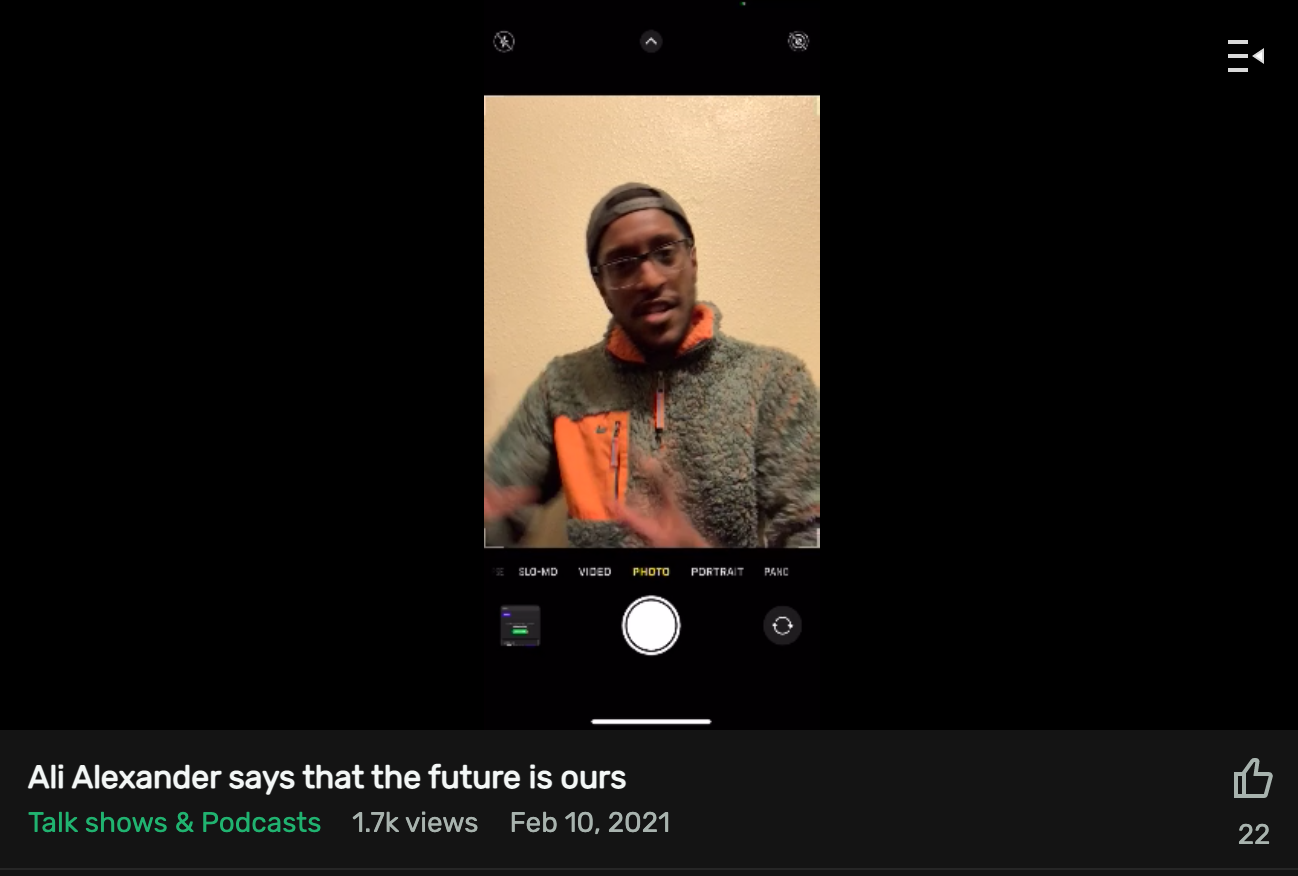 “Stop the Steal” organizer Ali Alexander is now using gaming platform Trovo to livestream threats against authorities, call for the free press to be abolished, and promote upcoming rallies.

Trovo is a streaming platform primarily used for gaming, but it has since become Alexander’s latest digital home. He has been banned from all major social media and streaming platforms for his role in the January 6 insurrection at the U.S. Capitol.

In the late hours of February 10, Alexander used Trovo to stream to his followers, promising to organize further pro-Trump events, threatening violence against authorities, and claiming to be planning the creation of a new society and a backup city in South America.

Alexander’s video appears to be in violation of multiple Trovo community guidelines. His content has nothing to do with video games or pop culture, a fundamental Trovo streaming requirement: “Content streamed on Trovo must be relevant to video games and pop culture.” Additionally, Trovo prohibits “acts of extreme violence” or “content that encourages ... illegal activity of any kind.” The platform also explicitly forbids “overtly political” content. Alexander violates all of these guidelines.

He then promoted upcoming “Stop the Steal” rallies, saying, “I’m going to get back and I’m going to do rallies again starting in March. I’m going to have indoor gatherings in March in Michigan, in Arizona, in Georgia, in Texas.”

Alexander also said he is creating “tools of creation and tools of chaos” and will “unleash it on this world.” He then threatened to meet authorities on the “battlefield” if they attempt to arrest him.

Ali concluded his stream by emphasizing that he is angrier than after the election: “I’m pissed off. I’m more pissed off than I was the night of the election, which created 'Stop the Steal.' We win. They lose. To God be the glory.”