The insurrection at the Capitol on Wednesday, which involved a mob of extremists who support President Donald Trump storming the building to try to overturn the presidential election, has sparked a number of viral misinformation campaigns falsely claiming that anti-fascist demonstrators were responsible for the riot.

Social media platforms have reacted differently, and with varying degrees of urgency, to the latest flood of misinformation following the Capitol attack. In the immediate aftermath, Facebook, Twitter, and YouTube all removed Trump’s January 6 video address to the rioters in which he halfheartedly told them “to go home,” but then falsely claimed the election “was stolen from us,” called the insurrectionists “very special,” and said, “We love you.”

Despite some of these actions, misinformation about the insurrection has thrived within right-wing social media ecosystems, particularly within established networks of Facebook groups.

Notably, right-wing social media accounts on Facebook, Twitter, TikTok, YouTube, and Instagram are peddling conspiracy theories to absolve pro-Trump rioters by placing the blame on imaginary “antifa,” or anti-fascist protesters. Users claim that the Trump insurrectionists were actually undercover “antifa” members intentionally escalating violence, and their “evidence” for this unfounded claim ranges from a deceptively cropped picture to claims that there were paid crisis actors in the crowd. In fact, supporters of the pro-Trump QAnon conspiracy theory are among those who are actively pushing these claims online, even though multiple QAnon followers played an influential role in storming the Capitol.

The overarching narrative of this viral misinformation that paid actors or “antifa” members infiltrated the insurrection and caused the violence has already spread widely on social media and even reached Congress itself. Here’s an overview of the viral lies that anti-fascists led that pro-Trump attack on the Capitol, and a look at how they spread on social media:

Right-wing conspiracy theorists have peddled false-flag conspiracy theories for years, claiming that various tragedies were either faked entirely or carried out by someone other than the actual perpetrators to advance a hidden agenda or to frame people.

These conspiracy theorists even go so far as to claim that liberal or left-wing figures such as George Soros pay protesters or actors. In fact, after the violent 2017 white nationalist rally in Charlottesville, Virginia, right-wing media claimed Soros had paid anti-fascist protesters to attend, and the same claims were made after widespread anti-Trump protests. (There is no proof that any of these protesters have been systematically paid by any group.)

Following this pattern, false-flag conspiracy theories that there were paid actors or “antifa” members at the Capitol circulated on social media, including a video of a user claiming to be a paid protester which was later clarified as a joke but is currently circulating without that clarification. 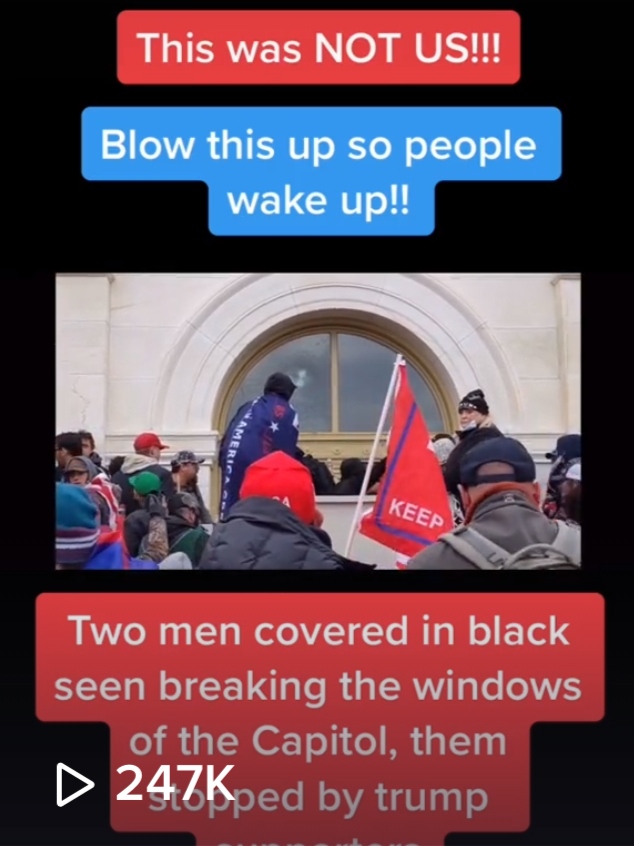 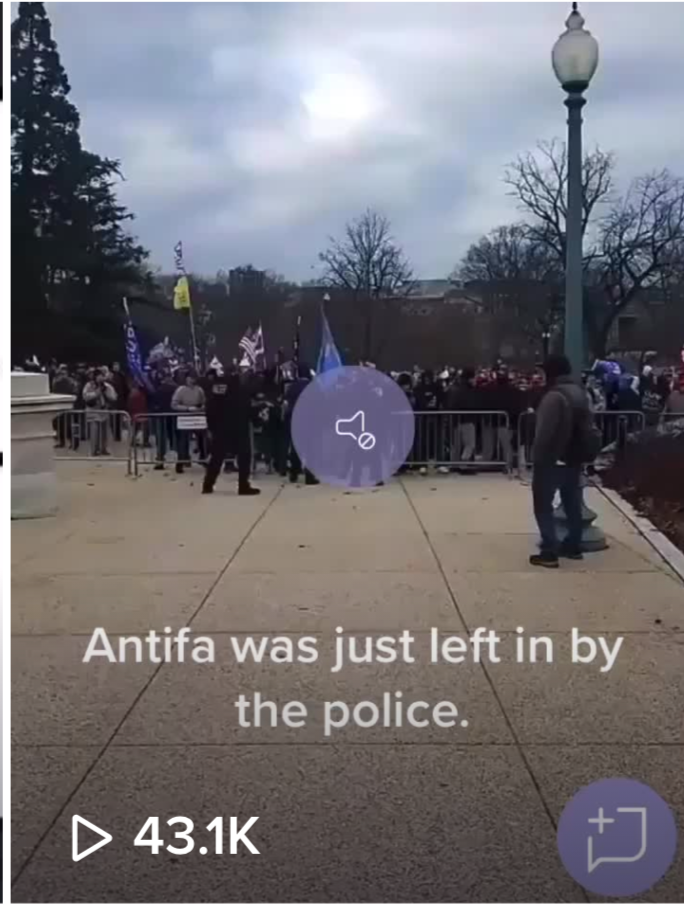 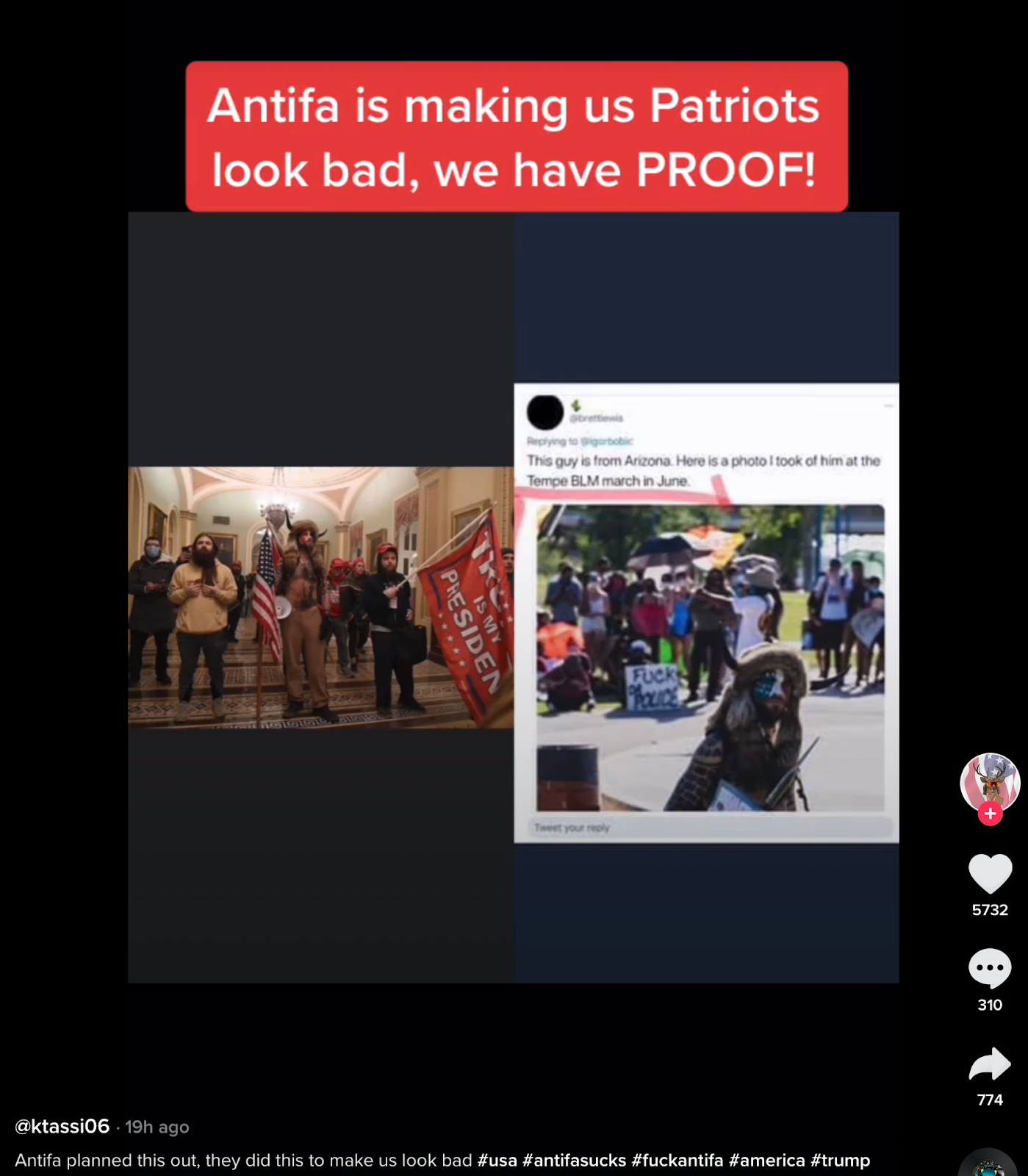 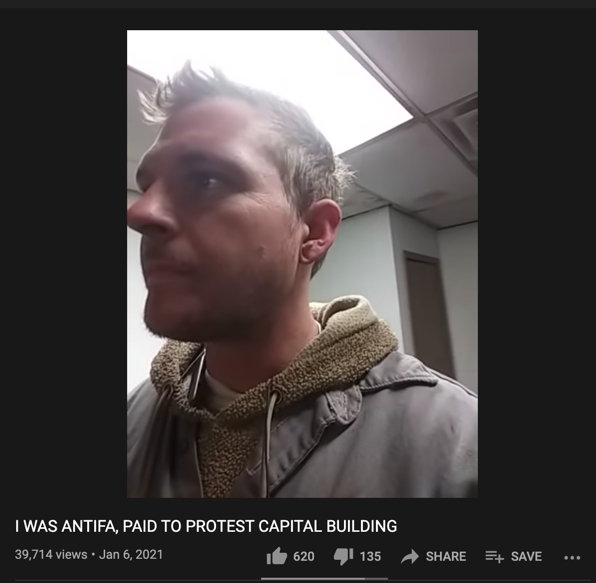 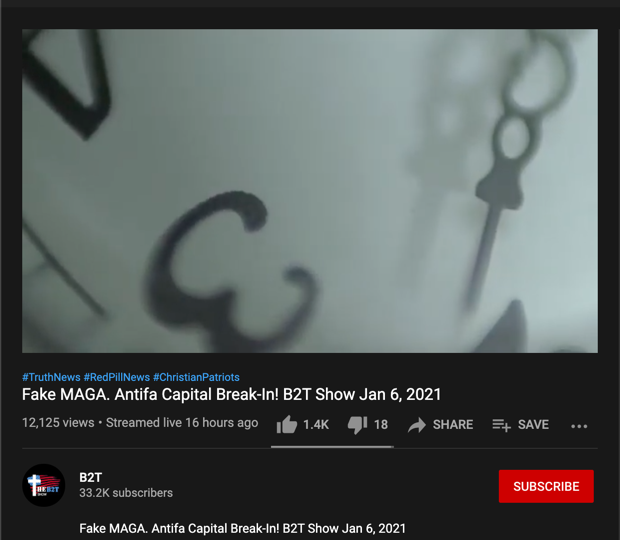 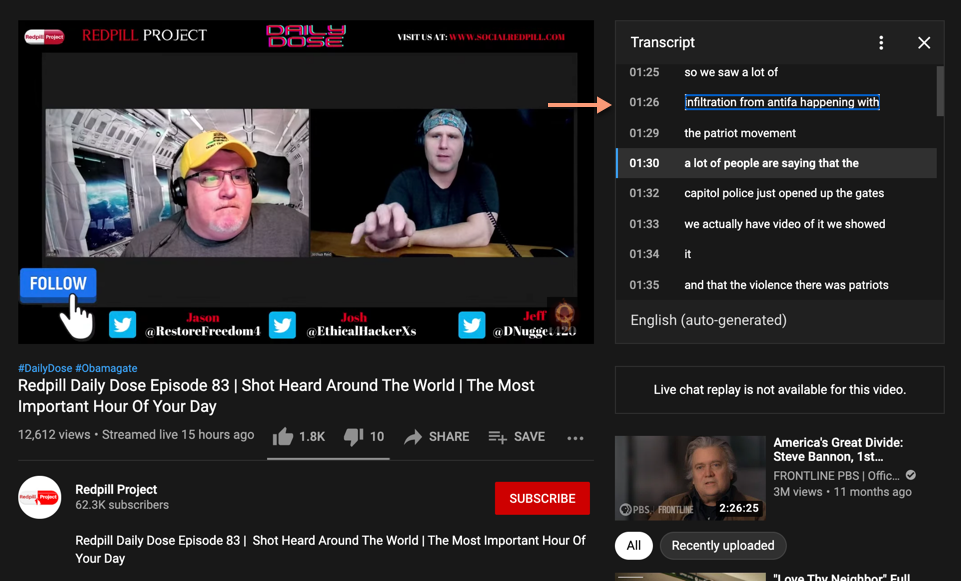 During the insurrection, Jake Angeli, a follower of the pro-Trump QAnon conspiracy theory known as the “Q Shaman,” took photos on the Senate dais and marched through the Capitol with a megaphone wearing red, white, and blue face paint and a horned helmet. As images of him in the Capitol building circulated, misinformation claiming that he was part of “antifa” or the Black Lives Matters movement also spread.

On social media, users pointed to an image of Angeli at a Black Lives Matter protest, but fact-checkers quickly pointed out that the picture of Angeli is cropped, leaving out his sign that said “Q sent me.” In fact, The Arizona Republic reported that Angeli “has been a fixture at Arizona right-wing political rallies over the past year.”

Even though the allegations were clearly false, the claim quickly circulated across all the major social media platforms. 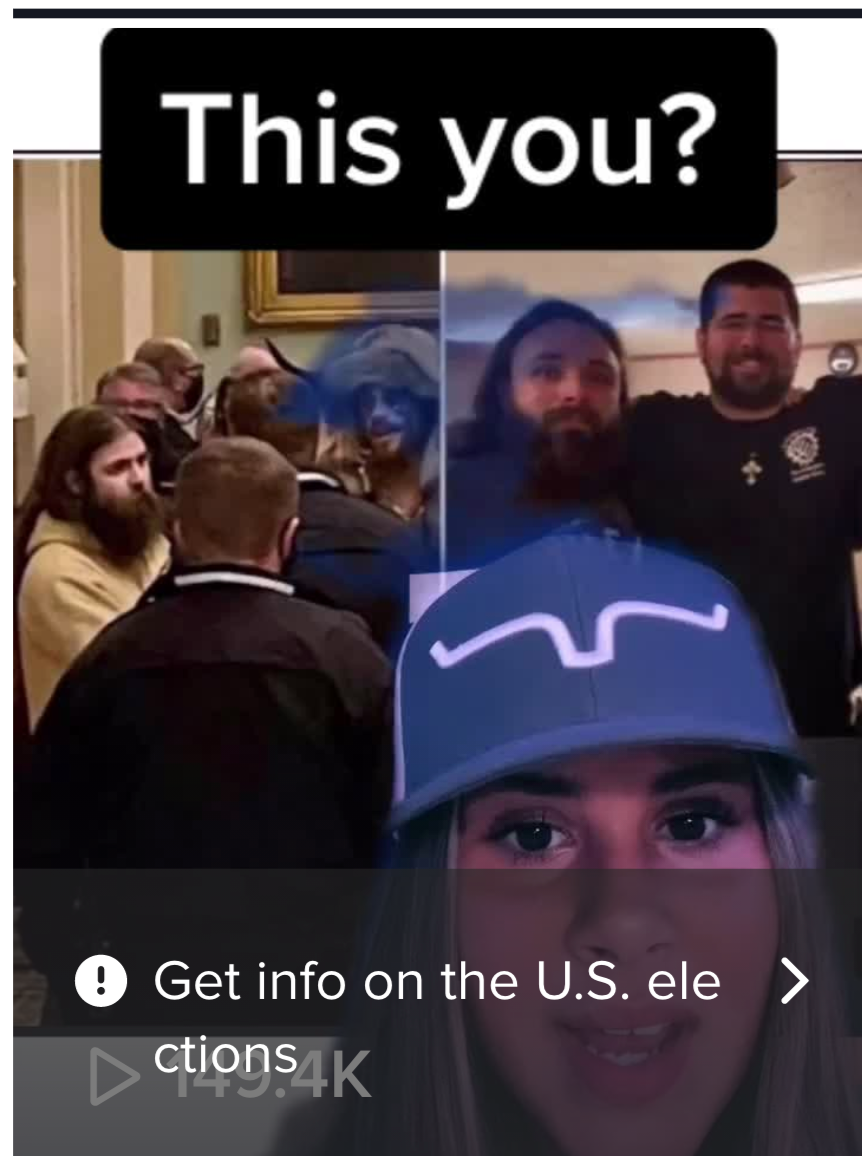 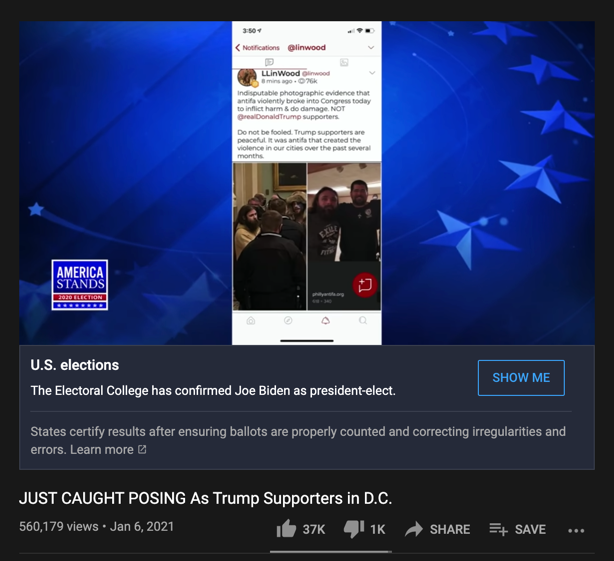 Another image being cited as purported evidence that ”antifa” was responsible for the insurrection depicts one rioter with a hand tattoo. Social media users on Facebook, Twitter, and Instagram falsely claimed that the tattoo was a hammer and sickle, which they say is a symbol of “antifa.” In fact, the tattoo seemingly depicts a symbol from a video game called Dishonored.