Oftentimes appearing as guests on Lou Dobbs Tonight, The Ingraham Angle, and Hannity, among other Fox shows, diGenova and Toensing use their frequent appearances on the network to offer staunch defenses of Trump and to lash out at the president's critics. At one point during Robert Mueller's Russia investigation, both of them were floated to be on Trump’s legal team, but conflicts prevented their appointments.

In 2019, diGenova has appeared on Fox News and Fox Business 59 times, while his wife, Toensing, has appeared 33 times on the networks. The two appear almost weekly on Lou Dobbs’ Fox Business show and they have made 16 combined appearances on Hannity, while diGenova alone has been on The Ingraham Angle 17 times. While they mostly stick to appearing on Fox’s opinion shows, diGenova has been on so-called “news”-side show The Story with Martha MacCallum twice, and he appeared on Fox News’ special coverage of the Mueller report with Bret Baier once. 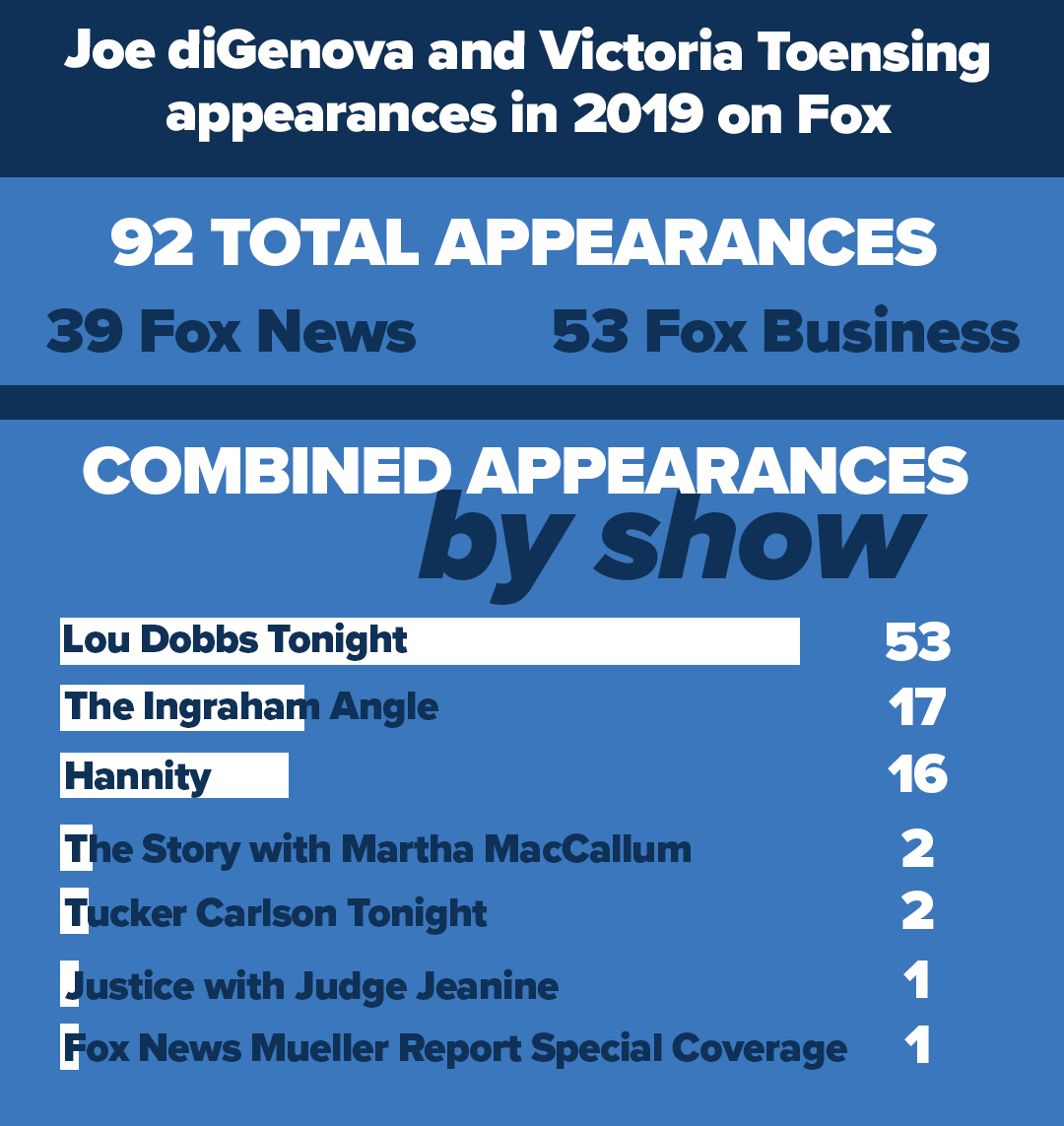