Update (11/13/20): Following Media Matters’ initial reporting, 14 of the identified groups are no longer available on Facebook. The company confirmed that it removed at least one of the groups “for using inauthentic behavior tactics to artificially boost how many people saw their content” after the group changed its name and “misled people about its purpose using deceptive tactics.” The remaining 20 groups currently have over 219,000 total members, and at least four previously public groups are now private.

While votes are still being counted to determine the outcome of the 2020 presidential election, misinformation is spreading within dozens of new public and private Facebook groups pushing with the baseless claim from the Trump campaign and right-wing media that Democrats are trying to “steal” the election. In these groups, members are being bombarded with posts, photos, and videos with unsubstantiated accusations of voting errors and election fraud, and they are planning in-person protests around the country in response.

Media Matters has identified at least 19 public groups and 15 private groups organized around preventing what they claim is a stolen election -- despite legitimate votes still being counted in key battleground states. The groups were created or renamed on November 4 or 5 and have already accumulated at least 50,000 total members in roughly 24 hours. “STOP THE STEAL,” one such public group with ties to Republican operatives, gained roughly 350,000 members before Facebook removed it because of “worrying calls for violence.” Although Facebook took action against “STOP THE STEAL,” smaller new groups with the same goals have been proliferating on the platform since Election Day.

In addition to these “stop the steal” groups, there are at least 39 Facebook events for in-person rallies around the country to protest the counting of legitimate votes. On November 4, Trump supporters rallied outside ballot-counting facilities in Detroit, Michigan and Phoenix, Arizona. In Arizona, some right-wing extremists were reportedly armed, threatening reporters, and shouting misinformation.

These new Facebook groups and events related to the 2020 election are similar to groups organizing on the platform in April and May to protest stay-at-home orders and the use of masks to reduce the spread of COVID-19. Many of these groups remain on Facebook and have since expanded from their original purposes as part of a large network of pages and groups that spread pro-Trump narratives and misinformation. One petition affiliated with the removed “STOP THE STEAL” group has already earned tens of thousands of interactions and been posted to dozens of pro-Trump pages and groups.

Facebook has repeatedly failed to limit the spread of voting misinformation on its platform before, during, and after Election Day. Despite only being created roughly 24 hours ago, these new Facebook groups have already become hotbeds for voting misinformation. “Stop the steal” Facebook groups are now using the platform to spread posts with unsubstantiated claims of voter fraud, including photos and videos that have thousands of shares and views, while ballots are still being counted to decide the election. 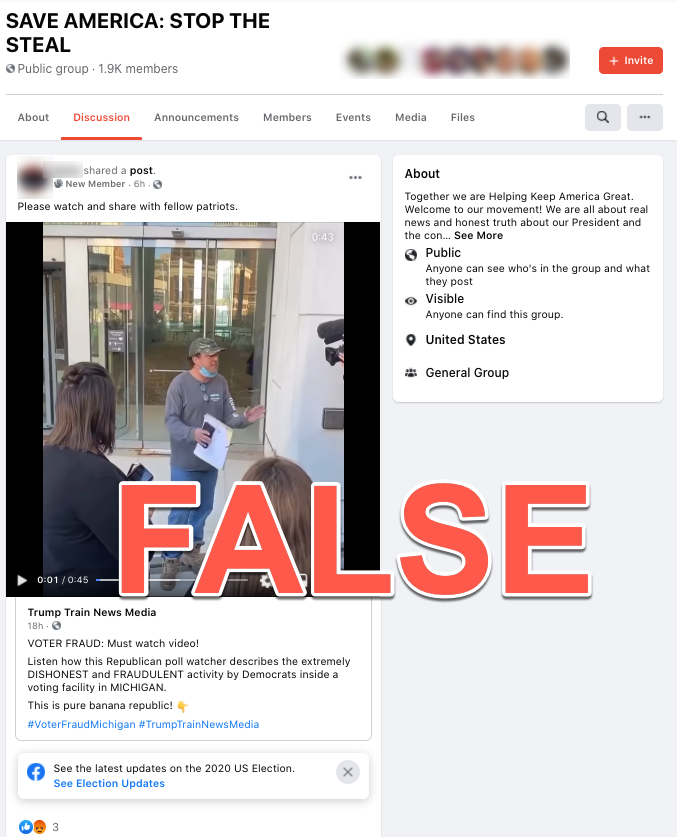 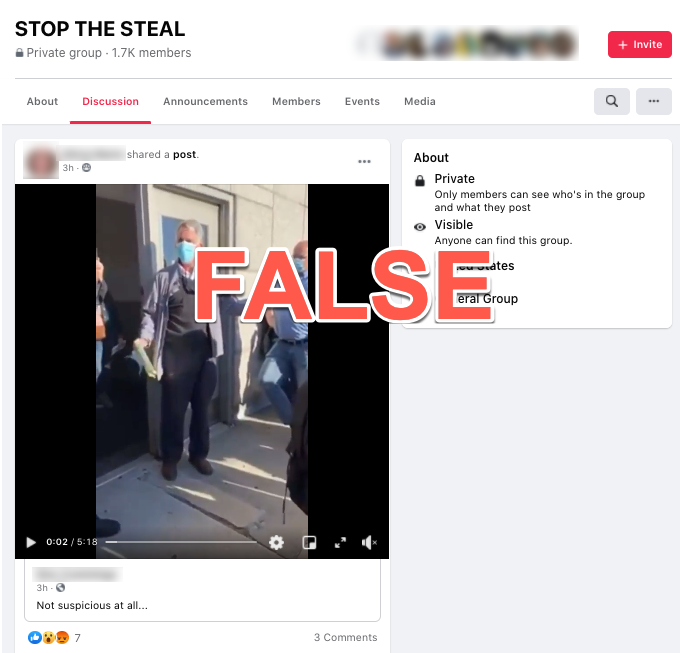 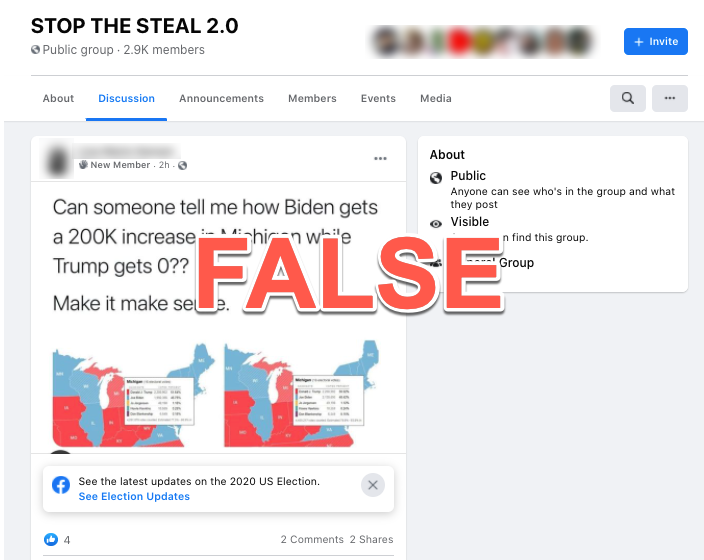 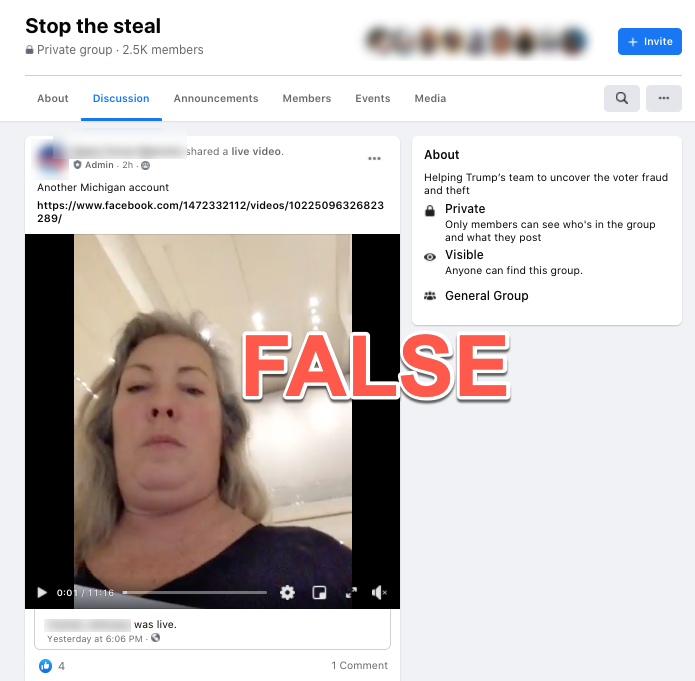 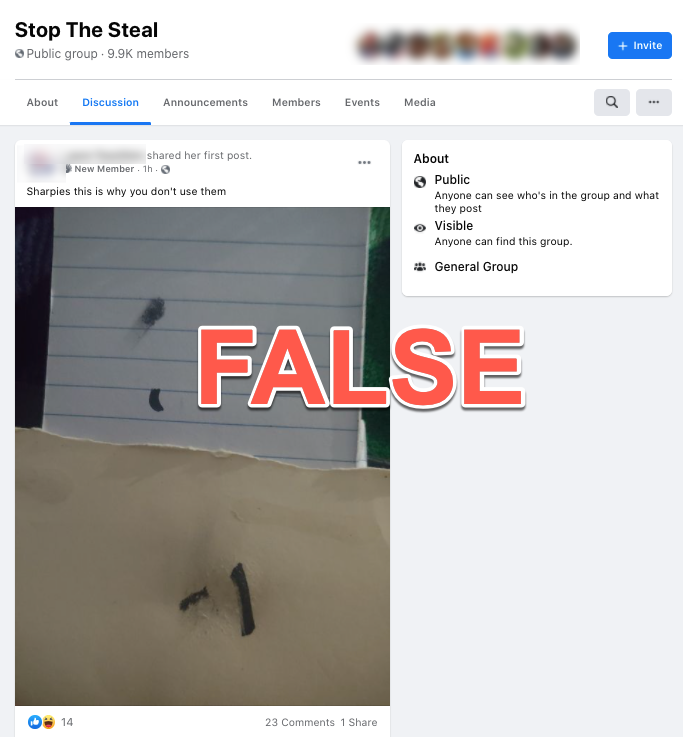