As Arizona continues to count ballots cast during the 2020 election, a false claim has been circulating on social media alleging that poll workers in the state had voters supporting President Donald Trump fill out their ballots using Sharpie permanent markers in order to invalidate them. Despite election officials saying that Sharpies are acceptable ink for use on ballots, dozens of posts with a video promoting this allegation were posted on Facebook, Twitter, YouTube, and TikTok and are gaining hundreds of thousands of views.

Facebook announced that it was taking steps to limit voting misinformation ahead of the election, but the platform has repeatedly failed to do so, particularly within public and private groups where it is harder for Facebook to track and remove inaccurate or harmful content. On Election Day, Media Matters reported that posts encouraging people to go to their polling place without a mask were spreading within private Facebook groups.

The latest round of misinformation claims that poll workers in Arizona tricked Trump voters into using Sharpies when voting so their ballots would be invalidated, even though local officials clearly stated on Election Day that Sharpies were acceptable ink for ballots. Local officials and reporters quickly debunked these false claims after they started spreading on social media platforms. But this lie has been circulating on multiple platforms, including Facebook, Twitter, YouTube, and TikTok, since at least 10:53 p.m. EST on election night.

Many of these posts contain a video in which a voter claims that poll workers “literally went around and they were yanking pens out of hands.” Another voter says that ballots filled out with Sharpies were rejected while ballots filled out with pens were accepted. Facebook labeled the video as having “false information” 12 hours after it began circulating, but it is still available on the platform as well as Twitter and TikTok, with one tweet earning nearly 1 million views.

The video, along with posts pushing similar claims about Arizona ballots, has been posted on Facebook dozens of times, particularly within Arizona-related and pro-Trump groups, including Arizona Trump Supporters Events Group, Women for Trump: ARIZONA EDITION, and Take America Back - Arizona Chapter. 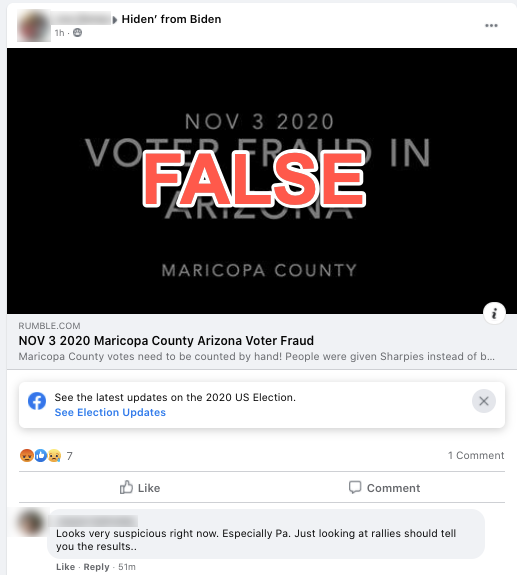 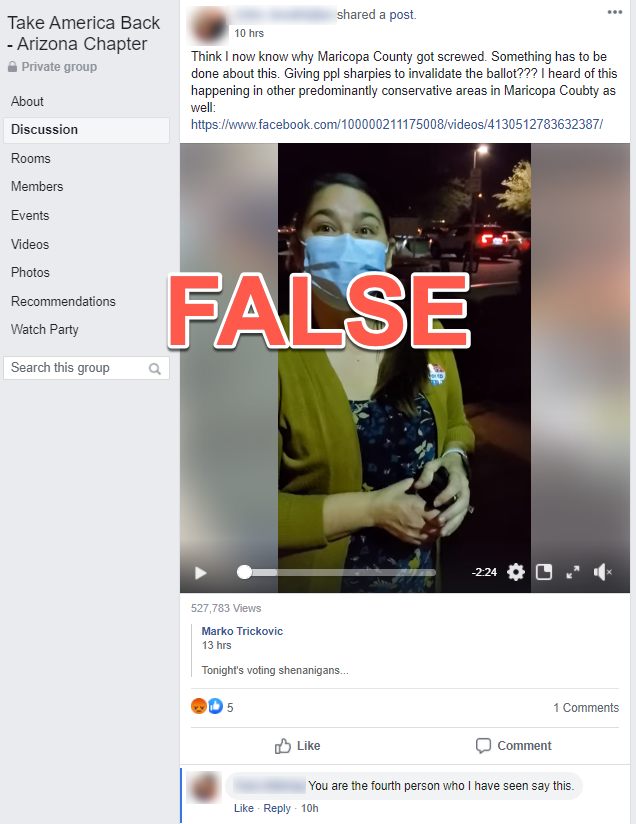 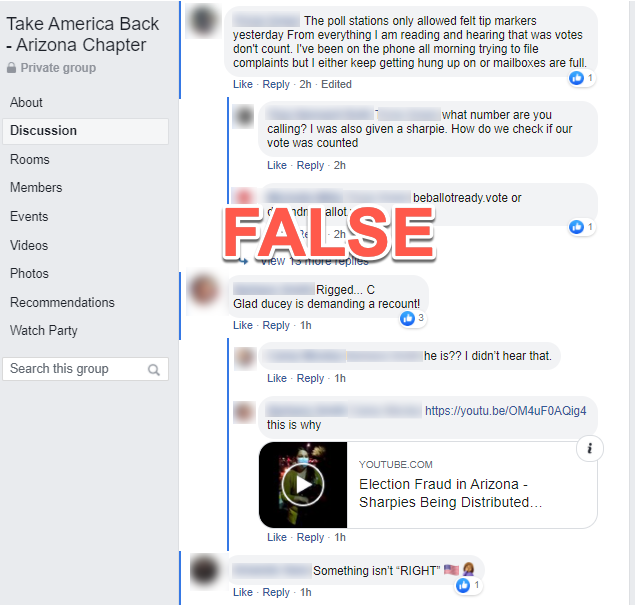