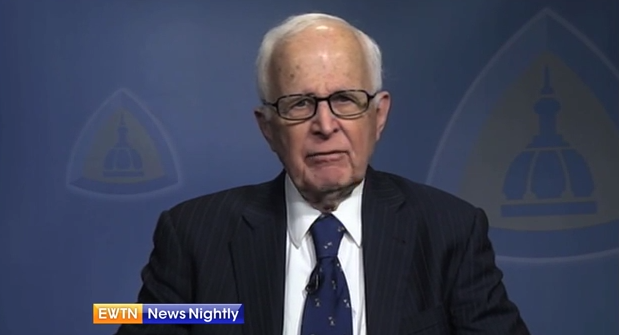 In the June 13 edition of the Wall Street Journal, McHugh lamented the growing attention to transgender rights in public policy and the media, warning that these developments signal a troubling trend toward affirming transgender identities rather than treating them as “confusions” and illnesses:

Yet policy makers and the media are doing no favors either to the public or the transgendered by treating their confusions as a right in need of defending rather than as a mental disorder that deserves understanding, treatment and prevention. This intensely felt sense of being transgendered constitutes a mental disorder in two respects. The first is that the idea of sex misalignment is simply mistaken--it does not correspond with physical reality. The second is that it can lead to grim psychological outcomes.

The transgendered suffer a disorder of “assumption” like those in other disorders familiar to psychiatrists. With the transgendered, the disordered assumption is that the individual differs from what seems given in nature--namely one's maleness or femaleness. Other kinds of disordered assumptions are held by those who suffer from anorexia and bulimia nervosa, where the assumption that departs from physical reality is the belief by the dangerously thin that they are overweight.

At the heart of the problem is confusion over the nature of the transgendered. “Sex change” is biologically impossible. People who undergo sex-reassignment surgery do not change from men to women or vice versa. Rather, they become feminized men or masculinized women. Claiming that this is civil-rights matter and encouraging surgical intervention is in reality to collaborate with and promote a mental disorder.

Expert consensus doesn't comport with McHugh's depiction of trans people as mentally ill. As the American Psychological Association notes, experts now acknowledge transgender identities as "part of the human condition," with many individuals' gender identities established by the age of four. Increased awareness of the realities of the transgender experience led the American Psychiatric Association in 2012 to stop classifying being transgender as a mental disorder, replacing the previous diagnosis of gender identity disorder with gender dysphoria, the distress that often comes from “a marked incongruence between one's experienced/expressed gender and assigned gender.” But that didn't stop McHugh from using some form of the word “disorder” 10 times to describe transgender people.

The American Psychological Association calls on providers to “support the provision of adequate and medically necessary treatment” for trans patients. Denying such treatment, as McHugh would urge, often leads to a rash of negative mental health consequences A number of courts have recently ruled that denying transgender healthcare to prison inmates constitutes a form of cruel and unusual punishment, with the 7th U.S. Circuit Court declaring that it amounts to "torture."

McHugh's unwillingness to accept the medical consensus on transgender people is far from surprising. A mentor of Fox News doctor and serial anti-LGBT misinformer Keith Ablow, McHugh has long peddled anti-LGBT pseudoscience, including the myth that transgender women are actually secret gay men. McHugh promotes the thoroughly discredited notion that being gay is a choice, and anti-LGBT hate groups are all too happy to cite his words to justify their own bigotry.

His penchant for pseudoscience is apparent throughout his op-ed. He accuses Private Chelsea Manning of claiming to be transgender to avoid men's prison, blames “Internet chat groups” for encouraging kids to become transgender, and falsely states that hormone blockers are dangerous for children. None of these claims, of course, are supported with a shred of evidence or actual scientific research.

While McHugh might not have the medical consensus on his side, he does enjoy a platform in conservative media. And by amplifying his transphobic bigotry and pseudoscience, outlets like the Wall Street Journal are complicit in stoking the hatred and violence all too often faced by the transgender community.