After a state legislator in Virginia proposed a bill to remove barriers to abortion access, right-wing media went on the attack. Fox News and other outlets have blatantly lied about the bill (which has since been tabled), calling it legalized “infanticide” and levying other false and misleading accusations, all as part of a campaign to delegitimize attempts to protect or expand abortion access. Fox host Tucker Carlson, himself a booster of anti-choice extremists, argued that “the investor class” pushes abortion on regular people because its members want women to “stop breeding” and join the workforce, adding that “pro-choice means pro-corporate.”

TUCKER CARLSON (HOST): In other words, abortion boosts markets. It frees women from the tiresome demands of motherhood and allows them to fulfill their higher duty, which is to corporations. Childless women make more dutiful, obedient workers. They can work longer hours. They take less time off. They are loyal to company first. This is all great for GDP. Chelsea Clinton and the rest of the investor class strongly approve of it. Stop breeding and get to work. That’s how they feel.

So this is the real reason our elites so enthusiastically support abortion. It doesn’t set you free; it won’t make you happier. But it will make companies more profitable and that’s what matters most to them. Pro-choice means pro-corporate. Whatever else he’s done, [Virginia Gov.] Ralph Northam has made that clear.

His argument that liberal elites want women to have access to abortion so they can enter the workforce is false, sexist, and paternalistic -- and it overlaps with the rhetoric of racist extremists in the “alt-right” world online. Carlson’s misogynistic view that women should not have control over their own bodies also tracks with his efforts to mainstream white supremacist talking points, as there are clear connections between racism, anti-choice activism, and virulent misogyny. There’s significant overlap between Carlson’s rhetoric and the views expressed by white nationalist online media personalities, who, in turn, love Carlson for his on-air racism.

After President Donald Trump lied about abortion and made a hollow appeal to women in the workforce in his State of the Union speech, Richard Spencer, a white nationalist credited with coining the phrase “alt-right,” lamented that increased employment meant fewer children will “be born and cared for.” 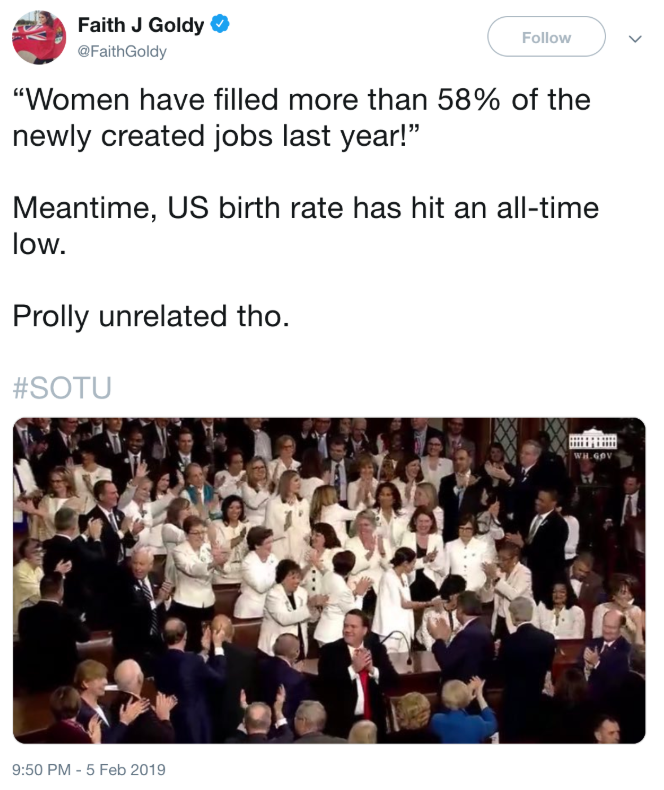 White nationalist YouTube personality and men’s rights activist Stefan Molyneux claimed it’s “very sad” that more are women working -- which Carlson said is the result of abortion access -- because it leaves them “little time for play and connection” with children at home. 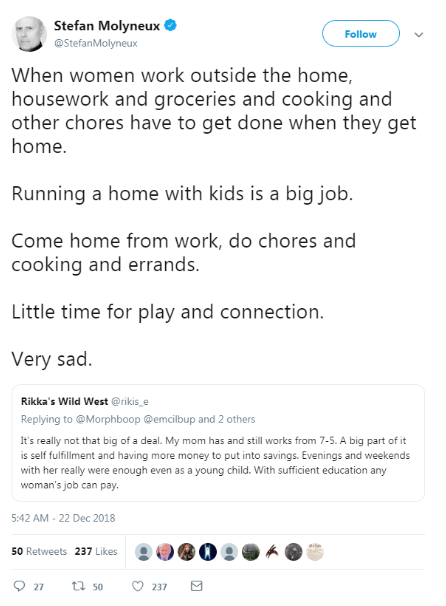 Carlson also said that abortion proponents want women to “stop breeding,” which dovetails with a dog whistle meant to stoke fear of demographic change in America. Molyneux echoed this sentiment on Twitter earlier this month, saying that immigrants and their children are dependant on welfare funded by white people and this is driving down white birthrates. 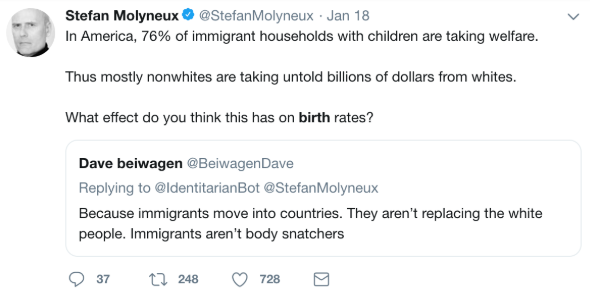