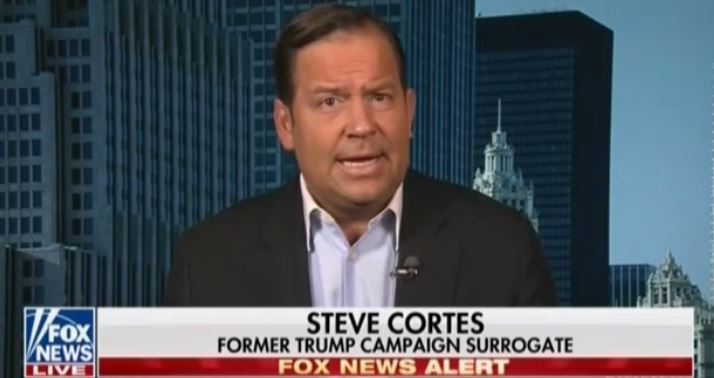 Fox News contributor Steve Cortes, who acted as a Trump campaign surrogate during the 2016 presidential election cycle, pulled out all the stops in response to breaking news that former Trump administration national security adviser Michael Flynn pleaded guilty to lying to the FBI about his contacts with agents of the Russian government. Cortes downplayed the bombshell news, saying it wasn’t “even a firecracker,” claimed the whole narrative was a “collusion delusion,” and asserted that “regular Americans” are not concerned with Russia.

President Donald Trump’s numerous other right-wing media defenders also downplayed the significance of reports that Flynn had agreed to plead guilty to charges emanating from special counsel Robert Mueller’s ongoing investigation into Russia’s meddling in the 2016 election and attempted to deflect attention to other pseudo-scandals. The White House also issued a statement to further downplay the severity of the situation.

Cortes’ performance during a December 1 appearance on Fox's Outnumbered Overtime offered arguably the most succinct synopsis of these defensive talking points you'll find anywhere, including: