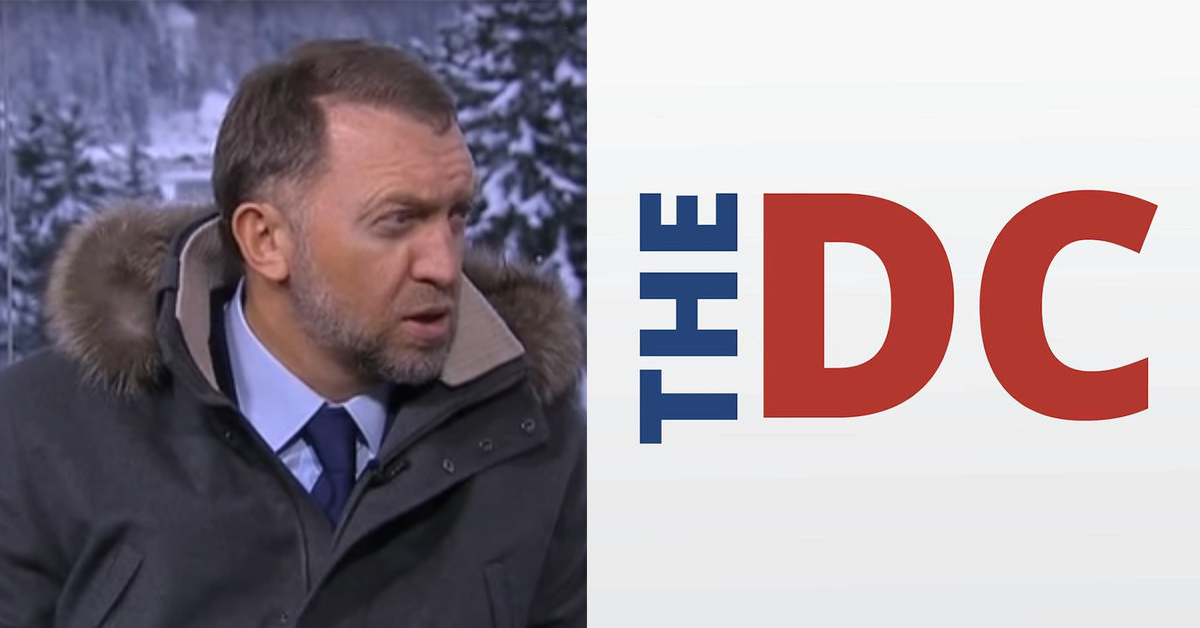 The incident points to a confluence of interests: Russians seeking to deflect from the scrutiny brought on by the Mueller investigation find a ready audience in American conservatives looking to excuse the shady and allegedly criminal behavior of Trump associates, helped along by right-wing media outlets.

In the op-ed -- headlined, “The Ever-Changing ‘Russia Narrative’ Is False Public Manipulation” -- Deripaska argued that the “ever-changing ‘Russia Narrative’ in American politics is today’s 'Wag the Dog' scenario,” referencing a film in which U.S politicians fabricate a war for political gain. Deripaska claimed to be “personally familiar” with the so-called “Deep State,” which he accused of “scurrilously attack[ing] me and others from the shadows for two decades” before moving on to its current goal, “reversing the U.S. presidential election results.”

The Daily Caller describes Deripaska at the bottom of his piece only as “the founder of UC Rusal, the world’s leading producer of aluminum using clean, renewable hydropower,” while his bio elsewhere on the site calls him the “Founder of UC Rusal, a large Russian aluminum company.” Critics quickly pointed out that Deripaska is far more than a mere mining mogul -- he is a key ally of Russian president Vladimir Putin and a central figure in Mueller’s investigation by virtue of his close relationship with former Trump campaign chair Paul Manafort, whom Mueller has charged with “a dizzying array of tax, financial, and bank fraud crimes.” Manafort has sizable financial ties to Deripaska and reportedly offered to provide him with private briefings on the election shortly before Trump became the Republican presidential nominee.

But as The Daily Caller drew criticism, the outlet received a boost from Matt Drudge, the right-wing internet journalist whose highly trafficked aggregation website is the top source of referral traffic to a host of right-wing and mainstream news websites. Drudge linked to the Deripaska op-ed with the title “DERIPASKA:  Russia Narrative is ‘Wag the Dog’ Scenario.” 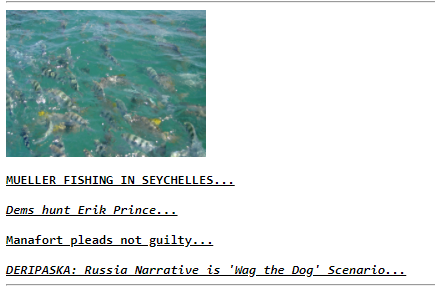 Drudge’s decision to boost the signal of an op-ed written by a close Kremlin ally is consistent with his emergence in recent years as a web traffic pipeline for Russian propaganda sites. He has directed his massive audience to 428 stories from Russian-government-run English-language news sites RT.com, SputnikNews.com and TASS.com since the beginning of 2012, according to a Media Matters review. During that period, the increasingly sophisticated Russian sites became part of the U.S. right-wing media ecosystem, with their stories regularly picked up by prominent far-right news sites. Drudge’s promotion peaked in 2016, when the Russian government and the American right wing had a shared interest in bolstering now-President Donald Trump’s campaign by damaging the credibility of Hillary Clinton. 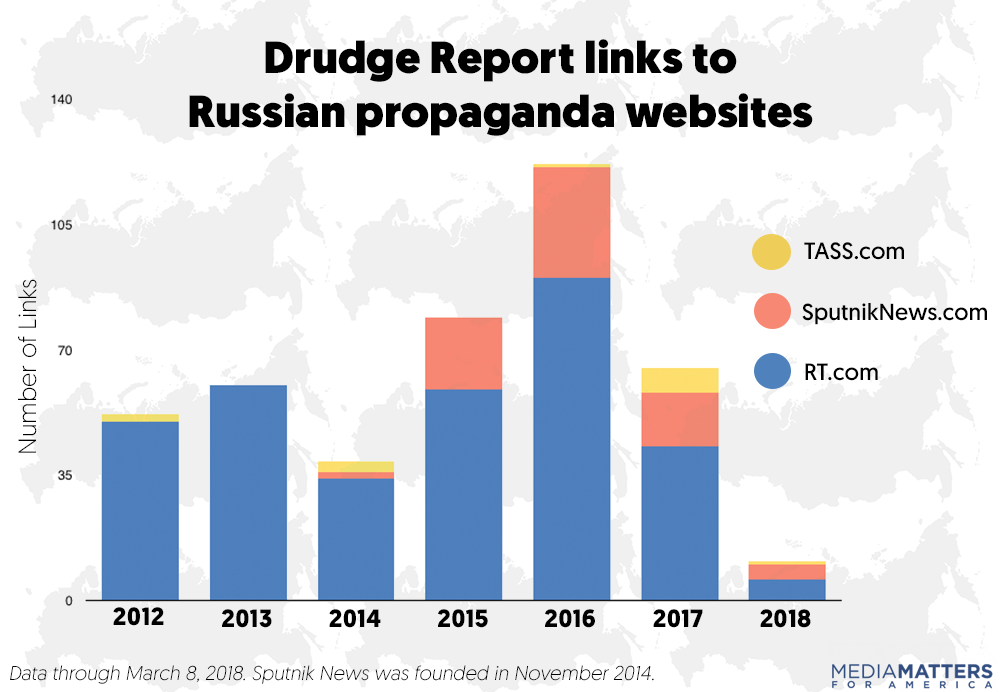 Drudge’s affinity for Putin and his propaganda outlets is undoubtedly a major asset for the Kremlin, providing a massive, ready-made audience of American conservatives for stories that might otherwise go unnoticed.