An unfounded conspiracy theory claiming that martial law will be declared in the United States is going viral on TikTok, even though it clearly violates the platform’s community guidelines on misinformation.

PolitiFact reported earlier this week that there is “no indication” that President Donald Trump is planning to declare martial law, or military control, “a concept that doesn't have a legal definition in the U.S.” Yet baseless martial law conspiracy theories are gaining traction on TikTok after the Capitol insurrection.

The following five videos make up a small fraction of the martial law conspiracy theory content circulating on TikTok, but they show that this misinformation is spreading at an alarming rate. These videos have nearly 1 million combined views in just days.

The first video under the “MartialLaw” hashtag shows a user claiming that the U.S. Capitol insurrection was “staged” to “create order out of chaos.” The user then explains that the United States has been in “a state of emergency since February 2020” and the president has the authority to declare martial law. “It just so happens that we keep having riots,” the video concludes, suggesting that martial law will be declared. The caption on the video reads, “If you’re sleep you miss the bus.” This TikTok has over 119,000 views as of publication. 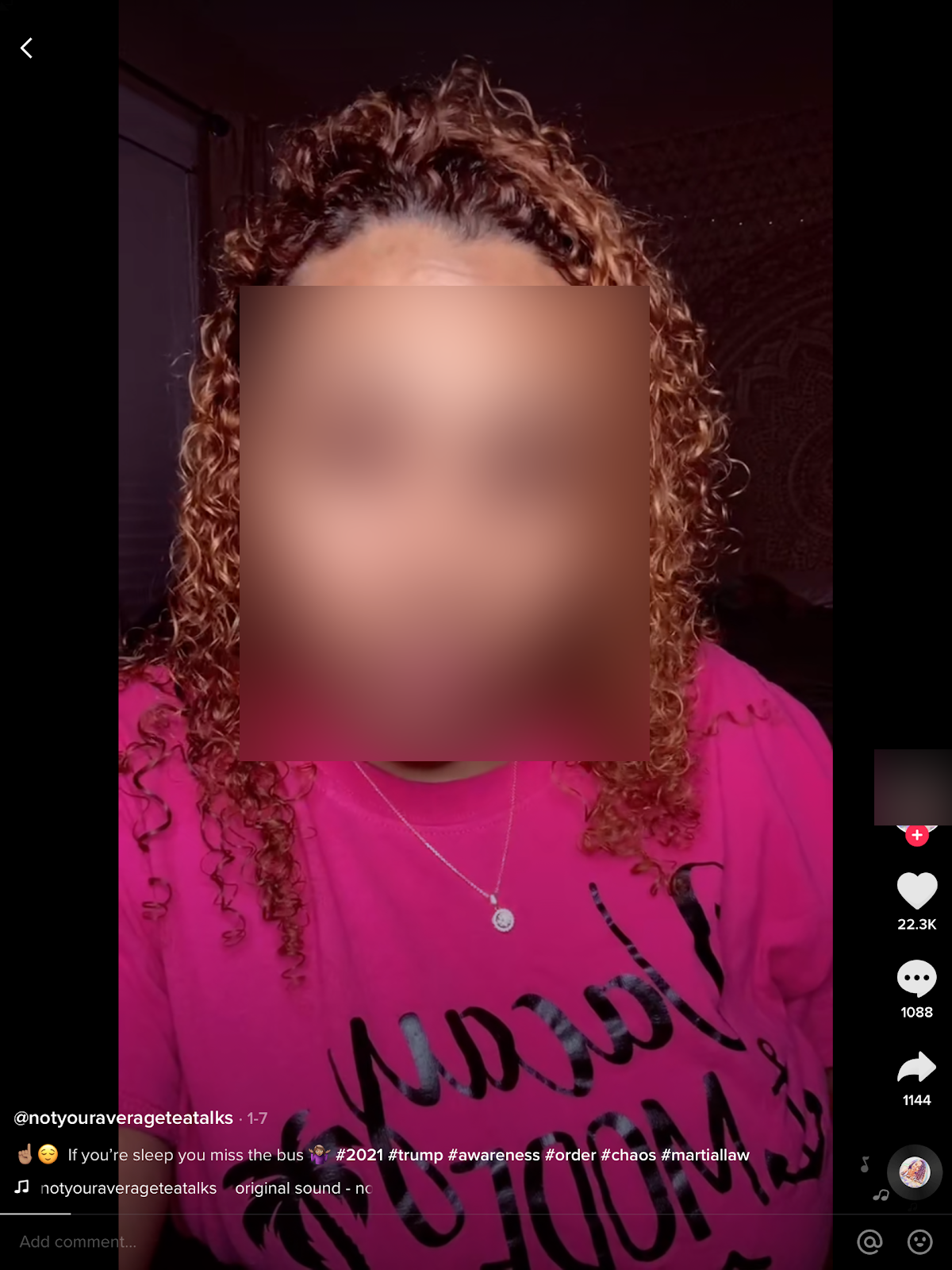 The second result under the tag is a video of military tanks being moved by train with text over the video that reads “Ready forrrrr what in LOUISIANA.” The video contains the “#army," "#martiallaw,” and “#planning” hashtags. This TikTok has over 104,000 views. Some users are encouraging others on the platform to prepare for martial law.

“Just want to jump on here real quick and urge you to start preparing. Prepare for something big,” says one user. “There’s a lot of talk of … martial law, the Insurrection Act -- I don’t know what’s going on, but there’s something big on the rise. National Guard has been moving out to DC quite a bit.” This TikTok has over 47,400 views. 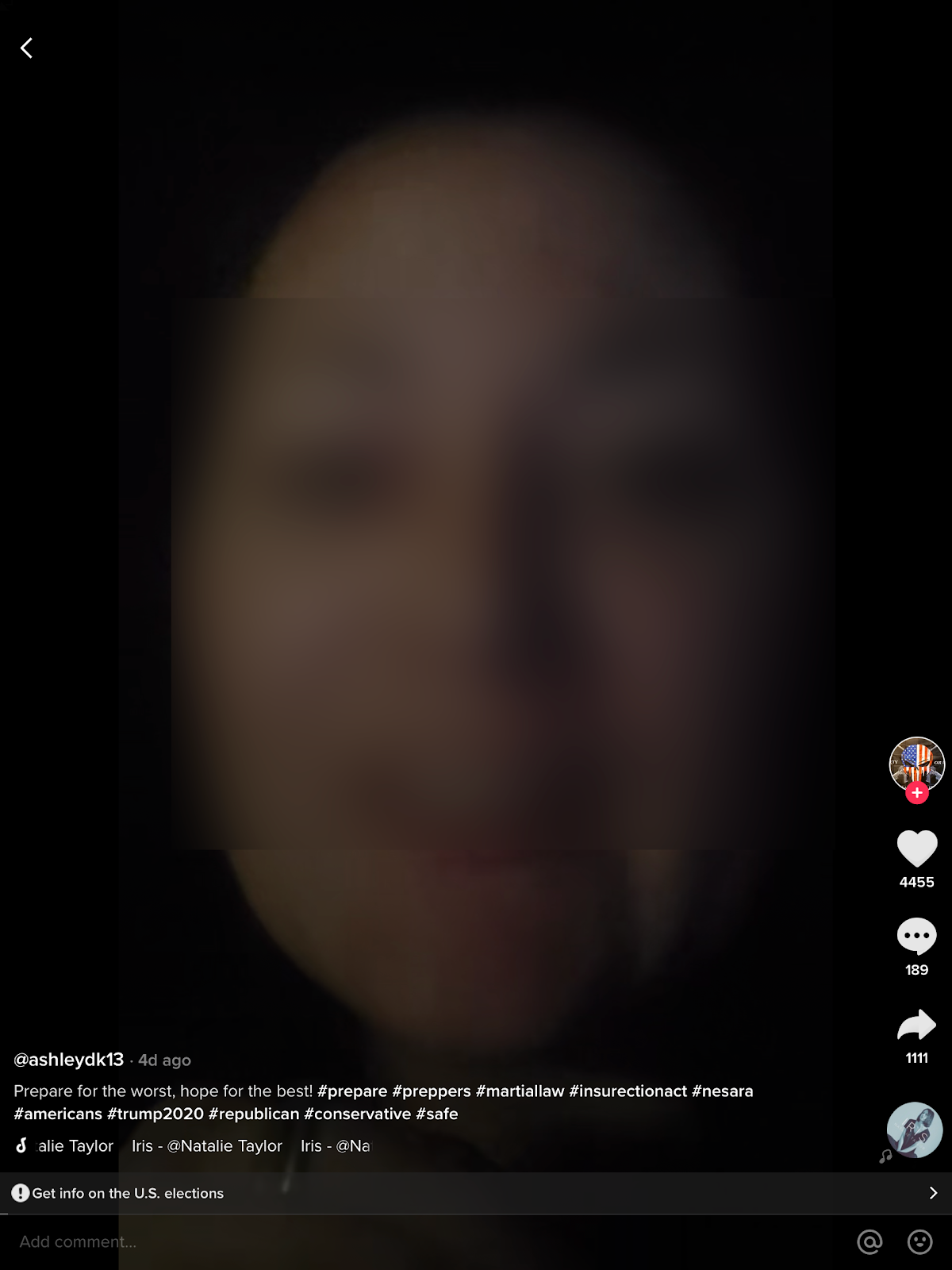 Another video imposes the text “Be prepared for Martial Law” over pictures of military members in Washington, D.C. The video is captioned “Martial Law could be placed in affect.” This video has over 48,000 views. 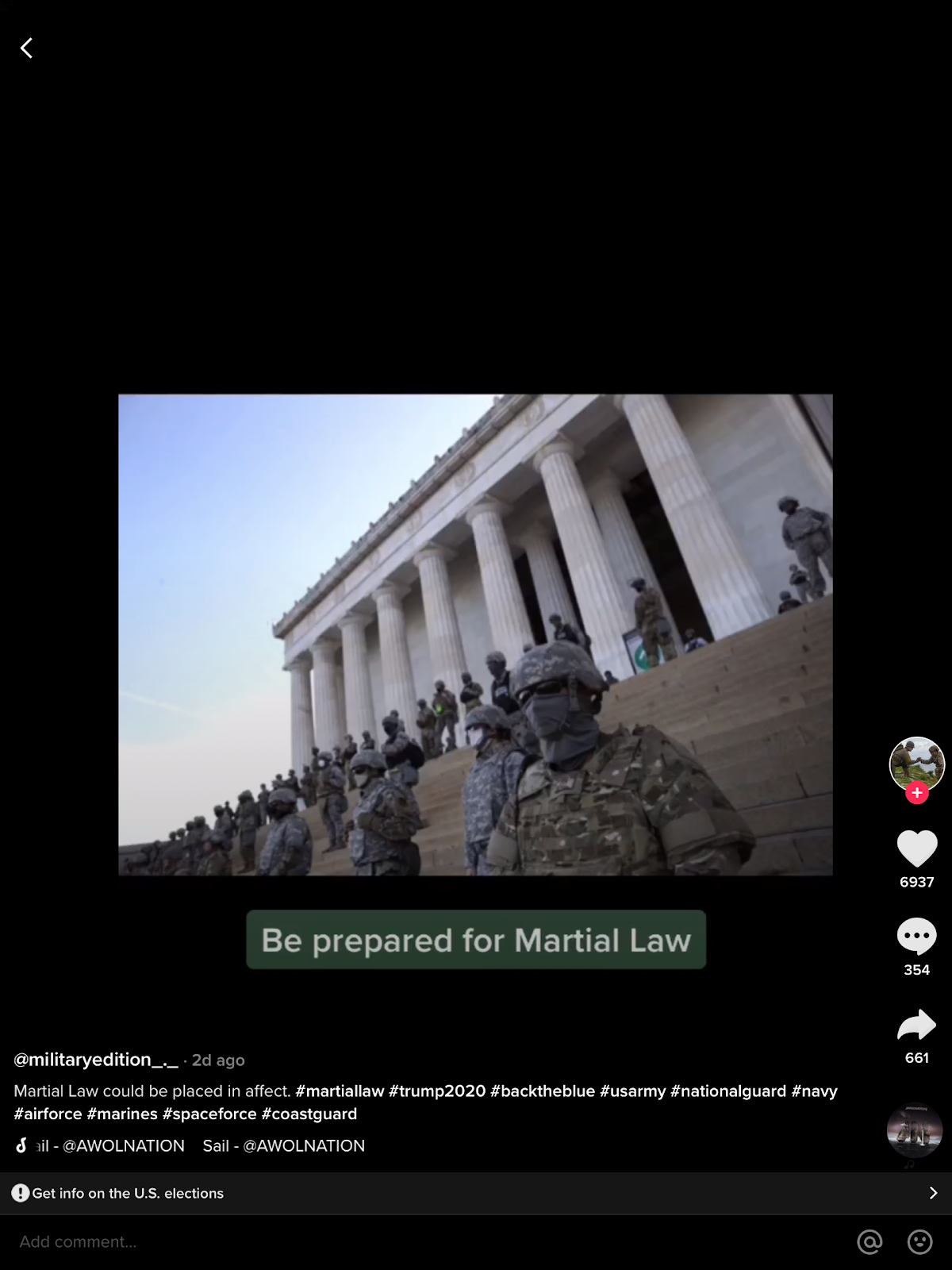 Another user encourages others to stock up on food and gasoline and prepare for “checkpoints along major highways” and “congested traffic conditions.” 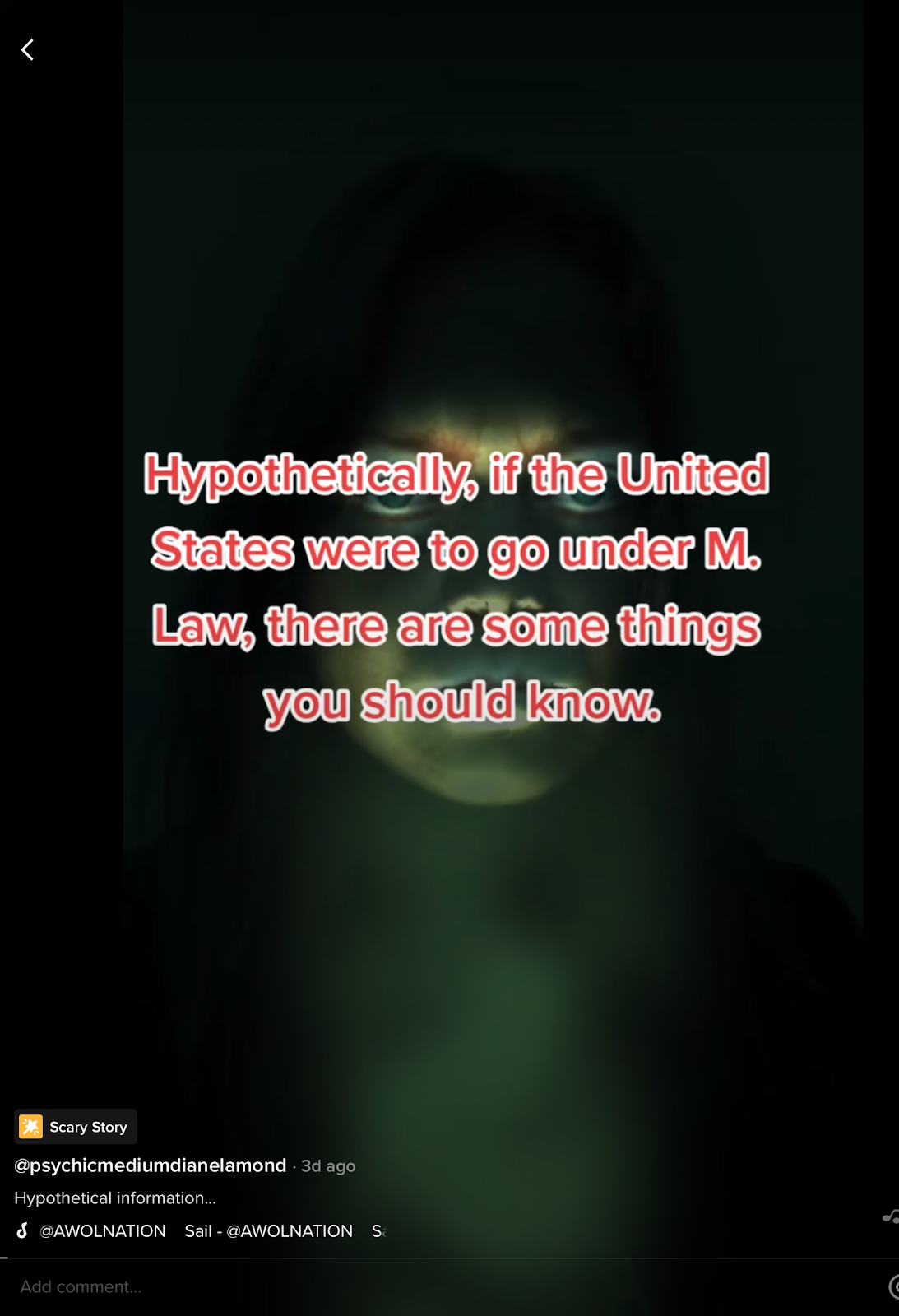