Despite TikTok’s clear policies against election misinformation and QAnon content, a new QAnon conspiracy theory about ballots is going viral on the platform.

Four viral TikTok videos pushing this unfounded election conspiracy theory have drawn over 237,400 views in just hours, and a number of smaller accounts are beginning to spread the same misinformation. This content explicitly violates both TikTok’s misinformation policy and QAnon policy.

The claim being peddled is that President Donald Trump (with the help of the Department of Homeland Security) has set up Democrats to be caught committing voter fraud by secretly watermarking all official ballots so that when Democrats allegedly produce fake ballots to “steal” the election, they won’t be counted. Users are framing this supposed move as a “military sting operation” and claiming Democrats will be arrested once the plan unfolds.

The conspiracy theory originated from a Q drop posted in February 2018 that said “watch the water.” “Q drops” are messages the central figure of the QAnon conspiracy theory, known as “Q,” posts on an internet message board for followers.

Watermarks do exist on some ballots, such as those in California, but there is no evidence that DHS has secretly watermarked ballots in order to entrap cheaters. Likewise, there is no evidence of widespread voter fraud being committed during the 2020 presidential election, despite claims from right-wing media and Trump and his allies. The federal government also does not create ballots; states and local governments do, with approval from the U.S. Postal Service for designs of those sent by mail.

The videos identified below are just a small sample of those promoting this conspiracy theory on TikTok.

“Did y’all hear what Trump did in June 2020? He installed a new postmaster. This created a watermark for approved ballots. So now he can check if any ballots are fraudulent. Make sure you do your research.” 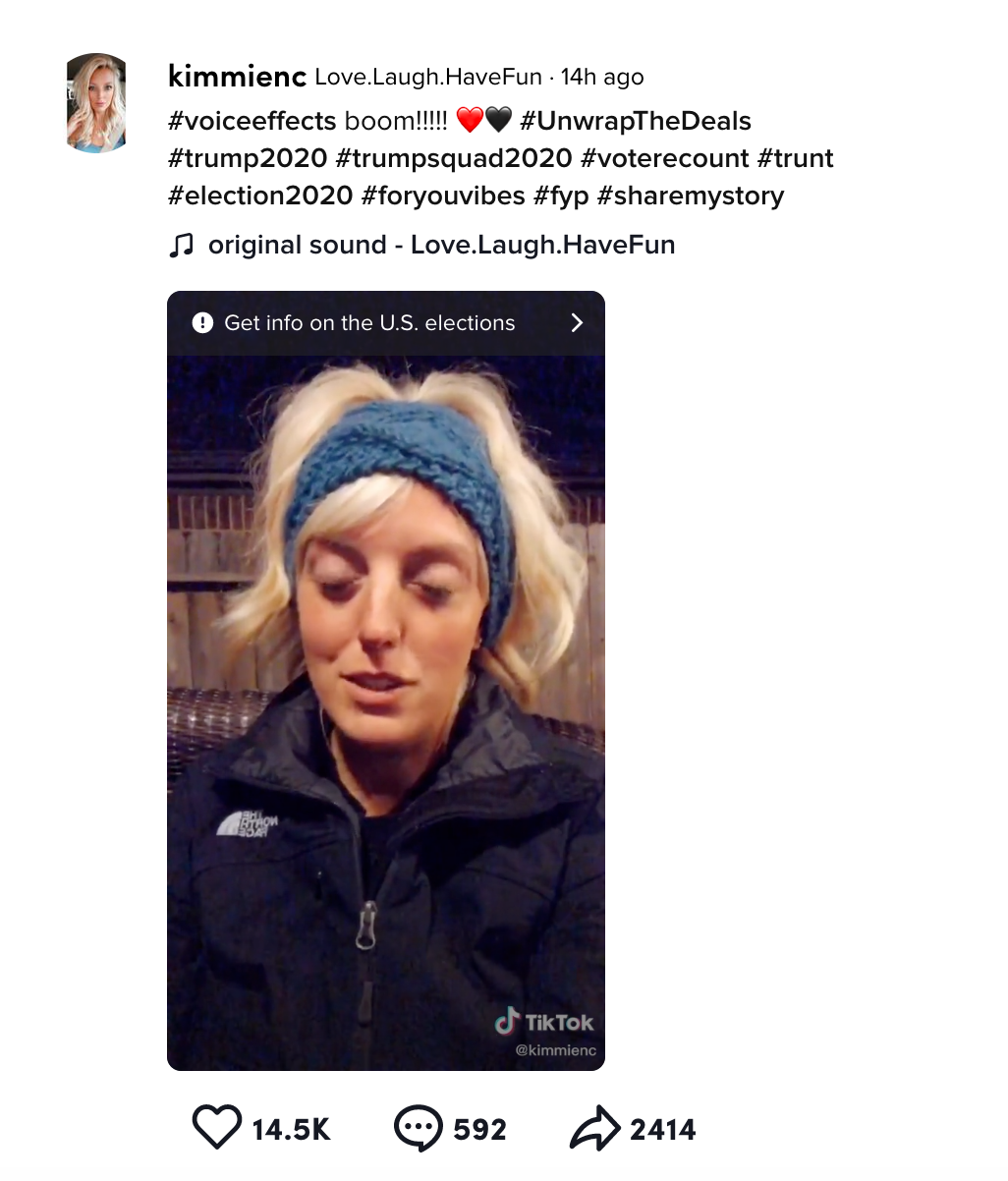 The user has had election misinformation removed before on TikTok, but her account remains active. “TikTok, I shouldn’t be surprised that you keep trying to silence the Republican Party. But really? This video did not need to be taken down.” She tagged this video “#votercount.” 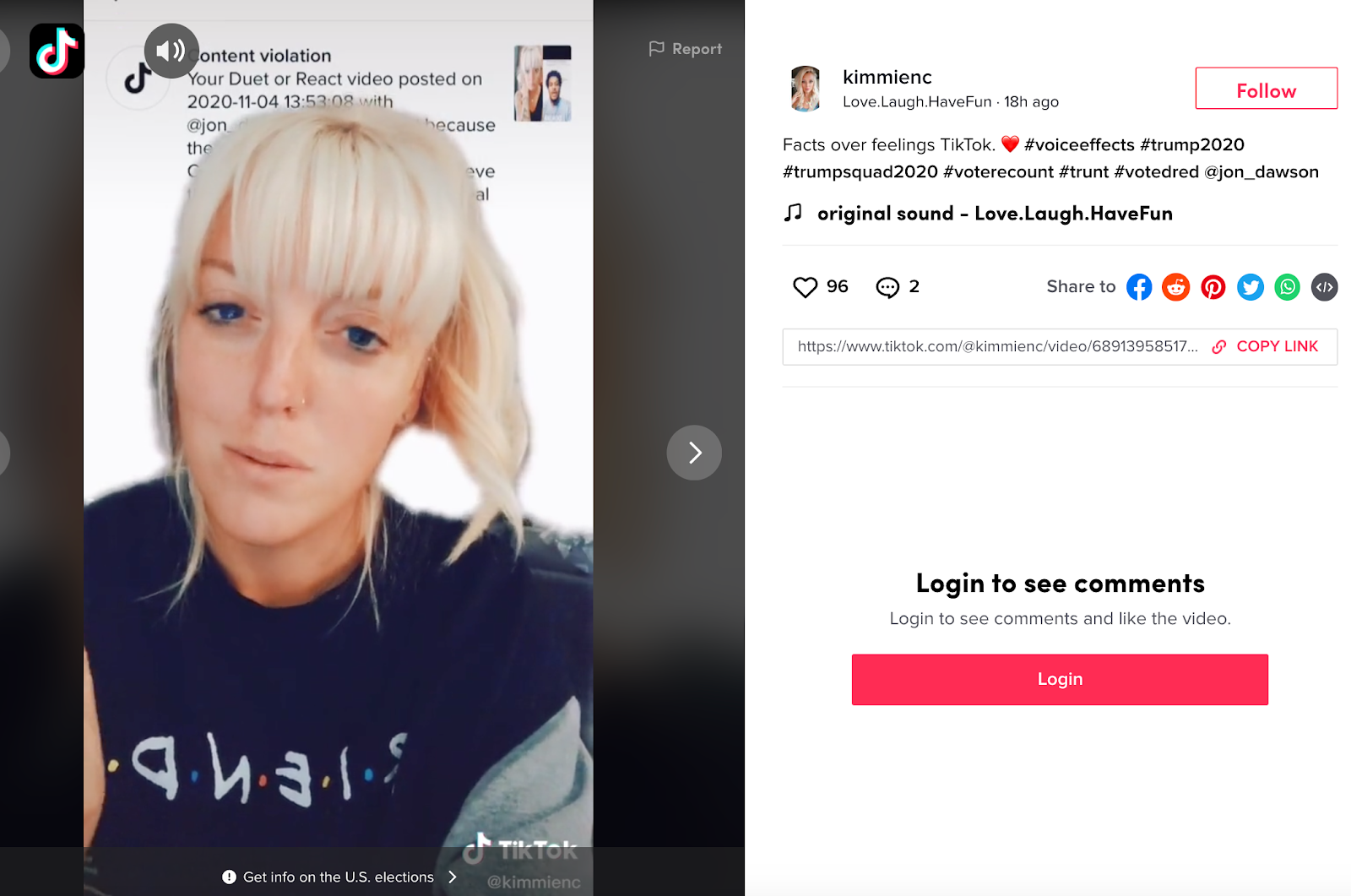 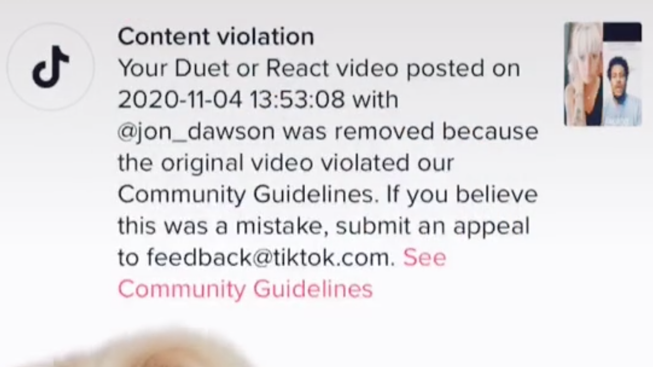 The user duetted -- essentially reposted or shared -- the original video for amplification purposes, adding no commentary but responding with facial expressions. 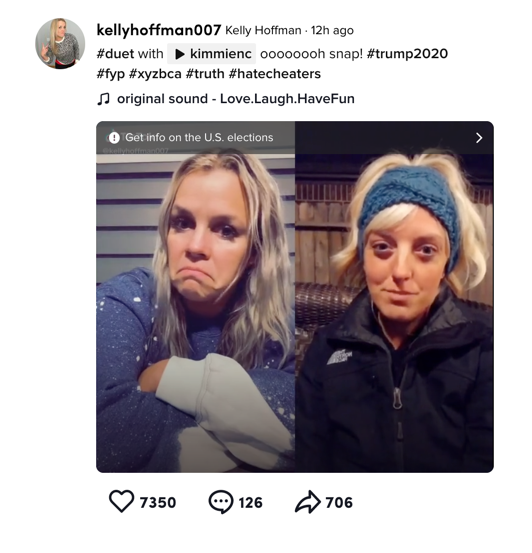 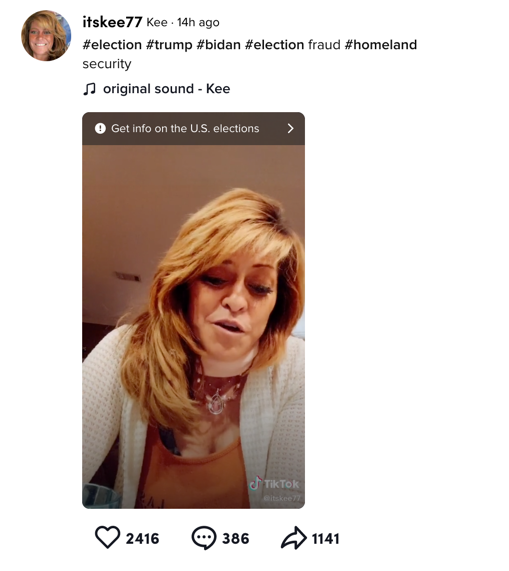 “This is really bad news if you’re a Democrat, but it’s great news if you’re a Republican. So the Department of Homeland Security actually controlled all the official ballots that were in production. The Democrats didn’t know this. It was planned all along. It’s actually a military sting operation that Trump has devised because he knew this was going to go on. So, basically what happened was that Homeland Security created an official ballot that had a watermark, an official watermark that Democrats didn’t know this. They created their fake ballots and they submitted them into our election. Well guess what? They’re not going to be counted.” 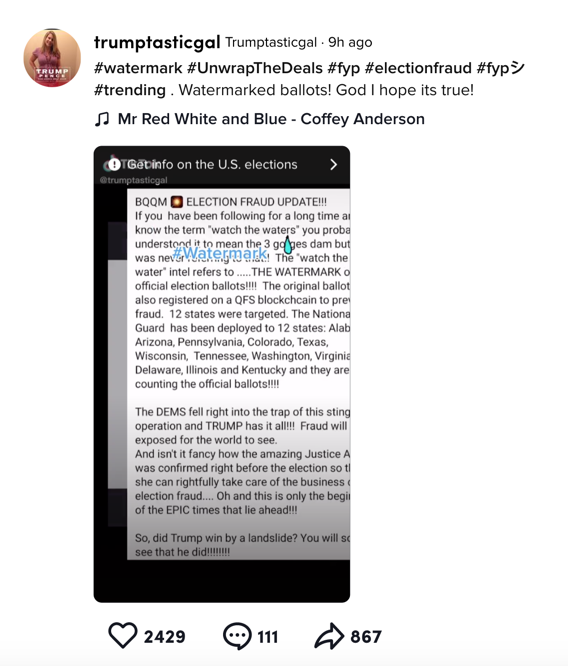 Smaller accounts are also beginning to amplify the conspiracy theory 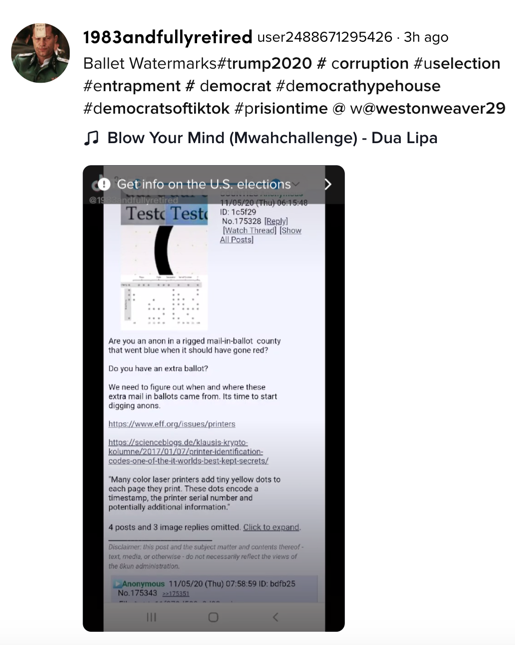 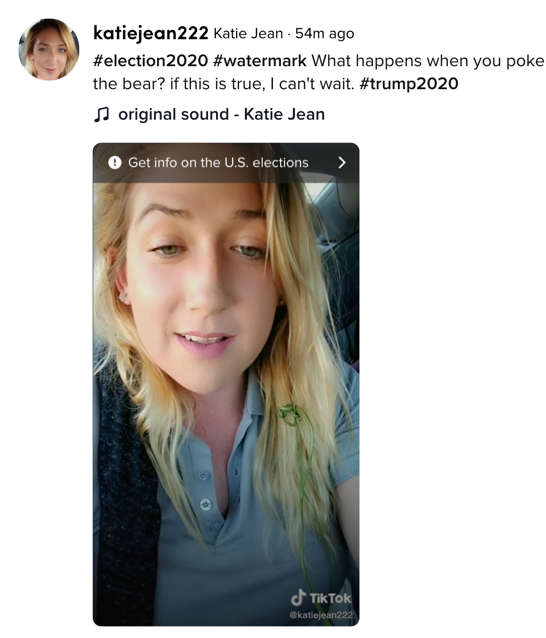 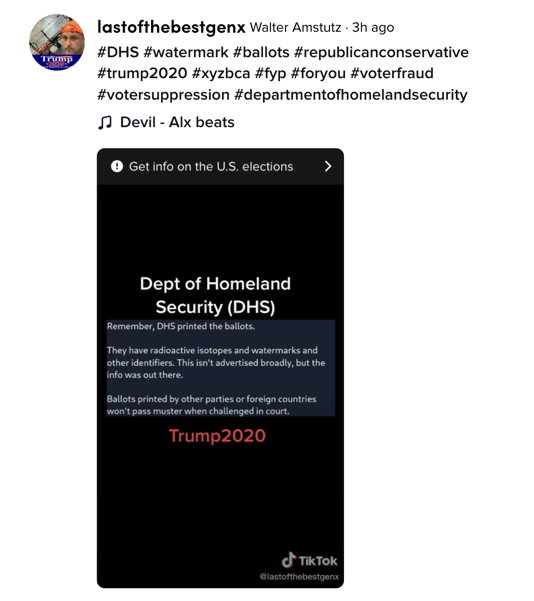 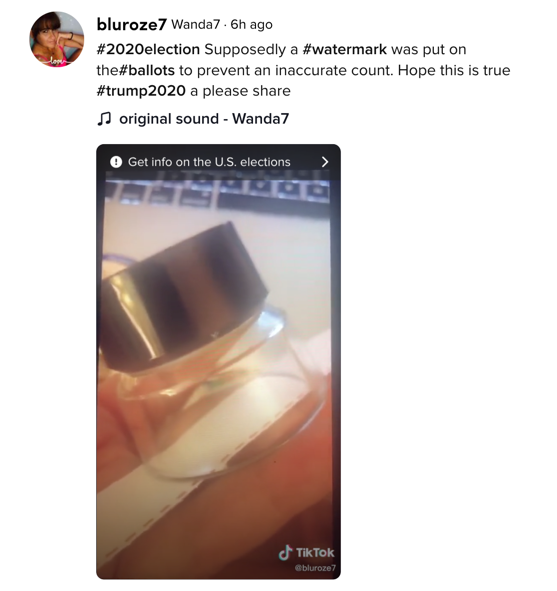