That’s the conclusion I’ve reached after watching all of Sinclair’s “Terrorism Alert Desk” segments from 2017 -- segments the company produces in its national offices and forces its local stations across the country to air almost every day.

Sinclair is now well-known for its history of abusing public trust to air right-wing spin on local news shows, and is currently awaiting federal approval to finalize a massive acquisition that will help it spread its conservative propaganda further across the country. It launched the Terrorism Alert Desk segments in November 2015. Last July, HBO’s John Oliver described them as “beneath the journalistic standards” of even Breitbart, noting that one segment that focused on a ban on burkinis in some French towns wasn’t even “about terrorism … just about Muslims” and mentioning a particularly shocking story that his research team could not verify.

The Terrorism Alert Desk’s updates, even in the absence of any real terrorism-related events, is scary for some, said Moni Chea, a 32-year-old Providence woman who works in a nursing clinic. Chea’s 85-year-old grandmother fled conflict in Cambodia and now lives in Portland, Maine, where Sinclair owns a local station.

“It’s very captivating. She hears the music and it sounds very important. I try to tell her it’s just an update about national security, but she worries,” said Chea. “She fled a war. For her, terrorism — that’s her biggest fear.”

Past media coverage and commentary about Sinclair’s tactics has repeatedly asserted that the Terrorism Alert Desk dangerously conflates Islam and terrorism or that it relies on illegitimate sources to incite fear and xenophobia in local viewers. These pieces have relied largely on just a few of the same examples -- but there are so many more.

Terrorism Alert Desk segments actively reinforce far-right, xenophobic narratives about terrorism by almost exclusively focusing on stories involving Islam in some way, baselessly suggesting ISIS connections to breaking-news incidents, and providing vague soundbites with little information that nonetheless suggest that a “foreign” (brown, Muslim) terrorist lurks around every corner. They also cheer on law enforcement activity indiscriminately, hyping arrests even when suspects were later released without charges and obsessing over preventative security measures like bulletproof walls around the Eiffel Tower. In the absence of anything of quasi-substance to report, the segments resort to generalized fearmongering about things like ISIS graffiti being found in a New York subway station or even isolated, scary incidents that the reporters admit aren’t believed to be terrorism-related at all.

After watching the more than 200 Terrorism Alert Desk segments that aired last year, I’m now sure these segments aren’t just the result of journalistic malpractice or sloppiness. They’re a tool strategically designed to make people feel constantly scared -- and tuned in for more information -- in violation of all common logic or evidence. By stoking fear of imminent, physical danger, Sinclair’s Terrorism Alert Desk is pulling a psychological trick on viewers. After all, fear and right-wing politics are closely linked; all Sinclair has to do is keep the cycle going. Here’s how it’s done.

Fixating on terror attacks in Europe perpetrated by immigrants or refugees (or people they can imply are somehow “foreign,” e.g. brown) 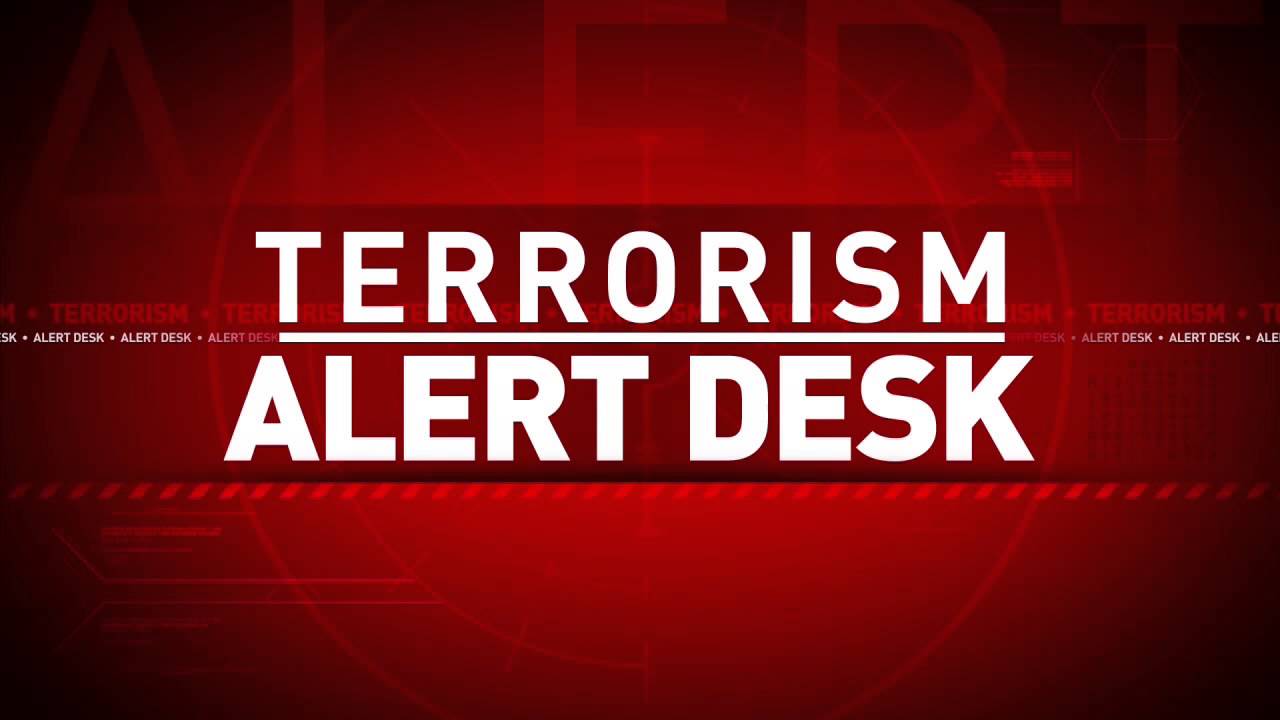 A typical story shared by the Terrorism Alert Desk -- without any context -- goes something like this:

LINDSEY MASTIS (ANCHOR): Two men suspected of fighting for an Al-Qaeda-linked group in Syria were arrested in the Netherlands today. The men traveled to the Netherlands as refugees in 2015.

In the above instance, that’s all the information viewers were offered about the case. The two sentences about the arrest do not include the name of the terror group or explain how the men were apprehended, nor do they offer what evidence law enforcement may or may not have for arresting them or provide any other details about the case. This small snapshot does, however, contain all the buzzwords necessary to stoke fear that refugees and immigrants continually commit terror attacks in European countries that welcome them -- a common xenophobic trope in far-right circles. (One Terrorism Alert Desk anchor, reporter Jonathan Elias, has also authored some online articles for Sinclair that rely on these far-right talking points about refugees perpetrating violence in Europe.)

Here are some additional examples, all of which include the full text of the coverage on that topic. Each manages to invoke a vague image of men born in “foreign” (Middle Eastern, predominantly Muslim) countries planning to attack a European country. The reports seem to rely solely on vague information about police arrests and suspicions with little evidence -- meaning they could just as easily have been made in response to credible and imminent threats of violence as because of racial profiling by law enforcement:

And one more: In a February 2017 segment, the anchor described a think tank’s report about ISIS’ attempted recruitment of “refugees in various humanitarian camps” by offering money and “free passage to Europe.” How successful are these tactics? Is there any need for genuine concern? Viewers have no idea; four sentences are all they get:

Imagine viewers across the U.S. listening to vague reports like these -- framed as important “alert[s]” -- on a nightly basis, right between high school sports and local commercials. What are they supposed to think? 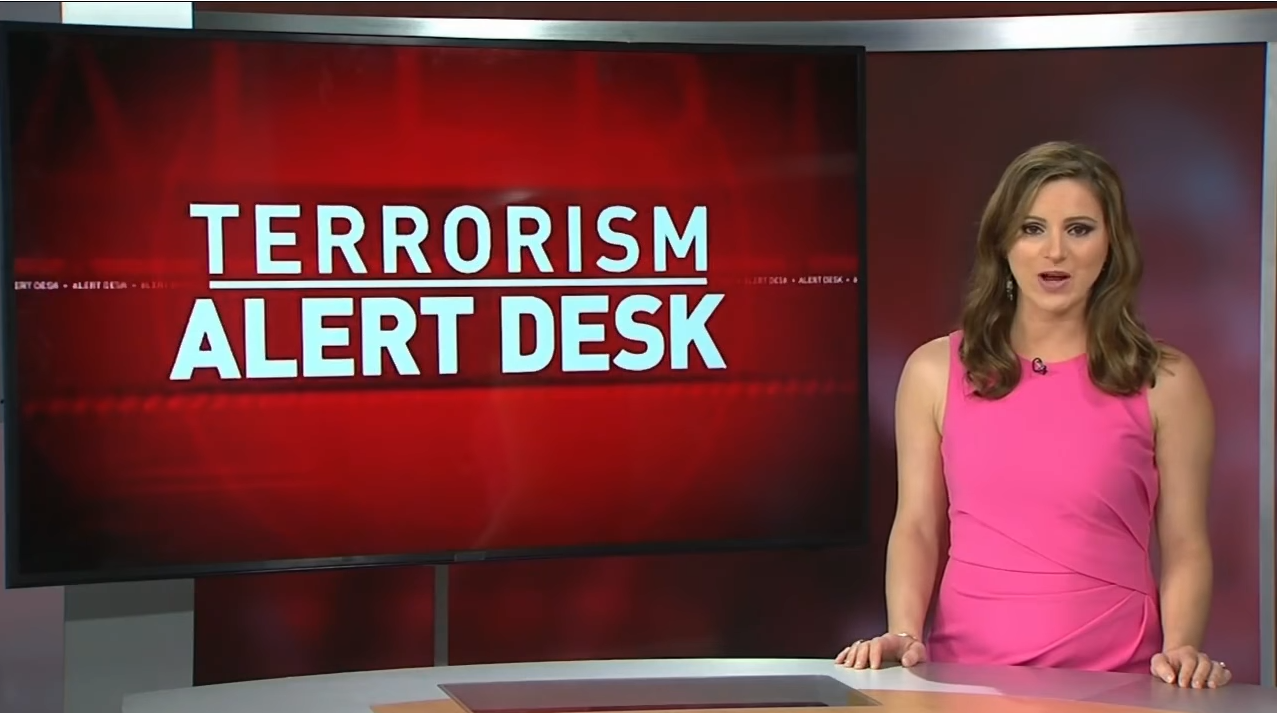 Terrorism Alert Desk segments also frequently reported on violent incidents as though they were confirmed as having been perpetrated by ISIS members. Sinclair is seemingly unaware that the terror group tends to claim responsibility for attacks it did not directly plan or materially support. Segments often included a line about ISIS claiming responsibility but failed to provide any further context about what that means (or doesn’t mean). Others implied ISIS connections in vague terms or misled viewers by grouping confirmed ISIS-perpetrated attacks with other violent incidents with shakier or no confirmed ISIS connections.

Here are just a few reports from the “OK, so why report this at all” hall of fame:

Breathlessly recapping police arrests where suspects were released without charge

Some Terrorism Alert Desk segments include updates on random arrests of individuals suspected to be engaging in some sort of terrorism-related activity -- whether the arrests mean anything significant or not. A few examples:

The Terrorism Alert Desk is also preoccupied by preventive security measures that American and various European governments have taken. Together they paint a portrait for viewers of a world bracing itself for an impending terrorism apocalypse. In 2017, the desk featured (sometimes multiple) stories about: 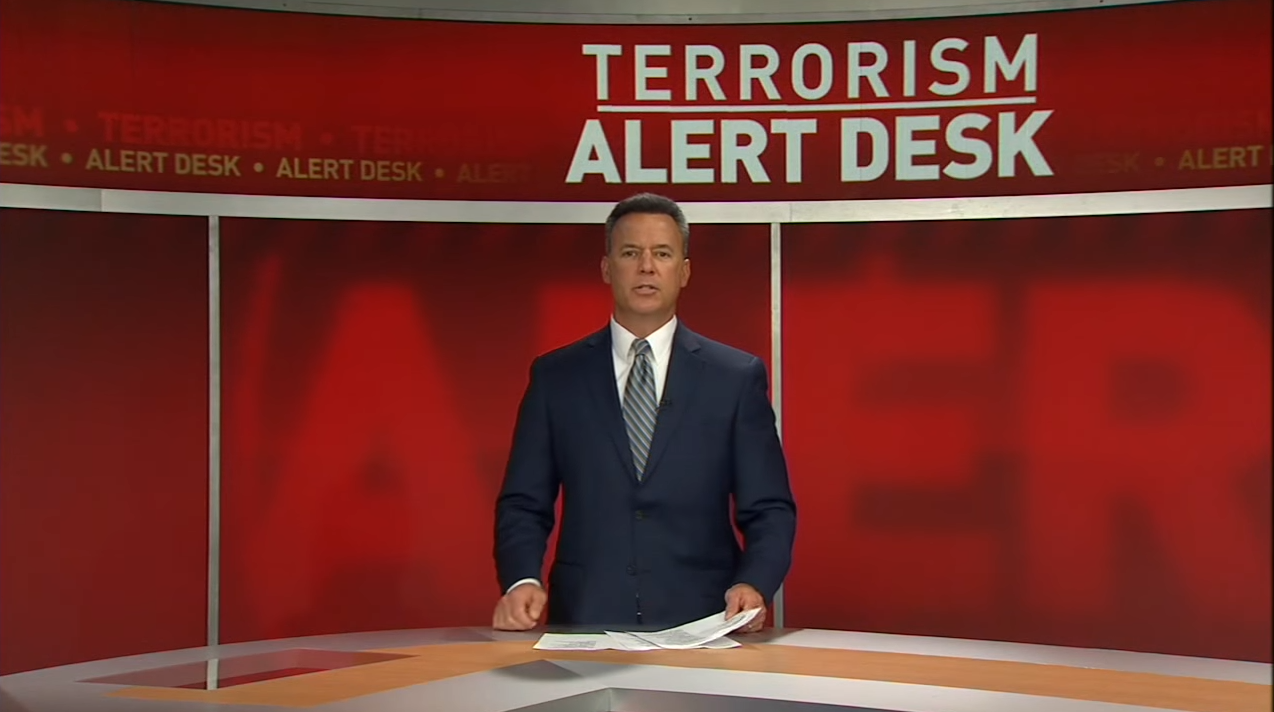 Terrorism Alert Desk segments in 2017 were overwhelmingly focused on terror attacks linked (credibly or not) to ISIS, Al-Qaeda, Taliban, and Boko Haram -- four terror groups that all espouse violent, extremist views purportedly as a form of Islam. Sinclair’s online “tracking terror” feature similarly focuses heavily on incidents associated with these groups.(It also includes a handful of attacks associated with other groups like Ansar al-Sharia, the Al-Qaeda-affiliated group Al-Shabaab, Hamas, and the Kurdistan Freedom Hawks, as well as some incidents with no specific terror group affiliations.)

Meanwhile, the Terrorism Alert Desk systematically ignored instances of violent white nationalism and far-right extremist incidents in 2017. I found just one example of the Terrorism Alert Desk addressing a violent white nationalist group throughout the entire year: a segment discussing the arrest of four members of the British army for being members of the neo-Nazi group National Action.

Sometimes, the Terrorism Alert Desk fills up time with stories like these:

And, of course, repetition

A new Terrorism Alert Desk segment aired on average once every other day in 2017. A Media Matters search of the media database iQ media found 202 unique segments that ran on at least one of two select Sinclair stations during the year. On at least one of those stations -- Sinclair’s flagship WBFF in Baltimore -- segments sometimes aired multiple times.

In 2017, anyone who watched the Sinclair newscast every evening during the slot in which Terrorism Alert Desk airs would have consumed a total of more than three hours of alarmist bullshit. The segments even begin with newsy music and a bright red screen with the words “Terrorism Alert Desk” splashed across it in capital letters. The title “Terrorism Alert Desk” itself is also mentioned multiple times in each one-minute segment.

A single shoddy bit of reporting may not chip away at the public’s understanding of facts and truth -- but a year of these segments creates an entire avalanche of misinformation meant to induce panic. The collective psychological result is undoubtedly truly damaging.

Using the iQ media news database, Media Matters conducted a search for all mentions of the phrases “terrorism alert desk” and “terror alert desk” on two Sinclair stations. In order to be as comprehensive as possible in collecting segments, we selected the stations WBFF in Baltimore (the company’s flagship local TV news station near its national headquarters) and KTVL in Medford, OR, (which was randomly chosen from a list of all Sinclair news stations). The search covered January 1, 2017, through December 31, 2017. Media Matters then collected each unique segment in a database for further analysis.