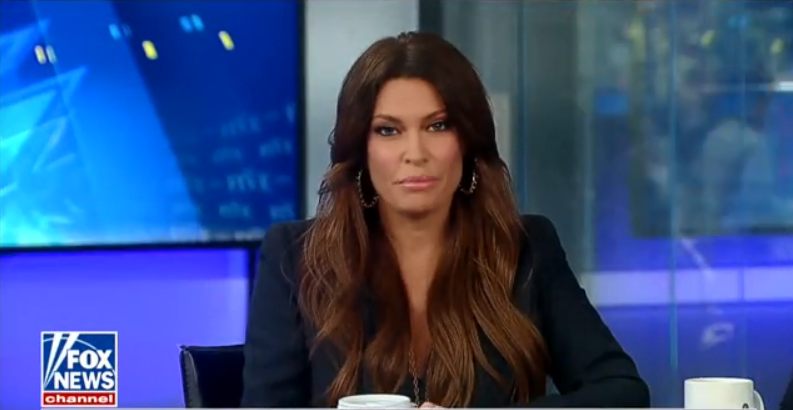 According to a HuffPost report, Kimberly Guilfoyle, formerly a co-host of Fox News’ The Five, “parted ways” with the network after “a human resources investigation into allegations of inappropriate behavior including sexual misconduct.”

According to multiple sources inside and outside Fox News, Guilfoyle, who is dating Donald Trump Jr., showed “personal photographs of male genitalia to colleagues (and identif[ied] whose genitals they were),” regularly discussed “sexual matters at work,” and engaged in “emotionally abusive behavior toward hair and makeup artists and support staff.”

Guilfoyle follows a long list of other high-profile Fox figures who have been reported for sexual misconduct at the network. Eric Bolling, also a former co-host of The Five, was fired in September following reports that he sent his co-workers unsolicited photographs of his genitalia. Fox kept contributor Charles Payne on the payroll after completing an investigation into a co-worker's report that he raped her. Steve Doocy, a Fox & Friends co-host, also remains at the network despite being named for harassment in his former co-host Gretchen Carlson’s landmark suit against the network.

And, of course, the network was forced to fire former CEO Roger Ailes, former co-President Bill Shine (who is currently the White House deputy chief of staff for communications), and former host Bill O’Reilly after reporting brought to light decades of workplace sexual abuse, cover-ups, and tens of millions of dollars Fox had paid to keep the victims silent.

As reported by HuffPost:

Multiple sources told HuffPost that [Kimberly] Guilfoyle’s exit from Fox News, where she had worked since 2006, came after her alleged inappropriate workplace behavior could no longer be tolerated by the network. Vanity Fair, which broke the story about Guilfoyle leaving the network, and The Daily Beast, which reported that Fox News staff allegedly waged a “hostile whisper campaign” against Guilfoyle, have said she crossed the line by using network makeup artists for personal outings, but the accusations Guilfoyle faced were much more serious.

Six sources said Guilfoyle’s behavior included showing personal photographs of male genitalia to colleagues (and identifying whose genitals they were), regularly discussing sexual matters at work and engaging in emotionally abusive behavior toward hair and makeup artists and support staff.

Sources said 21st Century Fox prefers that problematic employees retire or resign rather than be terminated ― the company has taken this approach with Fox News talent and executives in the past, as well as with Guilfoyle, who was not formally terminated. This method gives talent and executives a quieter way to exit and the network avoids a contentious departure. According to two sources, the network told Guilfoyle she was being given time to find a new job that she could announce before leaving.