“This is America!” With that call to jingoism, Fox News legal correspondent Shannon Bream gave voice to a disconcerting push to grant private businesses the right to discriminate.

Bream's moment of candor came after her guest, Bernie Goldberg, cogently explained that business owners operating on Main Street don't get to pick and choose whom they serve and whom they refuse to serve. Bream jumped in:

Why not? Why not? I mean, this is America. We all have freedoms. I mean, why would you want to do business with somebody, no matter what your personal issue was that they had with you, why would you want to force them to do business with you? Why not just go down the street and say, “I'm going to spend my money to somebody who supports me and is kind to me and wants to help me and provide these services for me.”

“Corporations are people, my friend,” Mitt Romney quipped on the campaign trail in 2012. Increasingly, loud voices on the right are agitating to make sure that corporations and private businesses are seen as religious people who can always discriminate against employees and customers based on their religious beliefs.

Sometime in the next four months, the Supreme Court is expected to issue a ruling determining in part whether corporations can deny their employees benefits based on religious liberty protections.

At issue is a provision in the Affordable Care Act requiring for-profit businesses that offer health insurance to include coverage for contraceptive care. Religious groups, rallying behind the owners of the Hobby Lobby chain of craft stores, challenged that provision, arguing that it violated the right of Christian business owners to practice their religion.

In part this is the logical outcome of the push on the right to be more permissive of discrimination in the private sector, which Bream eloquently laid out by shouting “America” and “freedom.”

In 2010, Rand Paul came under fire for saying that he objected to laws that prohibited businesses from discriminating. “I think it's bad business to exclude anybody from your restaurant,” he said, “but, at the same time, I do believe in private ownership.” Paul expressed general support for the Civil Rights Act of 1964, but lamented the fact that it extended to private businesses, a core piece of the legislation. The market, Paul argued, would take care of businesses that chose to discriminate.

While Paul was excoriated for his remarks, they were embraced on the right. Fox Business host John Stossel bragged that he would “go further” than Paul, calling for a partial repeal of the Civil Rights Act and give businesses the right to discriminate:

Because private businesses ought to get to discriminate. And I won't ever go to a place that's racist, and I will tell everybody else not to and I'll speak against them. But it should be their right to be racist.

That hypothesis, that private businesses should have the right to discriminate and be punished by the marketplace, has played out in recent days in the debate over an anti-gay bill in Arizona that would have made it easier for businesses to discriminate against gay customers.

That fight came after months of Fox News pushing anecdotes about Christian business owners under siege by laws the kept them from forcing their religious views onto employees and customers. 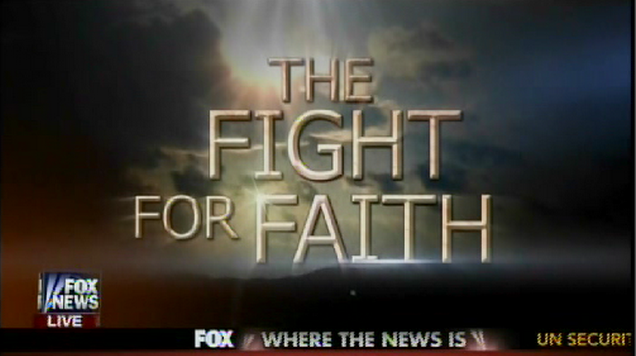 After Arizona Gov. Jan Brewer vetoed the anti-gay bill, the right jumped at the opportunity to portray Christian business owners as victims who were being denied the right to discriminate.

“Jan Brewer, the governor of Arizona, vetoed religious freedom,” Rush Limbaugh opined on his radio show. “And, naturally, Democrats and their media allies are cheering. Even some Republicans are praising Arizona. Meanwhile, our founding fathers more than likely are spinning in their graves at about 400 rpm.”

It's a point Rand Paul and John Stossel were making in 2010. It's a point that opponents of the Civil Rights Act have been making for 50 years. And it's a chilling reality that it's once again a prominent aspect of public debate.