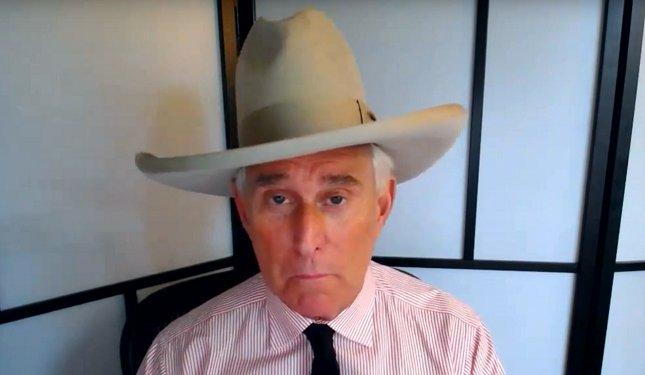 Right-wing media figures who are attacking Judge Amy Berman Jackson, who recently sentenced Trump confidant and friend Roger Stone to prison, either don’t understand the basic mechanisms of the federal legal system or don’t want their viewers to.

On February 20, Jackson sentenced Stone to 40 months in prison after a jury convicted him of seven charges stemming from special counsel Robert Mueller’s probe, including lying to Congress, obstructing an official proceeding, and witness tampering. Jackson, however, put a decision on hold about when Stone would report to prison while she considers a motion from Stone’s legal team for a new trial based on a claim that the jury foreperson was biased against Stone.

A hearing was held on that topic on February 25 and Jackson has yet to rule, though according to Politico she “appears headed toward dismissing the defendant’s motion for a new trial” after Stone’s legal team failed to make a convincing argument. In any case, Trump has signaled that he is receptive to calls from Stone’s right-wing media defenders to issue a pardon that would eliminate Stone’s prison sentence. According to Seth Cousins, who served on the jury, the foreperson actually “expressed skepticism at some of the government’s claims and was one of the last people to vote to convict on the charge that took most of our deliberation time.” Cousins also wrote that the foreperson “oversaw a rigorous process, slowing us down on several occasions and advocating for the rights of the defendant.” Still, Stone’s allies and Trump himself have waged a public campaign against the foreperson, including during yesterday’s hearing.

In addition to attacks on the foreperson, Stone defenders are launching attacks on Jackson herself, including baselessly calling into question her impartiality and even spreading falsehoods about how Jackson would conduct the post-conviction retrial hearing.

During his February 25 radio broadcast, Fox News host Sean Hannity said, “You had a political activist judge running the show, the same judge in the [Paul] Manafort case,” before asking, “How is it these judges, lifetime appointments, they get away with murder?” Similarly, Fox News host Tucker Carlson scandalized the fact that Jackson “was appointed by Barack Obama” in order to call her “an openly partisan Democrat.” He also said that she is “a disgrace to the judiciary” and is “corrupt, dishonest and authoritarian.”

It is a basic fact of our political system that federal judges are nominated by presidents who are members of political parties and these judges serve lifetime appointments “during good behavior.” And it’s a basic fact of life that some criminal defendants will be charged with federal crimes that arise out of political matters, which is what happened in Stone’s case. There is a simple reason that Jackson is presiding over both the Stone and former Trump campaign manager Paul Manafort cases. She was randomly assigned the Manafort case and it is the standard practice of the federal judiciary system to then give judges any other cases that may have overlapping evidence.

Prior to being assigned a number of cases stemming from the Mueller investigation, Jackson sentenced a high-profile political figure to prison -- a Democrat -- and arguably showed less leniency than she did in Stone’s case.

In 2013, Jackson sentenced former member of Congress Jesse Jackson Jr. (D-IL) to 30 months in prison and fined him $750,000 after a jury convicted him of illegally using campaign funds. Prosecutors had recommended Jackson Jr. spend four years in prison, meaning Jackson sentenced him to 63% of the time prosecutors requested. While senior officials of the Justice Department interfered in the sentencing recommendation against Stone, when the sentencing hearing took place, newly assigned prosecutors to the case ended up defending the initial recommendation of seven to nine years. Jackson sentenced Stone to 40 months in prison, or 37-47% of what prosecutors asked for. Stone was fined $20,000.

False information about how Jackson would conduct the hearing for a new trial was also broadcast on Fox News by its chief legal analyst Andrew Napolitano. During a February 25 appearance hours before the hearing, Napolitano joined Fox & Friends and characterized the hearing as “secret” while claiming Jackson “won’t give a reason why” and saying, “You combine secrecy and silence and that is a recipe for totalitarianism.”

The publicly available docket for Stone’s trial shows that wasn’t the case:

As the docket text explains, a public hearing and a sealed hearing was scheduled for February 25. After the public hearing, where members of the public could sit in the courtroom, Jackson cleared the room, but said that audio of the hearing would be available in a listening room. The purpose of this move was solely to protect the publishing of the names and physical characteristics of members of the jury, who had been gathered at the courthouse for potential questioning. The public was still free to listen to and evaluate the substance of the hearing. The transcript of the hearing will also not be sealed and will only be redacted in instances of personal information. (In any case, the jury foreperson, who was questioned, had previously publicly identified herself in a social media post, and the media subsequently reported her identity.) Jackson also offered a rationale for her decision, contrary to what Napolitano claimed was happening.

As reported by CNN, “Jackson read one of the President's past tweets attacking the Stone jury forewoman, as well as commentary from InfoWars' Alex Jones and Tucker Carlson from Fox News, to a federal courtroom, in deciding to hear testimony from jurors while protecting their identities after Stone asked for a retrial.” Indeed during the trial, Jones’ far-right conspiracy theory Infowars outlet, where Stone previously worked as a show host, led a campaign to out juror identities while making disparaging remarks about them. During the trial, Jackson said that those efforts put peoples’ safety at risk.

The attacks from conservative media against Jackson are intertwined with Trump’s own attacks against the judge. While the hearing was underway, Trump shared on Twitter a Fox News article about Jackson that Napolitano had tweeted, adding, “A total miscarriage of justice!”

The article in question was published on February 22 and in it Trump-supporting lawyer David Schoen argued that Jackson should be removed from the case because at sentencing she offered generic praise of the jury’s work -- the same legal argument that Stone’s lawyers used in a filing that Jackson would dismiss days later in a “sharply worded order” that “dressed down Stone's defense team for using the court's docket to air what she said were meritless claims that she is biased against him.”