QAnon podcasts supportive of the January 6 insurrection at the Capitol are flourishing on Apple and Google podcast platforms, even though a Media Matters report back in October highlighted their presence and QAnon’s connection to violence.

Apple and Google ignored Media Matters’ previous report about the presence of supporters of QAnon, an unfounded and dangerous conspiracy theory, on their platforms and the movement’s connection to violence. Now, months later, many of those same podcasts have shown blatant support for the Capitol insurrection -- which resulted in five deaths, the spread of COVID-19 to at least three members of Congress, and other destruction -- and have applauded the efforts of the rioters.

It is fair to say that Apple and Google have done little (to nothing) to combat the spread of QAnon content on their podcast platforms. The search term “WWG1WGA,” (a QAnon slogan meaning “Where We Go One, We Go All”), is not blocked on either platform and returns with QAnon propaganda. 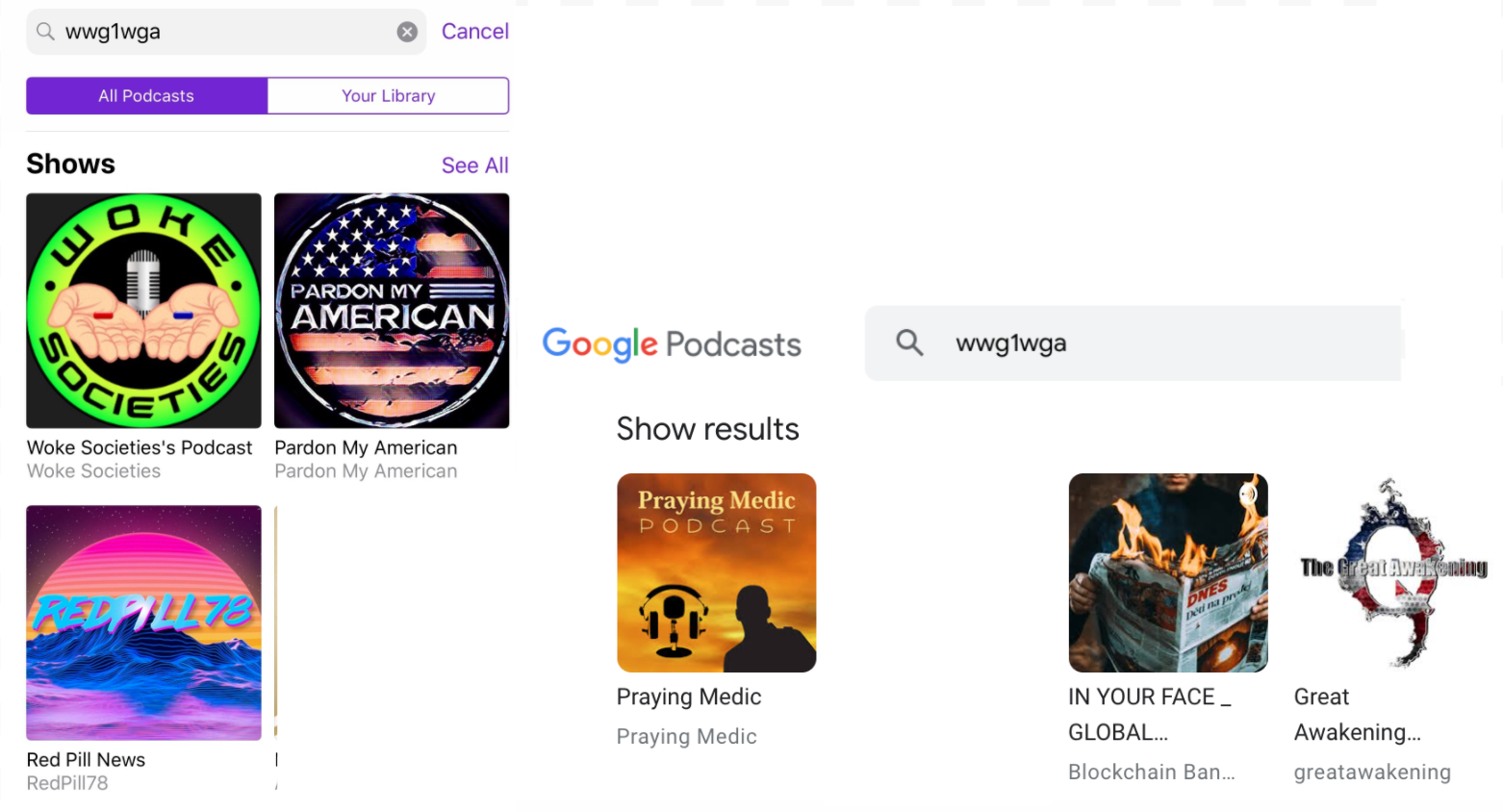 Even though major streaming platforms have banned QAnon content and QAnon followers had likely involvement in the storming of the Capitol, the community remains active on Apple and Google podcast platforms, continuing to encourage violence without repercussion.

X22 Report, January 6: “We have finally reached Jan 6th. The count has been delayed, Trump knew the playbook. Rig for Red. Taking back the country was never going to be easy. The Deep State will fight dirty and know its going to get a lot worse as we move forward, buckle up its time to take back this country. This has been planned from the beginning.” 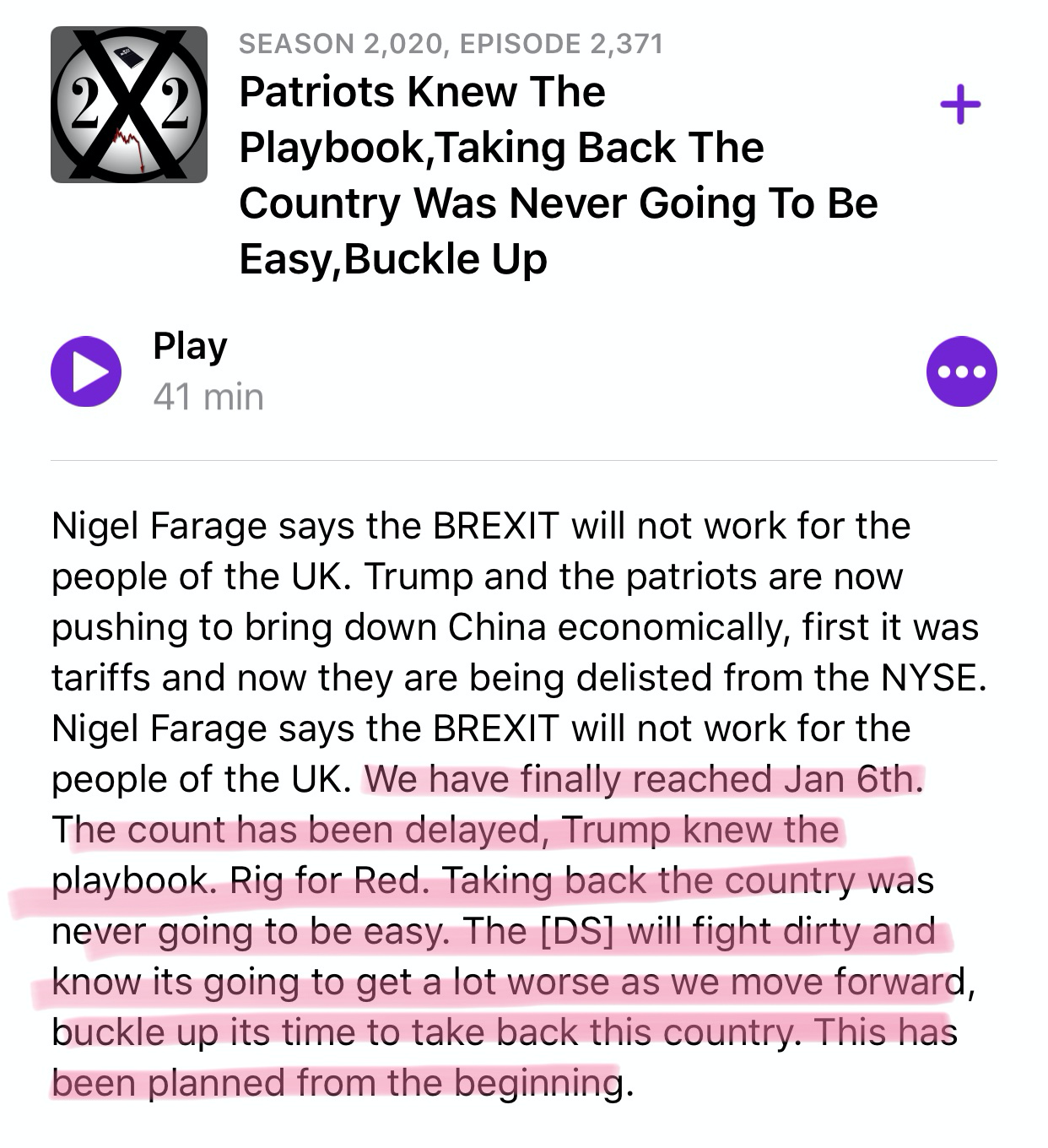 X22 Report, January 6: “We knew this day would come, it had to be this way, sometimes you must walk through the darkness to see the light.” 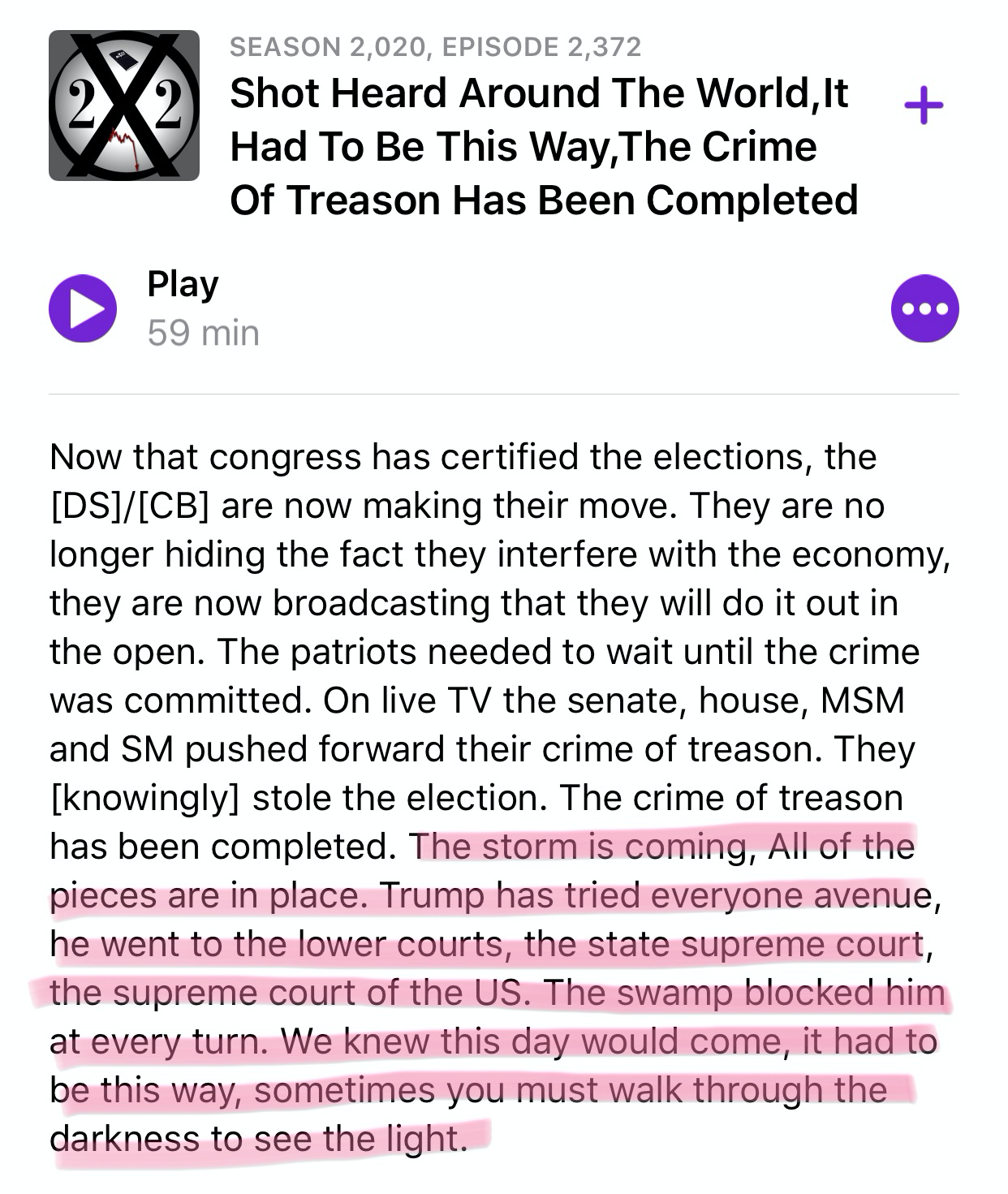 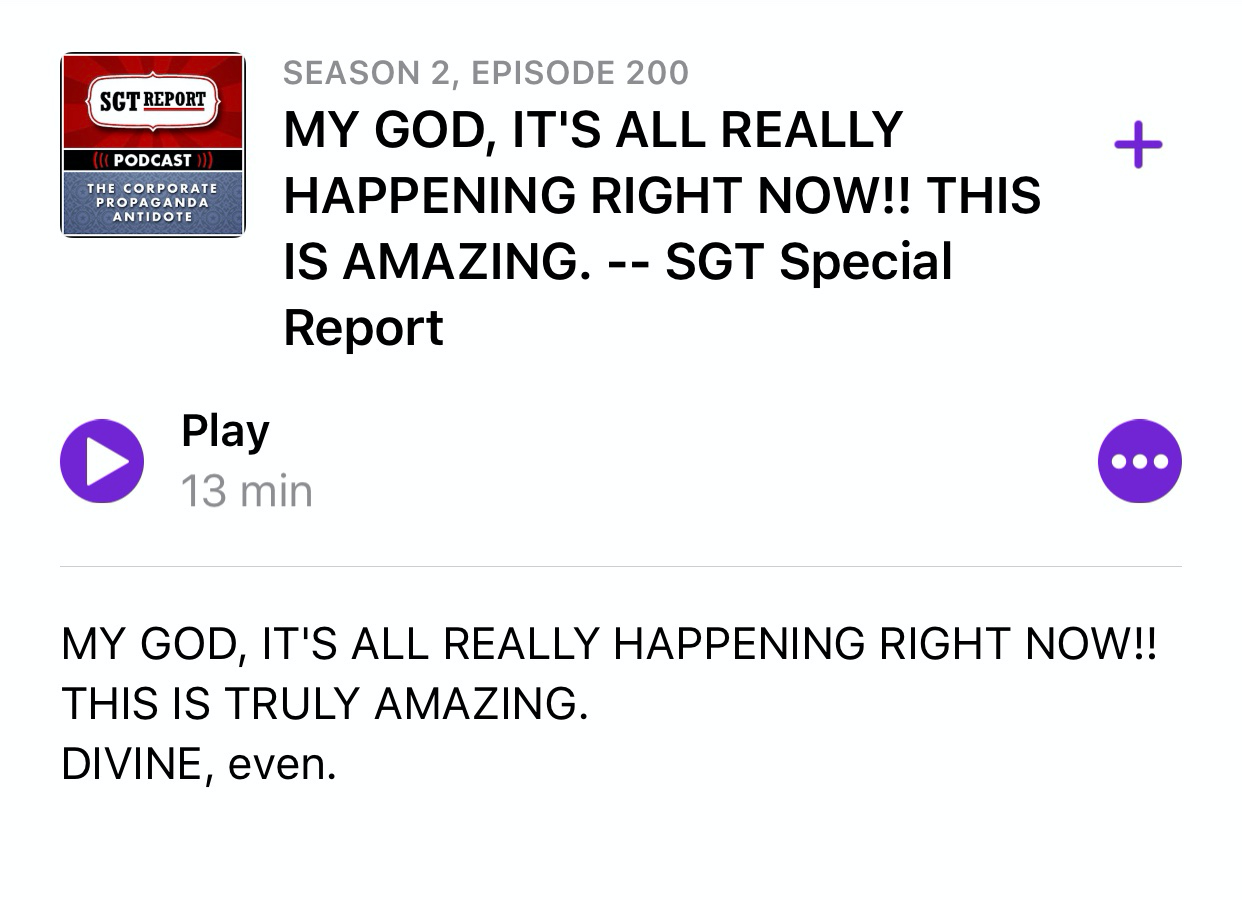 Pardon My American, January 7: “What a crazy day! The guys dive into patriots storming the capital.” 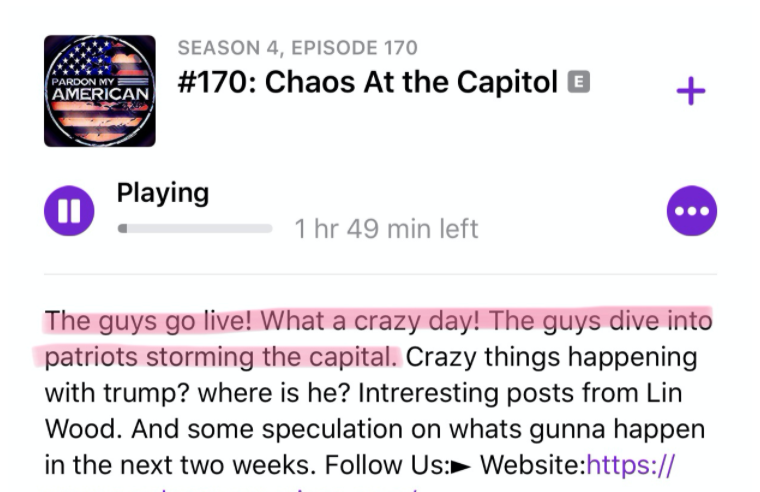