Throughout May and June, two of the nation’s leading newspapers, The New York Times and The Washington Post, quoted Republicans at more than twice the rate of Democrats in their political news coverage. 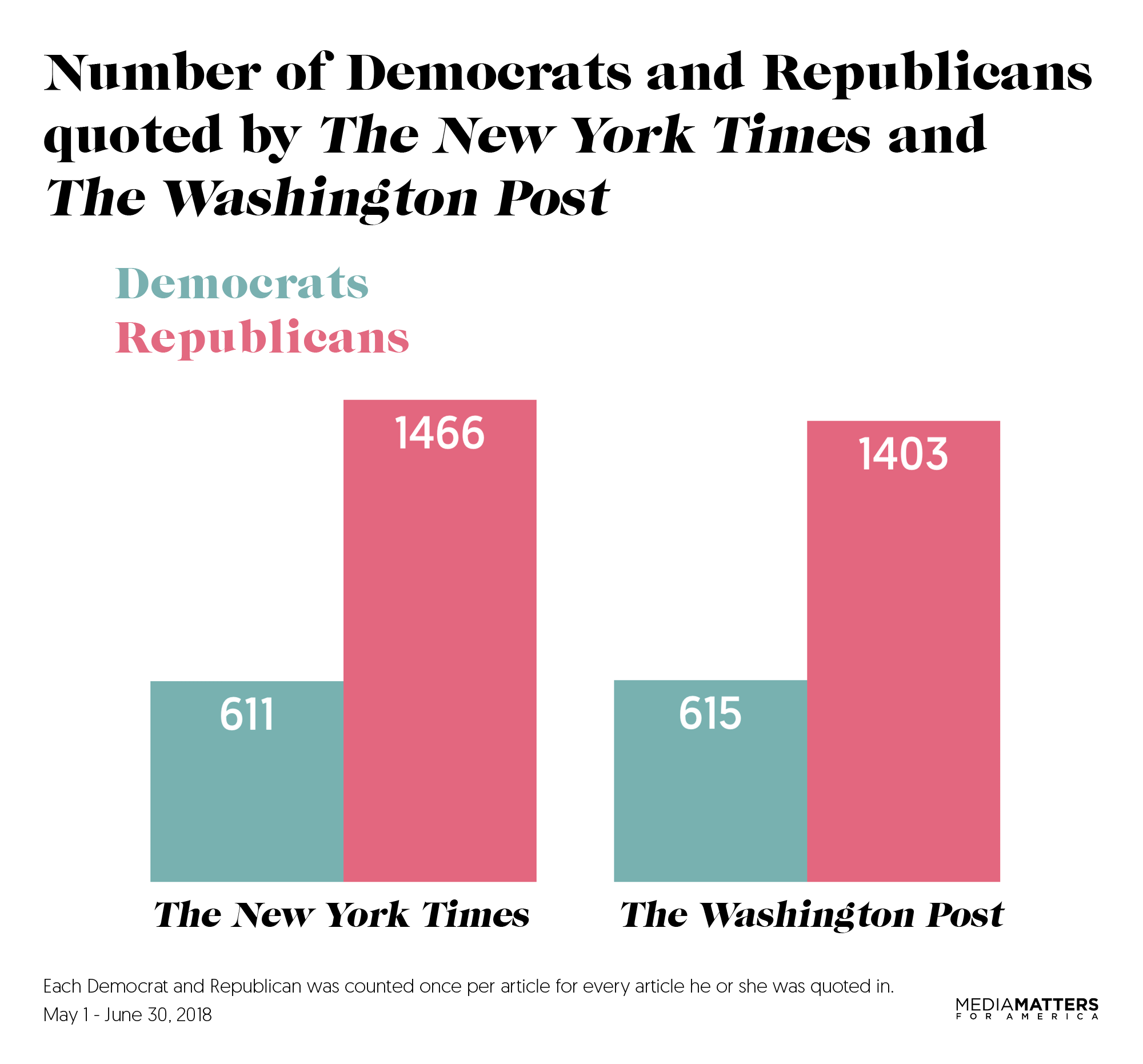 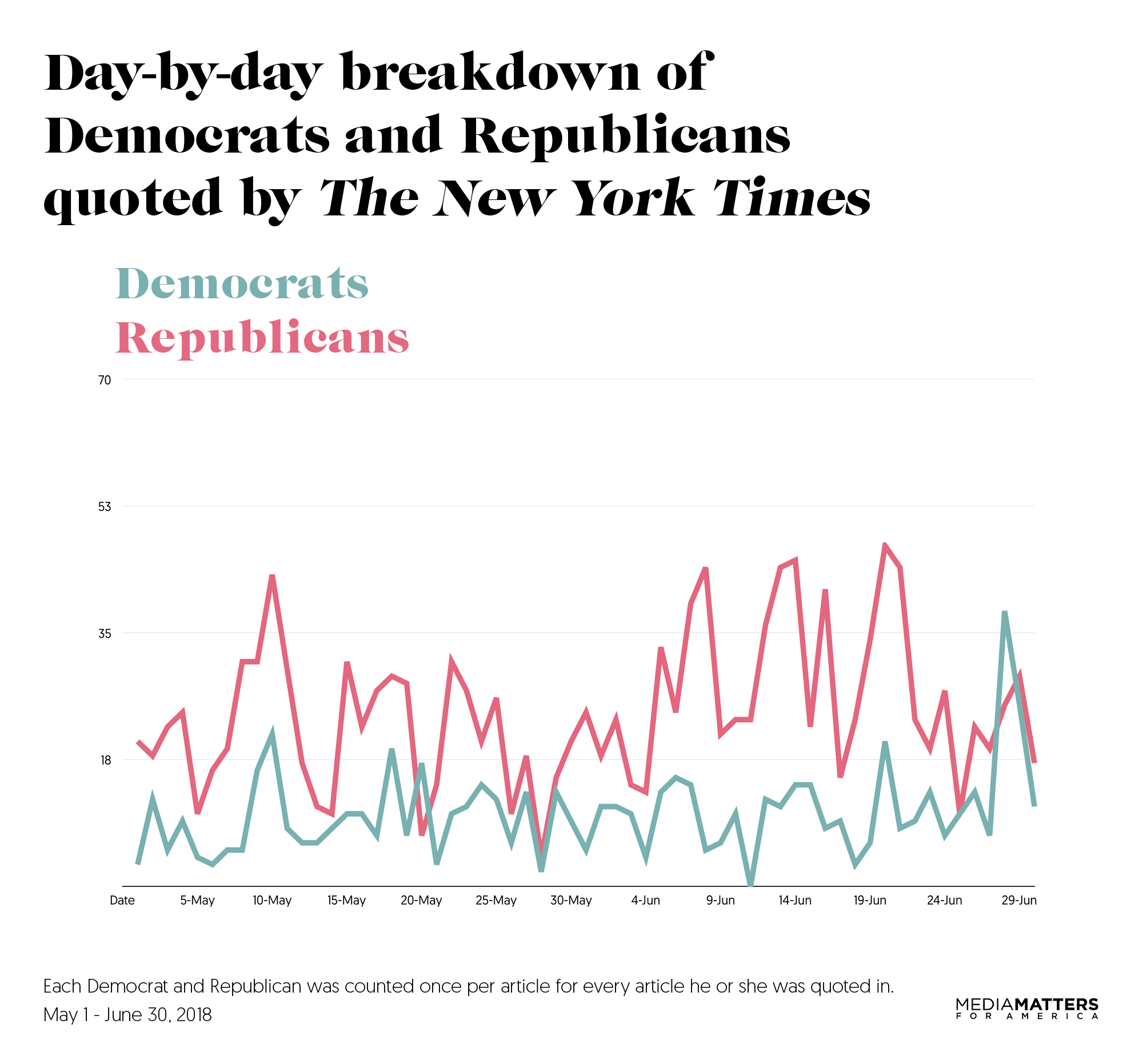 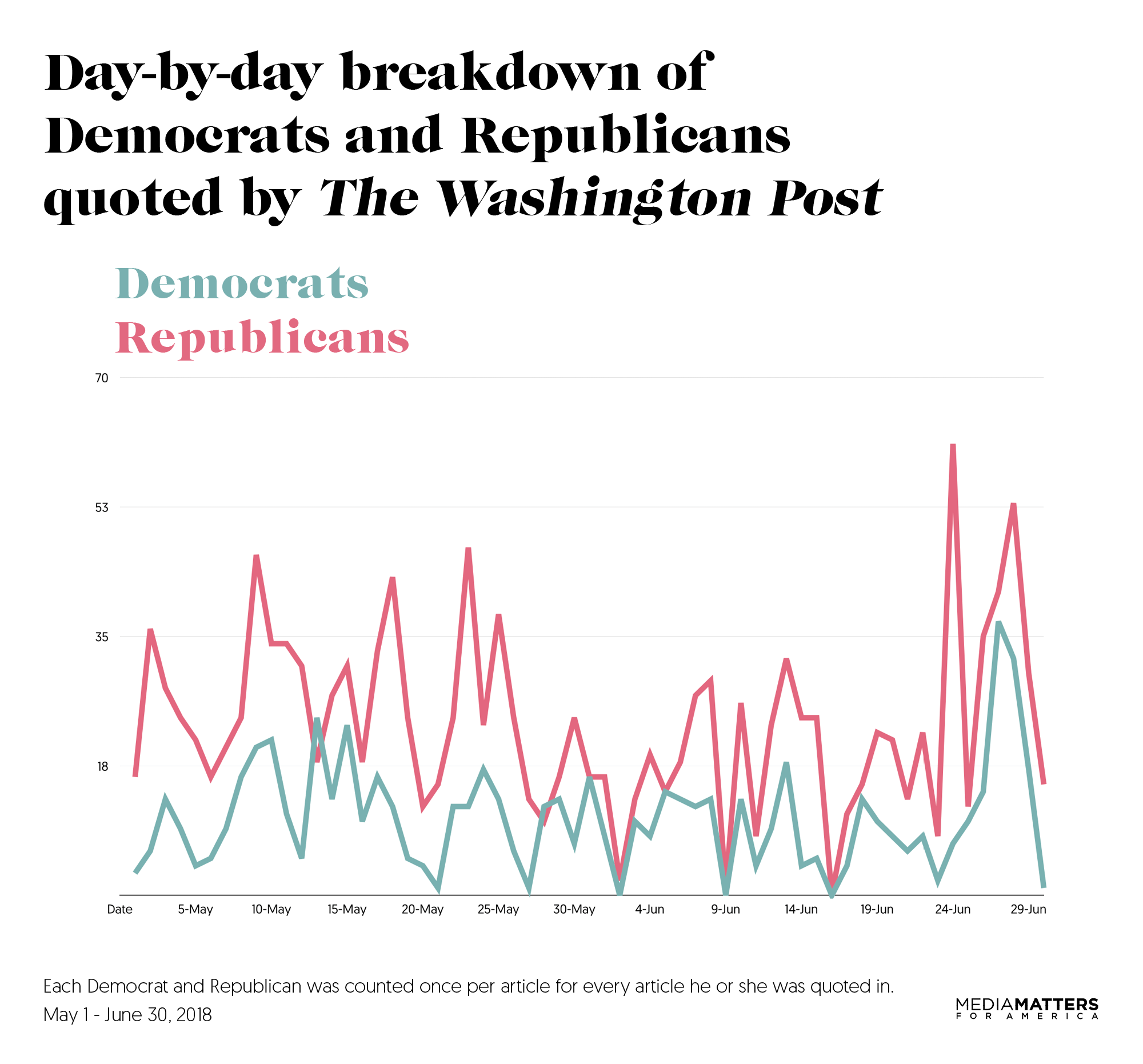 Methodology: Media Matters searched the Nexis newspaper database for articles in the print editions of The New York Times’ and The Washington Post's news and politics sections between May 1 and June 30, 2018, that mentioned any elected official, administration official, or other government official in the headline or lead paragraph. In approximately 2,200 articles from the two newspapers during May and June that fit that criteria, we coded for political strategists; candidates; elected officials; administration officials; and close political advisers, family members, or personal lawyers of President Donald Trump who were quoted. Additionally, we coded anyone quoted whom the paper identified as partisan. We coded each individual once per article as either Democratic or Republican. Members of New York’s Working Families Party were coded as Democratic.

Rob Savillo and Shelby Jamerson contributed research to this report.