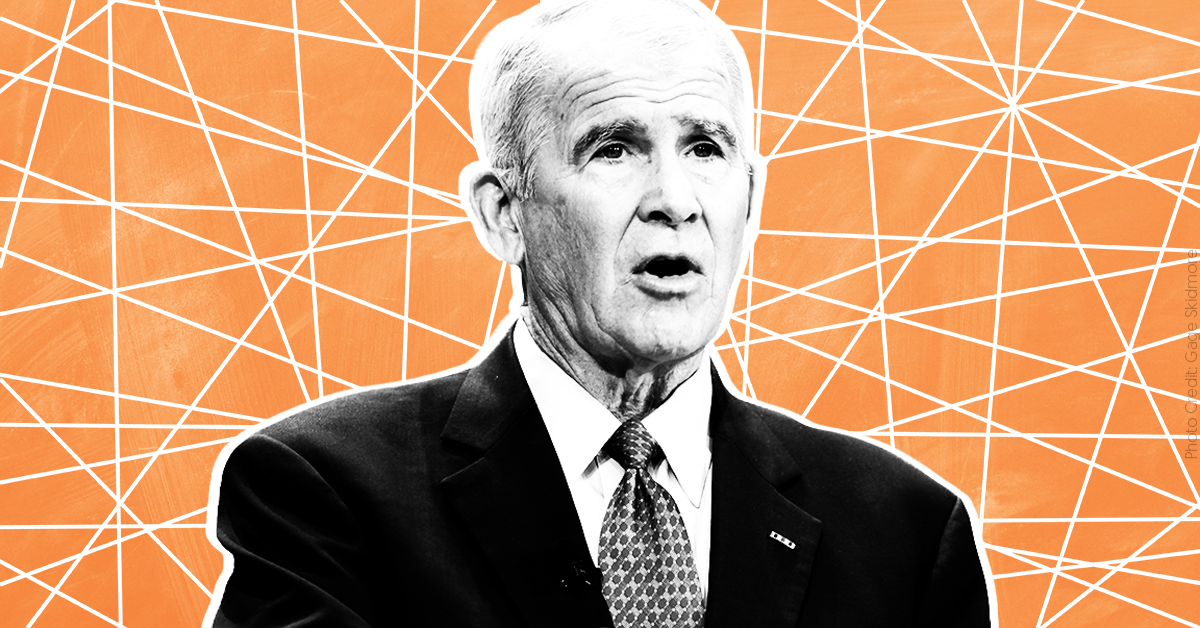 A new article in The New Yorker gives an extraordinary glimpse into the NRA’s increasingly dire financial situation and an internal rift over the production of its media outlet, NRATV.

The article comes on the heels of news that the NRA is suing Oklahoma-based Ackerman McQueen, the group’s ad agency that also produces NRATV, for allegedly ignoring the NRA’s request for “access to records underlying its bills.” NRA President Oliver North also has a contract with Ackerman McQueen to host an NRATV show, and while the NRA says it must disclose and approve its top officials pay, the lawsuit alleges neither North nor Ackerman McQueen will share the details of their contract.

The lengthy April 17 article, written by Mike Spies of The Trace and published in partnership with The New Yorker, exposed more than a decade of financial problems at the NRA, reporting that “in recent years, it has run annual deficits of as much as forty million dollars.” The article points out the NRA spends less than 10% of its budget on firearms education, safety, and training, and instead focuses on “messaging,” using Ackerman McQueen to shape its “public identity” by “promoting a life style built around loving guns and hating anyone who might take them away.”

Several NRA figures, including North and NRA national spokesperson and NRATV host Dana Loesch, also have contracts with the ad agency, making it “difficult to tell” of the NRA and Ackerman McQueen “where one ends and the other begins.” According to the New Yorker piece, Ackerman McQueen is also responsible for turning NRA Executive Vice President Wayne LaPierre into a “ferocious critic of the political left” and creating “the Wayne cult of personality” around his appearances at NRA annual meetings and other conservative gatherings.

Tax documents obtained by Spies reportedly show “a small group of N.R.A. executives, contractors, and venders” received “hundreds of millions of dollars from the nonprofit’s budget, through gratuitous payments, sweetheart deals, and opaque financial arrangements.” One senior NRA employee went as far as to “describe a workplace distinguished by secrecy, self-dealing, and greed.” Meanwhile, the NRA, “in desperate need of funds, raised its dues for the second time in two years” and cut costs by eliminating “free coffee and water coolers at its headquarters” and freezing employees’ pension plans.

This reporting on the organization’s desperate financial state and the rift among its employees comes less than six months after layoffs hit the network and a little over a month after former NRA president and current board member Marion Hammer went on record to The New York Times that she and other board members “have questioned the value” of NRATV.

The NRA’s media platform has been a cesspool of bigotry and extremist talking points for over a decade. Those characteristics were on full display when Loesch shared an image on her NRATV program of the trains from the children’s TV show Thomas & Friends wearing Ku Klux Klan hoods to protest the show’s focus on diversity. The move reportedly left LaPierre “livid and embarrassed,” according to The Times.