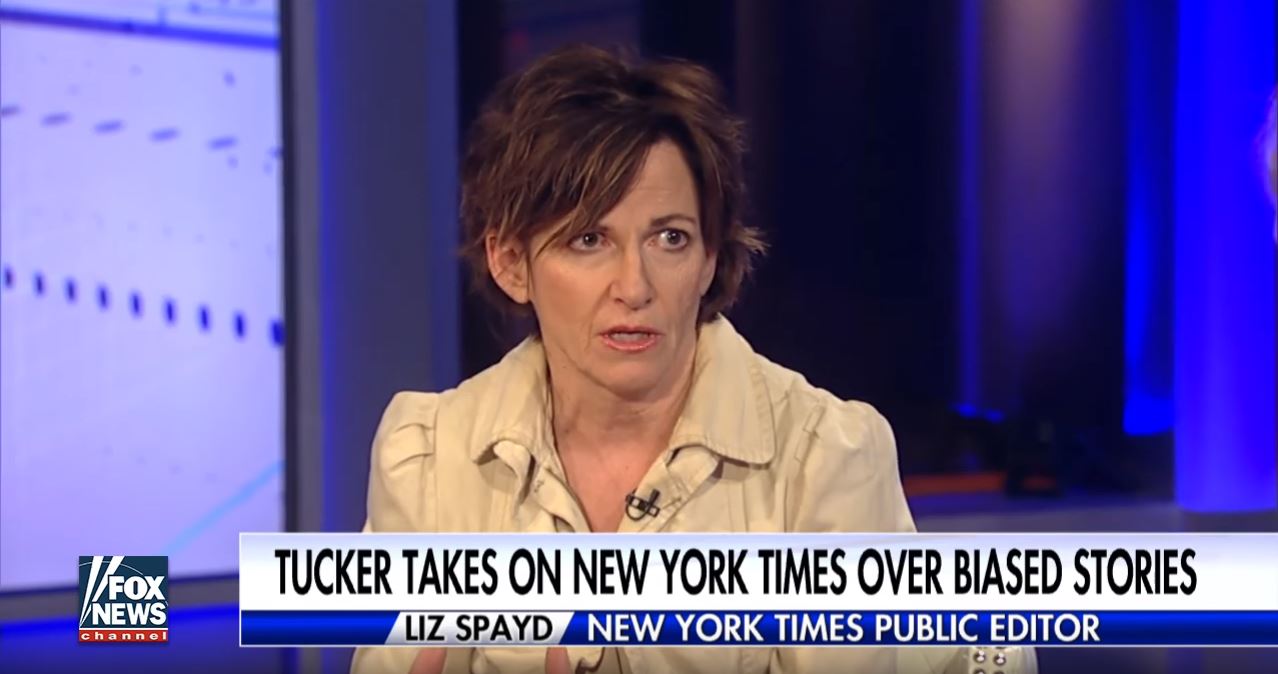 The New York Times failed its readers when it decided to eliminate its public editor position. But Liz Spayd’s final column for the paper encapsulates the false choice at the heart of her analysis of the Times’ work, demonstrating why she was a poor fit for the role.

Under a Trump administration “drowning in scandal,” she writes, “large newsrooms are faced with a choice: to maintain an independent voice, but one as aggressive and unblinking as the days of Watergate. Or to morph into something more partisan, spraying ammunition at every favorite target and openly delighting in the chaos.”

“If I think back to one subject I’ve harped on the most as public editor over the last year, this is probably it,” Spayd adds. Indeed, Spayd, who takes pride in being criticized from all sides, often seemed to have viewed her role as channeling the criticisms of conservatives against the paper.

What Spayd misses -- and what she has consistently missed throughout her tenure at the Times -- is that not all criticism is offered in good faith. The difference between “aggressive and unblinking” coverage of the president and “more partisan” reporting is squishy, and it often depends on the eyes of the beholder.

And the paper’s most ardent conservative critics -- the Trump supporters who believe the president of the United States when he says media are “the enemy of the American people” and deliberately produce “fake news” -- will never be satisfied with that distinction.

All journalism that undermines the White House worldview will be deemed excessively partisan by those critics. Encouraged by the Trump administration at all levels, they are the heirs of a decades-long conservative campaign to convince the American people that journalists are irrevocably biased and cannot be trusted. Attempts to mollify those critics will fail, as they always have -- and at a time when journalists are literally being assaulted for doing their jobs, trying seems a farce.

Indeed, Spayd’s paean for the “days of Watergate” is itself based on a false premise, as conservatives of that era portrayed the coverage that led to the resignation of President Richard Nixon not as “aggressive” reporting, but as part of a liberal plot.

The public editor is an essential role for the Times, and the paper was wrong to eliminate the post. But Spayd’s feckless false choices have shown the role at its worst.