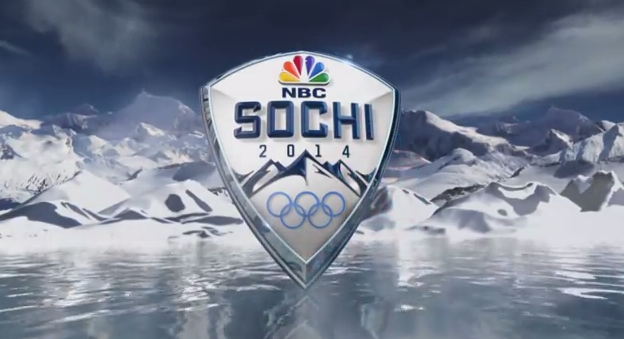 As NBC prepares to air the Winter Olympics in Sochi, Russia, NBC Universal executives and reporters have vowed that the network's coverage won't ignore the draconian anti-gay laws signed by President Vladimir Putin last summer. What remains unclear, however, is whether NBC will draw attention to the involvement of American conservatives in shaping those laws.

As the Kremlin launched its anti-gay crackdown last summer, NBC News largely ignored the issue, even as it hyped the upcoming Winter Olympics. NBC's silence on Russia's law banning so-called “gay propaganda” - which the Kremlin followed by banning the adoption of children by parents from pro-equality countries - raised the question of whether the network's financial interests as the games' broadcaster would outweigh the imperative of informing viewers about egregious human rights violations against LGBT Russians. Still, NBC Sports Group chairman Mark Lazarus promised that NBC would “acknowledge” the crackdown. Meanwhile, assurances from anchor Bob Costas and NBC's hiring of New Yorker editor and respected Russia expert David Remnick seemed to indicate a commitment to covering the controversy.

What NBC hasn't made clear is whether it will highlight the intellectual and political involvement of several high-profile American conservatives in Russia's crackdown on LGBT citizens. Doing so may well engender hostility from certain political quarters, but telling the story is crucial to fully understanding how Russia arrived at its current point of horrific, state-sanctioned homophobic persecution.

According to information compiled by the Human Rights Campaign (HRC) and provided to Equality Matters, no fewer than 14 American conservative leaders have visited Russia to lobby lawmakers in support of the country's anti-gay legislation, lend their support to Russian social conservatives, and help plan for the 2014 World Congress of Families (WCF), an annual “pro-family” confab sponsored by the eponymous Rockford, IL-based group and slated to be held in Moscow from September 10 to 14.

Here are some of the most notorious ambassadors for homophobia.

Perhaps the most high-profile conservative to travel to Russia has been National Organization for Marriage (NOM) President Brian Brown. Right Wing Watch reported in October that Brown and a group French anti-gay activists traveled to Russia in June 2013 to support Russia's ban on gay adoption and adoption by any couple from a country that allows same-sex marriage. Brown's itinerary included a speech before the Russian Duma and a Russian television interview in which he lauded Russia's efforts to combat a series of “very negative developments all over the world.” Brown returned to Russia in October, telling MSNBC host Rachel Maddow in a statement that his latest visit was to assist in planning for the WCF.

Reflecting his employer's emphasis on international anti-gay work, attorney Benjamin Bull of the notoriously anti-LGBT Alliance Defending Freedom (ADF) has traveled to Russia in preparation for the WCF and to meet with Yelena Mizulina, one of the authors of the “gay propaganda” law. Bull, recently seen praising the Indian Supreme Court for restoring a colonial-era ban on gay sex, might harbor decidedly extremist views, but ADF is hardly a pariah among ostensibly mainstream conservatives. Fox News repeatedly fêtes the organization and invites its attorneys on air to comment on the latest manufactured anti-LGBT horror stories.

Former senior Fox News producer Jack Hanick testified in support of Russia's anti-gay policies at a forum sponsored by the Duma's family committee and right-wing religious groups. According to Right Wing Watch, Hanick told the forum that Russia had been destined by God to “stand up for traditional values.” Right Wing Watch noted that in August, Hanick gave an interview to a Russian magazine in which he applauded the collusion between the Russian state and the Orthodox Church, a key supporter of the country's anti-gay laws.

“In Russia the issue of separation of church and state, obviously, is much less of an issue,” Hanick reportedly said, “and I see this [as] a positive thing.”

To hear him tell it, hate group leader Scott Lively of Abiding Truth Ministries is the intellectual inspiration behind the Kremlin's anti-gay laws. In a July blog post, Lively took credit for the laws' passage, writing:

I can't point to any country of the world today that is a model for the rest of the world, except perhaps for Russia, which has just taken the very important and frankly necessary step of criminalizing homosexual propaganda to protect the society from being “homosexualzed.” [sic] This was one of my recommendation [sic] to Russian leaders in my 50-city tour of the former Soviet Union in 2006 and 2007.

Despite facing a federal human rights lawsuit for his role in influencing Ugandan legislation that would have imposed the death penalty for homosexuality, Lively has found time to travel to Russia to, in his words, “bolster the pro-family movement.” Last fall, Lively took a weeklong trip to the country for a WCF planning meeting. Free of charge, Lively has also offered Russia some strategic advice on how to decisively defeat the movement for LGBT equality. In a September 11 column for right-wing website WND, Lively wrote that “with a simple judo move, the Russians could catch the ”gays" in their own trap and at the same time rescue God's rainbow from being dragged through the mud." Lively invited readers to "[i]magine the Russian Olympics taking place under a giant rainbow banner declaring that the rainbow belongs to God!"

Besides preternatural Putin fanboy Pat Buchanan, Catholic Family and Human Rights Institute (C-FAM) President Austin Ruse has been among the right-wing media's most enthusiastic cheerleaders for the Kremlin's anti-gay crackdown. In columns for The Daily Caller and Breitbart News, Ruse has defended the anti-gay laws as good for “human rights” and “the innocence of children.” In October, Ruse attended the WCF planning meeting in Russia. Beyond lavishing praise on Putin for his anti-gay policies, Ruse has urged the United States to follow Russia's lead, asserting in an August interview with American Family Association Radio that most Americans would agree with Russian-style anti-gay laws.

Russia's anti-gay laws -- and the frightening climate of violence and vigilantism they have stoked -- are significant in themselves. But the story of Russia's crackdown extends far beyond Russia's borders. As the exclusive broadcaster of the Sochi Olympics, NBC has vowed that it won't shy away from holding Putin and other anti-gay Russian figures accountable. Will the network do the same for the American ambassadors of hate?