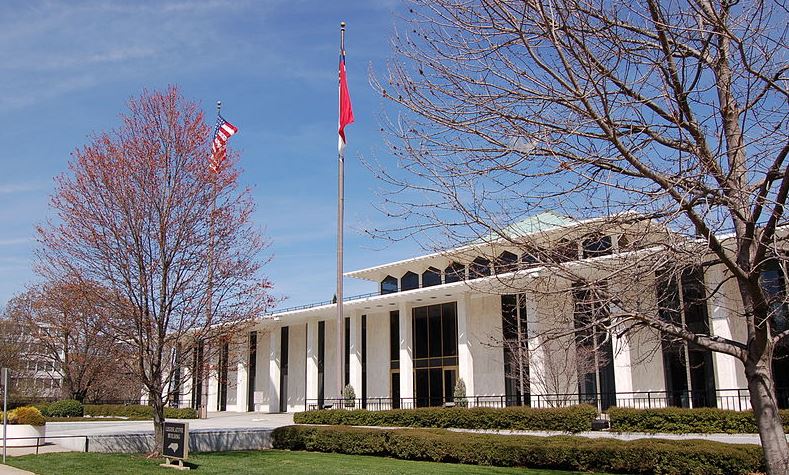 On December 14, Republicans in the North Carolina state legislature launched a three-day special session for the sole purpose of introducing “a flurry of bills … to undermine [incoming Democratic Governor Roy] Cooper by stripping him of his ability to make key appointments to state and local boards and mandating, for the first time, legislative approval of his cabinet,” The New York Times reported. The Times added that the “significant shackling of the governor’s authority” may result in lawsuits from the incoming administration against the state legislature.

CNN.com reported that the Republican legislature's “unprecedented power grab” includes legislation to “block Cooper from appointing any members to the state Board of Education and to the board of trustees for the University of North Carolina system,” and to slow lawsuits from reaching the majority Democratic-appointed state Supreme Court. The legislation also will revert to a partisan election process for filling vacancies at appellate level state courts.

Despite North Carolina Republicans’ “brazen bid for permanent power,” the Sunday morning political shows of December 18 all but ignored their unprecedented actions. A Media Matters review of ABC’s This Week, CBS’ Face the Nation, NBC’s Meet the Press, CNN’s State of the Union, and Fox Broadcasting Co.’s Fox News Sunday found that only Meet the Press discussed the situation in one brief segment that lasted less than three minutes.

Host Chuck Todd opened a discussion on Meet the Press about the events in North Carolina by describing them as “perfectly legal” due to Republicans’ “veto-proof majority.” (In fact, a legal challenge against North Carolina Republicans’ actions may be looming.) The segment also featured misinformation from CNBC’s Rick Santelli, a right-wing commentator sometimes credited for “launching the tea party movement,” who bizarrely transformed a story about a state political party’s power grab into a complaint that “the federal government gets too much control in various states.”

Other national and internet media outlets have given this story the detailed reporting and thoughtful analysis it demands. Slate’s Mark Joseph Stern wrote that the “last-minute power grab marks an alarming departure from basic democratic norms” and is “a blatant attempt to overturn the results of an election by curtailing judicial independence and restructuring the government to seize authority lawfully delegated to the incoming Democratic governor.” The New York Times and Washington Post editorial boards excoriated North Carolina Republicans’ "novel strategy to subvert the will of the voters" in a “graceless power grab.” And as elections law expert Rick Hasen explained, some of the measures are so extreme that they could spur “potential Voting Rights Act and federal constitutional challenges” on the basis that “the legislature would potentially be diluting minority voting power and making minority voters worse off."

Media Matters searched Snapstream and iQ Media for mentions of “North Carolina” on the December 18 editions of CNN’s State of the Union, ABC’s This Week, CBS’ Face the Nation, NBC’s Meet the Press, and Fox Broadcasting Co.’s Fox News Sunday.