Black Suspects Were Overrepresented In Newscasts On WCBS, WNBC, WABC, And WNYW 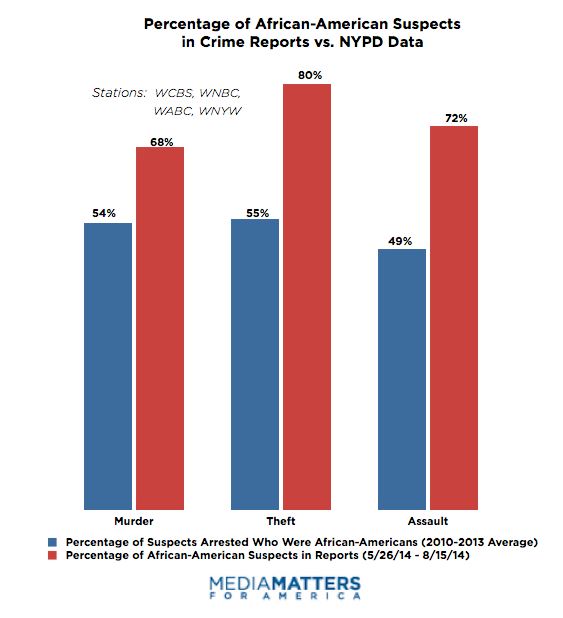 Coverage Of Black Suspects Varied Among Stations And By Crime

Amount Of Crime Coverage Varied Widely Among The Four Stations 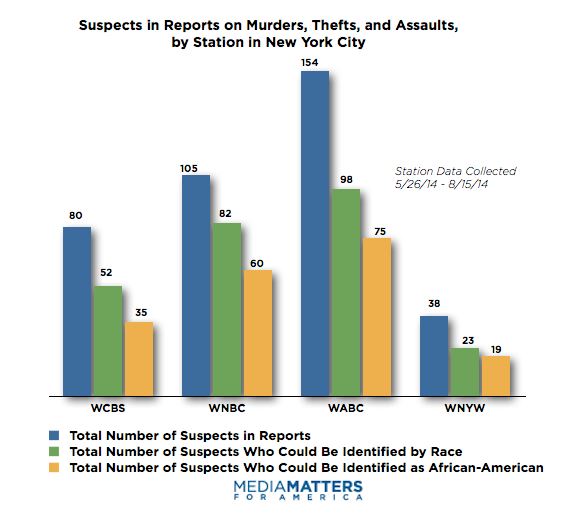 Media Matters watched the late-night news on WCBS, WNBC, and WABC (airing at 11 p.m.) and WNYW (airing at 10 p.m.) during weeknights from May 26 until August 15. Media Matters recorded the race, if it could be determined, of suspects who were reported to be connected to crimes committed in New York City's five boroughs. Any story about a crime committed outside of the city limits was excluded. The race of the suspect was recorded only if it could be determined from a picture shown on the air or if the suspect's race was explicitly mentioned in the report. Any suspect whose race could not be determined was not included.

This data was then compared to data from the past four years of the New York City Police Department's “Crime and Enforcement Activity in New York City” report. Media Matters used numbers from the reports to calculate the amount of African-Americans arrested as a percentage of people with a known race who were arrested on the following charges:

These categories represent the three most-covered crime stories on the four stations.

*The question of whether local television news programming over represents black men in its crime coverage is one that has been asked by academic researchers in the past (notably here and here).