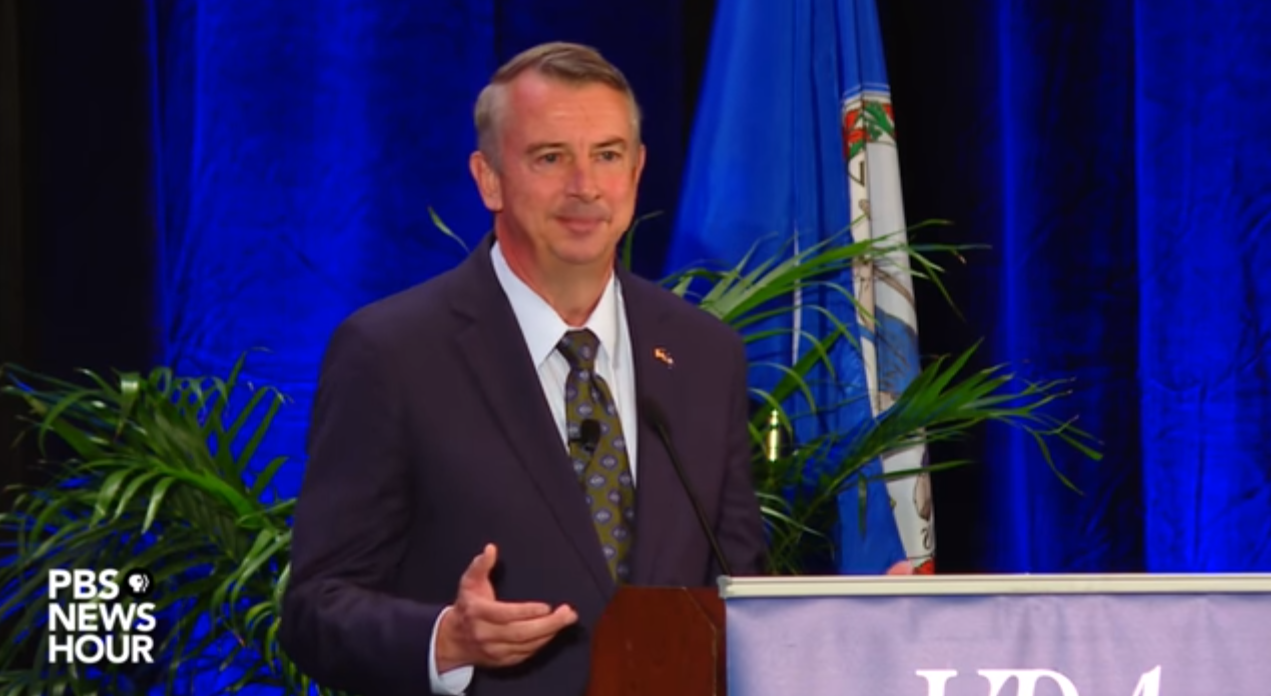 On September 19, Virginia gubernatorial candidates Democrat Ralph Northam and Republican Ed Gillespie will meet for their second of three debates ahead of the November 7 election. As the race between these two candidates becomes tighter, debate moderators have a responsibility to ask Gillespie about his extreme position on abortion.

New polls show that the race between Gillespie and Northam has narrowed: One poll shows the candidates tied while another has Northam with a 5-point lead, but within the margin of error. Debates often serve as the first real encounters voters have with candidates, making the platform an essential opportunity for moderators to highlight the contrast between the candidates’ positions. Thus, moderators for the two remaining debates must ask questions that highlight the differences between Gillespie and Northam’s positions -- particularly Gillespie’s dangerous stance on abortion access.

Earlier this year, while at a forum for potential Republican gubernatorial nominees, Gillespie told the crowd, “I would like to see abortion be banned because I think it is a taking of an innocent human life.” Gillespie also expressed support for defunding Planned Parenthood and banning all abortions after 20 weeks of pregnancy, despite the lack of a constitutional basis for such a policy. The anti-abortion group Susan B. Anthony List also supports Gillespie and plans to run digital ads for him before the election. In contrast, Northam has argued that abortion should remain a medical decision for the person seeking an abortion, earning him the support of Planned Parenthood and NARAL Pro-Choice America.

As the 2016 presidential debates showed, asking candidates about their positions on key issues such as abortion rights is essential. Last year, moderators failed to ask the presidential candidates about their stances on abortion until the final debate, at which point then-Republican nominee Donald Trump falsely claimed that Democratic nominee Hillary Clinton supported letting abortion providers “take the baby and rip the baby out of the womb in the ninth month, on the final day.”

At the Republican gubernatorial candidates forum, the moderator explicitly asked Gillespie about whether the Supreme Court should overturn Roe v. Wade -- exposing his extreme position that abortion should be banned. During the first gubernatorial debate, however, debate moderator Judy Woodruff, anchor of PBS NewsHour, did not ask the candidates a single question about abortion or reproductive rights.

Given Woodruff’s omission, NBC’s Chuck Todd, who will serve as the moderator for the second debate, must press Gillespie about his comments on abortion. Restrictions on abortion access largely happen at the state level, taking the form of unnecessary laws that delay and stop access to abortion. In Virginia, people seeking an abortion already must undergo mandatory counseling and then wait 24 hours to have the procedure. Gillespie’s desire “to see abortion be banned” is extreme, and it's up to moderators to hold him accountable while voters are watching.