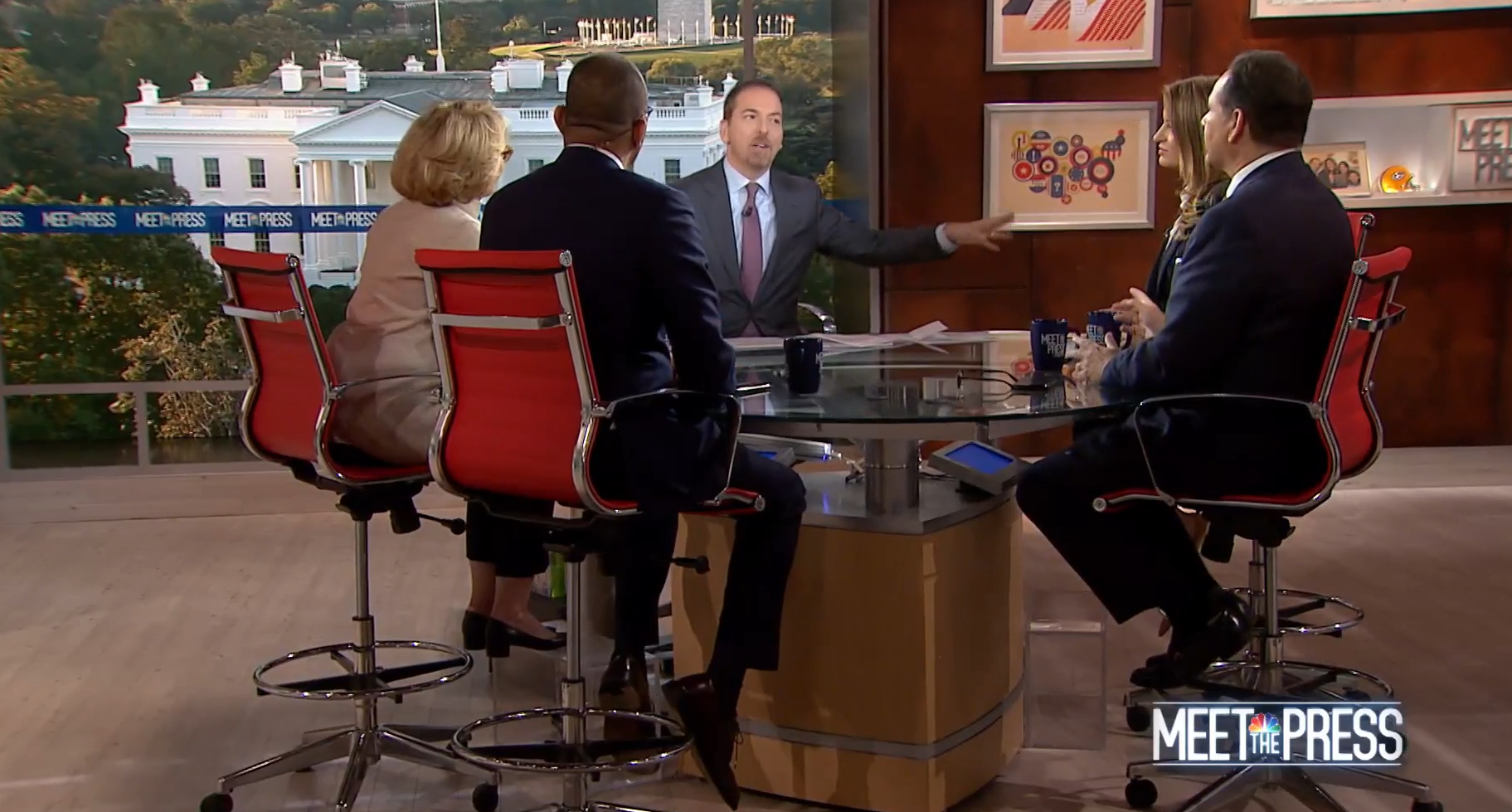 On October 17, protesters organized by the Republican Party of Miami-Dade, FL, gathered outside the campaign headquarters of Democratic congressional candidate Donna Shalala ahead of scheduled appearances by Reps. Nancy Pelosi (D-CA) and Barbara Lee (D-CA). The chair of the local Republican party was recorded aggressively knocking on the door of the venue as members of the violent extremist group Proud Boys yelled expletives at Pelosi.

As The Miami Herald reported:

[Miami-Dade Republican Party chair Nelson] Diaz, who is Cuban-American, was videotaped during the protest repeatedly banging on a locked door used moments earlier by Pelosi to enter Shalala’s campaign offices. He stood by as a member of the so-called Proud Boys, a national organization characterized as a “hate group” by the Southern Poverty Law Center, heckled and hurled expletives at Pelosi as she walked inside.

“You don’t belong here you f**king communist,” the Proud Boy, Enrique Tarrio, is heard yelling. “Open up, it’s the Proud Boys in here.”

Diaz later told the Herald that he apologized for his own behavior. He also denied knowing about the group prior to the protest and said he did not invite them.

In a panel discussion on the October 21 edition of NBC’s Meet The Press, host Chuck Todd addressed “anger on the left and right” ahead of the midterms, and showed part of the video of the protesters and Proud Boys members heckling Pelosi and later banging on the door as it closed. He then noted vaguely, “Dade County Republican Party chairman actually apologized for the treatment of that.”

Based on this sanitizing statement, viewers might believe that the local GOP chair was admonishing a protest that got out of hand -- not that he himself was knocking angrily on the door alongside members of the Proud Boys. In fact, Todd didn’t mention the group “Proud Boys” at all in the discussion, let alone give any hint of its well-documented white supremacist ties or violent history, including when its members violently beat protesters on the streets of New York City days earlier as they yelled anti-LGBTQ slurs.

Below is the full panel segment with some selected transcript.

CHUCK TODD (HOST): We’ve had a couple of mob scenes where leaders of the Democrats and of the Republicans were both publicly harassed. Here’s a scene with House Democratic leader Nancy Pelosi down in Miami earlier this week.

TODD: Dade County Republican Party chairman actually apologized for the treatment of that. Meanwhile Mitch McConnell, the Senate Republican leader -- TMZ posted this video from Friday night in a restaurant in Louisville where he is getting harassed. Take a listen.

TODD: You know, [panelist] Peggy Noonan, each party -- and I’ve watched them and it really disgusts me -- they try to weaponize these incidents on the other side, saying “look at what an angry mob” you know saying on the left or, “These angry people on the right.” We have angry people left and right. This isn’t made-up. It’s ugly. It’s bad. And I think leaders of both parties need to accept that.