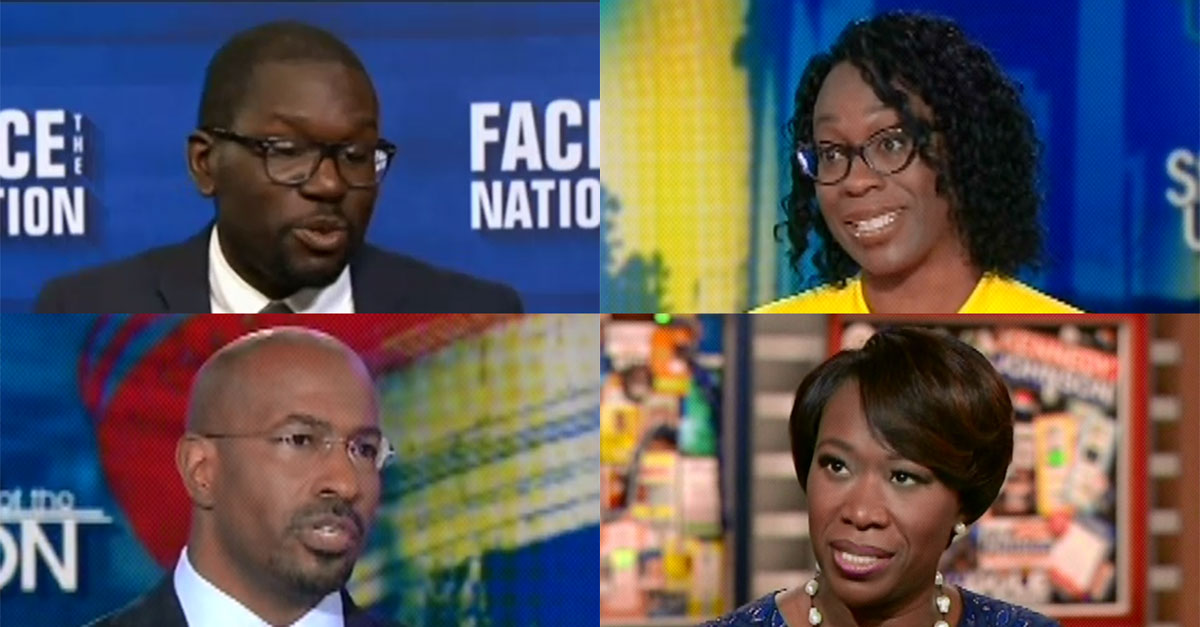 After a white supremacist, neo-Nazi rally in Charlottesville, VA, left one person dead and many others injured, black voices in the media conveyed a powerful and unequivocal rebuke of the resurgence of emboldened white nationalism in America.

Black voices took to Sunday news shows to share the pain felt by them and their community and rebuke the argument that “many sides” were to blame for the white supremacist rally. The “Unite the Right” demonstration on August 12 was designed to be “one of the largest gatherings of white nationalists in recent times, attracting groups like the Ku Klux Klan and neo-Nazis and movement leaders like David Duke and Richard Spencer,” according to The New York Times. The rally prompted counterprotesters to turn out en masse to collectively denounce the hateful demonstrations, and clashes between the sides quickly ensued. One 20-year-old who stood with white nationalists at the rally and has been described as a Nazi sympathizer drove his car through a crowd of counterprotesters, killing one woman and leaving 19 injured. President Donald Trump has received widespread criticism for personally failing to denounce white supremacy or call it out by name following the incident and instead condemning “violence on many sides.”

On CNN’s State of the Union, Van Jones bluntly noted that “an American citizen was assassinated in broad daylight by a Nazi” who “the day before had been marching with torches down American streets … this is not a time to talk about both sides.” Jones said that it was “almost painful” that he had to point out the distinction, adding that “people watching this show gave their lives to stop Nazism. Dr. King gave his life to stop the Klan.” Jones also admonished the president for sending “a signal to people that this is all right” by decrying “many sides, many sides.” From the August 13 episode:

Another guest on the panel, Nina Turner, communicated the deep pain felt by African Americans, asking, “Do you understand the pain? My heart is skipping beats right now to think about all that my foreparents went through to get to this point in time in America’s history. … People are in pain, having flashbacks. In the 21st century, we shouldn’t be going through this.” From the episode:

NBC’s Joy Reid noted that Trump’s response marked an “extraordinary” moment in history, saying, “The idea that a president of the United States cannot unambiguously denounce Nazism is extraordinary, and Donald Trump has placed himself in a history. There is no way that I think the American people could have contemplated that their president could not unequivocally condemn David Duke and Nazis. And he couldn’t, and he didn’t.” From the August 13 edition of Meet the Press:

And on CBS' Face the Nation, as the panel debated the motives behind Trump's ambiguous condemnation of violence at the rally, Slate's Jamelle Bouie highlighted that "in the context of an event that was held to defend Confederate statues in Charlottesville, VA, to say we need to ‘cherish our history,’ to me, sounds like a dog whistle to the ‘Unite the Right’ demonstrators.” From the August 13 episode:

Politicians and media figures from across the political spectrum have come together to denounce the racism, anti-Semitism, and outright bigotry exhibited at the rally, despite Trump’s failure to call out the racism by name. But it was black voices that shined through with important perspective and historical context.