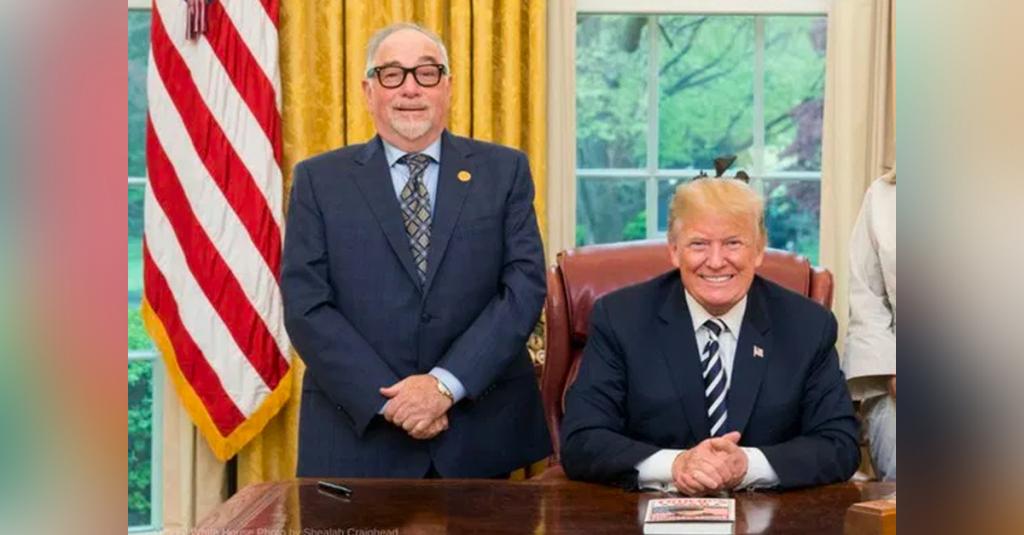 Update (6/16/20): This article has been updated following the airing of Michael Savage’s June 15 interview with President Donald Trump.

On Monday, President Donald Trump spoke with Michael Savage, a bigoted conservative radio host who has attacked the ongoing protests against police brutality and recently decried “systemic hatred towards white people.” Savage promised his audience on Friday that his interview with Trump would not be a “lovefest,” yet it would be hard to find a more apt description for an interview that consisted primarily of Savage showering the president with praise on a number of issues.

On the topic of protests against police brutality, both Savage and Trump agreed that more police are needed. Savage said, “I hate this defund the police movement. I say give them more money and better training. We need more police, not fewer police.” Trump agreed, arguing that police “have to be able to do their job, and they can’t be looking over their shoulder.”

Savage also provided an opportunity for Trump to lie multiple times throughout the interview. At one point, Savage claimed, “We're terrified of the illegal aliens voting — the Democrats voting four, five times,” and asked what the Trump administration was doing to prevent voter fraud. Trump’s response included equally preposterous claims about voter fraud associated with mail-in voting, and the president even fearmongered about “the chance of theft, where they steal them, they hold up mailmen, they take them out of mailboxes, they print them fraudulently.” (In fact, voter fraud remains extremely rare despite Republican claims.)

Trump also offered a misleading claim about the prevalence of the coronavirus, suggesting that “at some point this stuff goes away. And it’s going away. Our numbers are much lower now.” Savage had previously received attention for being one of the few conservative talk radio hosts willing to acknowledge the severity of the virus, yet on Monday, he failed to note that the number of coronavirus cases is actually increasing in parts of the country.

Savage concluded the interview by attacking presumptive Democratic presidential nominee Joe Biden and pledging his support for Trump through the upcoming election. Savage claimed, “It’s either you or total chaos in this county.” In response, Trump thanked the far-right host and said, “You were my friend from the beginning. You were there long before people thought I would win. … You really understand what’s going on.”

Since protests began in late May, Savage has responded to the national outcry against police violence with racism and fearmongering. On June 1, he called for a military crackdown “to quell the riots,” suggesting that “those punks should've been put down ... like the feral dogs that they are.” Earlier, Savage had tweeted calling for martial law to be imposed. Savage has also mocked the concept of systemic racism, and on June 10, he complained that “after years of the illegal, immoral affirmative action plans, … we still have riots and looting. We still have systemic hatred towards white people.”

These remarks about protests following police killings of Black Americans are part of Savage’s long history of bigoted, violent rhetoric.

In fact, the host was banned from entering the United Kingdom in 2009 for “fomenting hatred” due to his violent rhetoric.

Trump and Savage have long had a close relationship, despite the occasional rough patch. After declaring his candidacy in 2015, Trump spoke with Savage at least 16 times on his radio show. Savage also touted his influence in the run-up to the campaign, once claiming that he was “the architect of Trump’s messaging.” Other members of the Trump administration, including Vice President Mike Pence, have also appeared on his show, and Trump recently announced that he was nominating Savage, whose real name is Michael Weiner, to serve on the board of the Presidio Trust, the federal agency partly responsible for managing the Presidio National Park in San Francisco.