Facebook reportedly suspended anti-LGBTQ account “Libs of TikTok” for less than 24 hours following its latest anti-trans harassment campaign against Boston Children’s Hospital, which has resulted in violent threats against health care providers. The Facebook page and its larger Instagram account remained active with hundreds of posts during the suspension — and after it was lifted, Libs of TikTok immediately returned to targeting children’s hospitals providing gender-affirming care for trans youth.

On August 17, the Libs of TikTok Facebook page was reportedly disabled, though the page remained active on the platform, allowing users to see and interact with the page’s posts.

Libs of TikTok announced its return to Facebook less than 24 hours later, even though the platform has policies against hate speech and bullying and harassment, and it claims to disable or remove pages after repeated violations. 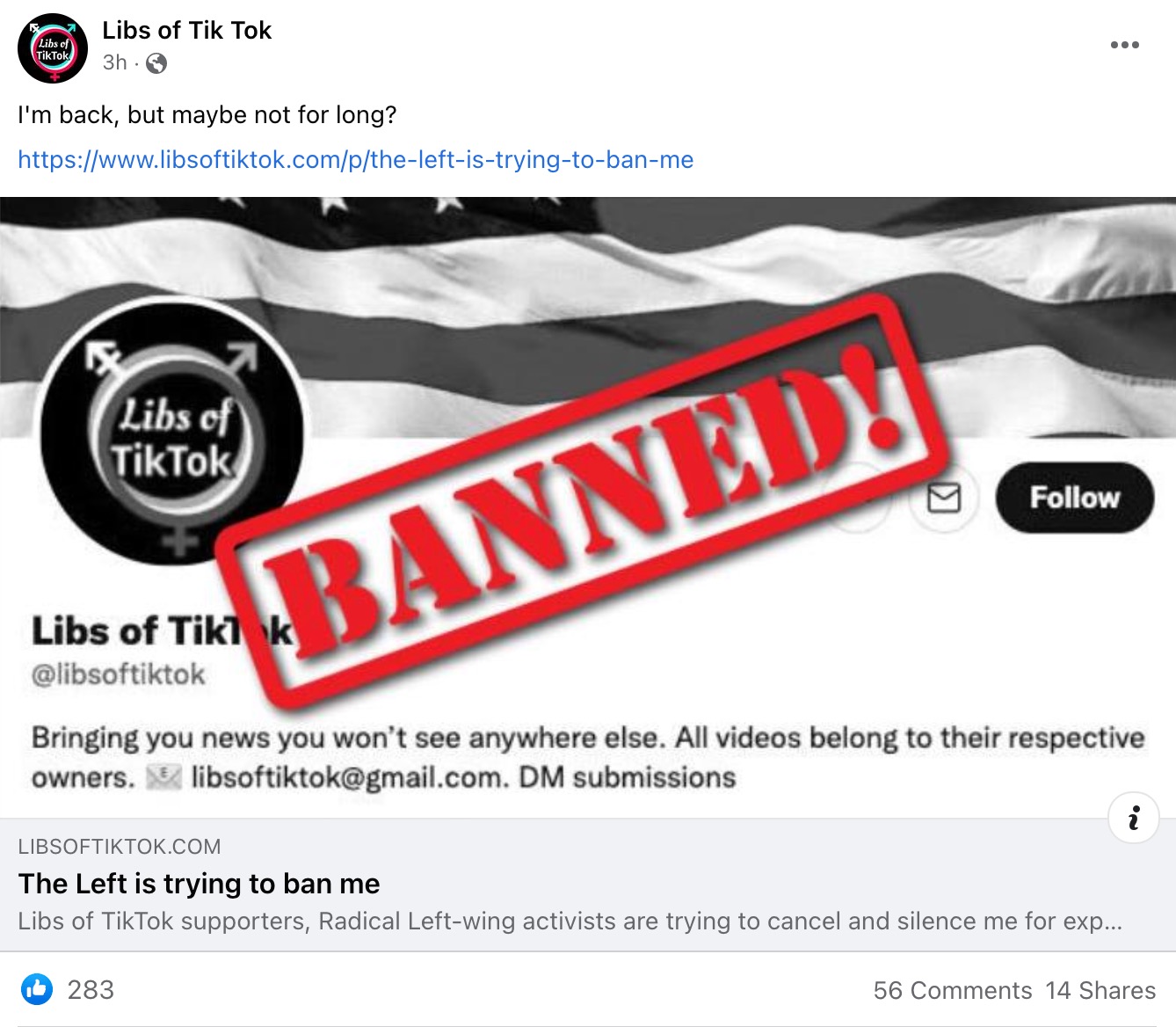 The latest campaign repeatedly targeting hospitals has resulted in harassment of and threats of violence against Boston Children’s Hospital and its staff. Libs of TikTok operator Chaya Raichik has doubled down on the attacks, even claiming that hospital employees were lying. When a doctor tweeted about the threats resulting from Libs of TikTok’s targeted harassment, Raichik went after them.

Since returning to Facebook, Libs of TikTok has posted 6 times, with 3 of the posts targeting health care providers. 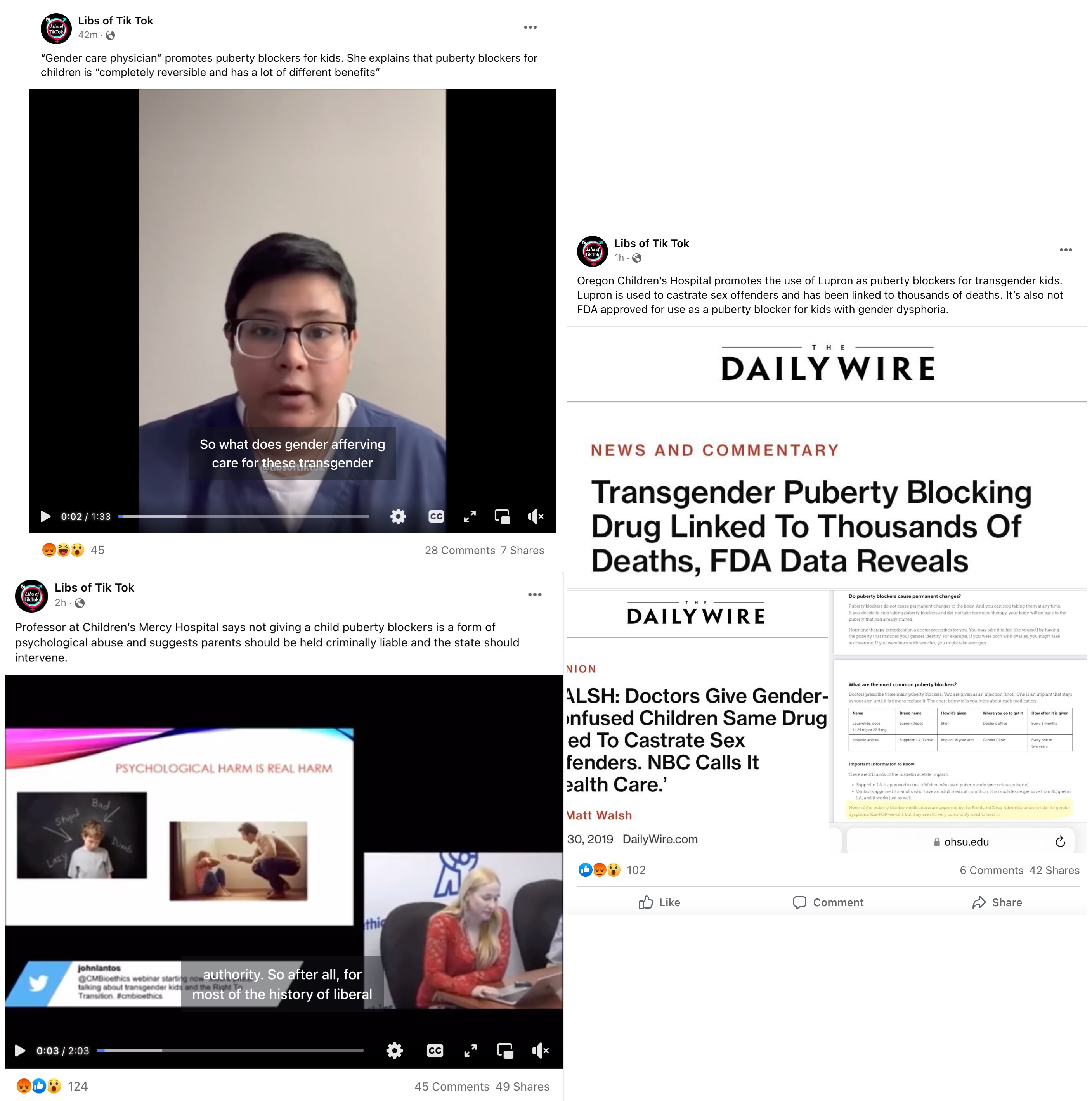 Using CrowdTangle, Media Matters found that the Libs of TikTok page has an additional 480 posts that remain active on Facebook. These posts, which are nearly all photos and videos, have earned more than 375,000 interactions and include posts about Boston Children’s Hospital and other hospitals providing gender-affirming care. 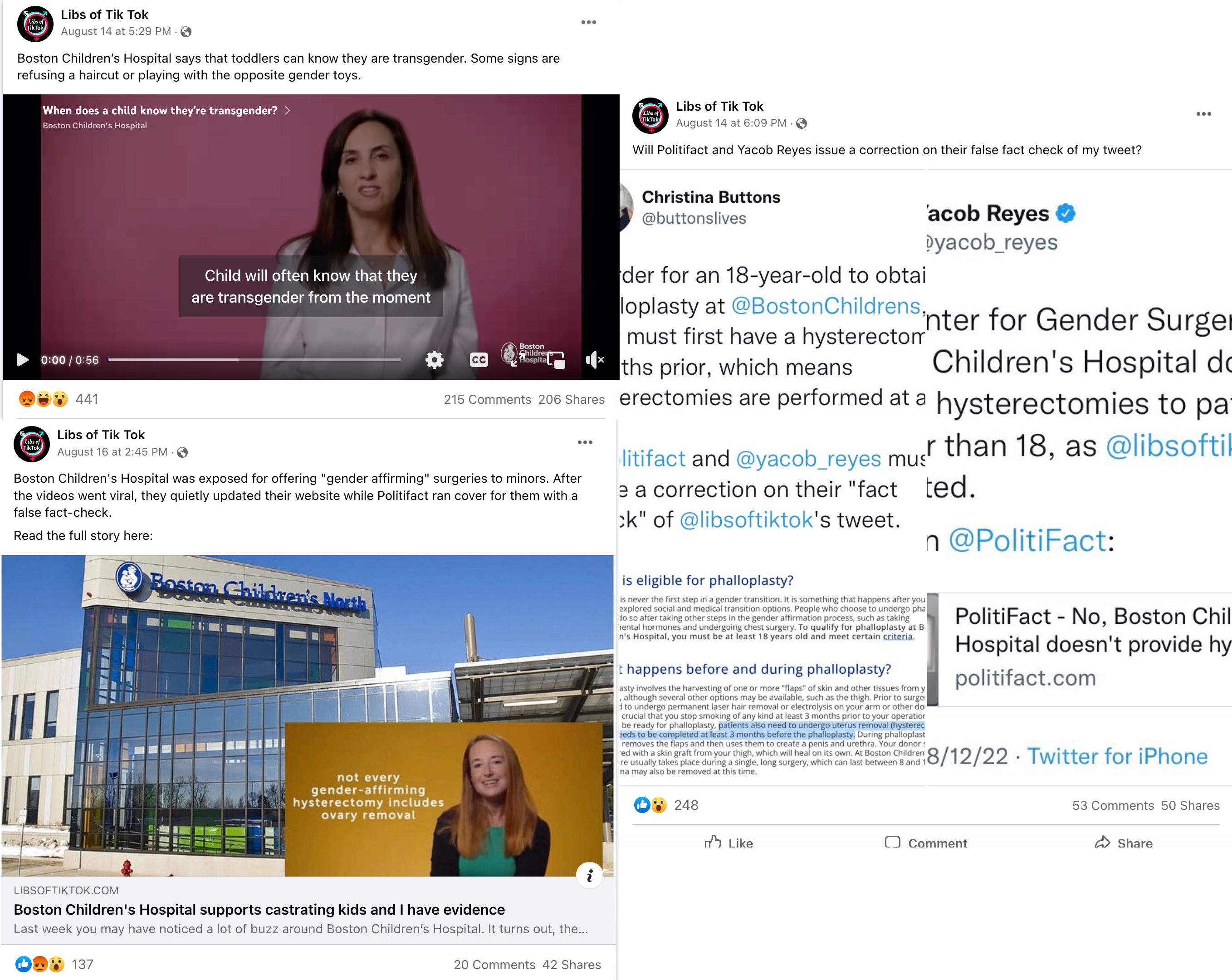 Libs of TikTok also maintains an account on Instagram, which is owned by Facebook’s parent company Meta and has similar policies against hate speech and harassment. According to CrowdTangle, the account has at least 400 posts that have earned over 2.3 million interactions and more than 6.5 million views.

In these posts and the account’s Stories, Libs of TikTok has targeted children’s hospitals, such as Boston’s Children’s Hospital and other health care providers, to its 236,000 followers even after the reported Facebook suspension. 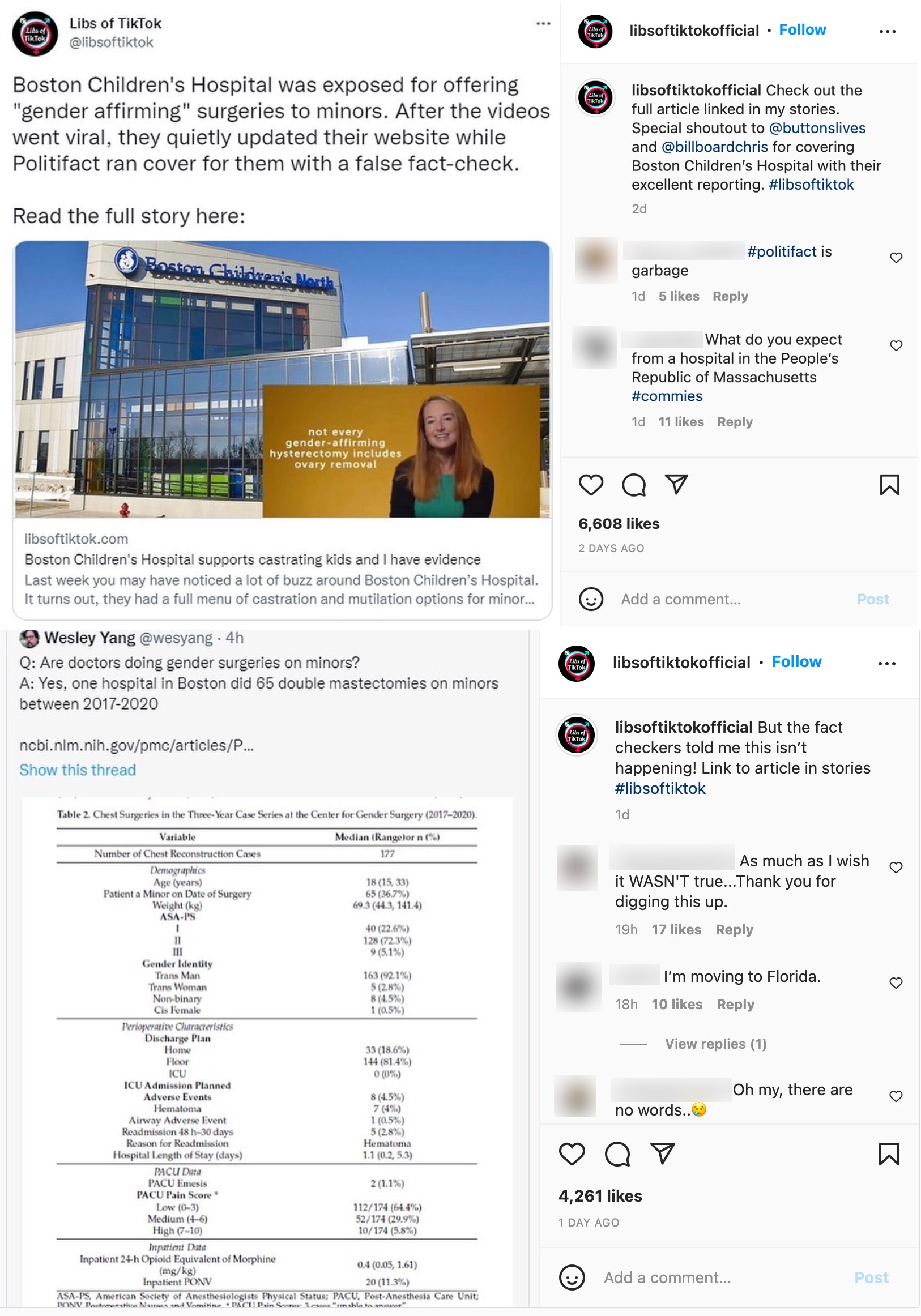