Twitter continues to the allow anti-LGBTQ account Libs of TikTok to target LGBTQ people and Pride events, even after right-wing extremist groups the Proud Boys and Patriot Front disrupted Pride events that had been featured by the account last week. The platform refuses to take permanent action against Libs of TikTok, only briefly suspending the account and leaving up a tweet thread that targets at least 35 events.

The Twitter account, which has been amplified by right-wing media and garnered 1.2 million followers, routinely mocks and targets schools, teachers, and members of the LGBTQ community and has now set its sights on Pride Month events featuring drag queens.

The platform has refused to take any permanent action against the account, despite the fact that it has suspended Libs of TikTok multiple times for violating its rules against hateful conduct and abusive behavior, and that the account has made false or misleading claims that have led to targeted harassment online and offline. For example, the account falsely claimed that a school was giving elementary students homework on “furries,” resulting in the school district's Twitter account receiving replies accusing the schools of “grooming” students and claiming parents were pulling their children out for “crossing the line.” In another instance, the account called on its followers to call child protective services on a trans couple featured in a docuseries about pregnancy.

Libs of TikTok’s most recent suspension came on June 8, when the account started a “MEGA DRAG THREAD,” in which it shared at least 35 events featuring drag queens and accused event organizers of “trying to confuse, corrupt, or sexualize kids.” 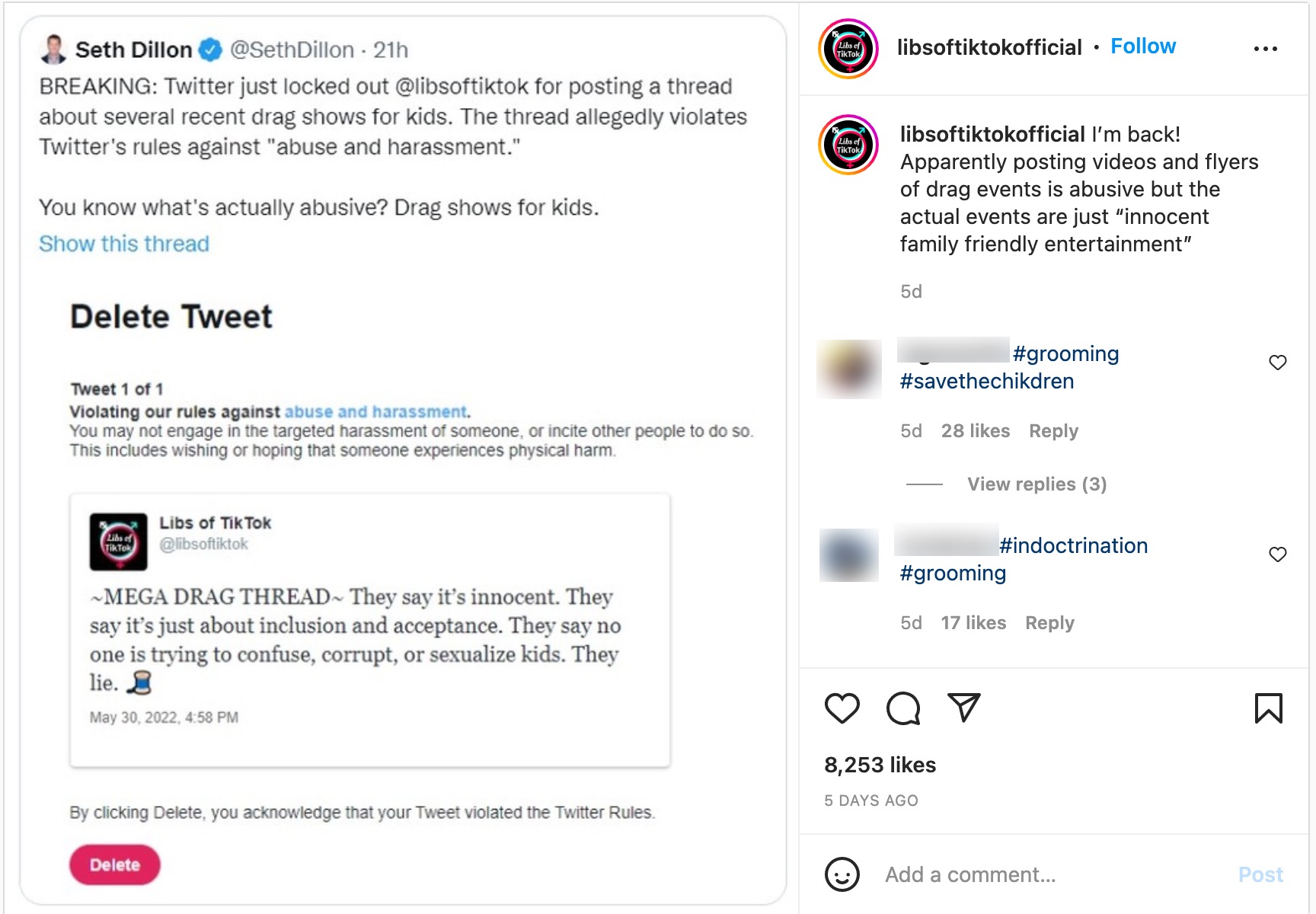 The next day, Libs of TikTok was back on Twitter. Twitter removed the first tweet of the thread, but the tweets targeting specific events or individuals, including the one that was disrupted by the Proud Boys, remain on the platform. The account’s tweets featuring the event that was disrupted by Patriot Front (which were separate from the “MEGA DRAG THREAD”) also remain on Twitter.

After Libs of TikTok’s brief Twitter suspension on June 8,  the platform has allowed the account to continue attacking LGBTQ people, drag queens, and Pride events, increasing the possibility that right-wing extremists might target additional Pride events. 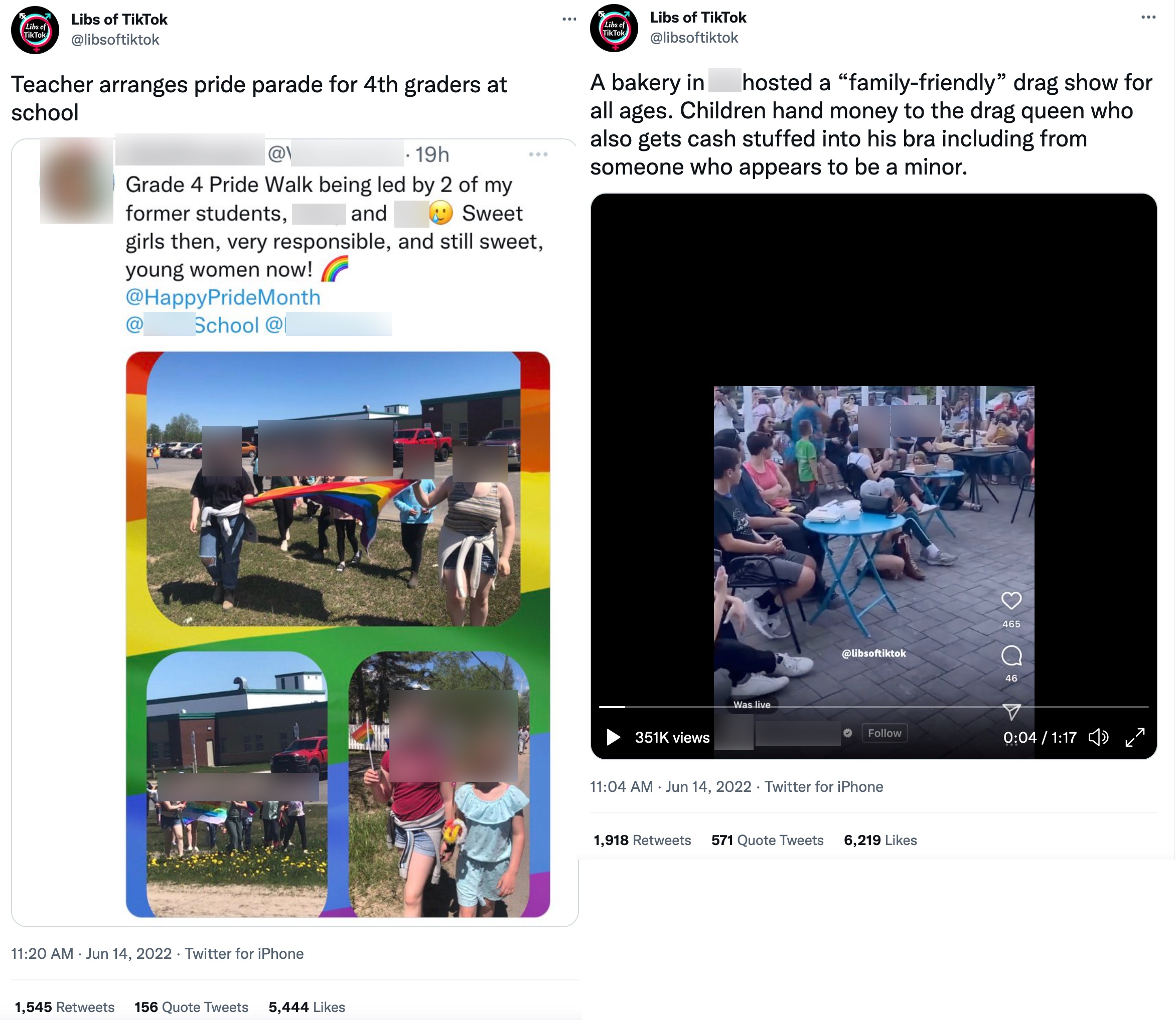 Twitter has policies that are supposed to protect LGBTQ people from targeted harassment, but the platform refuses to take action against an account that has repeatedly targeted LGBTQ people.