TikTok is hosting both content and personalities from conspiracy theory site Infowars, even though both the videos and the accounts spreading them appear to violate the platform’s community guidelines. The content includes COVID-19 misinformation.

Infowars is also one of the most relentless contributors to COVID-19 and election misinformation, and it's been banned from every major social media platform. But its content still appears to be largely available on TikTok -- even though the platform has released multiple statements emphasizing its supposed commitment to stopping misinformation about COVID-19 and the election. TikTok’s community guidelines expressly prohibit misinformation, which would apply to nearly all of Infowars’ conspiratorial content.

The platform is making extreme and misinformative Infowars videos accessible to its users, a third of which may be 14 or younger. A simple search for the “Infowars” hashtag on TikTok returns a large selection of videos detailing various conspiracy theories, with over 38 million views in total. Some of the videos show short excerpts of Infowars shows, while others piece together longer portions by breaking them into parts because of TikTok's time constraints.

TikTok account “Hidden News” has over 107,000 followers on the platform and regularly posts Infowars segments, as well as a slew of other far-right conspiracy theory videos. Hidden News’ videos routinely accumulate tens of thousands of views or more. In one example, the account recently posted a three-part Alex Jones COVID-19 misinformation series that has racked up over 1 million total views. While there is a banner on the videos applied by TikTok linking users to additional information about COVID-19, the videos have not been removed and the disclaimer does not mitigate their misinformative contents.

Multiple Infowars figures and guests have large followings on TikTok.

Infowars personality and far-right conspiracy theorist Paul Joseph Watson has over 22,000 followers on TikTok. In 2019, Watson launched Summit News, an affiliated project of Infowars meant to get its brand of toxic commentary before a younger audience on mainstream platforms. Per Summit’s website, Watson appears to be posting many of the same videos on his TikTok account. His latest TikTok video downplays COVID-19 and emphasizes to his viewers that it is not “masculine for young men” to wear a face mask. 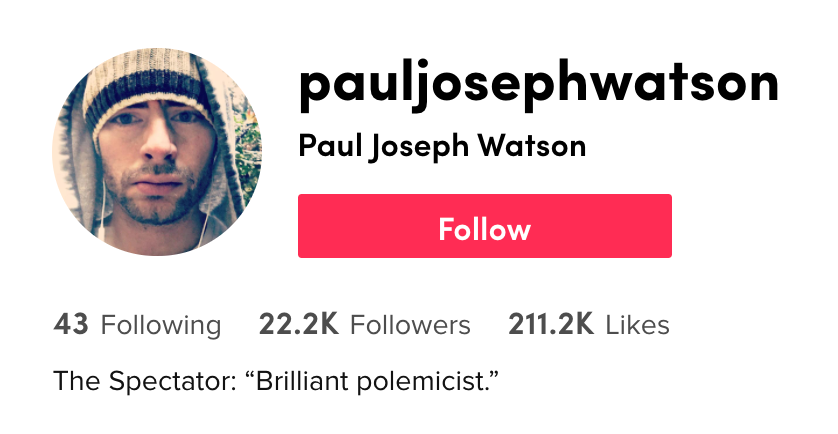 While Infowars host Owen Shroyer was banned from TikTok in May 2020, a fan page that solely posts Shroyer’s videos remains active with over 40,000 followers. This discrepancy was first highlighted by The Daily Dot in January, but the account has yet to be removed. Searches for Shroyer have also not been blocked on the platform, and all of the resulting top videos are Infowars segments featuring him. The “OwenShroyer” hashtag on TikTok has over 45 million views. 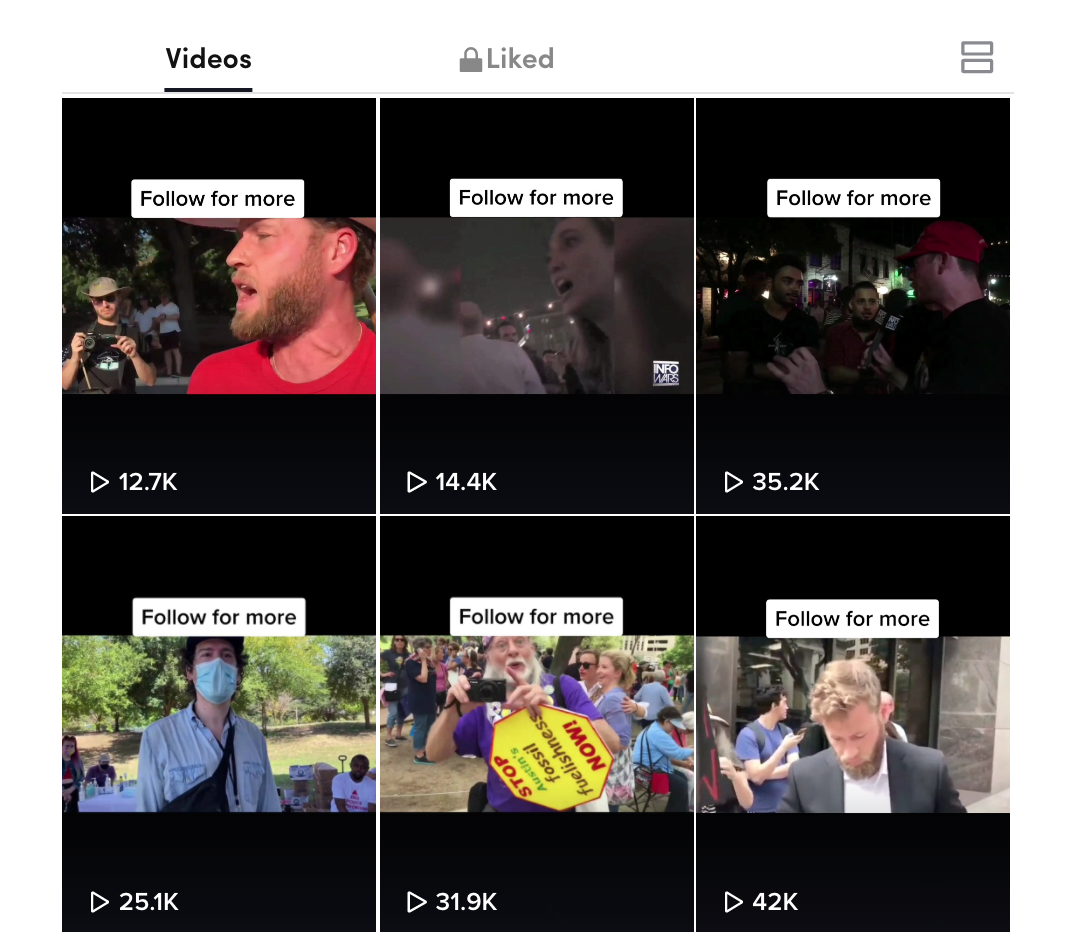 Frequent Infowars guests and far-right commentators the Hodgetwins are also openly evading a ban on TikTok. Their previous account was banned from TikTok in December after pushing false claims about the election, but a new account has since appeared -- Hodgetwins2 now has over 43,000 followers and alludes to ban evasion in the bio, writing, “We are back (for now).” 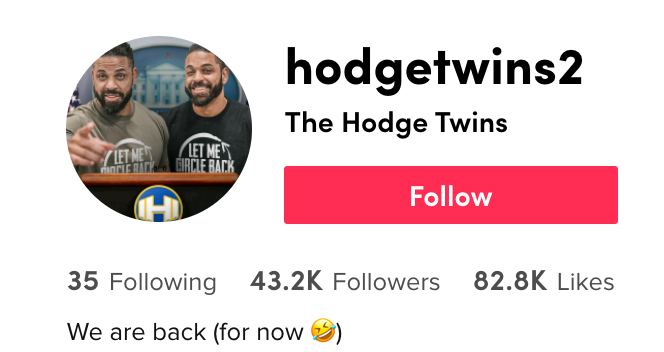 Hodgetwins2 follows only 35 profiles, one of which is described as a “fan page” named hodgetwinstv that exclusively posts Hodgetwins content to over 181,000 followers on TikTok. 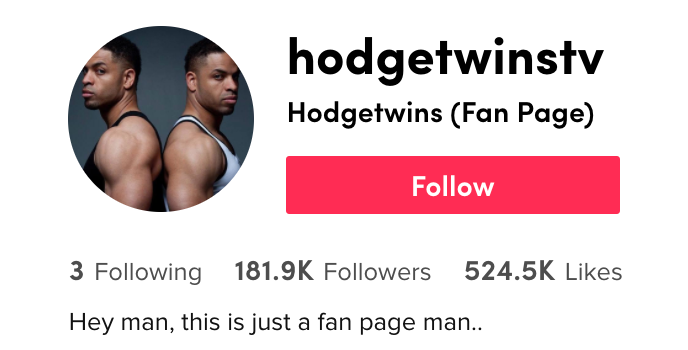 By allowing these figures and conspiratorial content to remain on the platform, TikTok is enabling the spread of dangerous misinformation and far-right conspiracy theories to be inevitably consumed by its overwhelmingly young audience.