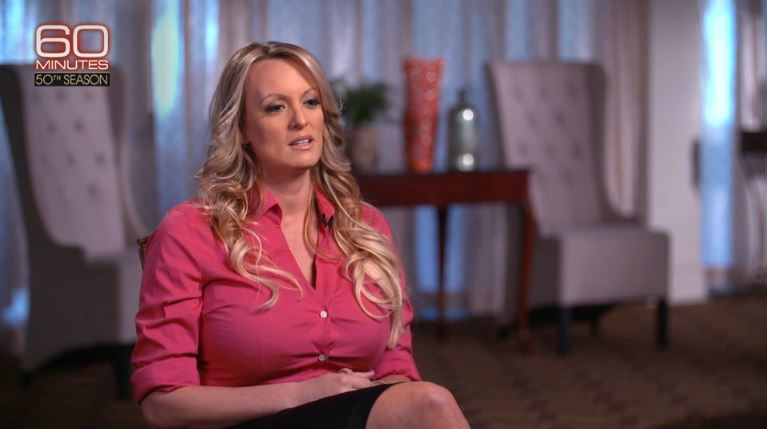 Fox & Friends, the Fox News morning show whose propagandistic coverage of President Donald Trump has made it one of his favorite broadcasts, has been all but ignoring allegations that a woman received a six-figure payout in the waning days of the 2016 presidential election to keep quiet about an alleged sexual relationship with Trump.

Stephanie Clifford, who acts in and directs adult films under the name “Stormy Daniels,” told her story last night on CBS’ 60 Minutes, saying she had an affair with Trump in 2006 and was threatened in 2011 after she agreed to give an interview about it. While Trump has denied the affair took place, one of his lawyers, Michael Cohen, paid Daniels $130,000 in October 2016 in exchange for her signing a nondisclosure agreement that precluded her from discussing it. On 60 Minutes, Republican former Federal Elections Commission Chairman Trevor Potter said that the payment could constitute an illegal in-kind campaign contribution.

This morning, the story led all three national broadcast morning shows and was the subject of numerous segments on CNN and MSNBC. But on Fox & Friends, coverage was limited to a 50-second news brief from news anchor Jillian Mele that aired during each of the program’s three hours.

The program’s three co-hosts did not discuss Daniels as they sat around the show’s curvy couch. No network correspondent detailed the fallout from the White House lawn, nor were political analysts convened to predict what might happen next. White House deputy press secretary Hogan Gidley made it through an interview without having to dodge any questions about the story. Daniels received less attention from Fox & Friends then did the latest developments involving former Democratic presidential candidate and regular Fox punching bag Hillary Clinton.

This dearth of coverage is not an anomaly -- like the rest of the network, Fox & Friends has largely ignored Daniels’ allegations. In fact, this morning’s news briefs constitute more coverage than the program has given the story in the 10 weeks since The Wall Street Journal’s January 12 report that Cohen had arranged the Daniels payment.

Fox & Friends had previously devoted a total of 50 seconds of airtime* since that story broke, all coming on March 7, the day Daniels’ lawyer announced that she had sued Trump, saying that Trump had never signed their hush agreement and thus it was void. That morning, Mele read a 20-second news brief on the story.

Then, in the only mention of the story by any of the program’s co-hosts over at least the past 10 weeks, Doocy mentioned Daniels’ claim that the nondisclosure agreement was void -- without detailing her allegations about the affair or mentioning the payout from Cohen -- during an interview with former Trump attorney Jay Goldberg.

Goldberg replied, “Well, I think it’s true. If it’s an agreement, you need the signature of both parties, and if there’s no signature by him, it’s not valid. Nondisclosure agreements are looked at with skepticism because it impairs negatively on the right of free speech.” With that, Doocy concluded the interview.

* Media Matters searched the TVEyes, iQ media, and Snapstream databases for references to “Stormy Daniels” on the program since January 12.